Thursday: Paris Blog- Bertie’s CupCakery Opening in Paris! (Side note, it occurred to me later that you may not understand that Bertie’s CupCakery is OUR bakery, not some random one.  Yes, we are opening a cupcake storefront here in Paris.  Soon…very soon.)

1) Interbike – non-tech posts: Swing over to CyclingTips for tons of pretty pictures about everything non-tech.  In their last post, I too played around trying to get the right shot of the Giro trophy…though, the Giro lady they show/noted, was nowhere to be found.  In fact, there was nobody there.

2) The Paul Kimmage fiasco: Yes, cycling politics never ceases to amaze me.  We just don’t have this stuff in triathlon.  Go read that post for a general overview of the situation.

3) The fastest bike change you’ll ever see in a race: No, really, you need to check this out.  It’s unreal.  (via Gerard Vroomen Twitter)

4) Chocolate Bars Fitted with GPS trackers: I’m not sure what to think of this…but, it’s certainly unique! (via GPSTracklog)

5) Bia Prototype Video Shown: A short little clip of the innards of the Bia as they show off touch acknowledgement of the display.  Neat to see some of the behind the scenes.

6) Nokia Lumia 920 has Bluetooth 4.0 (and thus Bluetooth Smart compatibility): Sweet to see this phone amongst many new entrants with BTLE support.  Looking forward to picking on up and seeing apps released for it.  Also the 820 as well. (Thanks Cauld for heads up!)

7) First awesome ski film coming out: This one’s releasing Oct 20th, and amazingly enough – in Paris.  Woot!  Un-woot though because I have meetings in Barcelona that weekend. No ski film for me. (Thanks to my brother for sending over)

8) Second awesome ski film coming out: This one kicks off its US tour here in about 10 days.  All of the details are at the link above.  Or, you can just be like me and watch the pretty video instead.

9) For the geeks: Programming the Recon Heads Up Display glasses: Cool stuff, but really, for the geeks and coders in the house.  Everyone else will just glaze over.  Enjoy!

10) Magellan (maker of GPS stuff) opens some form of beta program: I’m not clear on what this is for, nor their criteria for entering, nor when it ends.  I just know from their Twitter feed it’s for their beta program. That is all.

Garmin releases Basecamp for iPhone, connects to Fenix: You can grab the free (and fairly limited) app at the link above.  Worked well for me.

Garmin updates Fenix, fixes a ton of stuff: You’ll definitely want to pickup this update.  I think they fixed more things than Lindsay Lohan gets in trouble for.  That said, still seeing lots of oddities with FIT data on the unit.  In short, the Fenix has the potential to be a good runners watch (even great), but today, if you have a Forerunner, you’ll be disappointed as a runner with Fenix.  Potentially occasionally frustrated.  Lots of weird quirks.  Outdoor/hiking first, running second.

TrainerRoad will be releasing Bluetooth 4.0 support on Monday: For Kinetic inRIDE and Wahoo KICKR primarily.  On Friday they’ll release their workout creator.

A whole crapton of other iPhone Apps were updated this week.  Rather than detail each and every one – you can just scroll through the listing below to check them out.  I’m sure there are many more, but these are just the ones I have installed (or people tell me about). 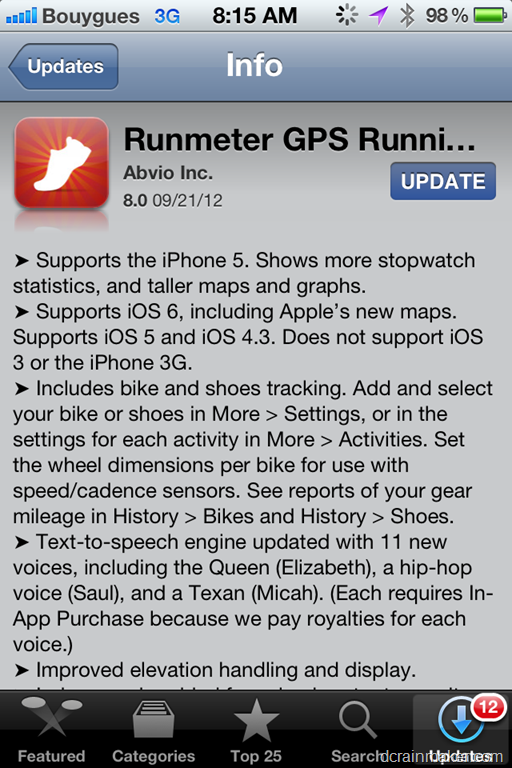 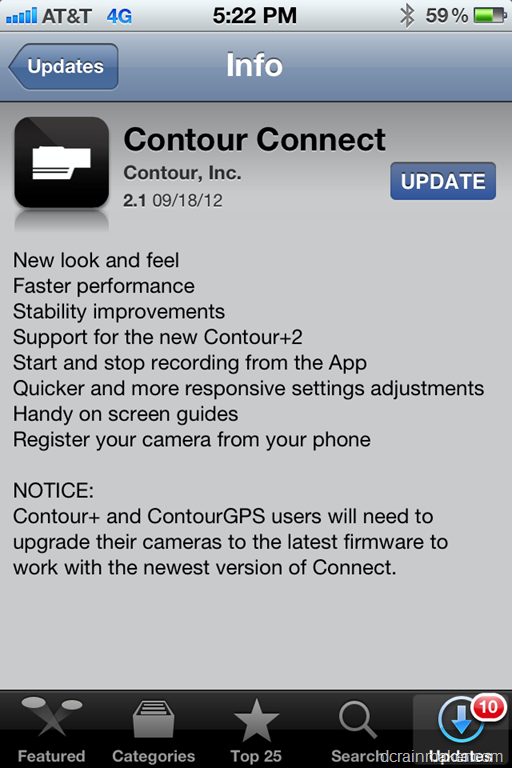 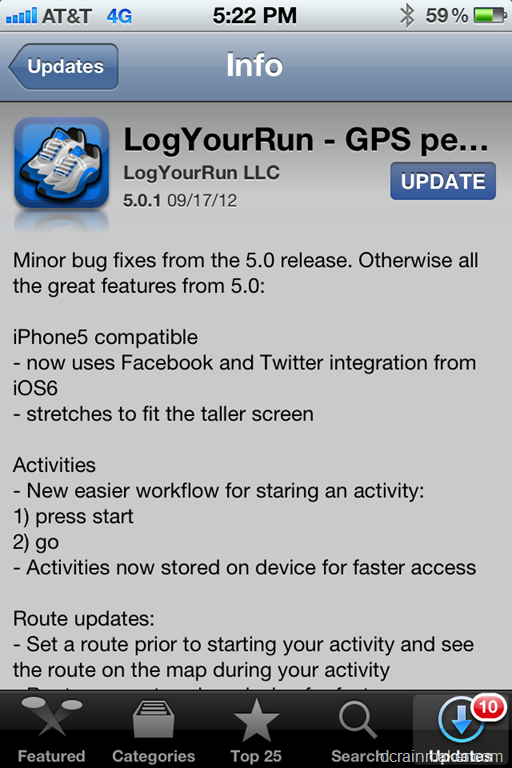 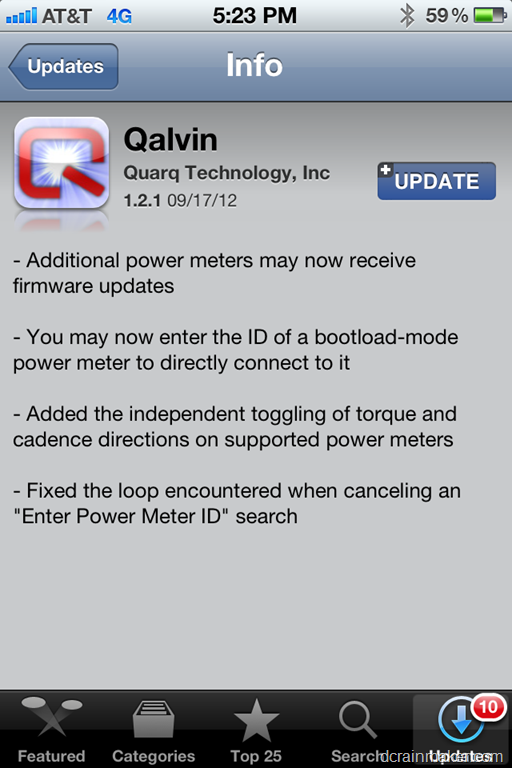 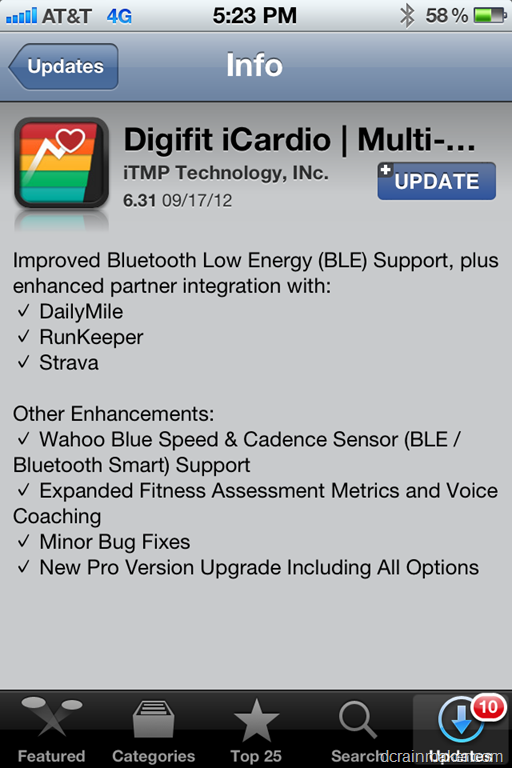 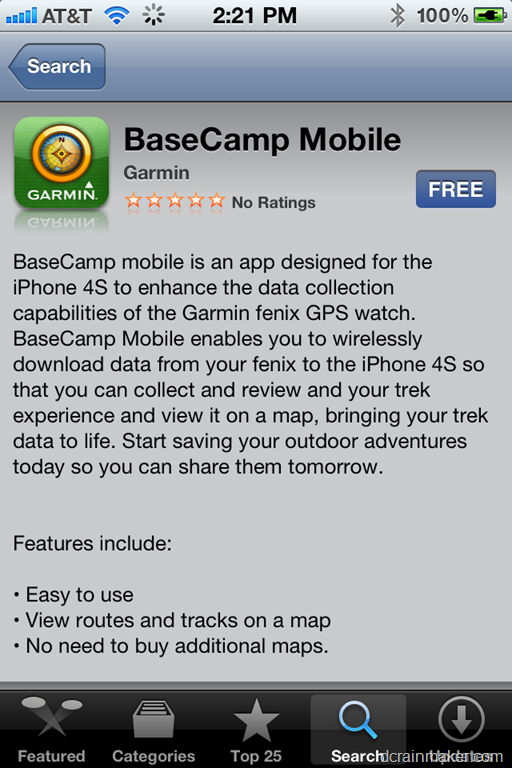 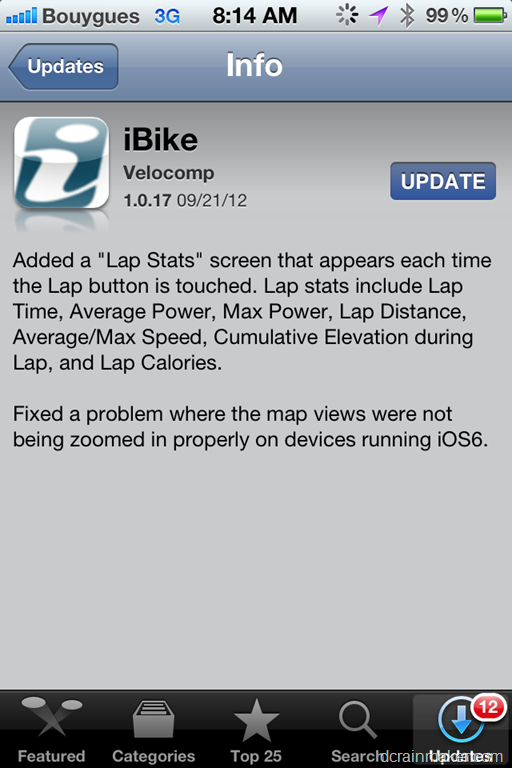 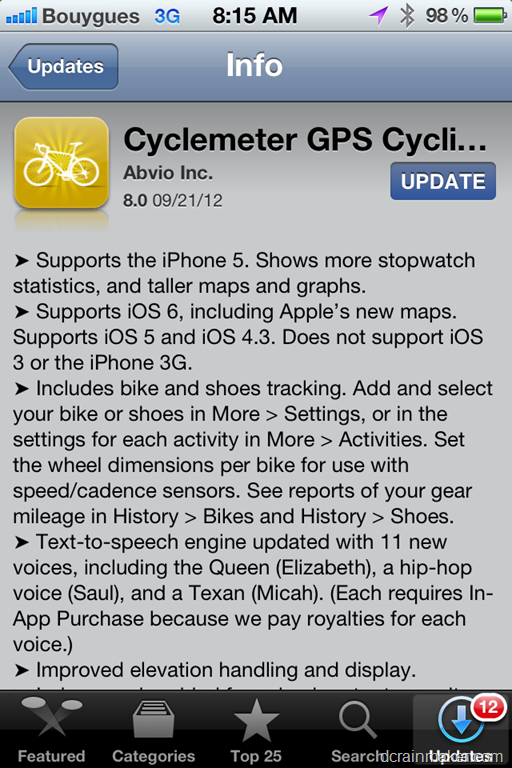 Ok, that’s all folks.  Thanks for reading!