Last Thursday I did one of my typical single-day turnaround trips for work.  In the states, these were often done with airplanes.  For example, DC over to Chicago, up to NYC or Boston, down to Charlotte, Raleigh, Florida, and any number of places you could easily do without crossing the confines of a single day of the week via plane.  The longest of which I can remember was Vegas to DC and back in a day.

Here in Europe, the train system allows me to do much the same (don’t worry, they have airplanes here too).  Last Thursday was a quick day trip up to Brussels.  It started with me leaving our apartment a few minutes after 6AM to catch the RER (metro) train up to Gare du Nord (one of the main train stations). 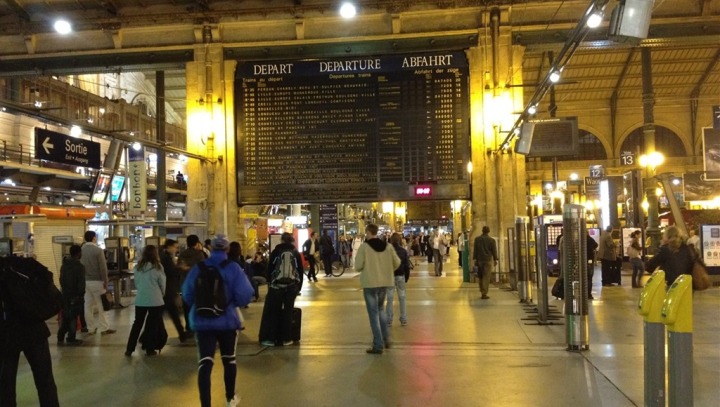 From there, I caught a high speed train for the 1hr and 15m journey up to Brussels, Belgium.  Due to a hard drive crash at 10PM, and having to rebuild everything all night before a day of presentations and demos, I had only gotten about 2 hours of sleep before the train ride.  So I was happy to get any sleep I could on the whisper smooth high speed trains.  Regrettably, it somehow arrived 10 minutes early (I’m sure everyone else was excited about that…me, not so much).  Every minute counts when you’re talking that little sleep.

Once in Brussels, I spent the day until just after 5PM in meetings, with the second half of the day presenting.  Neither me, nor my computer malfunctioned thankfully.

With work complete it was time to get in a run before my train ride back home.  A number of weeks ago a reader had e-mailed me about our move to France and noted that if we were ever in Paris, to look them up.  So I did.

A few e-mails exchanged, and I found myself getting into a black sedan with tented windows on the corner of a street with a person I didn’t really know.  I suppose numerous movies don’t end well this way – but enough other people were on the e-mail thread that I felt safe (our wives and other running buddies).  Plus, as long as he fed me Belgium chocolates and waffles in captivity, I’d be content.

From there we headed over to his place to change and meet up with another reader/runner for our run.  So, out into the streets of Brussels we went.  You may remember that this is actually the second time I’ve been to Belgium now, with the first being back in July for the first and second stages of the Tour de France.

Our run would take out largely in suburban areas.  We started off heading past a giant park (Cinquantenaire), which was full of folks out and enjoying the early evening in all manner of physical activity. 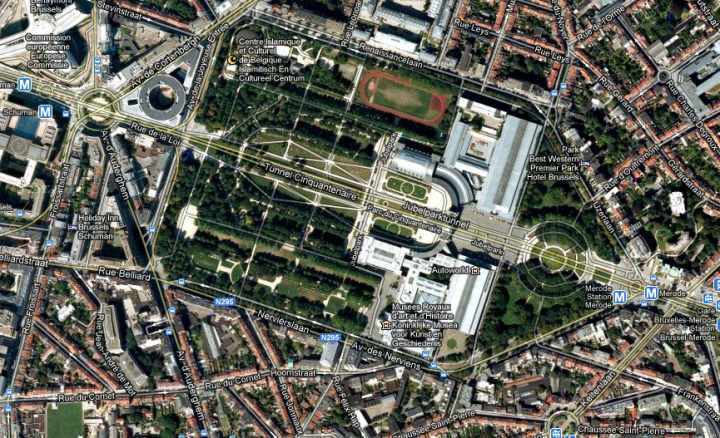 Along the way we passed the military academy, and their rather nice looking track – which you can sorta see in the photo below, right below the massive sunburst.

(Photography geek side note: I’m super jazzed about pre-ordering the Canon 6D yesterday – the built-in WiFi, SD card, and GPS are the three core features I’ve been wanting built-in.  Auto-focus is so-so, but it’ll work great as a secondary main body for both event and review shooting.) 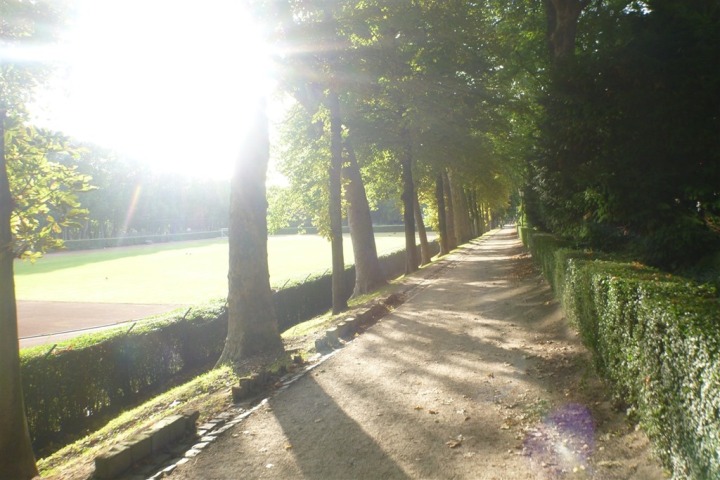 After rounding the perimeter of the park, we headed down a main boulevard that was lined with tram (train) lines on either side.  It was noted that this wouldn’t have been the place to be fatigued after a 20 mile run and forget to look both ways when crossing the street.  The trams would have flattened you in no time.  On a related note however, my ‘tour guides’ said you can apparently rent a tram for parties and the like, and spend the evening wandering around the city in your own tram.  Pretty cool. 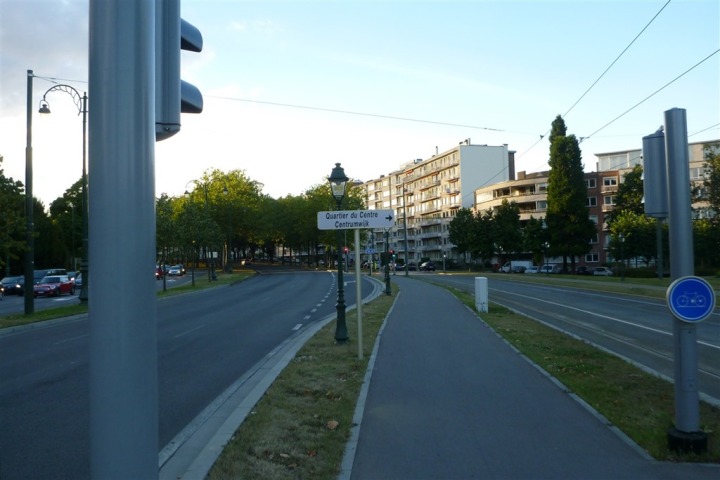 While the trams would have pancaked you like a bad Belgium Waffle, interestingly, the cars would not have.  I was astounded at how both of my newfound running partners would run right in front of very much moving cars, and every single time the cars stopped without any irritation.

In the states and Paris, they would have died many times over on this run.  Turns out though, Belgium drivers are quite friendly.  Or at least, patient towards runners.

After we diverged from the traffic we hit up a nice greenway.  It was a converted rail line at one point, and now serves as a hard pack trail. 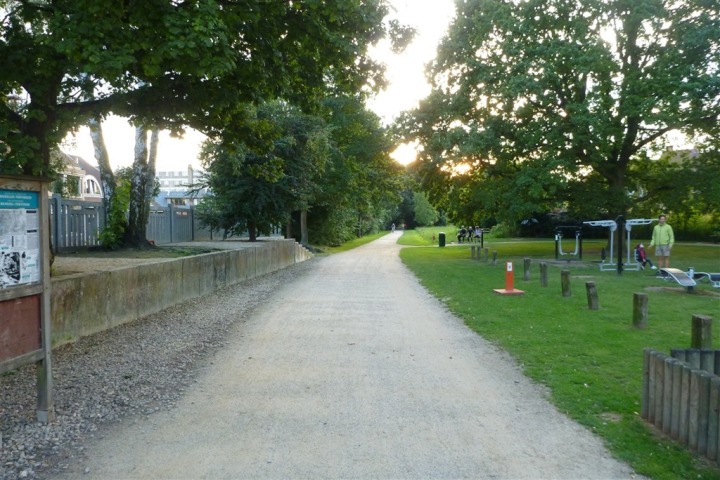 The trail reminded me quite a bit of the Canal Towpath that snakes out of Georgetown in Washington DC.  Virtually indistinguishable at points.  A subtle reminder of what was my life just a few short months ago. 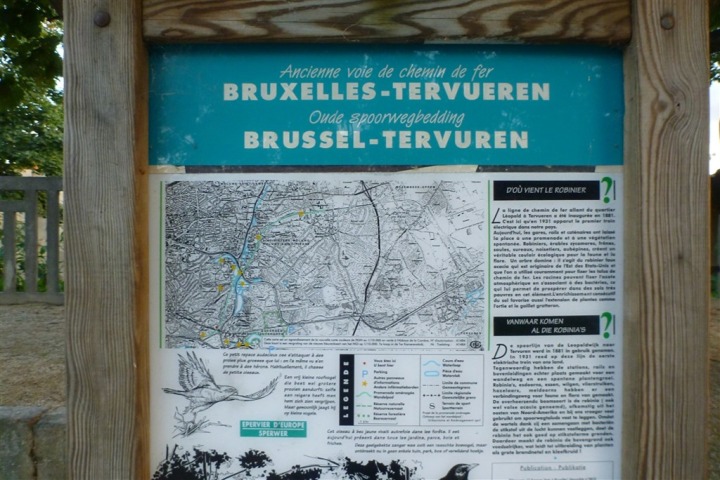 We ran about 4.5 miles outbound, where we turned around at the above sign – which details the path.  From there, we turned back around and headed back home.  After all, I only had so much time before the last train of the night back to Paris.

You can see the leaves starting to fall here in Europe.  The night was absolutely one of those perfect running weather nights though.  Every runner knows exactly what I’m referring to.  The slightly crisp fall air, cool enough that you’re not drenched, but warm enough that at the start you’ve got a bit of sweat.  And most importantly, shorts and t-shirts are still the norm. 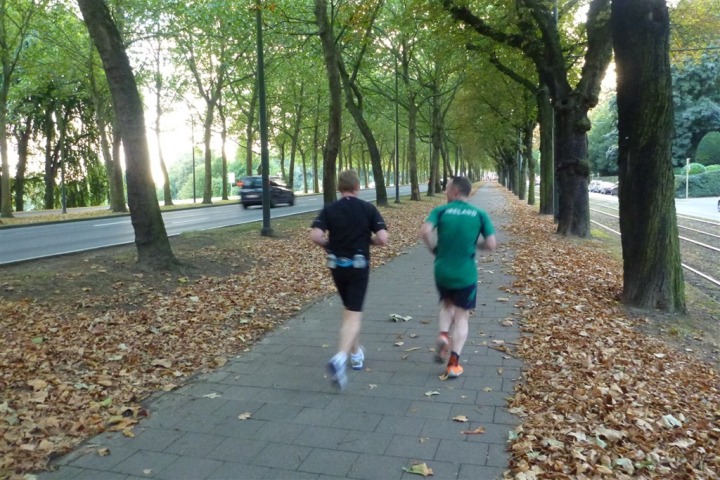 Once complete, we clocked in about nine miles.  Not too shabby for 2 hours of sleep.  Around this time though I realized I hadn’t actually eaten anything all day.  Not sure what happened at lunch exactly, but it didn’t happen.

We had about an hour left before the train, so we made a quick beeline for the Grand Place, which is an amazing city square (and World Heritage Site) surrounded on all sides by towering ornate buildings.  Really amazingly impressive.  Regrettably, my little cell phone camera does it absolutely no justice. 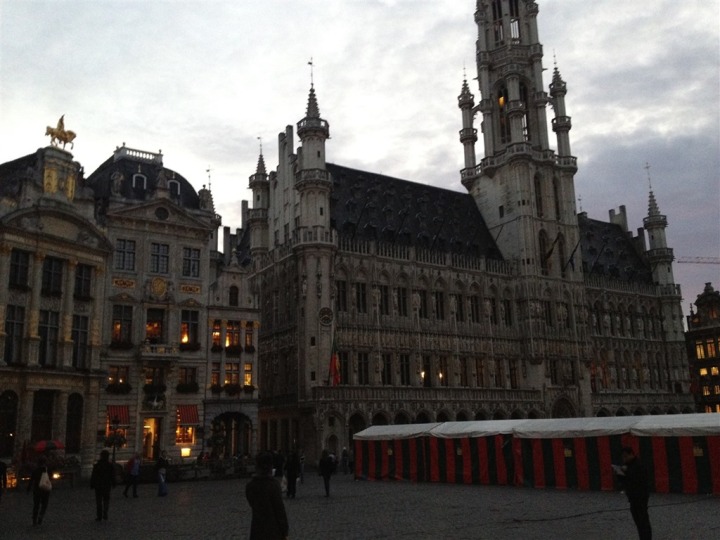 We hit up a pita shop that put together a meat creation unlike anything I’ve ever had.  It wasn’t even listed on the menu.  Special request only, as they knew the owners.  I don’t know what it was called, but I really need to know how to get it FedEx’d daily to me.  Please?

While the cellphone camera failed at the above photo, it did work well in the arena of chocolates.  Notably, chocolate shops.  Luckily, the folks I was presenting to earlier in the day sent me home with a bag of quite expensive Belgium chocolates as a gesture of thanks – which The Girl and I have been slowly working our way through. 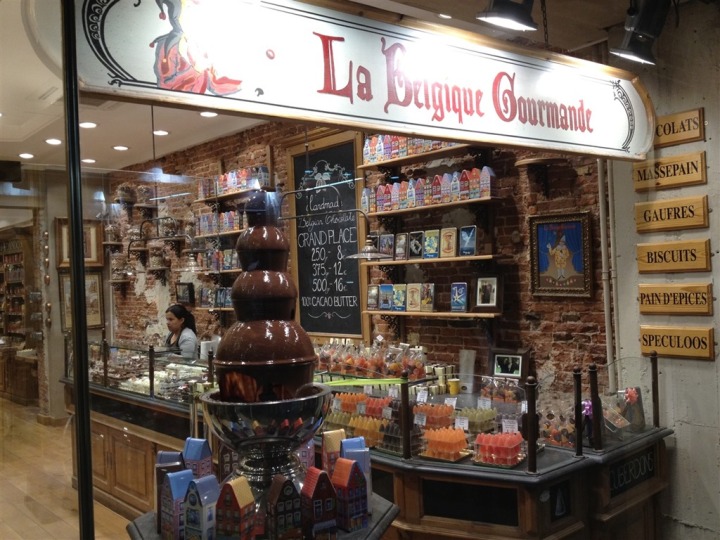 With my time in the square done – it was back to the train station I went, for my 9:15PM train to Paris. 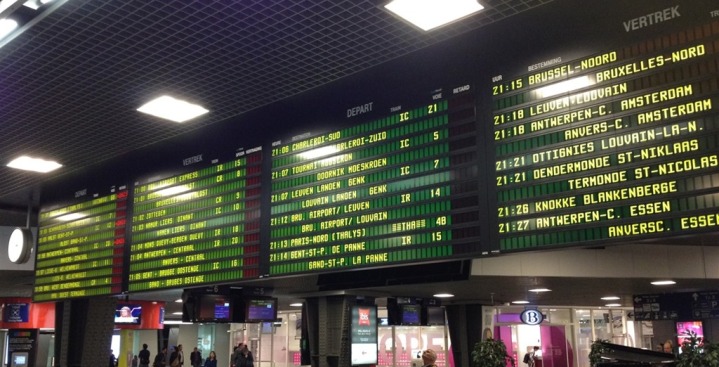 By 10:30PM I had whisked across the dark countryside and arrived in Paris.  Only a short metro ride and a walk across the square in front of Notre Dame was left.  Both completed in about 15 minutes time – putting home just shy of 17 hours after I left.

Thanks Sean for the run – and looking forward to catching up again!  Good luck in a few weeks at the Dublin Marathon!