It’s been almost a year since I did a big power meter pricing chart.  Sure, I talk about pricing in my annual power meter buyer’s guide, but pricing continues to fluctuate a bit.  So I figured I’d do a recap on where things stand, and what’s new, as well as what I see happening over the next few months.  Oh, and I’m calling this ‘Spring’ because the trees have started to blossom (well, one of them anyway).  The fact that spring is technically still 6 days away is besides the point.

To recap since roughly last fall with my power meters buyer’s guide, here’s the big ticket items that would have impacted pricing or products in the market:

Remember, the mere act of launching a power meter has zero impact on pricing.  Essentially, you have to ‘put up or shut up’, when it comes to having any impact on the prices in the market.  So companies like Limits, Brim, and Xpedo don’t impact any pricing decisions until people can validate it’s both a functional product and ones that you can install on your bike today.

How Pricing is Tracked: 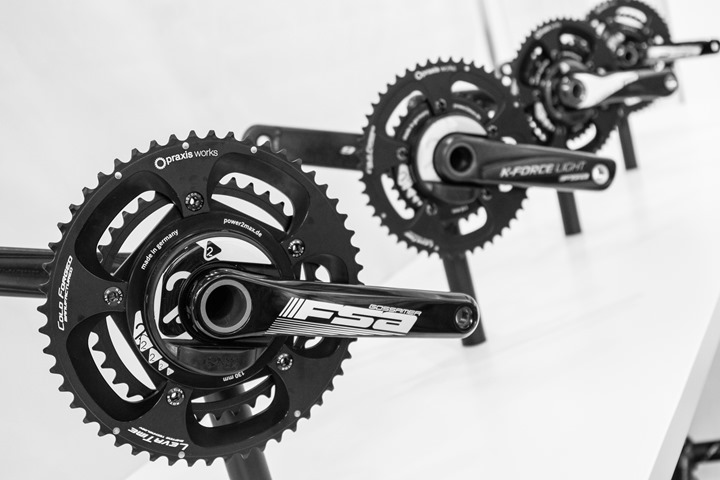 Thus, in order to keep things simple, I put down some ground rules on pricing (I had to draw lines somewhere):

1) Non-sale prices: The lowest non-sale price for the unit within that calendar year,.  I didn’t want Black Friday sales and the like hosing it up.
2) Only list/retail prices:  Some bike shops may offer discounts (i.e. the DCR Clever Training 10% deal), which would make it difficult to track all units equally.  So I excluded those.  Also, shipping costs are excluded since that’s usually based on the retailer.
3) Whatever model is cheapest: Finding the least expensive unit offering they have.  Most power companies have a myriad of variants available.  I just went with the cheapest unit they sold in a given category, with no accessory options.
4) US Dollars: Products are priced at all sorts of levels globally.  I just went with USD, because quite frankly I can’t keep track of hundreds of currencies and product prices in those currencies.
5) Shipping Products only: While I do show both shipping and announced (not yet shipping) units in the first few charts, I only focus on products you can actually install today after that.

I should point out however that SRM didn’t really want to ‘play’ in this historical exercise (despite numerous official and unofficial requests).  And while a few awesome non-SRM folks have tried to help me piece this together, I felt like the data was too unsure to include it.  Rather be safe than sorry.  So right now I’m only going with a single SRM 2015 data point and will collect data points going forward.  If I can get historical base-unit USD price list data that I absolutely trust (without the head unit or accessories), then I’ll add it in.  Otherwise, we’ll just mentally note it was more expensive than everyone else.

As you might guess, I wouldn’t say I have a flawless method, but I think it’s reasonably solid.  Going forward I have the baseline to track these more easily.  Oh – and one more thing, I actually tracked a 2015 year end data point, as well as new March 2016 data point. I figured that’d be interesting.

You’ll notice I included the PowerPod in there, which is a non-direct force power meter (DFPM).  It uses aerodynamics to determine your power output.  Yet, I didn’t include the $99 PowerCal.  In my testing, I don’t feel the PowerCal is in the same ‘accuracy category’ as the PowerPod, hence my line in the sand.  Definitely read both reviews though to understand the pros/cons of those products (PowerCal review here, PowerPod here)

Finally, for fun here’s some of the upcoming still-to-ship units from a pricing standpoint.  Yes, I know some of these are supposedly close, but until at least one production unit arrives in somebody’s hands (non-media, non-pro rider, non-beta user), then it doesn’t count.  And of course, some of these have been perpetually close for a long time.

Ok, with the raw data out of the way, let’s get graphical!

Like last year, I’m going to run through a whole bunch of charts, because charts are pretty.  I liked the charts I used last year, so I figure why change it?  First up is all units shipping today:

Here’s what’s supposed to come down the line from announced but not yet shipping parties.  Note that prices are subject to change (for example, 4iiii hasn’t released any updated pricing guidance).

Now let’s break them out into crank region ones first (anything involving the crank spider, but not including the pedals).  It’s perhaps a bit arbitrary, but eventually you have to draw the line somewhere.  Oh, and as usual, shipping ones only.  And yes, there’s some semi-duplicate colors.  Look, there’s only so many colors of Skittles, and we’ve run out of new ones.  This is not the 128 pack of Crayola here.

Then pedals based solutions (dual only):

Then looking at the various left only solutions.   The lowest here is still 4iiii’s at $399, you’ll notice it went up – that’s because they tweaked things last year when they shifted from self-install to send-yours-to-be-installed, so the calibration kit price was baked in (thus going from $349 to $399).

There’s only one wheel hub on the market, the PowerTap hub.  It continues to see price drops, and this past January was no exception.  It’s still an awesome workhorse, and probably the unit that much of the power meter industry counts on to compare against during road testing (since it’s outside of the crank region that many are developing products within that would mechanically conflict).

Oh, and I didn’t make a chart for the PowerPod non-DFPM, because it would just show a single dotted line as they haven’t changed their price any since shipping in November (at $299). 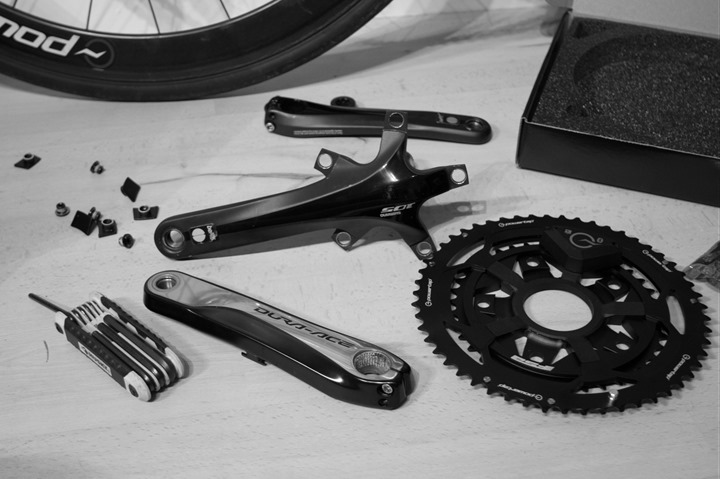 So what’s in store?  Here’s some bulleted thoughts for a number of the players.  Nothing too long, just sort of my quick one-liners about each one.

As for a new buyers guide, we’ll see.  I think I’ve largely covered everything in my existing guide, so at this point it’s more around pricing changes and products finally making it to market.  For example, the PowerBeat units.  But otherwise everything else was released at the time of my buyers guide last fall (though my 4iiii Precision review came out afterwards).