Someone left a floater

Due to a flip-flop in the weekly schedule of runs, both the Girl and I were in position to be able to enjoy a nice 10 mile run with our friends on Saturday morning.  Normally the 10m run run occurs on Thursday’s, and Saturday is usually the home of the more painful interval workout.  But with the Cherry Blossoms in full bloom here in Washington DC, we took advantage of Pacer’s weekly Saturday long run to go out and enjoy all the little pink and white flowers.

The pace started out pretty casual, and then built to a fairly solid sub-7 pace for the rest of the run.  We began in Virginia at Gravelly Point – where planes scream right overhead: 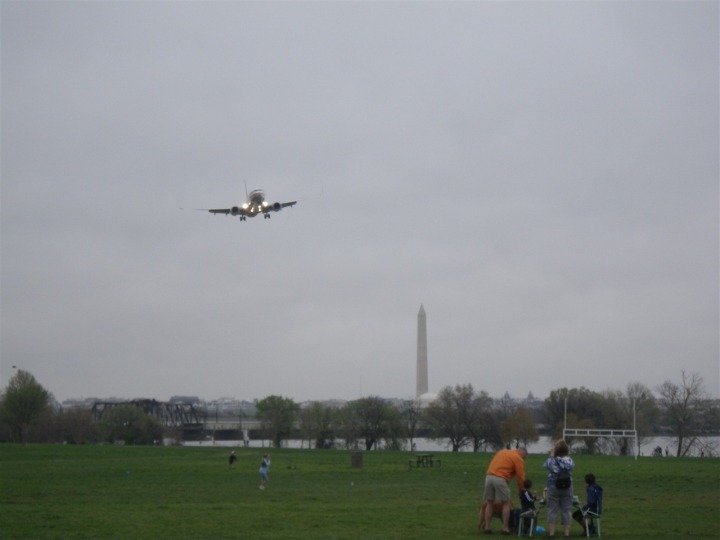 From there we ventured over the Potomac and into the heart of the busiest tourist foray the district sees each year – the annual Cherry Blossom Festival. 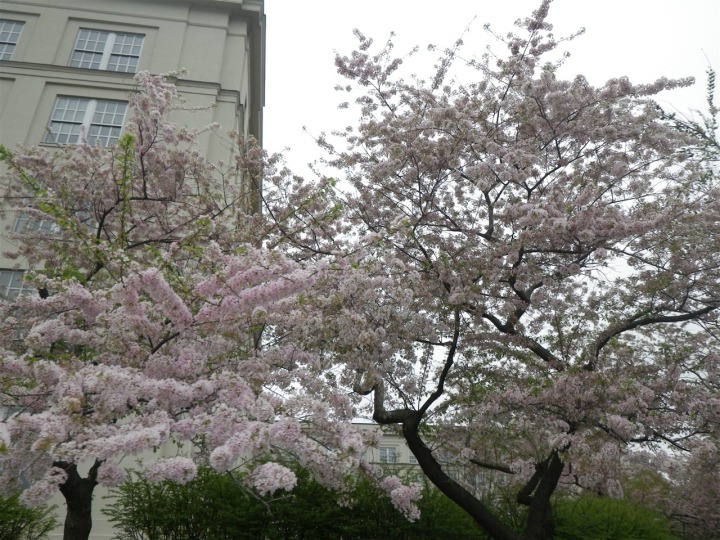 Now, I can’t exactly say my pictures were terribly great.  First off – I didn’t stop running.  Secondly, that time of the morning the weather was pretty overcast and blah – making for bland blossoms.  But, I enjoyed it nonetheless.  If you want to check out all my much cooler pictures from last year, go visit this photo post I did. 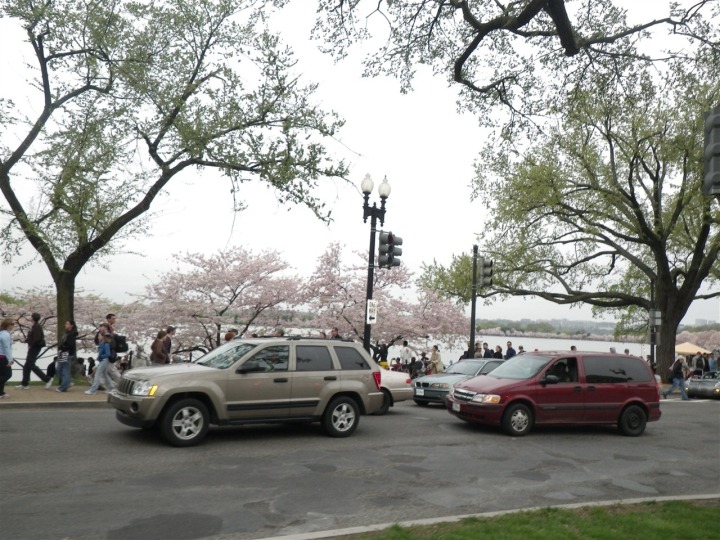 We’d eventually make our way to the US Capitol.  Interestingly I had another pigeon challenge me in almost the same place as one did prior.  This time the bird wisely moved out of the way, unlike last time.  From there we made a u-turn back down the mall and returning back to the Commonwealth of Virginia (if you ride the subway system here in DC – the Metro – the train conductors always announce the ‘first top in the Commonwealth of Virginia’). 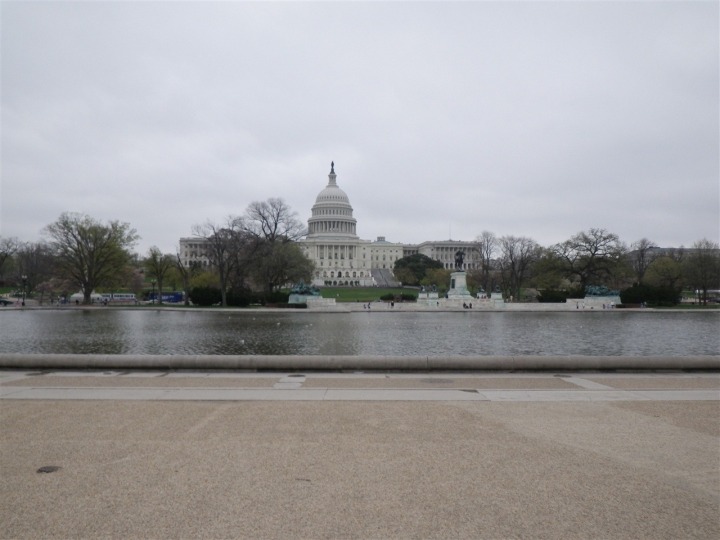 After we were done with our run, it was time to get the swim completed.  We were pretty excited at the prospect of having all our day’s workouts done prior to the magical 12:00PM.  We drove on down to the Rec Center and walked in to a rather quiet Front Desk area.  The guy behind the counter called out my name in hello, and then started to check us in.

As he did so he said: ‘So you know the pool is closed for another 90 minutes, right?  There was a little accident in the water and it has to wait’.

To which The Girl replies without skipping a beat: “Someone left a floater, ehh?”

The entire reception area just looks up in moderate disbelief.  Not so much she said it – but just how nonchalantly she said it without so much as a pause.

Needless to say, we didn’t previously know about the Floater – and therefore it put a wrinkle in things.  So we hightailed it down to another county Rec Center and got our swim in there.  Not too bad, a 3,200 yard continuous effort, which finished with a 500yard TT (time trial).  Given it was the second workout of the day – back to back – I was happy to keep the pull buoy TT sub-7 minutes.  And while we missed the 12:00 cutoff mark, it was only by a few minutes, so close enough in my book.

On the way home we swung by a place right near the house that the city had used back in February to stash away much of the blizzard’s snow.  Given we run by it all the time, we’ve been slowly watching the miles of snow go from 10-15’ high covering an entire parking lot, down to just a few icebergs left.  This is the last of it: 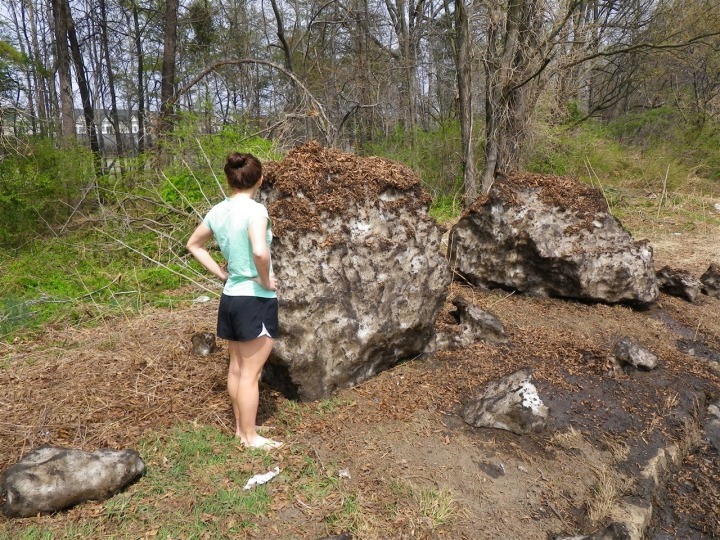 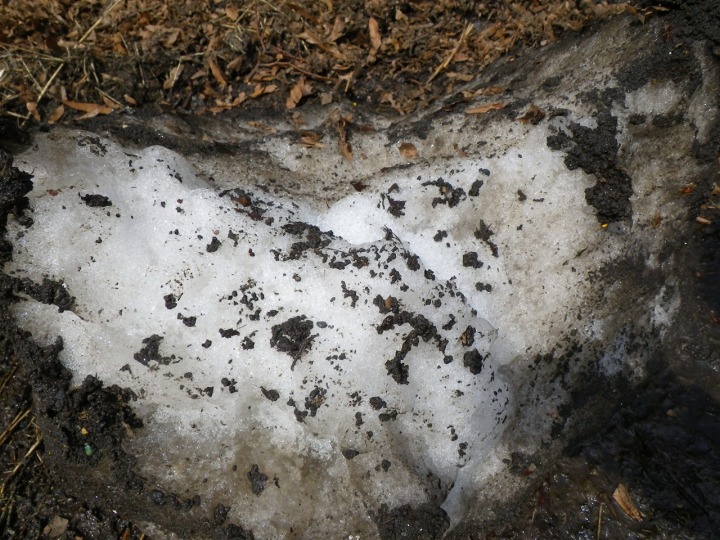 We then spent the entirety of the afternoon deep cleaning my attic and other areas around the house.  There was a lot of stuff sent to Goodwill, set for a future yard sale, brought to the recycling place, or simply thrown out.  Like…an entire Living Room’s worth of stuff when all piled up. 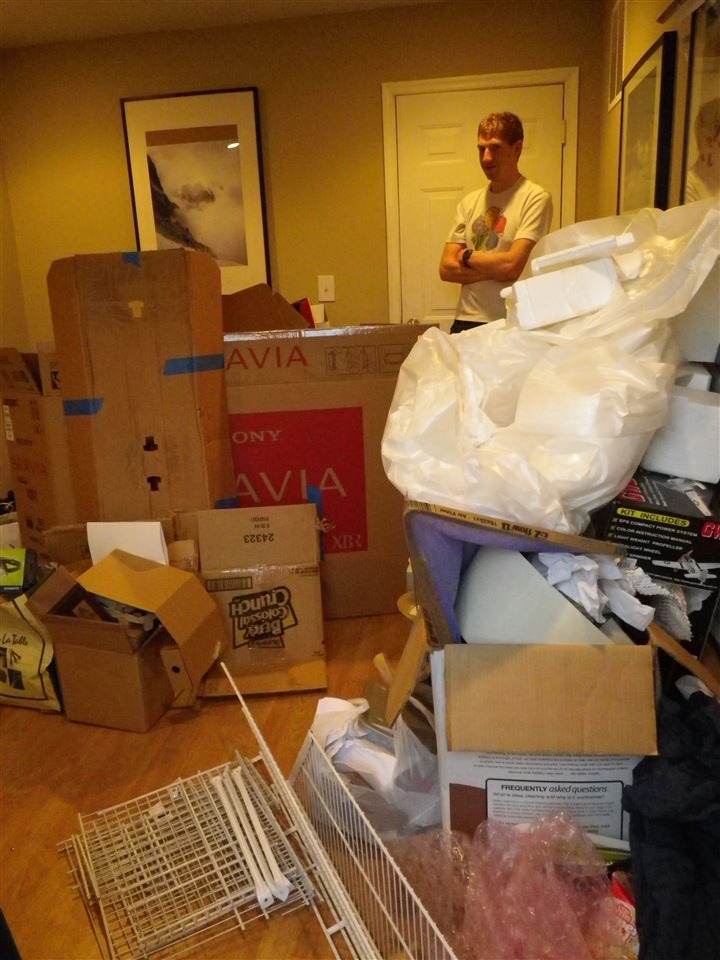 Afterwards, we were both exhausted and feeling lazy.  So we did something neither of us has done in probably 5-6 years – we ordered Delivery Pizza…from Domino’s.  We did it online, and I’d have to say – their online system is super slick.  You can even do half and half pizza’s on there: 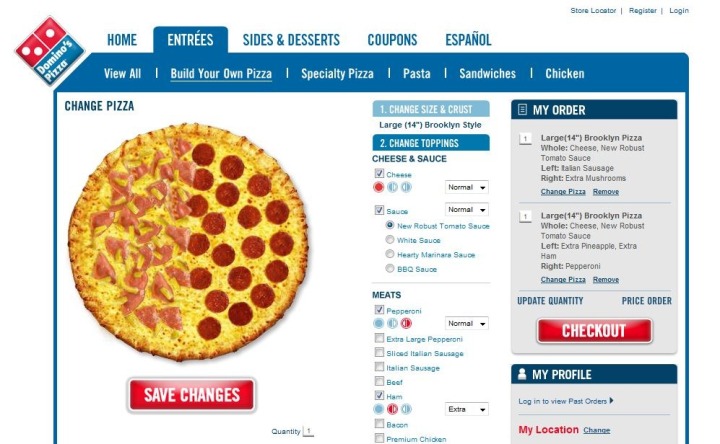 And then when you’re done it’ll actually give you the minute by minute status of our pizza’s – even showing exactly when they left the building.  Brilliant!

And yes, the pizza’s were fabulous! 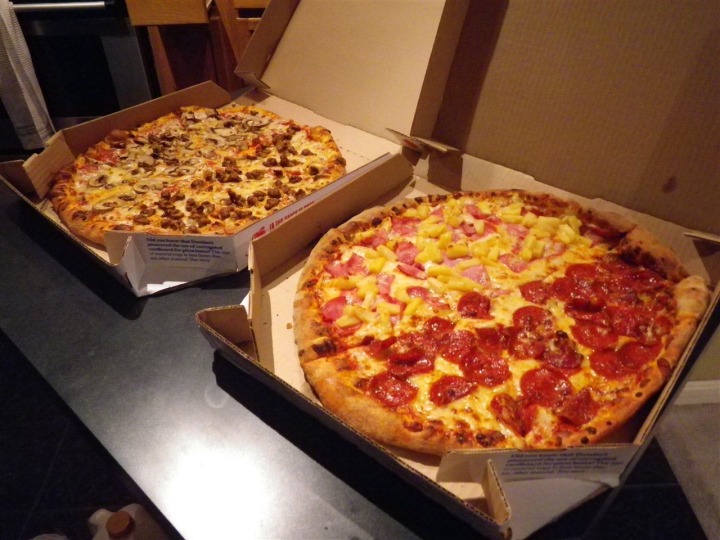 Sunday earned it’s name – by being really sunny.  And a bit warm.  Given we had a 2.5hr ride, this was perfect. 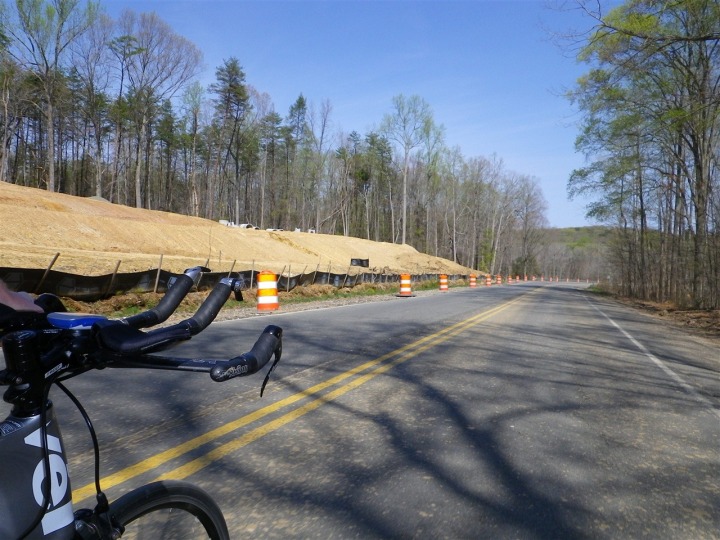 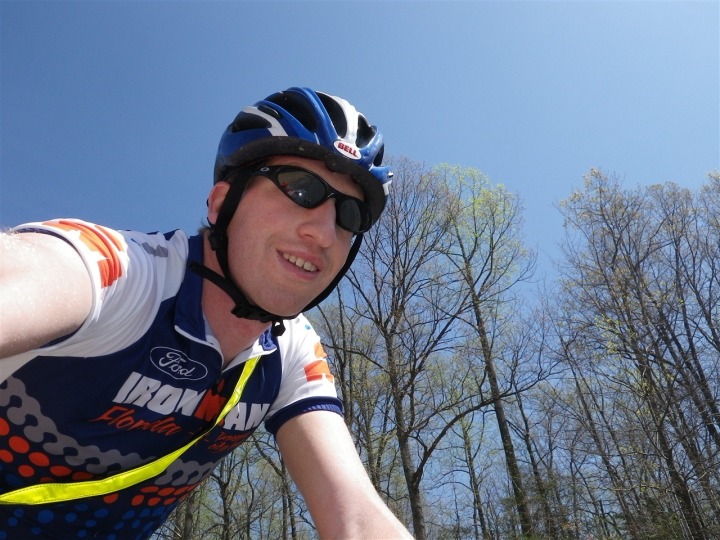 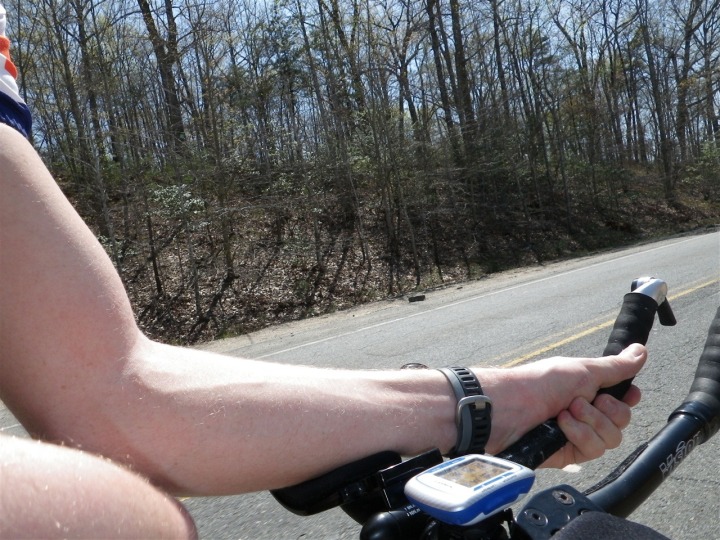 One cool feature of the Edge 500 is it’ll tell you the temperature.  Up until this point in the season it was simply telling me how much I was freezing my own ass off – something I really didn’t need re-enforced.  But now, it tells me a nice warm temperature – and even records it:

(As I noted in my Edge 500 review, it does seem to take a bit of time for the thermometer to stabilize)

After the bike, it was run-time.  Just a short run off the bike, 20 minutes in total.  I was pretty happy with the two segments of my run pace-wise.  The first 5 minutes were at a 5:48/mile pace, and then the next 10 minutes back uphill I sustained 6:00/mile.  Woot!

When we returned back home dinner was already cooking itself.  How you ask?  Well, through the magic of the slow cooker.  Before the ride I tossed a big ole’ hunk of meat in there, along with some carrot and potato friends.  And then closed the lid and hoped for the best. 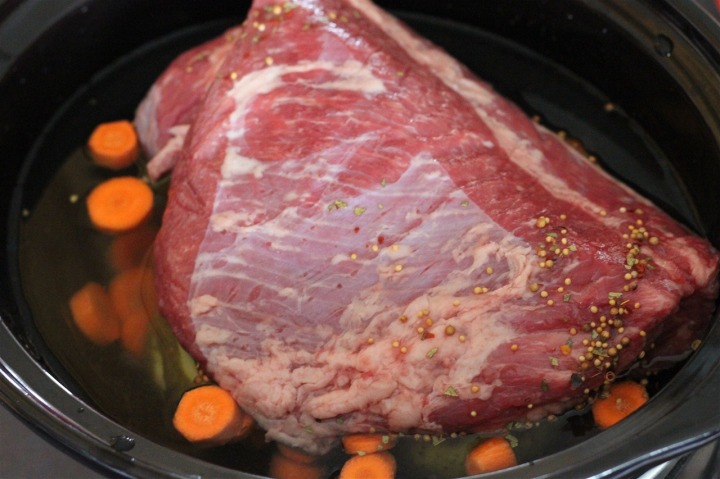 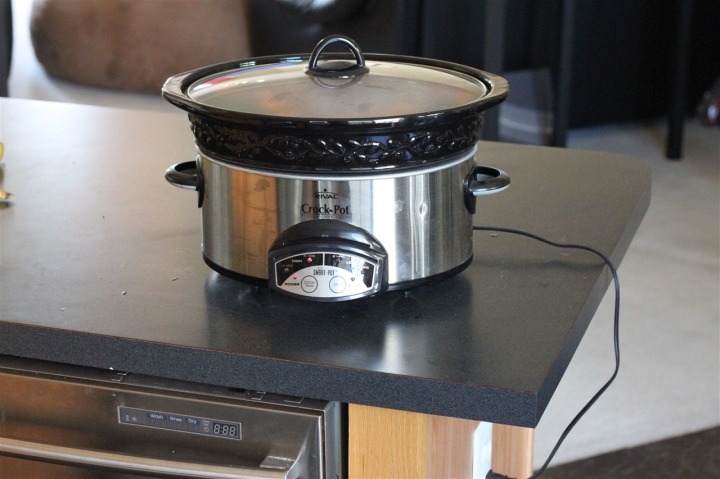 Turns out Mr. Slow Cooker is good at his job when left alone.  Around 7PM the meat was done and ready for sandwich making: 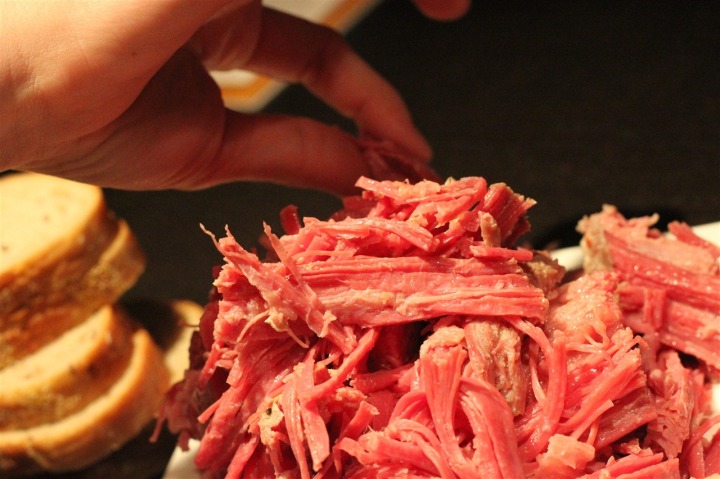 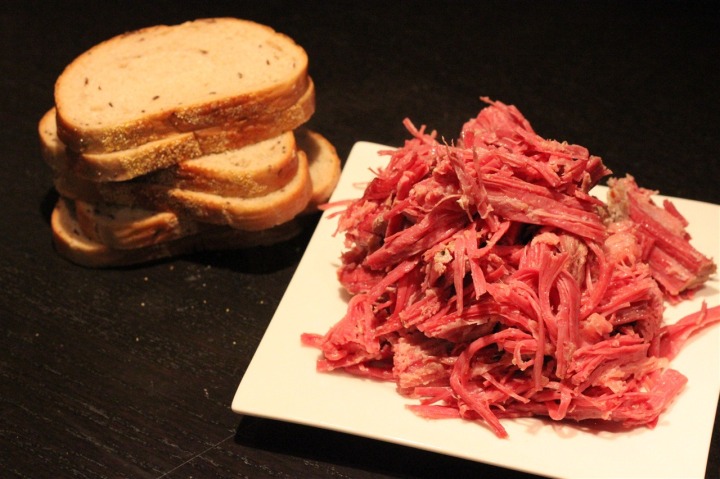 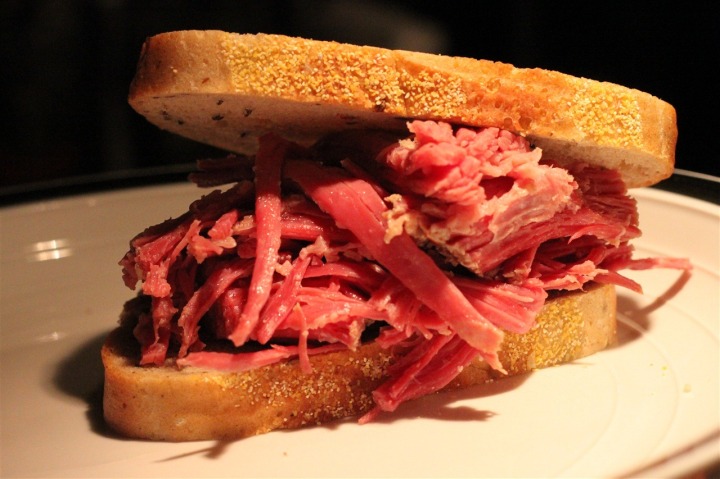 A short bit later, dessert came out of the oven, in the form of The Girl’s awesome Banana Bread (with chocolate chips…). 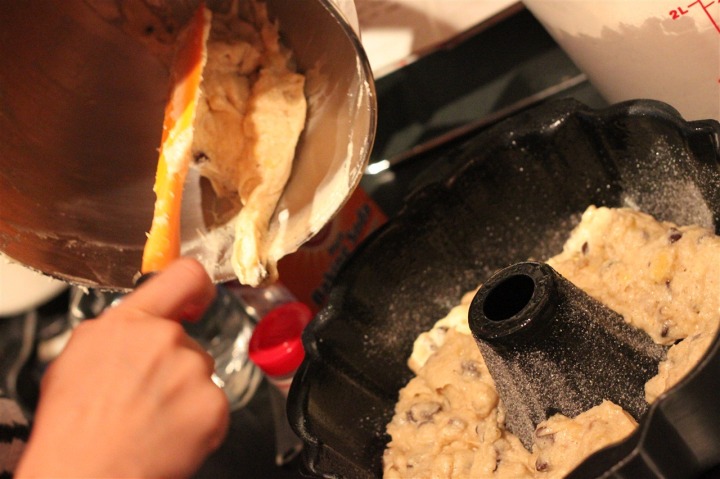 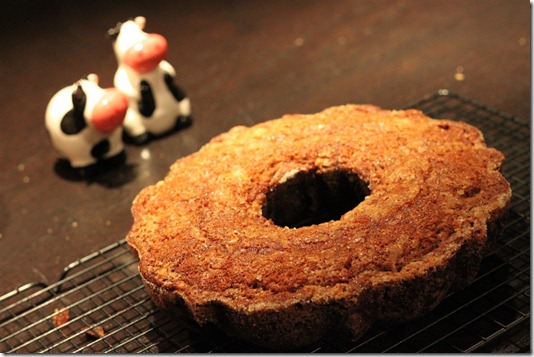 So that’s it – that’s all I’ve got for the weekend!

Oh wait, actually, one more little tidbit.  On Friday night I switched everything over from dcrainmaker.blogpsot.com to simply dcrainmaker.com.  But fear not – everything seamlessly redirects from the old address to the new address.  Everything from old page links to RSS blog feeds automagically work – which is how you’re reading this very post without changing anything.  And if you’re not reading this very post…then doh…my bad!  Look for a whole slew of little tweaks over the course of April, hopefully with the goal of making it easier to find the stuff I’ve written.