Now that I’m home for a short bit, I’ve been enjoying kicking off the weekend with a bit of cooking – just like last weekend.  After consulting with The Girl, I checked in and see what she wanted.  Turned out it was meat.  Well, steak to be precise.  Actually, to be more precise – she wanted this exact meal that I cooked for her back two years ago.

So…after a brief journey to the pool and the grocery store, I started my cooking adventures. 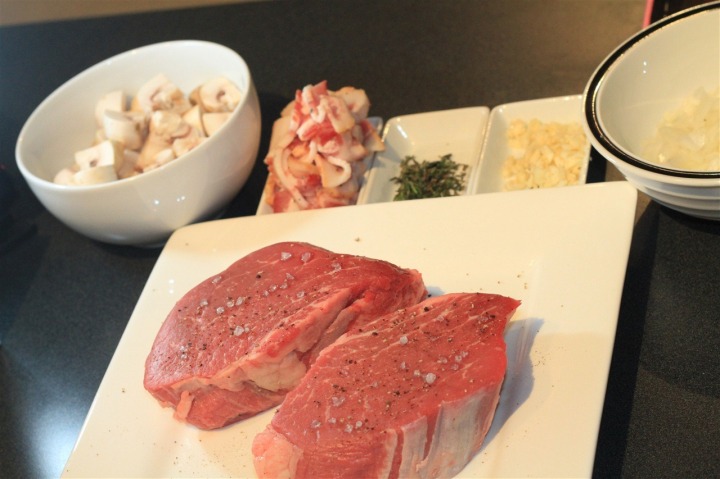 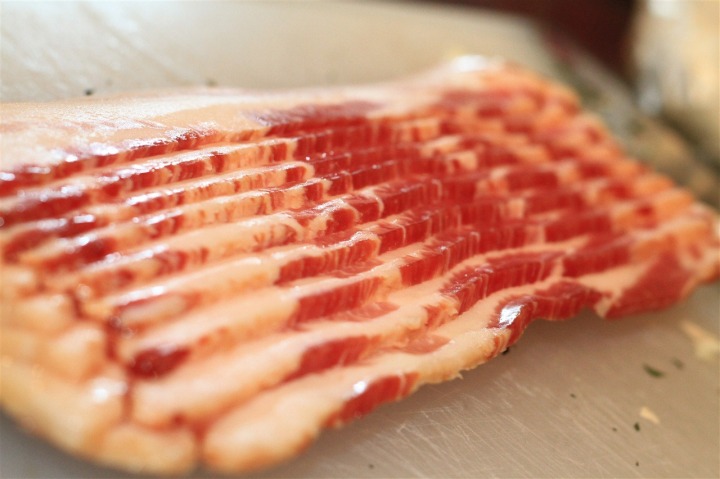 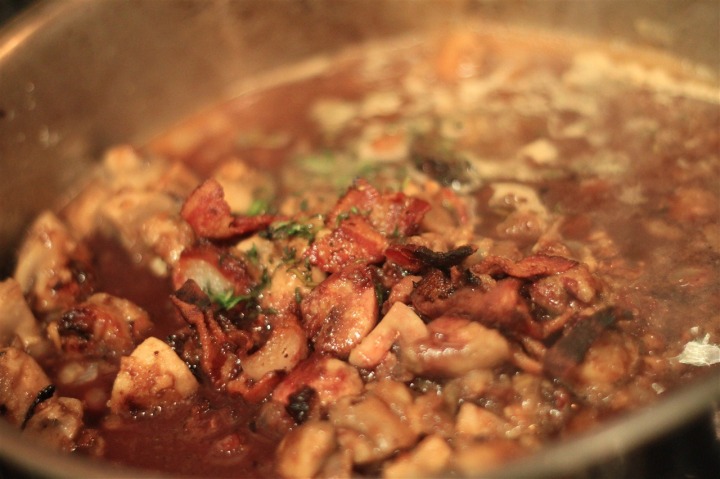 Ok, the crab has nothing to do with the original meal from two years ago.  I just happened to find it at the store on Friday…so I got some crab legs. 🙂 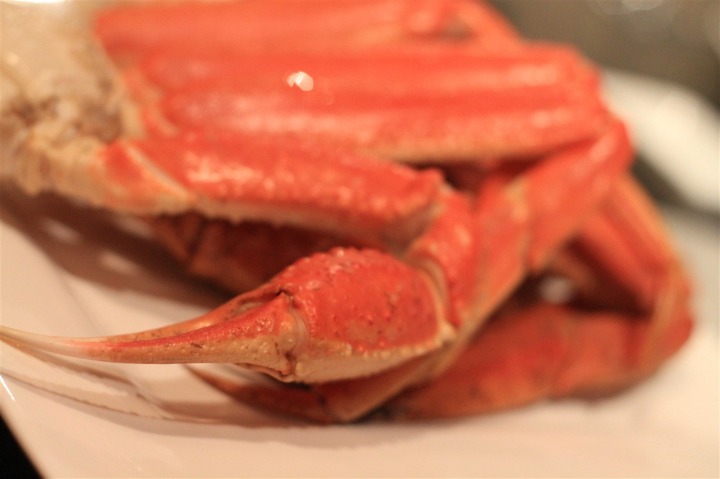 Mashed potatoes…nothing like a little bit of butter.  Oh, don’t worry – those sticks to the side were for a project of The Girl’s, not mine. 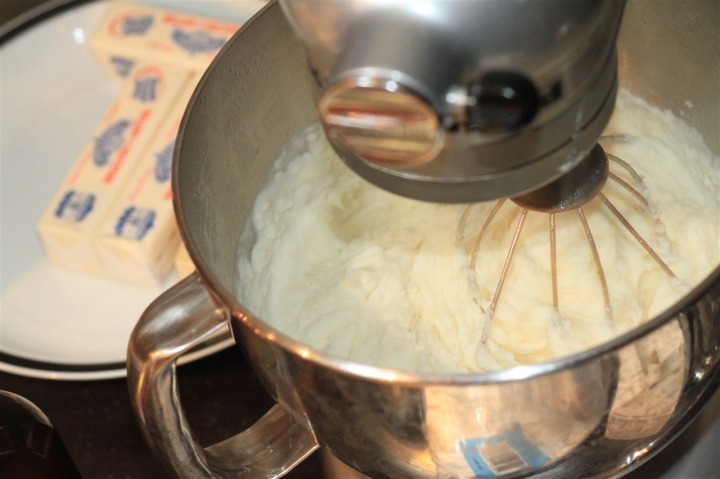 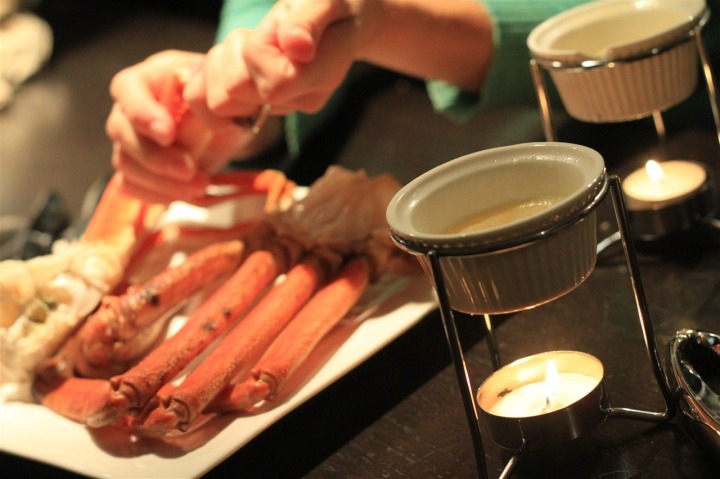 I need to work on photos that make steak with a mushroom-wine sauce look good…otherwise it just looks a bit sketchy.  Yes, I could just put a little drizzle on it instead of a lot…but who are we kidding – that’s that’s no fun. 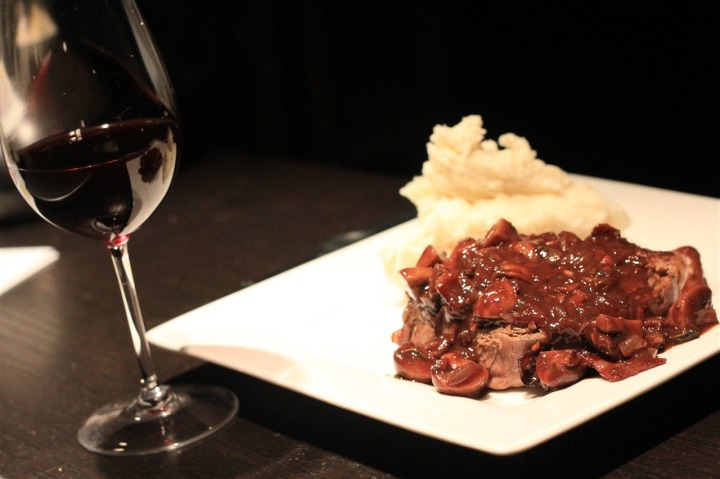 Saturday brought some sleeping in, followed by a bit of running.  I ran right around sunset – which is the perfect time.  Get a bit of the warmth as the sun sets, but also get the coolness from the enjoyable fall nights.  I don’t have much in the way of pictures from that.  Well, really no pictures.  So you’ll just have to assume it was good.

However, prior to running, my day was spent eating frosting.  Well, that and little scraps of cake.  See, the Girl was off cooking a cake creation for a 1-year old’s birthday for a neighbor – which meant I was standing by to assist. 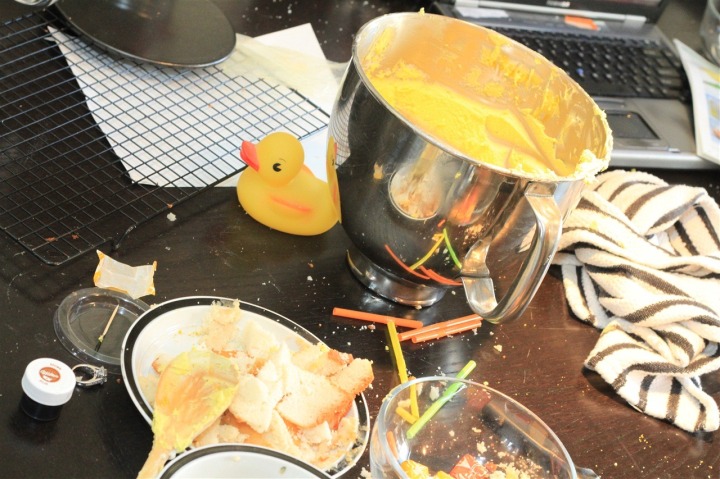 And by ‘assist’ – I’m really just talking about ensuring that no cake or frosting goes to waste.  So let me assure you: There was no waste.

Now – in order to see the amazing cake creations, you’ll have to check out her post.  Don’t want to be stealing her quacking thunder.

After I was done basking on a couch from too much frosting, we headed out and enjoyed a bit of nightlife.  We dominated at Shuffleboard. 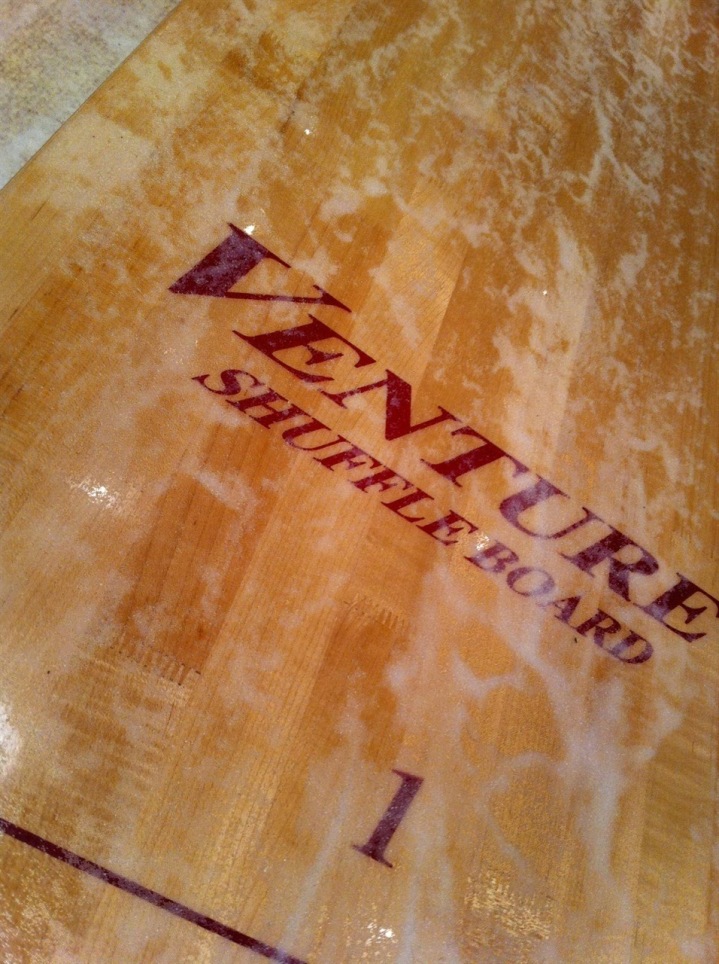 While I had contemplated getting up early and going out for the Army 10 Miler like last year, I decided instead to get up much later in the morning…err…maybe not morning.  Either way, next weekend I’ll be out on the course for the Marine Corps Marathon – so you have to balance things a bit (btw, I happened to read an old Marine Corps Marathon race report from that link…wow –I wrote much shorter posts then…).

After a quick lunch, I was out for a 90 minute ride.  I left with no particular route in mind, and ended up wandering in a giant circle around the area.  First, was Old Town Alexandria: 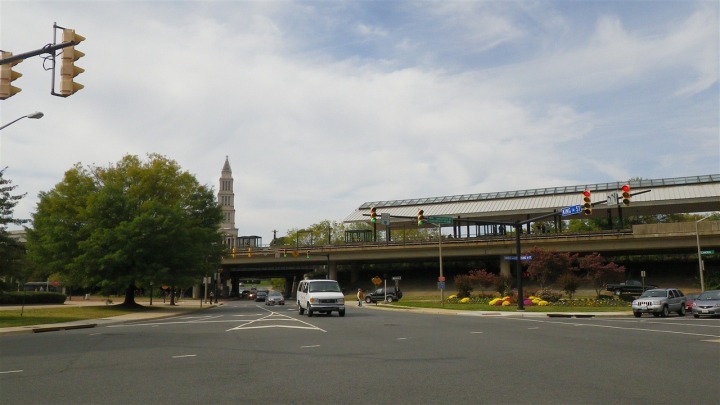 Then up Four Mile run and the W&OD Trail a bit: 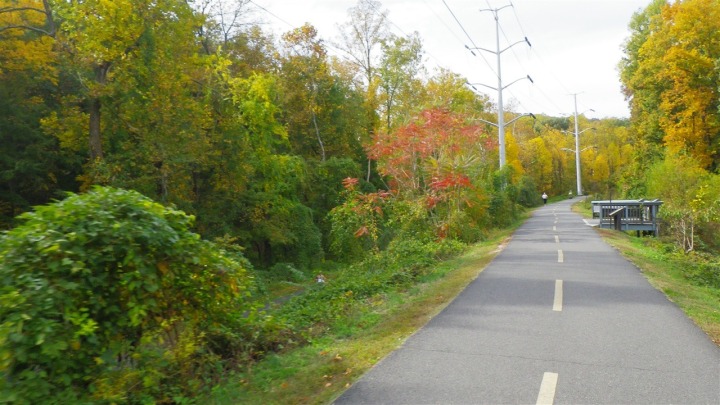 Following by swinging back onto the Custis Trail, along with its sharp turns and short hills: 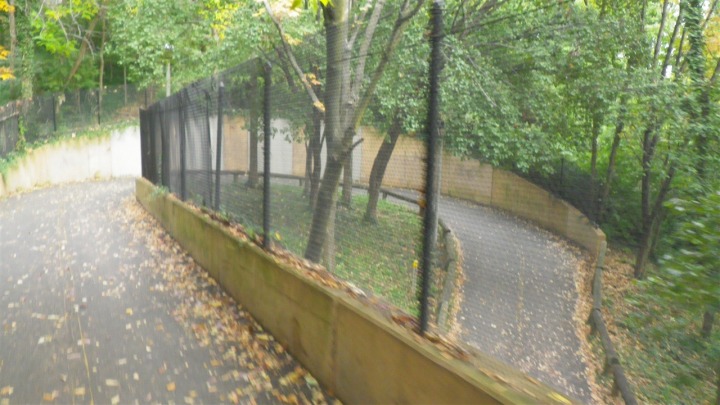 Then I headed across the lovely wooden planks of the Mt. Vernon Trail: 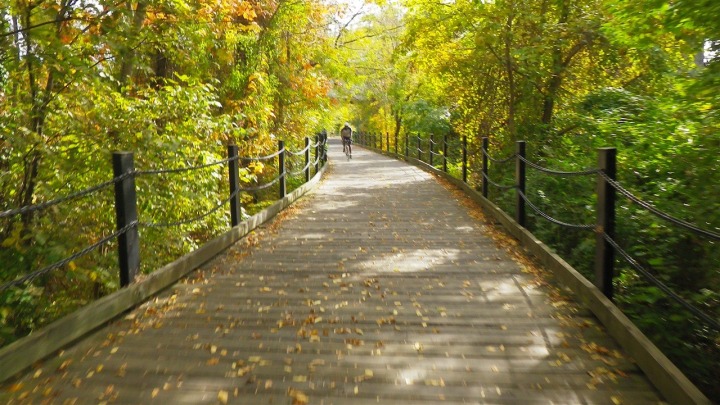 Before crossing the Potomac into The District: 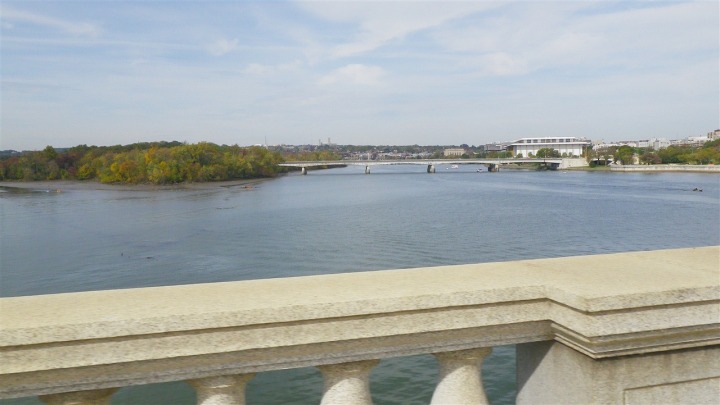 And saying hello to Mr. Lincoln: 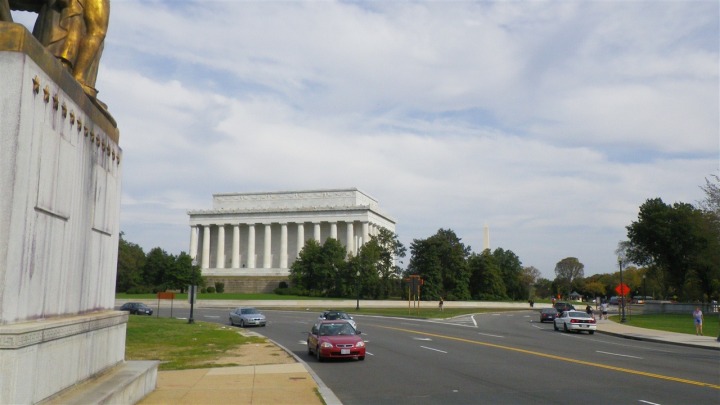 I’d eventually pass Jefferson before heading back across the Potomac – oh and you can see the Monument in the background. 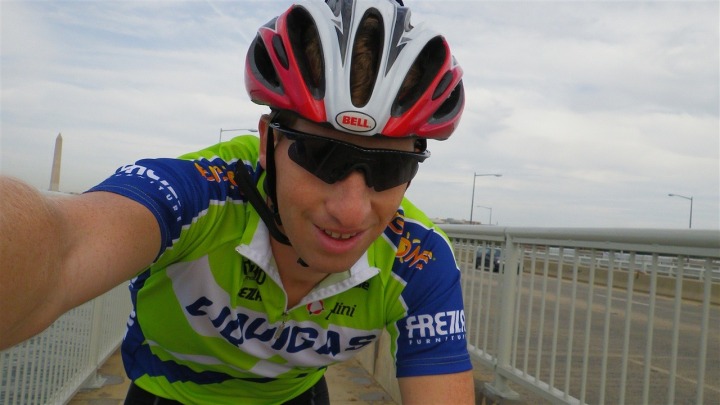 The last landmark would be Reagan National Airport at Gravelly Point to watch a plane land before continuing on: 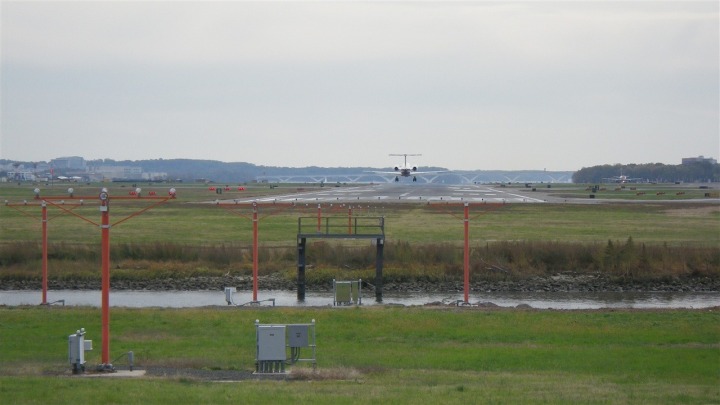 And thus…my ride was complete.

Though, utilization of GPS devices not.  I spent a bit of time out and about with my rolling measuring wheel doing some interesting tests for an upcoming post.  Good times.  You do remember the last time I broke out the rolling tape measure? 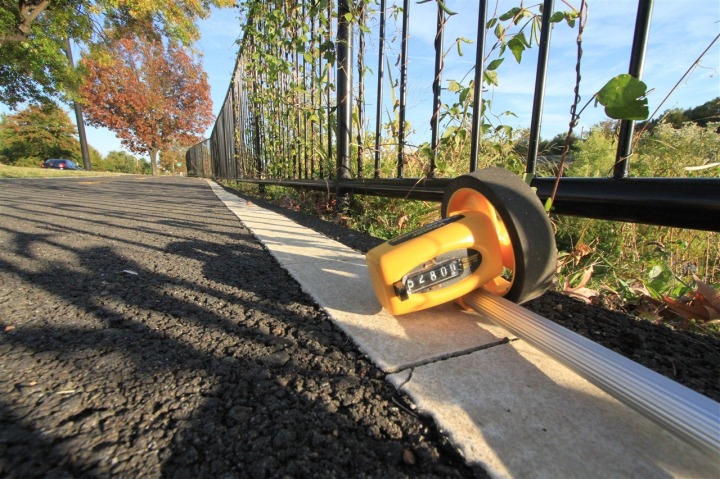 And what better way to wrap up my weekend than finishing up some closet cleaning.  You know you go through a lot of pairs of shoes when you have a pile this big of insoles (I replace the stock insoles with custom orthotics). 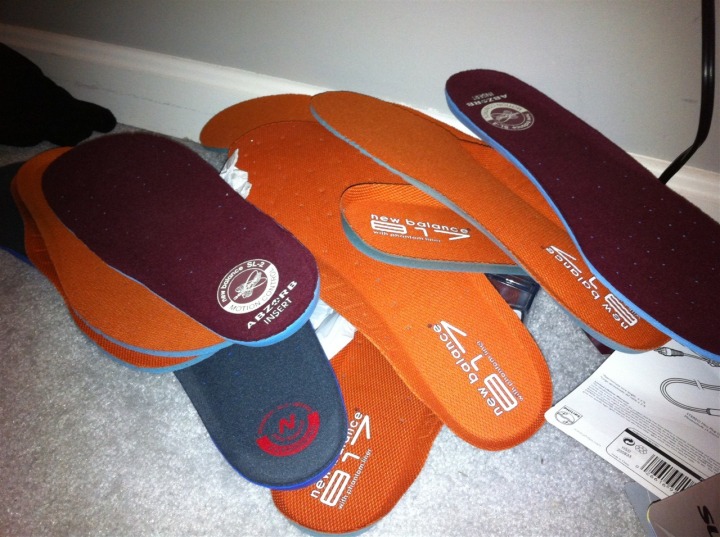