I’ve been a wee bit busy over the last few days – especially since Thursday afternoon.  I’m SOOO far behind in e-mail, catching up with reading folks blogs, and really just about everything.  So here’s the rundown.  I tried to be short, but really – we all know how that works with me.

Thursday was functionally simple – just a 20 mile run.  It was swapped from the usual Tuesday location due to continued fatigue from last Sunday 112+ mile ride.  The good part was that Thursday was soooo nice and cool out.  Mid 80’s maybe with little humidity.  Ran from Old Town to DC, around Jefferson (monument), then back through Old Town to Belle Haven Park (about 2.5 miles south of Old Town), and then back to the Old Town.  The last 5.5 or so miles my friend and I did with the Pacers Thursday fun run.  I usually time my long runs to hit Pacers at exactly the point they leave.  Makes the time go by quicker. 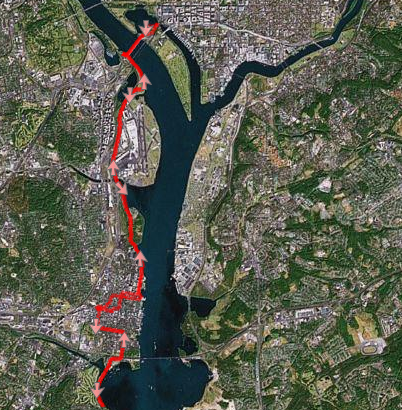 After the run, it was a short 30 minute spin on the bike.  I took advantage of the nice weather and turned what is usually just a 30 minute easy trainer spin into a 30 minute neighborhood wandering.  Following which, I ran back to Old Town to have a late dinner with the runners group and then wrap it all up by 10PM for a conference call with folks on the other side of the world.  This would be where I start getting behind…

Friday morning I was up early to knock out my arch nemesis Indoor Trainer #2 workout.  Luckily, this week all of the intervals were only 5 minutes in length – so it shorted it down a little bit.  Still evil, especially less than 12 hours after the 20 mile run.  That showed through with slightly lower wattages (about 20-30 watts lower across the board).

After that I scrambled to un-rack kayaks from the garage ceiling and get all the kayaking stuff loaded.  As I may have mentioned in the past – I love going out white water kayaking.  Unfortunately, this was the first time this year I’ve had a chance to get out.  With all the training, I just haven’t had the time.  But a friend convinced me to take the day off and enjoy it instead up on the river.  Who am I to argue her logic?

We went to Harpers Ferry, WV – which is about 70 minutes from DC.  It’s where the Potomac and Shenandoah Rivers combine and become the Potomac all the way to DC (and eventually out to the bay).  It’s a very active area for kayakers, rafters and tubers.  Luckily since it was Friday – things were pretty quiet up there for us.

After tossing the boats in the water we had about a 20 minute or so flat water paddle before getting into any of the rapids. 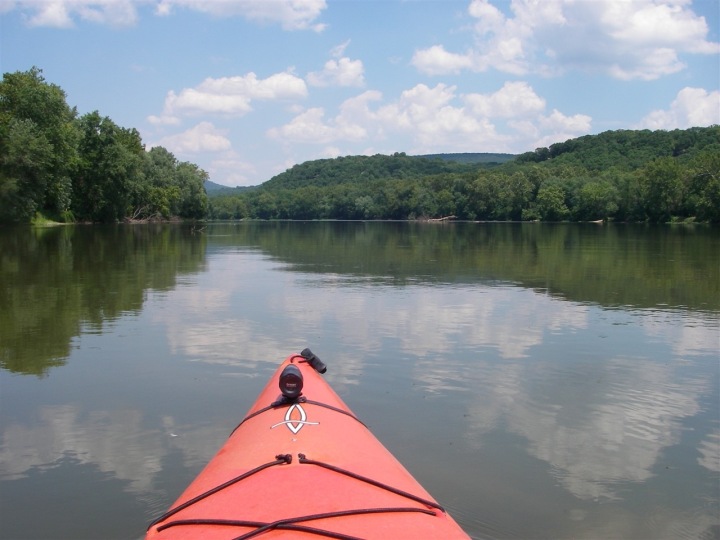 From there, you drop into about five miles worth of fun little play rapid sections.  Because the water was at a so-so level, there wasn’t a ton of major action, and certainly nothing like you can get out so close to Seattle in the Cascades.  Of course, both of these DC rivers can deliver some serious sections both up and down river of where we were.  We were just in a good beginners play area (and she hadn’t ever white-water kayaked before, although had white water canoed). 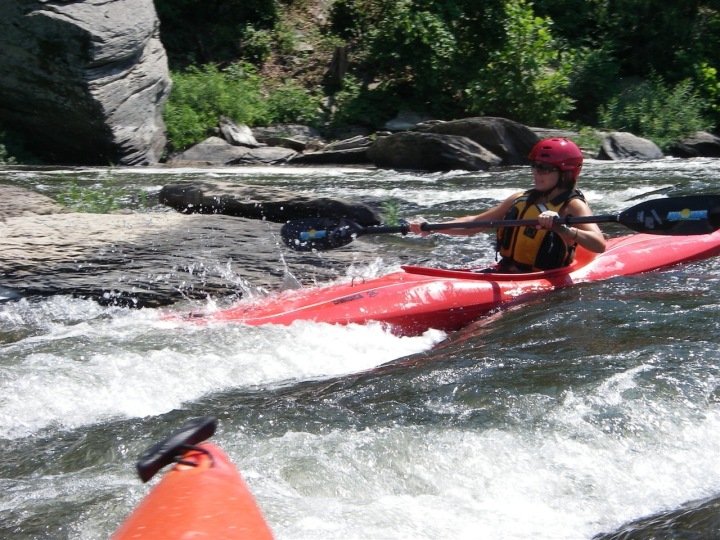 After kayaking, we wandered aimlessly on small back country roads to a random quiet spot along the river and then made lunch.  We pondered doing another round of kayaking, but instead decided to swim out to a chunk of rocks in the middle of the Potomac and just hang out like seals for a few hours.  It was nice to simply just relax and enjoy the perfect summer weather – and for once this summer, not have to be moving my ass either cycling, running or swimming in the process.  Somewhere around 7-8PM we finally bumbled back across the rapids to shore – and in the process ended up about 200 yards down river. 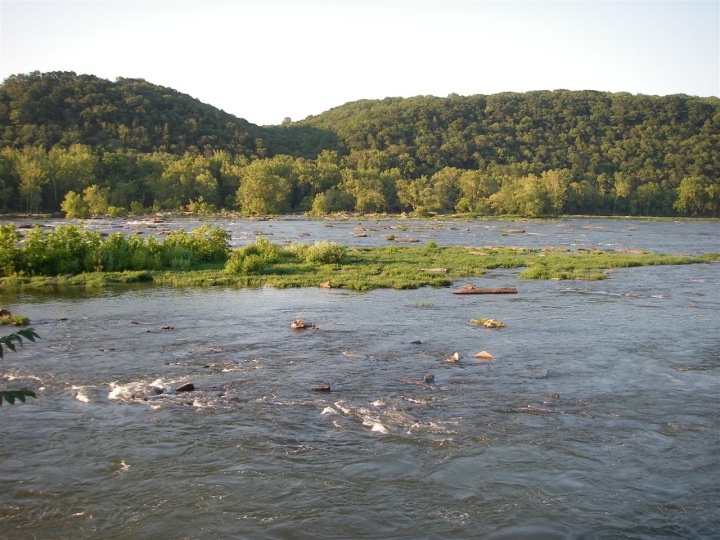 After extensive research I found out that not many pools open up early on weekends.  And ‘early’ apparently means 8AM.  So I picked a pool I don’t often go to so I could finish off my 1hr 40min continuous swim before heading…back to the river.

I started off and thought it was rather odd my splits all…*sucked*.  Like really sucked, off by 40-50 seconds a pop (per 500 yards).  Wasn’t making any sense.  I’d push even harder, but wasn’t making a lot of ground.  After a few thousand yards I eventually just gave up on trying to figure out why and simply just looked to finish the workout.  Some 1hr 41 minutes later I finished off 6000 yards…Or so I thought.

It kinda nagged at me all day why I was so much further off – until I checked the pool later that night and realized it was a 25M pool.  DOH!

With the pool out of the way it was time to once again get ready for the river.  This time with a small group of friends to go laze the day away and sit in tubes on the river.

Following many hours floating peacefully on the river, we picked a nearby Civil War Battlefield off to the side of the road and did a quick BBQ. 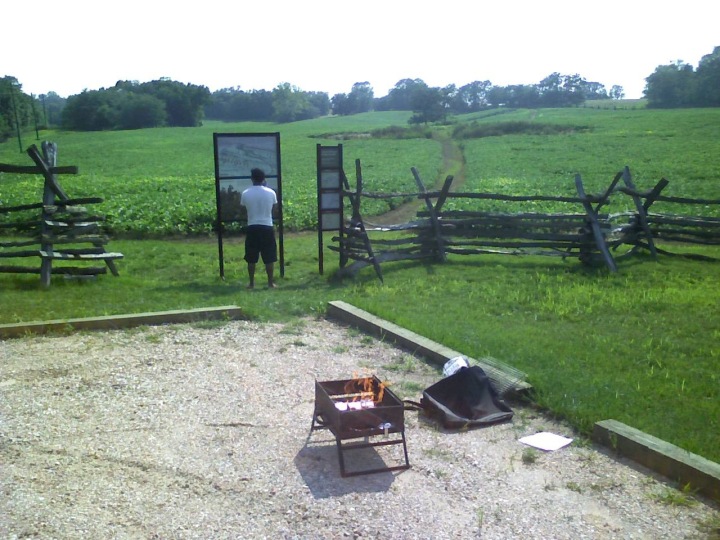 One of the best things EVER about this area is the peach stand.  Every time I go up there or through that area I make a point to stop at this peach stand.  Quite simply – it sells the best peaches on earth.  No really, you don’t understand.  They EXPLODE in juices when you bite into them.  You pretty much get covered.  Everyone in the group agreed they are the best peaches they’ve ever had in their life. 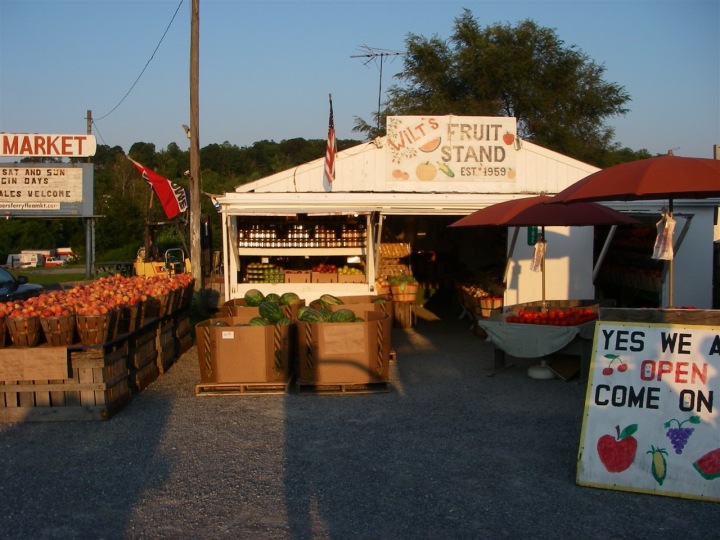 Ok…really – this never ending day isn’t done yet.  Next up…

Watching some of those same friends run a 5K race in Crystal City.  The good news is that 5K races are over REALLY quickly – so…like…you can move onto other things – such as EATING! 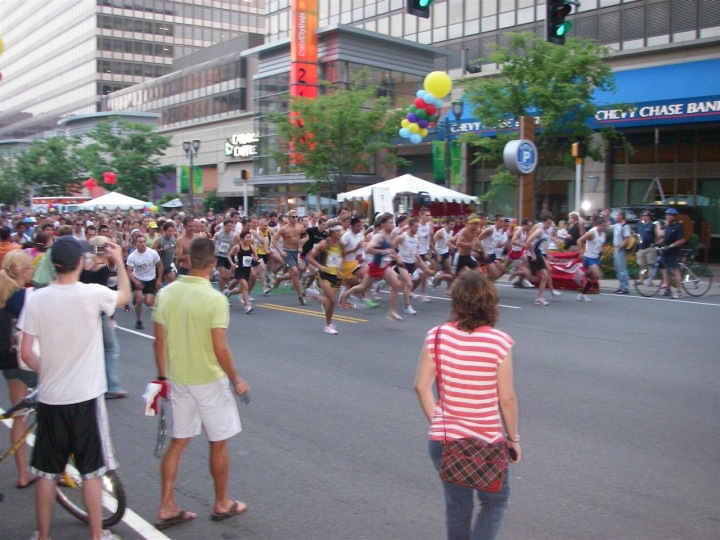 My friend did well though (the same one I run 20 milers with) – despite two long days for him (including a duathlon race, 20 miler, 10 miler and the aforementioned tubing) he knocked out a 18:30 time.  Impressive.

And then finally at 11PM, I headed out for my little 40 minute run.  Just a short Zone 2 thing.  Although the cooler night time temps helped to average a 7:20 pace for what was just an easy run.  Happy with that.  Shortly thereafter I collapsed into bed. 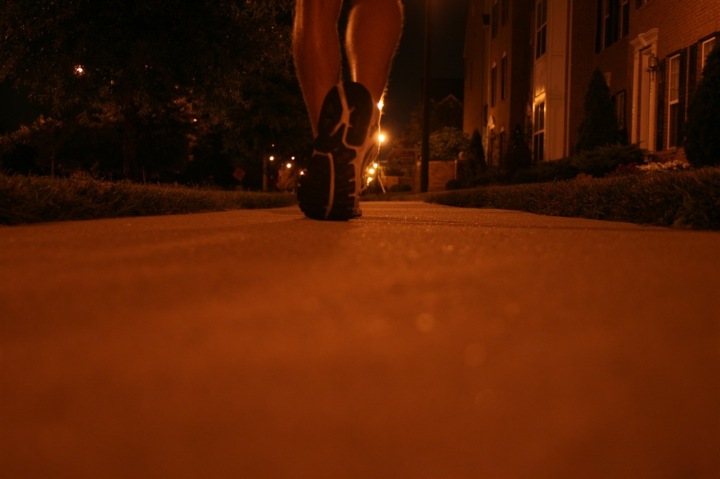 Ok, we’re gonna keep this quick and to the point.  Here’s Sunday’s rundown:

After getting back home I threw together a quick peach smoothie.  And thus completes my weekend.  Off to Seattle tomorrow for the week.  Woohoo! 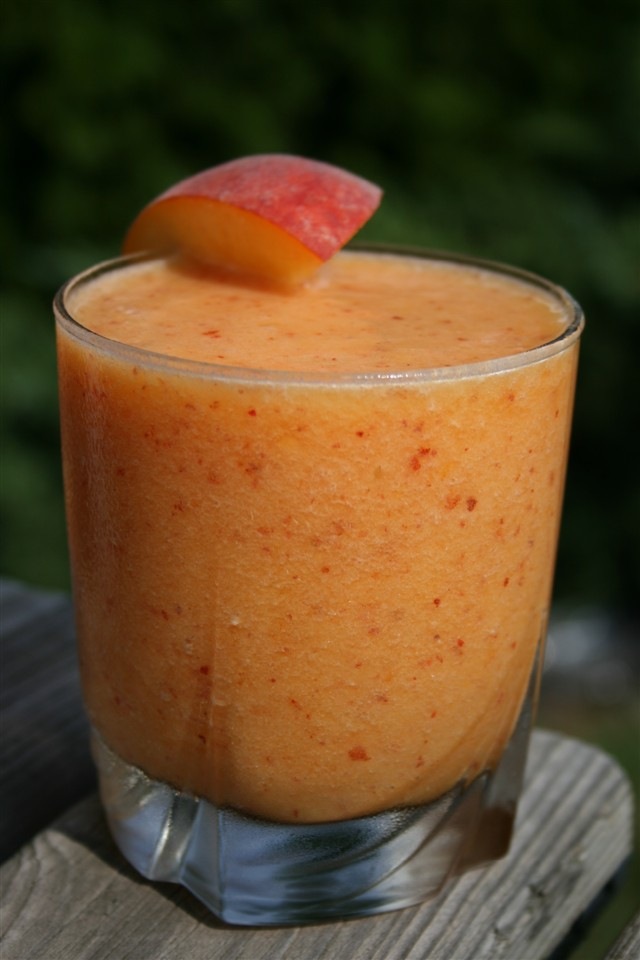