There are three workouts each week that give me pause.  Not surprisingly, all three are long.  Not necessarily hard or painful – just…long.  They are:

During a normal week I have three bike sessions (well, technically four if you count the 30 minute spin after the Tuesday long run, but I don’t count that).  In addition to the two rides noted above I also have a Wednesday trainer ride.  This post is all about Indoor Trainer #2.  Cause that’s what it’s called on my training sheets – abbreviated simply as IT2.  So what is IT2?  Well, let’s go through the rundown:

Yes…all of that.  It totals 1 hour and 43 minutes.  The first part is relatively easy.  It’s all Zone 2 (based on HR), so it’s mostly warming up everything.  It’s just a matter of focusing on the different drills.  I love the high cadence stuff.  On IT1 (the other trainer workout each week), I get to do the pyramid a few times – loads of fun!  High cadence rocks! 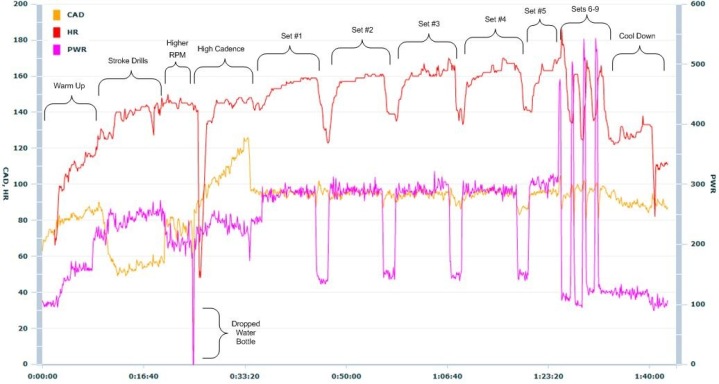 (My July 4th IT2 workout, click to see detail)

But the fun ends shortly after the high cadence stuff.  At which point I select a wattage on the CompuTrainer that will put me in a given HR zone within a few minutes and keep me there for the duration of the set.  This means:

But it’s really those primary four long sets where my arch nemesis lives.  My heart rate is in Z4 territory, and my legs are pushing fairly high wattage (for me anyway – I know you clydes can push that with your pinky, but little ole me at 166lbs…not so much).  It’s not until about 4 minutes or so into the first set that you realize you still have a long way to go – nearly an hour actually.

After I’m done going through the four sets of 9 minutes each, I still have the five minute set. At this point I can see the finish line, so things are much better.  But before getting to the finish I have to essentially climb four hills.  That’s what that final section of 4x500W is.  It’s like pushing up a hill or pushing past someone in a short race (note: you don’t want to be pushing 500W in an Ironman).

During these sets I quickly ramp up to 500W in about 5 seconds, and then maintain it for a full 20 seconds before ramping back down again over a period of another 5 seconds.  Then I get to lazily spin along at 95RPM until the next set starts 1 minute and 40 seconds later.  Repeat three more times…then it’s time to easy spin for 10 minutes as a cool down.  My coach noted that the MOST IMPORTANT part of any workout is the cool down.  And it makes sense, this is where you keep things moving to avoid buildup of lactate in your muscles – among other things. 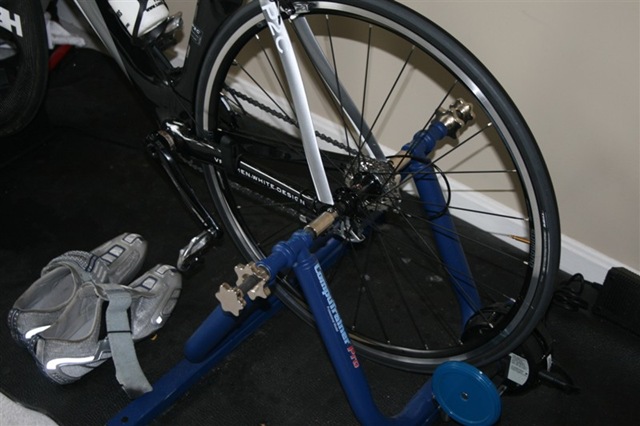 Once I’m done on the trainer, I upload the data file to Training Peaks where the coach evaluates it and within a few hours tells me what I did well or not so well.

Normally I’m not a big TV person while on the trainer.  I can usually do it all with just XM radio on in the background, but today I felt like TV.  My only real choice early afternoon was Tomb Raider…I’ve never seen it before…and after nearly 2 hours watching it…I’m still not sure what it’s about exactly.  But, it made the time go by fast. 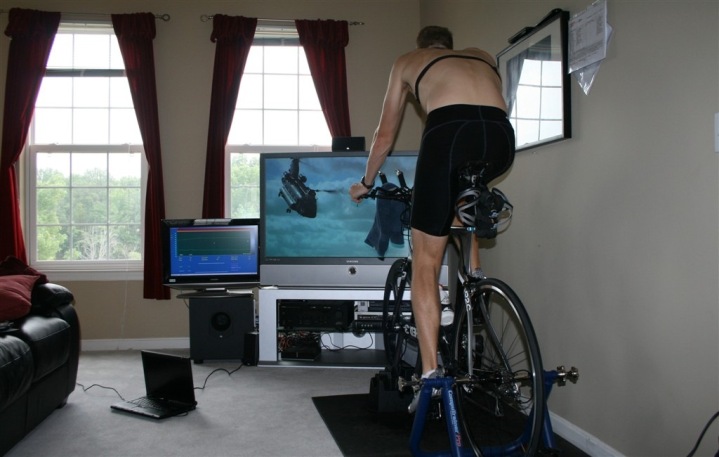 *Ok, to explain why there are two TV’s.  First – because I have the CompuTrainer screen on one, and then the TV programming on the other.  Also, I test a lot of consumer electronic TV devices for work and sometimes they don’t…work.  So it’s helpful to be able to still watch TV when they don’t work.  And in case your wondering, that’s the workout tacked to the wall on my right.

After that, I relaxed around the house and then headed down to the mall (as in the National Mall, not like the shopping mall) with a group of friends to watch the fireworks.  It’s hard to beat watching fireworks in Washington DC in front of the Washington Monument.  Good times! 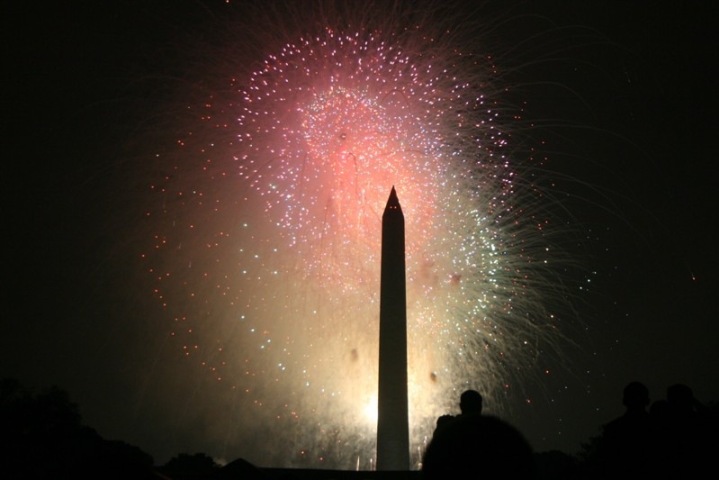