This weekend was all about the long game.  Long swim, long bike.  The usual long run comes Tuesday.

I actually spent Saturday morning baking, making a nice breakfast and making ice cream (which is a post for later this week).  But once the outdoor pool opened at noon, it was time to go deep.  Errr…ok, the water is only 3 feet deep.  Anyway.

I knocked off 2,500 easy going yards per 40 minute set, and then put out a decent 7:30 500 yard TT with the PB.  Had someone been on the side of the pool yelling at me I probably would have gone a touch faster for the first 300 yards of the TT, but I did really push it hard for the last 200 or so yards.  After which I went straight into the cool down.

Never stopped once.  I was wishing by about the 10 minute marker that I didn’t make bacon for breakfast.  And by the 30 or 40 minute marker my goggles were a bit tight, but eventually the discomfort went away.  Amazingly, I never had to share the lane.  One dude jumped into the lane, but after standing at the end watching for a few laps, he bailed to a different lane.  Really – I don’t bite!

As always, there were plenty of things to watch and look at along the way.  Given it was in the mid-90’s, the pool deck was full of folks getting some rays.  Afterwards, a friend and I lazed around on the deck for about an hour.

Following a long-ass swim, it was time for some ass-increasing food.  What better place than Five Guys?  For those not familiar – Five Guys makes totally unhealthy burgers fresh.  They also make fries from scratch as well.  But that’s it.  Nuttin’ else. 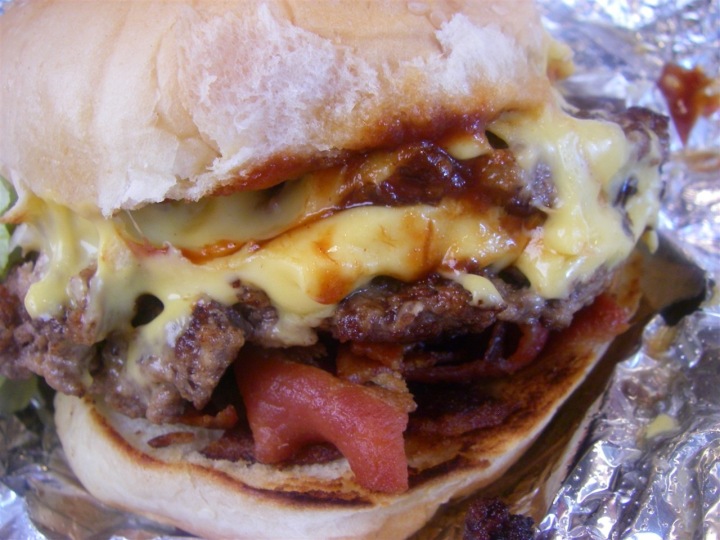 Later on that evening I went back out with the friend and we knocked out a easy 40 minute run at dusk.

I also cooked an awesome dinner…but alas you’ll have to wait until Tuesday for that as well.  I have my reasons…it’ll be worth the wait!

After a few weeks of relatively easy rides (a race, and a mock-race), it was time to head back up to Skyline drive for another 100+ mile ride.  I’ve been leaving later these days.  Favoring sleep and rest over getting done early.  Given that I basically spend the whole day out there anyway, I might as well get the sleep if I can.  I used to be leaving at 5AM for arrival at 6AM, now it’s more like 8:30AM for 9:30AM.  I had put together all of my ‘first round’ water bottles the night before and then tossed them in the fridge. 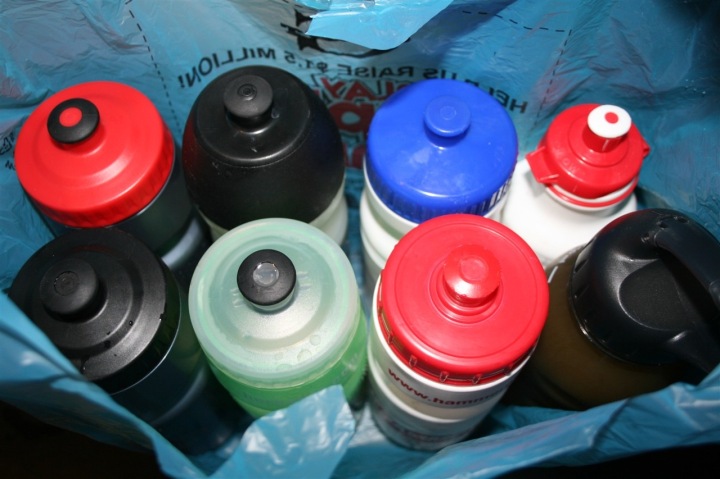 (Three bottles of Infinite (fairly concentrated), Three Bottles of water, one bottle for right before the ride and one bottle of OJ for the drive out)

By around 9:30AM I had arrived at the park and was ready to roll shortly thereafter.  Through the gatehouse and up I went.  I hit my first water refill station about 1hr and 40 minutes later…after 24 miles of climbing.  Ugh. 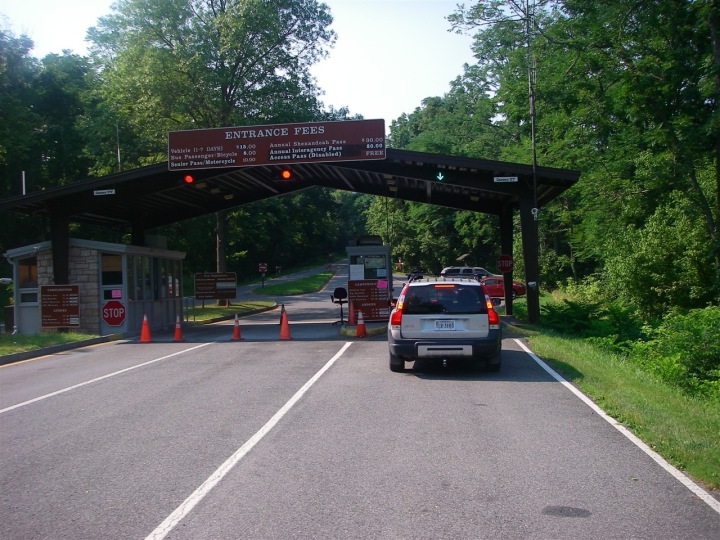 So let’s talk about my current hydration strategy.  Here’s the breakdown of why I had so many bottles:

That’s it.  That’s my entire nutrition strategy in two lines.  I drink more water if I’m thirsty, and we’ve added this week Enduralytes back into the mix.  I used to use them quite a bit, but stopped for no particular reason.  It’s time to bring them back and see if they help resolve some late game issues.

Also, for those thinking that consuming 15 bottles of liquid (today’s post-ride count, slightly higher than on plan) on the bike is a lot, keep in mind that I was out there for 7.5 hours continuously riding, plus extra time filling bottles, etc.  And I still wasn’t hydrated enough (or even close to it), given I never once had to go to the bathroom.  Of course, being 95* with 81% humidity probably didn’t help. 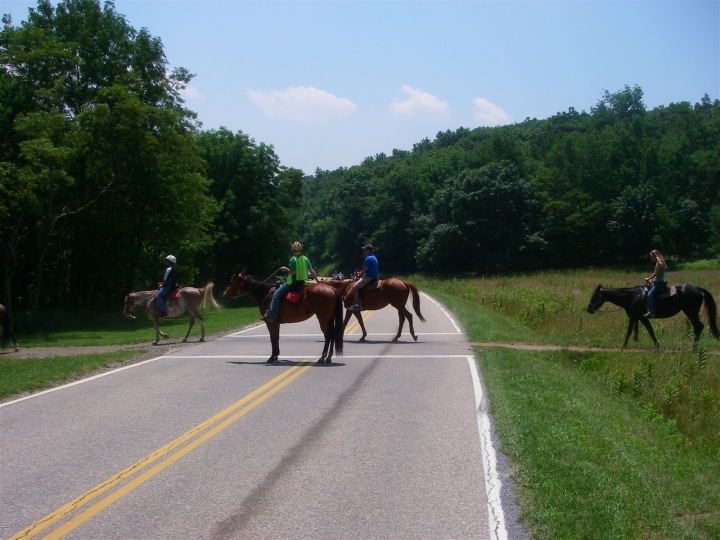 (Some horses that I was required to stop for)

And slowly I became exhausted from the nonstop climbing.  Like WAY more than usual tired.  It sucked.  My ride sucked.  It was a death march.  7.5 hours of mountains and hell.  I had to stop a few times for a few minutes to keep from collapsing.  Not sure what it was, but it wasn’t good.  I was out of HR zone by mile 1 (yes..uno, ichi, one).  Not good at all.

All in all, 112 miles in 7.5 hours.  Now, let’s be clear – this isn’t 112 miles of flat or rolling or even a couple big hills.  Nope, the vast majority of my time was spent climbing.  Up…up…fricken up.  In total 10,850 feet of climbing (or 20,200 feet of climbing depending on which number you believe). Obviously for Ironman Canada I’m looking for a wee bit faster time, and I think that my bike last weekend at Rhode Island proved to myself that I can sustain the MPH that I need to (which is honestly what matters most).  Of course, IMC is a MUCH easier ride than today’s ride. 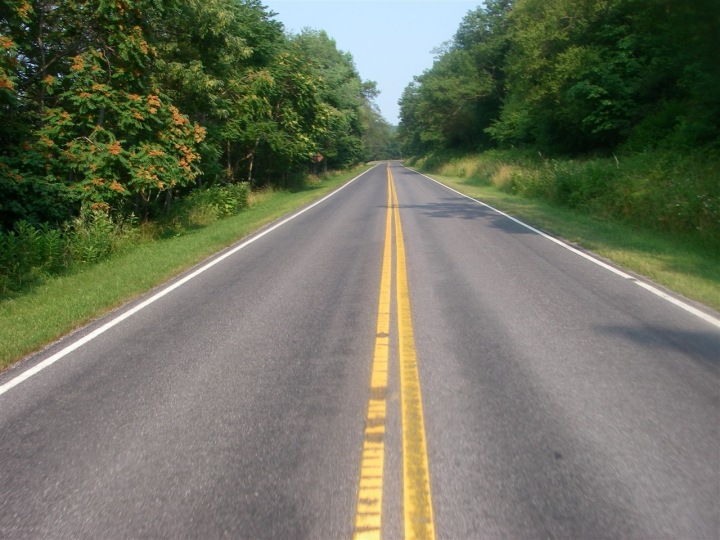 (The long…long…long road ahead, hard to tell from the photo, but like everything else – this is a climb)

I nearly ran into a bear.  A little cub darted out at the last second coming around a corner about mile 80 or so on some sharp and windy descents.  I yelled out a string of expletives, to which the cub looked at me, and then bounded out of the way.  Perhaps 2 seconds to impact.  I certainly wasn’t going to be able to stop from 30MPH in time.  It was kinda funny though, the cub ran off with this look of “Hey ma, look what I just found!” 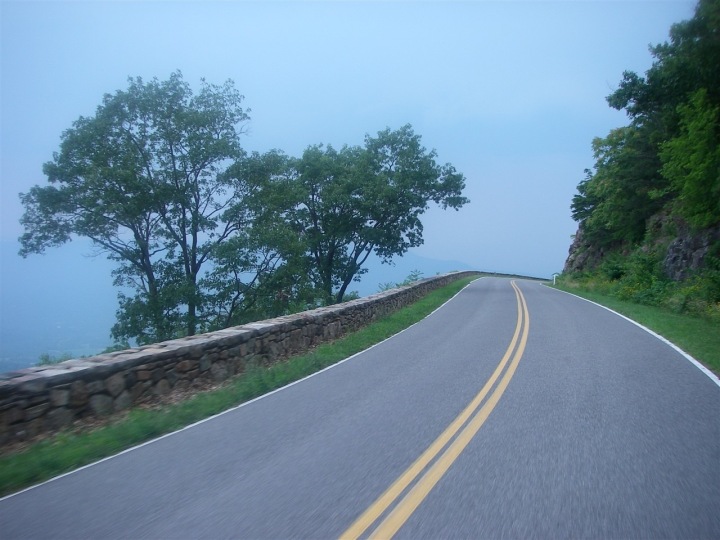 (Note the scene above, I knew I was about to get hosed – way to dark out)

I got double-screwed in the last 5 miles of the ride.  See that big last drop-off on the chart above?  That’s what EVERYONE looks forward to, screaming ride back into town.  But nope, a thunderstorm rolled through just seconds before I started that descent.    Slowed me down from 40MPH to 18MPH due to the nasty crosswinds, blowing acorns (they hurt!), flying tree branches and rather painful rain.  Not cool at all. 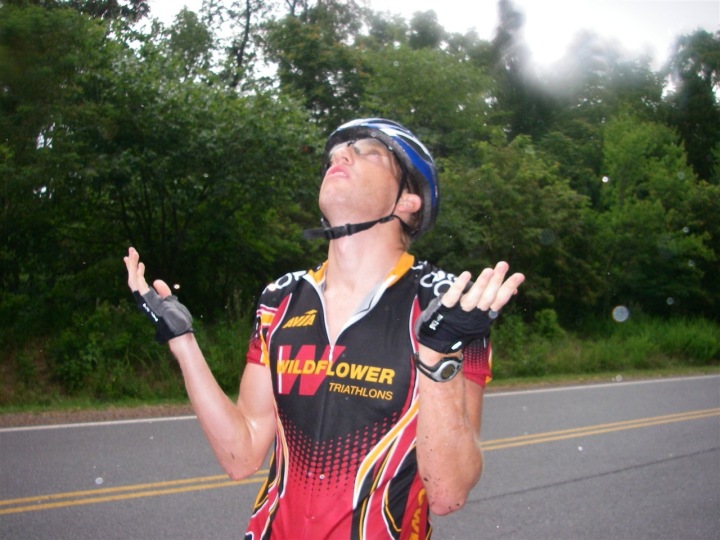 After the ride, it was time for the usual 5K brick run…in the 95* heat.  Except, I couldn’t even stand straight.  I was exhausted and had nothing left in the tank.  I decided against the run.  I NEVER skip a workout – no excuses – never.  So I was pretty ticked about that.  Suckage all around. 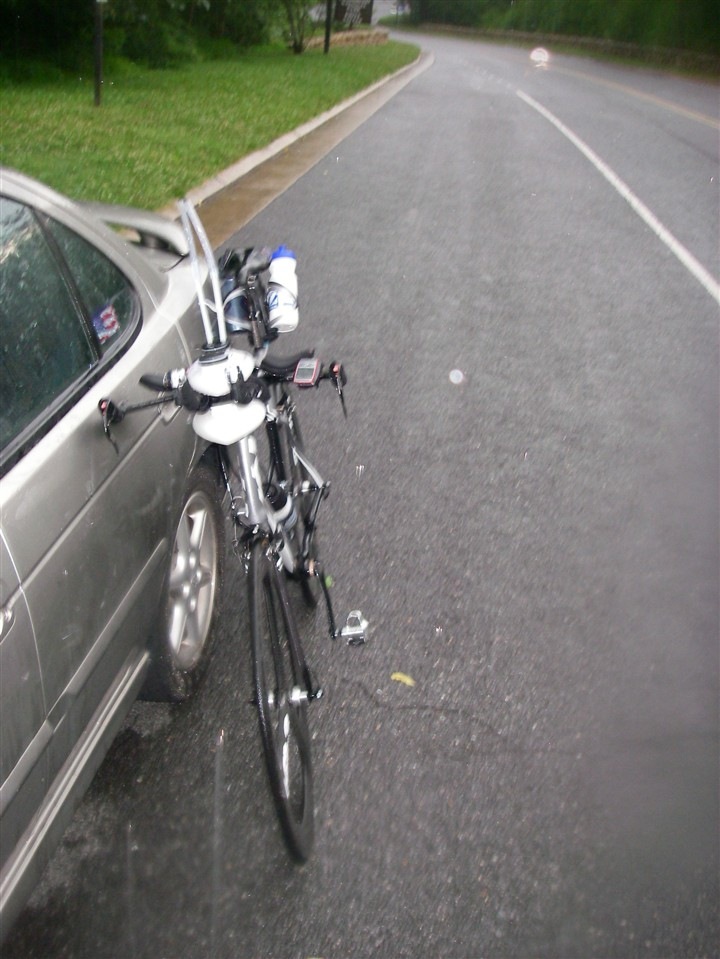 So that was my weekend in a nutshell.  The only redeeming thing about Sunday’s ride is at least the gas was cheap out there near the mountains. 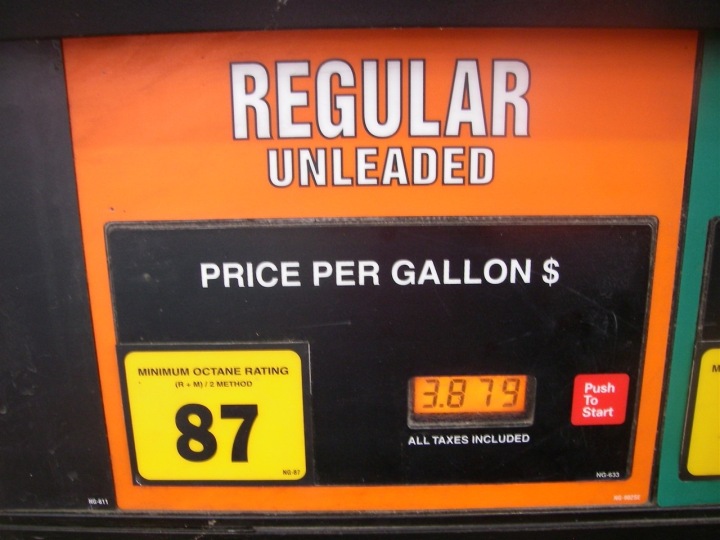