Running in the rain

The training continues on.  Just under three weeks left till the first race of the year and things are coming together fairly nicely.  I was somewhat worried just 3-4 short weeks ago as my knee was seemingly off in it’s own world.  I had even toyed with the idea of canceling my trip to San Diego for Oceanside (Mar 29). However, at this point all pain is essentially gone – even after long back to back bikes and runs.

Running in the rain

Looking at the weather Friday night, I knew Saturday was going to be a messy day.  And when I woke up at 7AM, the winds and driving rain were there right on queue.  The only good news is that in Rock Creek we were protected from most of the winds.  But it did rain.  And oh did it rain.  I think my showerhead has less pressure than some of the rain squalls that came down.

We had a good time though, knocked out 14.2 miles at a 7:36 pace.  Just about the same group as last weekend, except one additional person. Like last weekend we spent considerable time making jokes.  Although there are less things in Rock Creek Park to make fun of, so we had to try harder.  But splashing around in huge puddles is a good way.  Oh..and the people yesterday out their suffering with us were soooo friendly.  EVERYONE said “Hi”.

Plus, I got try out my ‘new’ clear/thin rain jacket for the first time.  I had gotten it back in the fall with the intent of using it on rainy (but slightly warm) bike rides.  It has yet to be the right weather combination of the two to use it.  But it worked fairly well yesterday.  It’s only $14 – so it’s just something to keep in the trunk of the car.  And to be clear, with that much driving rain – it didn’t keep me dry.  But it did keep me warm and kept the wind away. 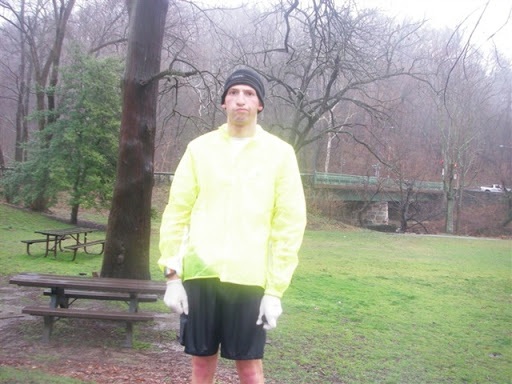 Following breakfast in nearby Chevy Chase, it was time to make a decision.  Should I ride my 60 miles outside in the heavy wind/rain and thunderstorms.  Or should I jump on the CompuTrainer and ride the first lap of the IMCDA course?  Here’s what the weather looked like outside as I pondered this: 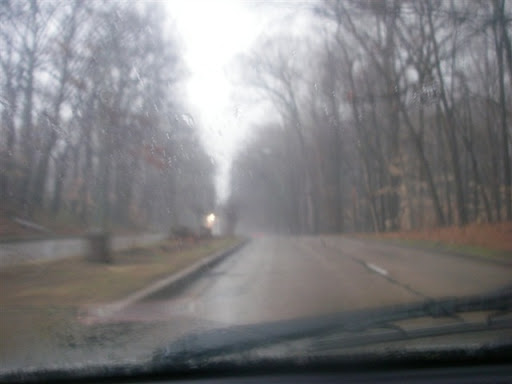 It was one heck of a trainer ride.  I got in 1.5 movies (one movie was bad, so I stopped it) as well as some TV at the end.  All covering 60 miles in a touch over 3 hours.  I completed the first loop of the IMCDA course and then had to had about 4 extra miles in to top off the tank.  Just remember, the resistance is variable with the CT, so it wasn’t just 60 miles of spinning.  Nope, I had to work my ass off on every hill – including some with 11% grades.

I didn’t realize how messy that course is within the middle of each loop.  Constant up and downs.  At least when you all ride it for real you’ll be able to take advantage of the descending parts of the hills.  For me I just have to keep in pedaling my butt off.  I also don’t know if I have the mental strength for a multi-loop bike course (IMC is just a big-ass single loop, which I prefer).

But overall, it wasn’t as bad as I thought it would be – for being on a trainer for 3 straight hours.

Following which, it was time to recoup some of the 4,000-5,000 calories I had burned by that point in the day in just training alone.  I also had managed to lose over 7 pounds since waking up.  And I was drinking every 15 minutes on the bike plus I had a big breakfast/lunch.  So when dire situations call for dire solutions – there is only one place to go.  One place where you can intake 1,025 calories in a single shot.  Yes…you know it.  Chipotle! 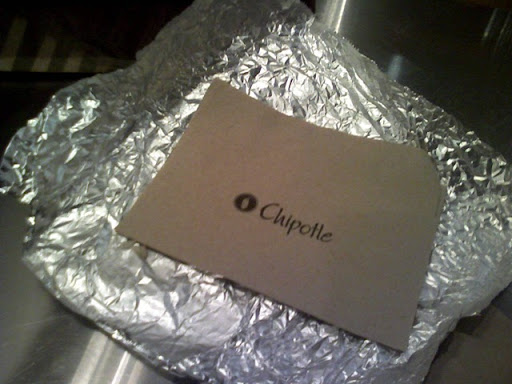 And soon…there was no burrito.  I also had a single Krispy Kreme Doughnut.   Mmm….dooooghnuuut.

Friendly fishes in the sea

Today I did my swim workout with some of my running friends.  Just something different, it was fun and we had a good time.  I knocked out 3,000 yards to finish off the week.  I also went for a short 3.1 mile run pre-swimming to loosen up a bit.

All in all, the training week shaped up rather nicely.

Next week’s plan:
Change.  Much change.  Just got my first week of training schedule from my new coach a few hours ago…so trying to digest it all.

Oh, I’m also trying to sort out my travel plans for Oceanside 70.3 (San Diego, March 29th).  I’m thinking I’m going to fly out Thursday night and then return Sunday morning.  If anyone’s in the area that will be at the race and want to meet up – let me know!