The day was labeled “Race Simulation” on my training calendar.  And had it been a nice summer day with birds chirping, it might have been just dandy.  But in reality, here’s what it looked like: 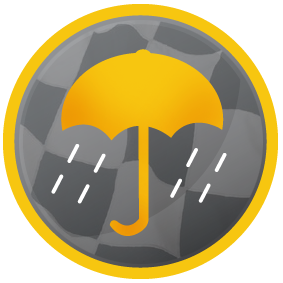 Given the weather forecast was known for most of the week, Coach instead put together a lovely melody of indoor stuffs:

If you were to boil it all down, it would look something like this: 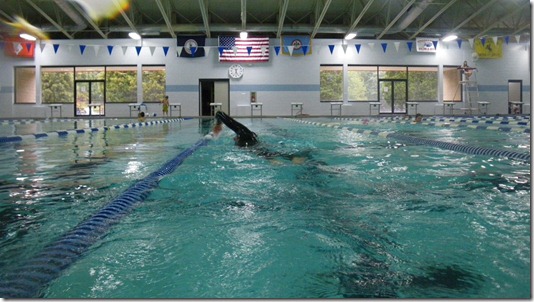 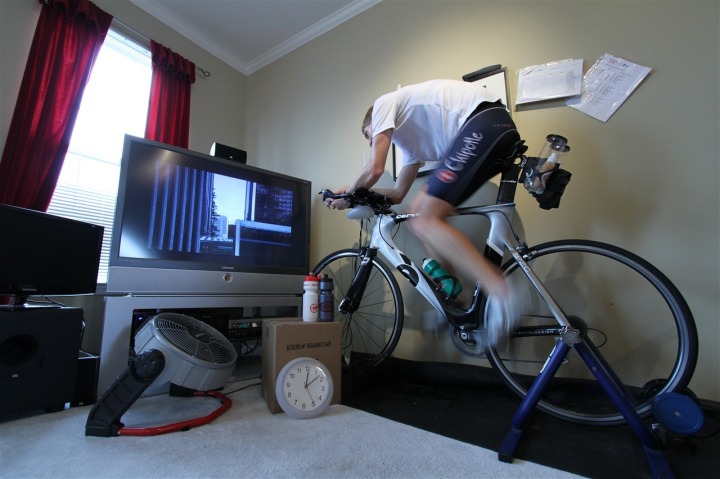 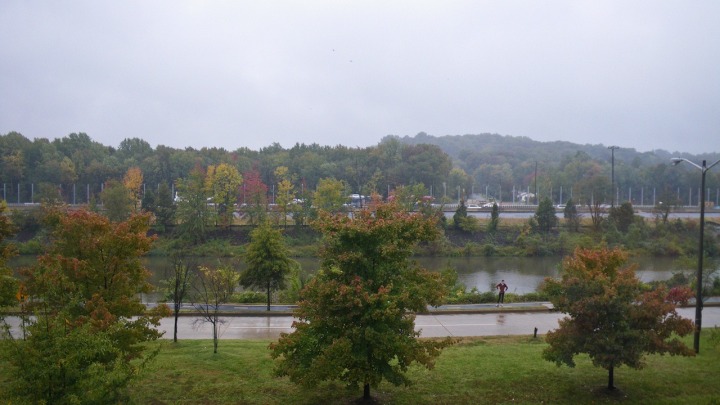 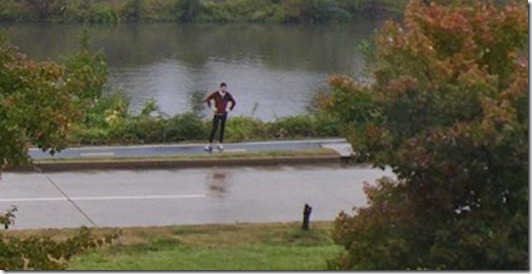 (Note I actually put together a sorta interesting photo time-lapse of the whole day (swim/bike/run).  Though, I didn’t like the final product enough to post it within this blog entry (couldn’t decide on audio, didn’t like the transitions, and overlays, etc..).  That said, if you’re interested, you can click here to see the very rough draft clip on Vimeo (otherwise hidden).  I’ve been playing with various camera/video techniques since getting a new camera, and so I setup a bunch of cameras to take photos automatically.  Some were of the rain clouds going by and some of me on the bike/swim.  I’m mostly just using this as a way to learn how to use it all.  By finding a way to piece it all together I learn how to use the software/hardware. Think of yourselves as the peanut gallery…with me apparently being the peanut.  I promise, at some point they will get better…right after I get to the offseason.  Note 2: Yes, that is “The Girl” about a third of the way through the bike.  She was off making cupcakes, but took a break to watch TV and eat a grilled cheese.  Though you only see her socks.  And as to why the last hour is cutoff on the bike, it’s cause that specific camera ran out of space on the card. 🙁 I didn’t know it till later on.)

Anyway, as far as the actual workout went, it was mixed with good and OK.

The swim – this went really well.  In less than 60 minutes I knocked out the distance of the Ironman swim (4,224 yards), and went on to complete an extra 50 yards before my time expired.  So that wasn’t too bad at all, especially since the first 1000y were at a bit of an easier pace.  This was a wetsuit swim, so times are a wee bit faster than a non-wetsuit swim – but given I race in a wetsuit, this is all good.

Bike nutrition – As you may remember from my last post, I was trying to figure out where to put the gels.  The tennis ball containers worked well (even opening/closing while still riding).  Some of you asked if I tried a simple clear water bottle container.  Yup, I did.  The problem was that for 24+ oz of gel in one container, it becomes rather difficult (even with marker marks) to get 1-2oz per ‘drink’.  I tried it two weeks ago on a long ride with mixed success.  Functional in a pinch, but not ‘perfect’.

The bike – While I completed it and all, my wattages were off a fair bit (by about 30-50w depending on the zone).  By ‘off’, I mean that for the HR zones I was specified (Z2/Z3), the wattages should have been higher (220w for Z2, 250-260w for Z3).  I can’t seem to pinpoint anything in particular, as all things seemed to be normal (hydration, nutrition, feeling fine, etc…).  I’m sure there’s a reason for it, just not sure what exactly it is.  Otherwise, it was a fairly uneventful 3 hours on an indoor trainer.  Got through one full episode of ‘The Biggest Loser’, and one episode of ‘Lie to Me’.  Normally I skip the commercials, but I decided against it in an effort to make the shows last longer.

The run – My run was scheduled as a paced exercise – so I was running a specific pace instead of a given HR.  In this case, the pace was a 7:40/mile pace.  I set the Virtual Partner feature again and simply went to town.  Started off a bit fast, but eventually evened out and stayed a few hundred feet ahead of the little man for the remainder of the 16 mile run.  So while I was spot-on for pace, the thing that moved this into a ‘OK’ category instead of ‘Good’ category was my HR was also high as well.  Given that I wouldn’t expect it to magically lower from ‘higher than normal’ to ‘normal’ within the course of T2, I can’t complain too much here.

All in all, 6 hours of training. Woot!

Waiting for me upon completion was a newly made batch of cupcakery awesomeness.  The Girl had been busy the night before and while I was riding putting together some cupcakes for the team at Bonzai (local tri shop).  Here’s some pics of the makings: 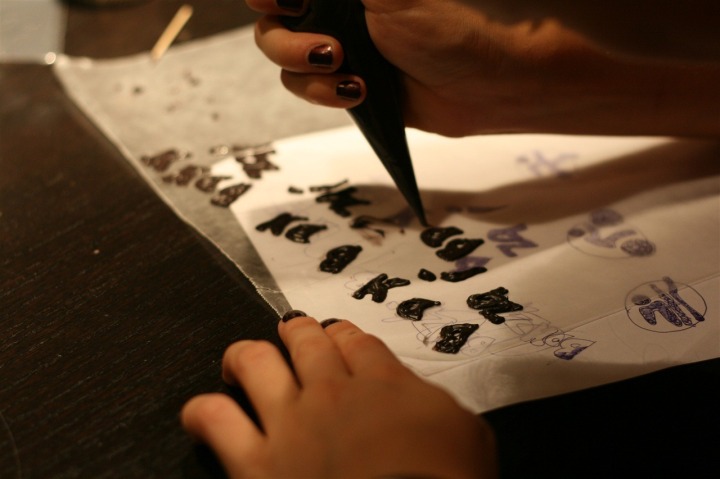 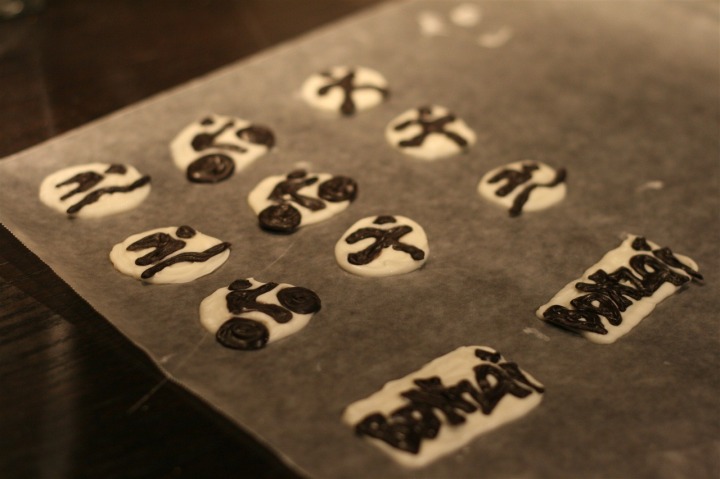 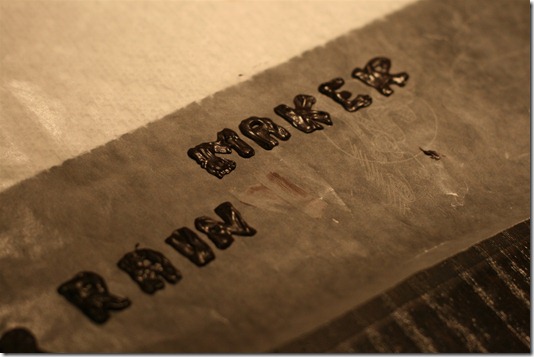 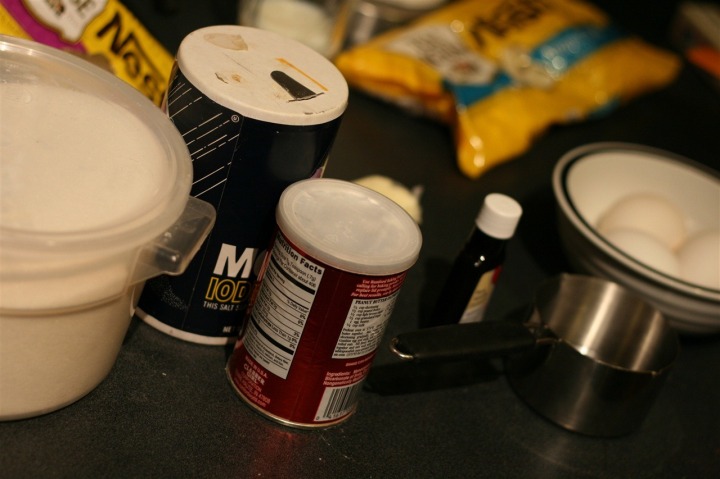 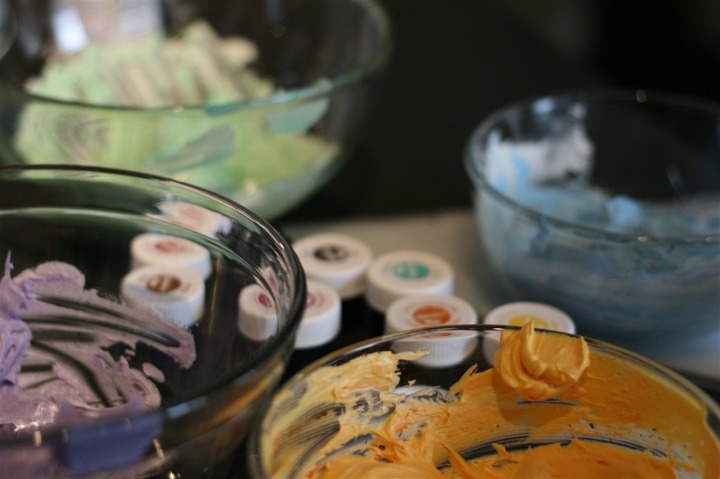 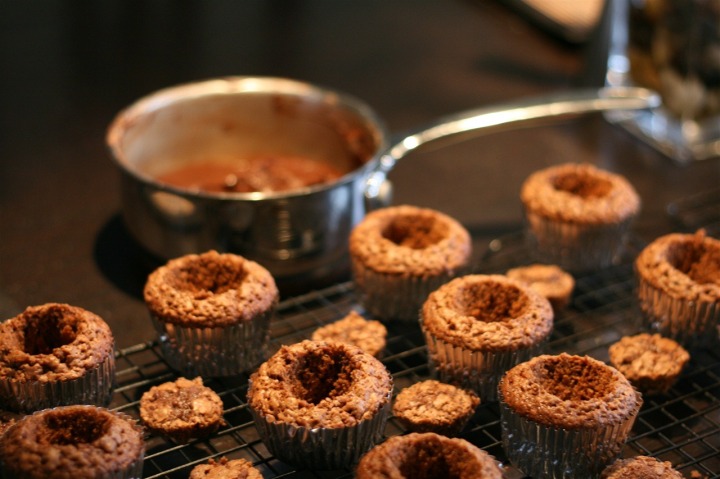 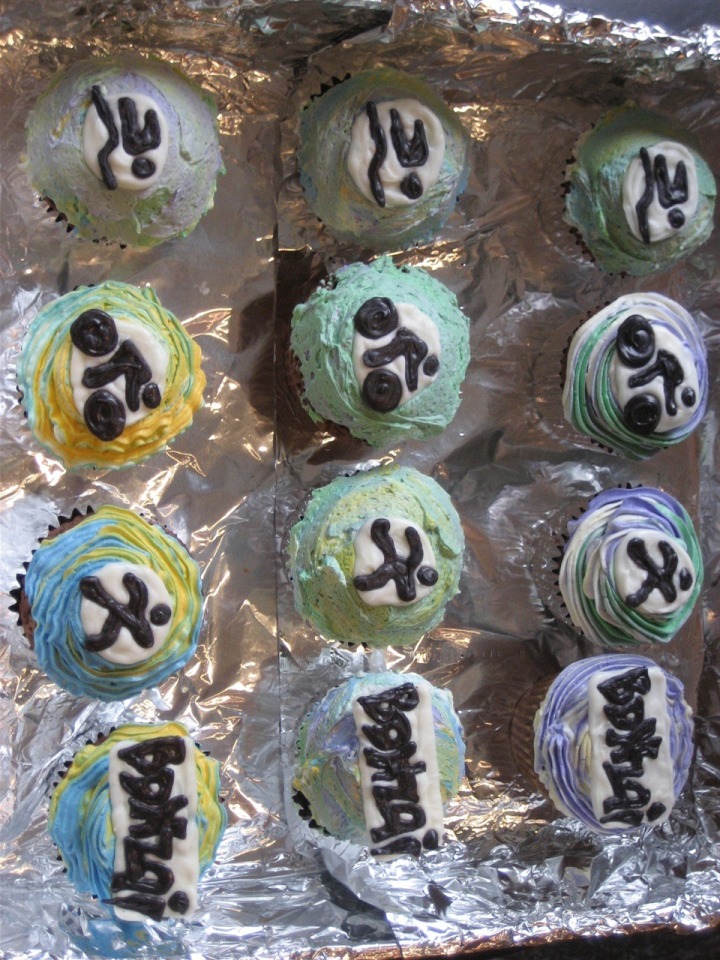 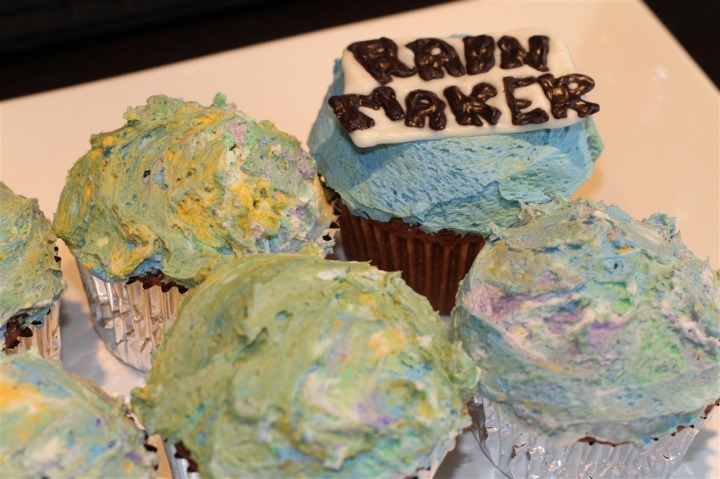 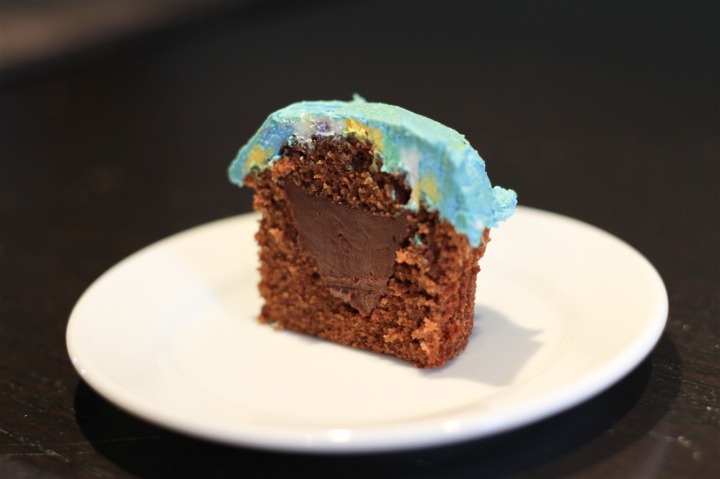 Oh, and my personal favorite would be the one above with my name on it. 🙂

Sunday I spent some time at the pool – not swimming, but playing with an underwater camera case.  This is actually a relatively inexpensive one that I have as a backup one until the final dive-worthy case arrives in a few weeks – just in time for an incredible trip I have planned with my brother.  That said, I did have some fun in the pool while The Girl knocked out the second half of her weekly long swim workout.  Unfortunately, some little kids were in the deeper end of the pool taking up the lanes there, so I couldn’t really get the cool shots I was looking for (deeper down perspective looking upwards). 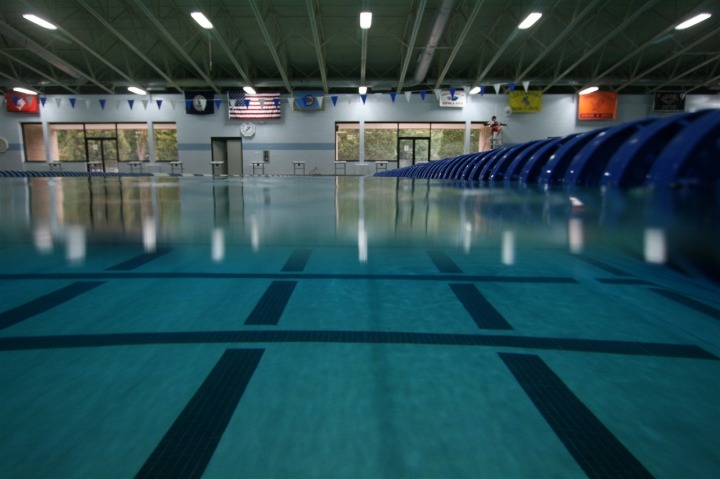 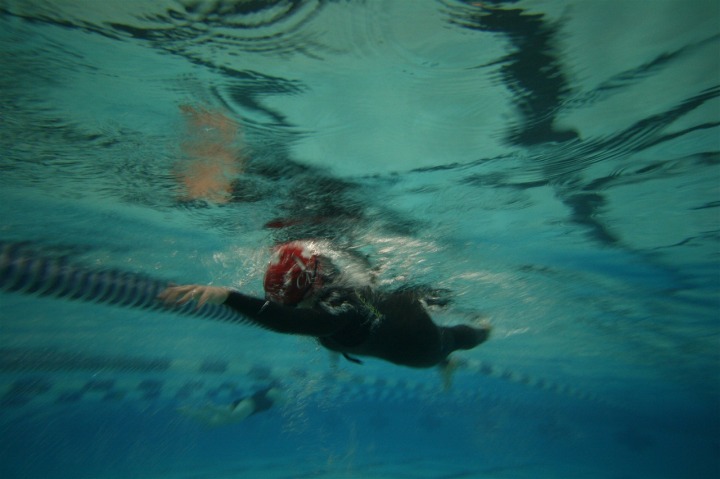 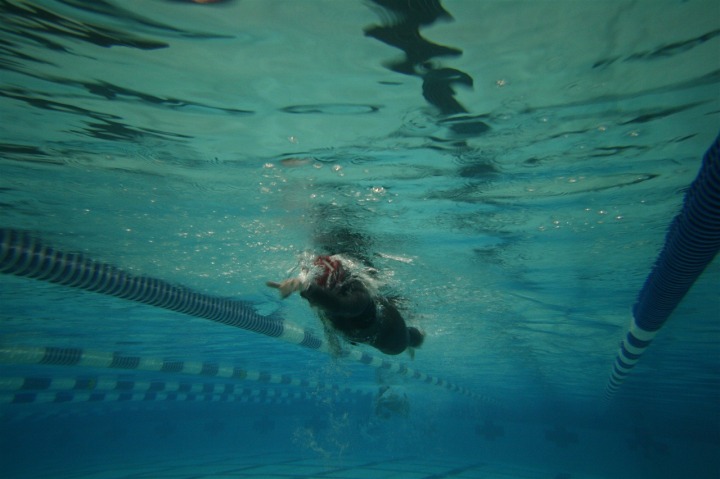 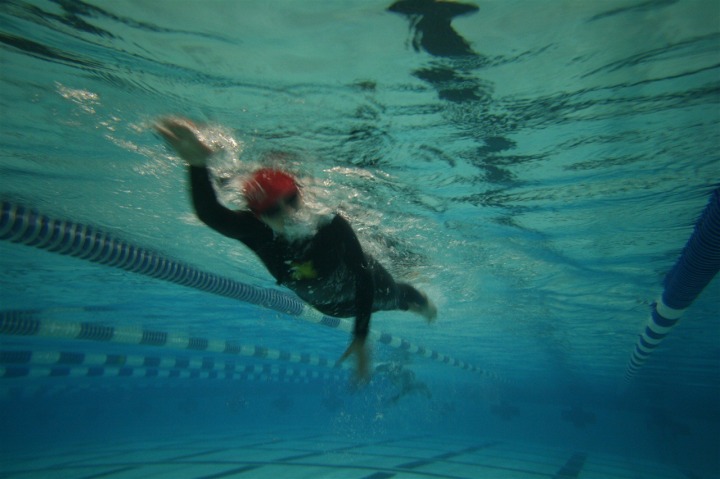 I also played with The Girl’s new FlipHD camera, which is pretty cool when added to its relatively cheap ($40) underwater case.  Great for seeing yourself swim, and given it’s only got a few buttons, it’s pretty easy to use.