I set out earlier last week to decide which were the best aerobars for me.  The bike shop guys were fairly useless in their ability to help me choose – but I was someone expecting that since it’s a ‘personal preference’ thing. I picked up two sets at a bike shop, not really knowing which ones I would like best.   The first part of my ‘review’ is here.  On Thursday I went ahead and detached the first set of bars and put on these bars below (hereafter called the second set). 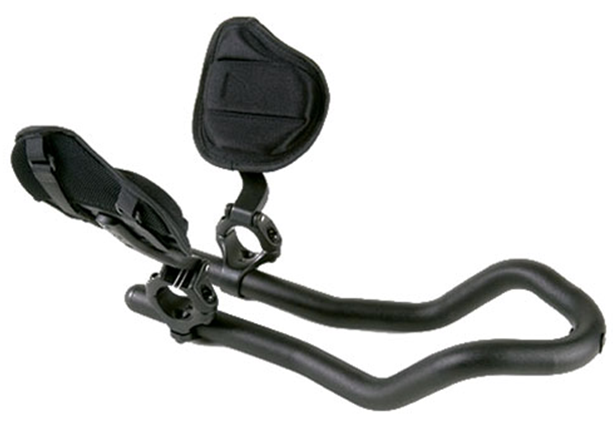 First of all – these bars were a pain in the butt to get installed in comparison to the other ones.  Of course, this might be more to do with perception as I was trying to do it as quickly as possible since the install was directly eating into my cycling time (I had to meet up with a running group at a set time, so every minute spent fiddling was one less minute on the road cycling).  But I would still ascertain that the first pair was easier to ‘clip-on’ then the second pair.  Not that it matters too much once it’s installed, but worthwhile pointing out.

The arm rests are a bit different than the first pair in a couple of ways.  In the first pair, the padding is fully detachable via Velcro – making it easy to clean.  In this pair, they’re stuck on like a sticker.  Also, on the other pair the arm rests were non-movable once installed.  In this set the arm rests actually go up and down on a set of springs (think like a clamshell, not vertically up and down) that could move throughout your ride.  Interesting concept, not entirely sure of the point though.

A few things I didn’t like about these were that they made me feel more open than the first pair – it’s plausible that I didn’t have them configured correctly, but given where I would have to put my hands on these, it made my hands about 4-5 inches further apart then on the other ones – causing my body to naturally open up more and be less aerodynamic.  Secondly, I felt that the arm rest wings went too far out on the horizontal axis in comparison to the other ones – likely as a result of the hands being further apart – but it covered up useful room on my handlebars. 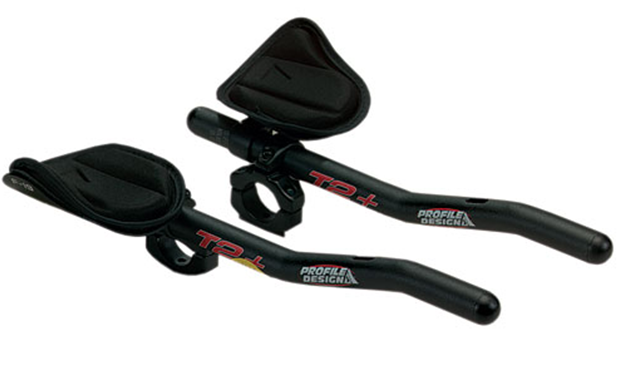 I rode on them (the ones pictured above – the dual bars) yesterday for my two hour ride.  They felt pretty good and I was able to stay down in them the vast majority of the time – the only times I had to get out of them was when I was crossing towards 40MPH mark (I just didn’t feel in control enough given the wet roads) and on some sharp corners.  Otherwise I felt pretty comfortable in them.