10 Years Ago Today–Wahoo Announced the KICKR: Here’s a Blast From The Past 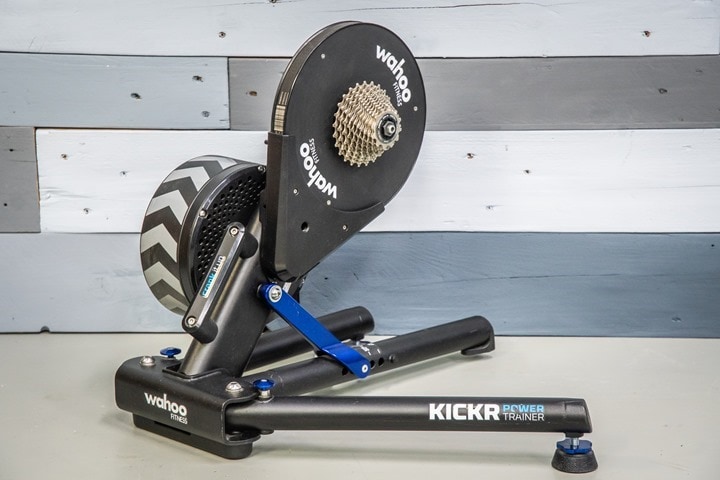 You see, back a decade or so ago, the indoor trainer industry was mostly four companies: RacerMate (with their famed CompuTrainer – of which I bought two), Tacx, Elite, and then CycleOps (now Saris). Lemond was somewhat a sideshow with their new Lemond Revolution Pro direct drive trainer. Wahoo’s entire existence at the time was simply selling iPhone adapters that connected to ANT+ accessories, followed soon by heart rate straps and cadence/speed sensors the same year the KICKR was launched. 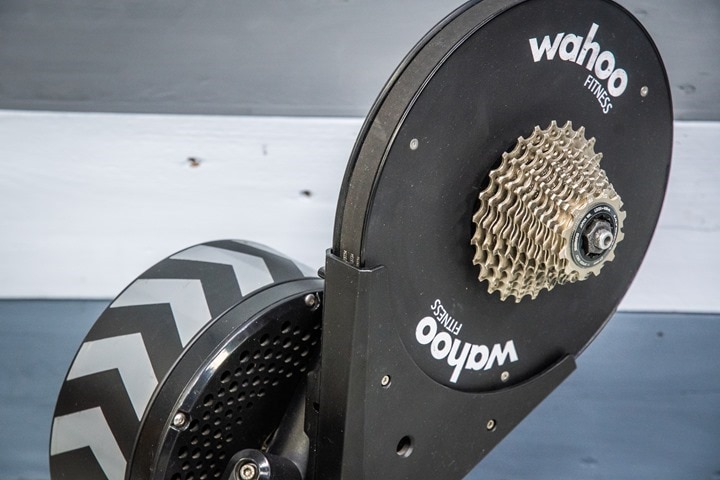 So where the heck did the Wahoo KICKR come from? Well, Wahoo Fitness founder Chip Hawkins’ annoyance with his CompuTrainer he bought from RacerMate to train for triathlons, just like any other athlete would. Specifically, the CompuTrainer had a small wired control panel that you screwed onto your handlebars. It was functional, but clunky and used (wired) technology from the 1990s (and earlier). Connecting to an analog chest strap required even more cables (same goes for the wired cadence sensor using Velcro). As one who used one for many years, it was always a bit finicky.

The only problem? RacerMate wouldn’t play ball (any ball, in any way). Which, was entirely par for the course then. RacerMate was not known as being a flexible or forward-focused company. Instead, it was mostly a company that created a bombproof trainer design a decade or two earlier, and just kept milking it for every last cent.

Frustrated by RacerMate’s lack of willingness to entertain his ANT+ adapter idea, Chip did the only logical thing: Built his own smart trainer, then open trainer protocol, sold a few million or so of them, and then ultimately put RacerMate out of business.

If you want to turn back a bit of a way-back machine for you, 6 years ago at Eurobike I tried one of my first ever livestreams from the Eurobike parking lot in my rented Eurobike road trip RV. It was with Chip, spending an hour chatting all things Wahoo, taking live questions from the internet. In 2016 this was super challenging due to crappy cell signal in that area, combined with on the fly livestreaming tech being a bit hit or miss. In any case, at 5:05 in the video he discusses the whole situation that led to the Wahoo KICKR. Also, the audio is occasionally horrible. The below is set to start playing at 5:05.

(If you manage to make it through the audio on this, there’s tons of interesting Wahoo tidbits, including other garage projects like making his own electric car.)

What’s important to understand though is just how industry-changing the Wahoo KICKR was. To begin, back then, there were no industry standards for how trainers would talk to apps, because there were virtually no apps. Instead, each manufacturer had their own apps. For example, Tacx had their Tacx Training Suite platform (see my 2011 review of that here), which was a collection of all sorts of different training components. Some virtual world stuff, some ERG mode stuff, some real rides – even multiplayer mode! It was arguably quite advanced for the time, but I always found it a bit finicky. But again, this all only worked with Tacx trainers.

But even worse, each of these companies had a slate of trainers. I once joked in a post that going to the Elite stand at Eurobike 2015 was like going to the grocery store and buying all the ice cream container flavors. I kid you not, this was the Elite trainer lineup for the 2015-2016 season – some 16 flavors:

But rewinding back to 2012, when the KICKR launched, there was only a single direct drive unit from Lemond (which actually did launch an ANT+ adapter, though it took a year or two for it to show up, during which time Lemond went out of business…and then back into busines). Point being, all other trainers in 2012 were wheel-on. That meant you had to deal with tire slippage and constant roll-downs every time you put your bike on the trainer (and after 10-15 mins of warm-up), otherwise it was wildly inaccurate.

Wahoo’s idea was simple: One trainer, direct drive, and with an open protocol/SDK that any developer could use to create apps that worked with the trainer. Within weeks we saw plenty of apps starting to come to fruition. Up till then, each of the handful of apps out there (like Kinomap), had to manually code each trainer on the market (electronically or via power curves). At which point I reference you back to Elite’s lineup. And only a portion of those had any connectivity at all.

The day Wahoo announced the Wahoo KICKR, they also showed off a Strava Live Segments app. This app would let you race Strava Live Segments on your Wahoo KICKR Trainer, showing progress on a map, including the leaderboard. While that concept seems commonplace today, it was unheard of then. And the real, well, kicker? It was developed in two nights by one of Wahoo’s engineers a few days before the KICKR was announced at Eurobike. Granted, it’d take a year before it released. Here’s a video I shot in 2013 showing it off. Also, you can hear just how loud those original Wahoo KICKR’s were.

While that app would eventually find challenges when scaled up to the entire world’s worth of Strava segments and eager customers (due to the inaccurate elevation data it relied upon), it served as a starting point for the rest of the industry.

Within merely a few months there were plenty of indoor trainer apps for me to test for my first Wahoo KICKR In-Depth Review, including apps like TrainerRoad, Golden Cheetah, Kinomap, and iMobileIntervals. Zwift? It didn’t exist for another two years.

Now, this isn’t to say every standard started from Wahoo. Take for example the trainer control protocols, starting first with the ANT+ FE-C standard. While that had strong roots from Wahoo’s efforts, it wasn’t Wahoo that pushed that over the finish line. It was actually companies like BKool (who made trainers then), Tacx, and Elite. All of which supported ANT+ FE-C a year before Wahoo ever supported it across all their trainers. And then the same would also occur on the Bluetooth FTMS side (where Wahoo lagged behind for many years).

Following that, we saw the entire industry had begun falling apart when it came to formalizing standards in the trainer industry. That included things like steering, WiFi/Ethernet connectivity, and in-game controls over the last 3-5 years. But, I’m seeing strong indications this year behind the scenes that the winds of change are finally in alignment between all the major trainer manufacturers (and major apps) for standards that should hopefully spur not just the next generation of software, but also the hardware that can take advantage of that. 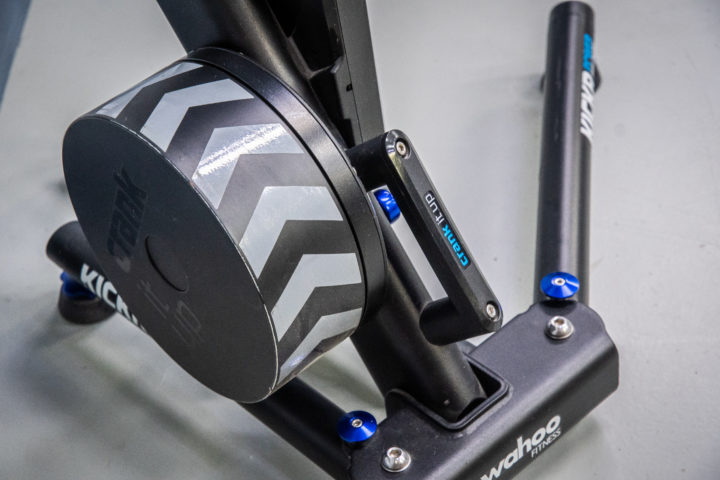 Of course, the creation of the Wahoo KICKR wasn’t just Chip Hawkins. At the time, Wahoo had about 15 employees. Two years later it was 35 employees. Today it has 300. Of course, now the company makes sensors, bike computers, desks, fans, power meters, incline simulators, pedals, multisport watches, software trainer platforms, smart bikes, and has had plenty of other flirtatious business ideas along the way (such as making smart watches for Magellan).

It’ll be interesting to see where Wahoo takes the company and their products over the next 10 years. The competition in this space has never been stronger, competing with companies worth billions of dollars, and producing millions of units per year in the same categories of products that Wahoo makes. Trainers are no longer a niche product, and neither are GPS bike computers. Both are commonplace, found in many, if not most cyclist’s arsenals these days. So while nobody knows where the road is going to take us, it’s clear where the road mostly began.