Time Trialing with the subway

Sunday night after I got home from New York City around 5PM I still had one minor item left to knock out…a 2hr and 45 minute ride.

Now, I could do this indoor on the trainer – but I’m sick of doing long rides on the trainer right now – so I selected to hit the roads instead.  Given the weather was incredible on Sunday (like 60*F+ incredible), this would be awesome.  The only problem?  Light.

With sunset at 6PM, this would really only afford me about an hour of sorta-decent light, before I got into solid sunset light, and then finally no light.  While I’ve gone and done long rides in the pitch black darkness before – I try and only do so on roads with virtually no traffic.  There are only a few of those locations in the general DC area – and neither of them I really felt like driving to.  I simply wanted to get on my bike and go.

So, I decided to set my sights on Haines Point, which is a long skinny portion of the National Park area in DC.  It has a 3.2 mile peninsula loop that extends out into the Potomac River.  Further bettering the situation is that the road is only one-way, which minimizes weird traffic issues.

With my decision set – off I went: 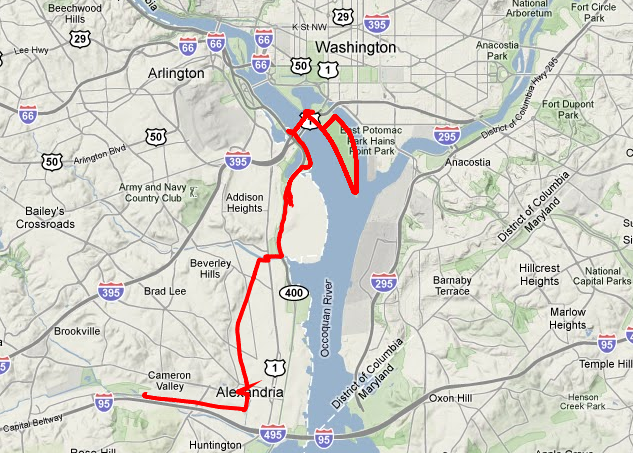 About 35 minutes later I arrived at Haines point, just as sunset was starting to color the sky.  There were a number of people out enjoying the amazing evening there, from folks fishing to families having picnics.  All around nice and peaceful.

I would remain at Haines Point doing laps for another 2 hours.  In total I would do 42 miles of laps.  Lots of laps. 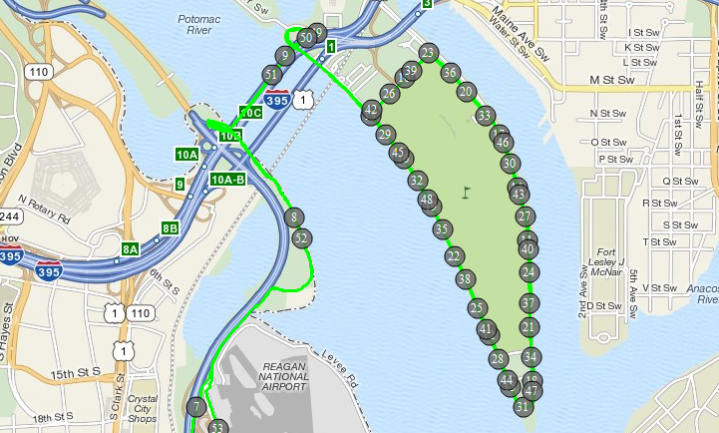 I almost hit one seagull that decided to fly right into me.  Historically, that would make two bird casualties (plus the squirrel, and the kid). Sunday also had one fox that also wanted to play chicken with me.  It was a rather large fox too, usually they’re very small – this thing was a beast.  It had a longer fox-like tail – but was the size of a dog.  Odd.

I was thrilled with the workout, it went very well.  Pretty high Z2 wattages despite having just sat on a bus for 5 hours.

After I was done I headed back across the river to the Commonwealth of Virginia.  After reaching Virginia I turned back around and went to DC.  And then I repeated that again. I used the bridge across the Potomac for the final part of my workout, short 20 second accelerations at full power, back and forth four times I went. 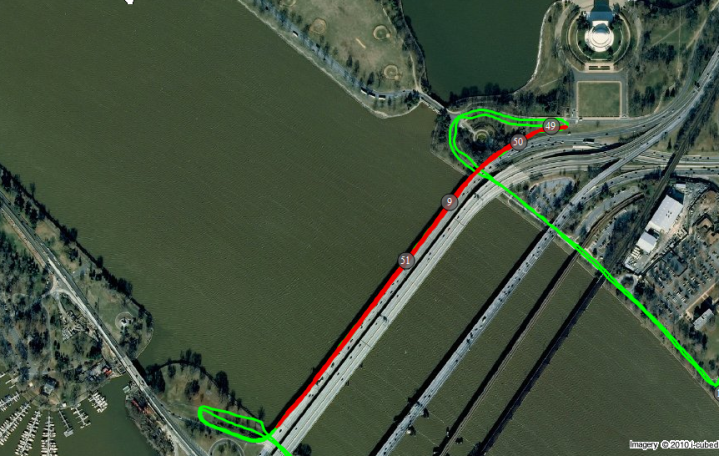 Finally, from there I took the Mt. Vernon Trail and went to the airport (DCA)…on my bike.

Why the airport you ask?  Well, for me to get back to my house I would have to cross all of the city in the dark, at night, on what is effectively a time-trial bike.  While I don’t mind night riding – ones reaction and maneuvering capabilities are just more limited on a TT/Tri bike than a commuter bike.  Out in Haines Point in the dark it was quiet, peaceful and virtually car free (and really well lit like a stadium).  Not so much for the rest of the city with a million intersections to cross.  Just not a wise decision.

So, I simply caught the subway home. 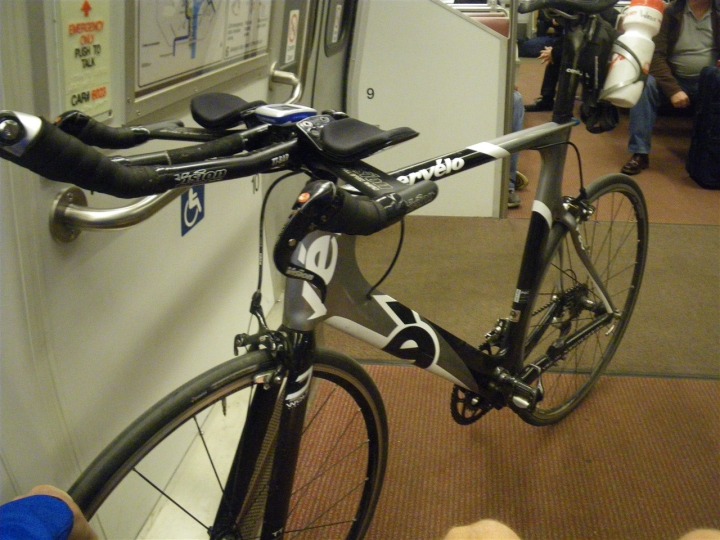 I found that a tri-bike doesn’t really fit very well on the Metro – luckily it was pretty empty at 8PM on a Sunday night. 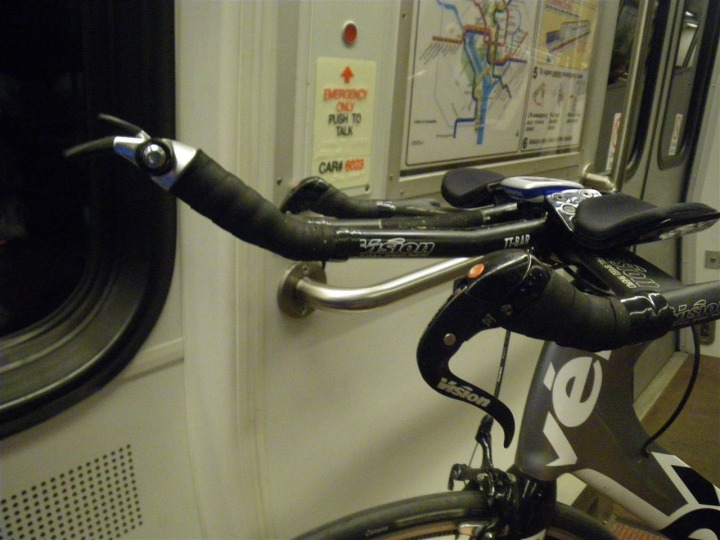 I also got some funny looks.  Probably didn’t help that I was wearing my Chipotle “Hot” ass cycling shorts. 🙂  I wanted to take a picture of them (read: my ass) but it was awkward enough taking pictures of my bike with people looking at me.

Once I got to my station a few minutes later, it’s just a short 1 mile ride on a bike path to my place – so no worries there. 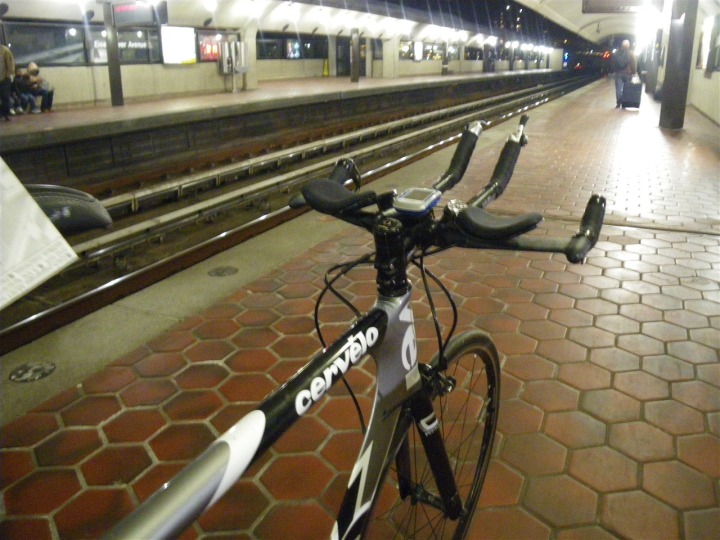 This week has been a fun training mix thus far – with a short 8K race this weekend, and the season’s first tri next weekend – things are turning to bricks…and bricks always rock!  Or something.