I continue to have more time that I know what to do with.  So, I’ve been filling up the rest of the days will all sorts of fun things to keep me busy.

After knocking out a mini-IT2 trainer workout on Friday afternoon, it was time to head out to the Washington Nationals (Nat’s) game. 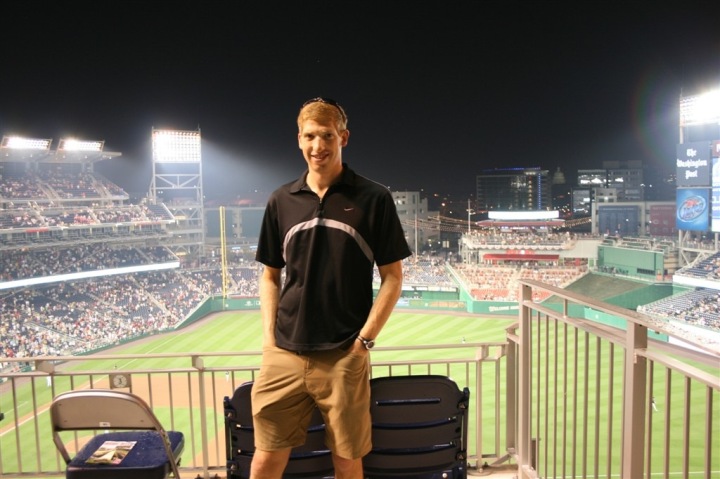 As usual, I spent time with my friends and just wandered about the stadium.  I’m not a huge fan of the Nat’s (I’m a Mariners fan…Seattle and all…), so their success or failure isn’t paramount to evening.  Once again, it rained at the game – I think I’m 3/3 on having it rain at Nat’s games.

But, I did get some good photos around the stadium.  Here’s a view from our $18 seats (unfortunately, the $10 tickets weren’t available).  Not a bad view though!

And then heading around to the other side of the stadium, looking across the field.

Of course, the highlight of my night was actually this ice cream sundae.  I’m not a huge ‘ice cream in a plastic baseball cap’ kinda guy.  But I had a craving – and this just looked incredible.  Hot fudge, oreo cookies on the bottom, sprinkles…it doesn’t get much better! 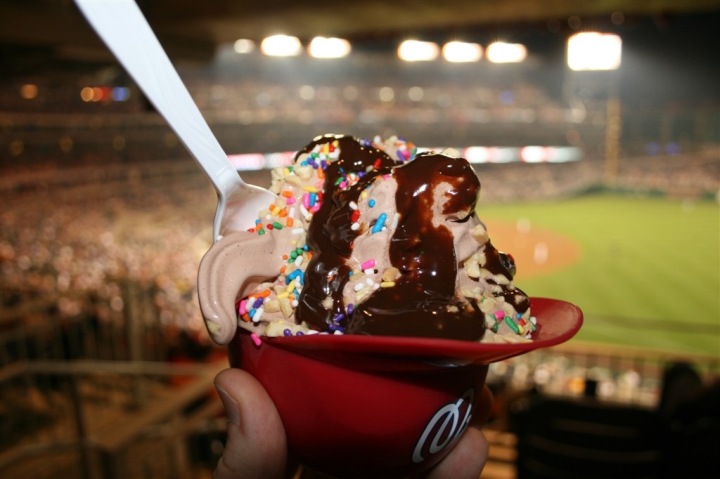 I was first in the Old Town outdoor pool when it opened at noon.  I like to be the first person in an attempt to secure a lane.  I don’t mind sharing a lane – in fact I sometimes enjoy it, I just wanna be able to pick my lane.  Oh, it also allows me to pick out my pool side deck chair location.  There is much strategy involved there…

Some women did join me for a few dozen laps.  I was actually surprised, she was doing 250yds sets and was keeping pace with me – despite not at all having a body type that you would think would be able to.  We swam a few laps side by side, which was actually fun as it kept me on my game a bit.  Sometimes I slow down a bit – so that helped to keep pushing me.  After 60 minutes of non-stop pull buoy swimming I knocked off 3800 yards and went to enjoy the pool deck.  Regrettably, scenery was down for the second straight week.

After that it was time to head out on a tour of Washington DC by bike.  The friend that I do my 20 milers with is heading overseas next week, and he wanted to get out and take some photos of the major monuments around DC.  So I hoped on my trusty mountain bike and we went around and took pictures all over the place. 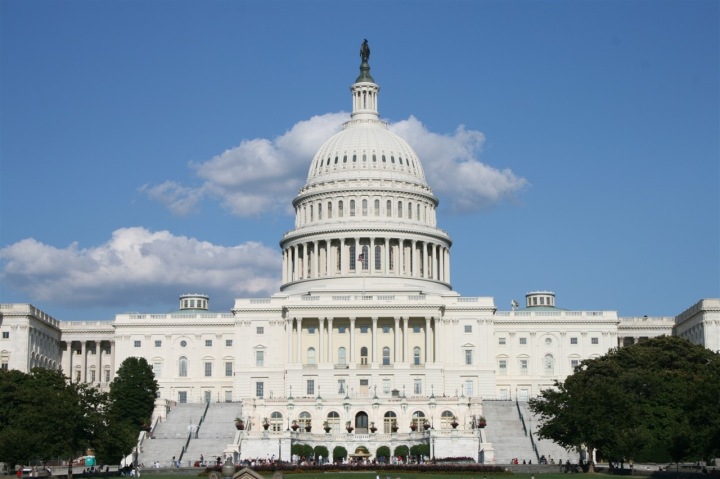 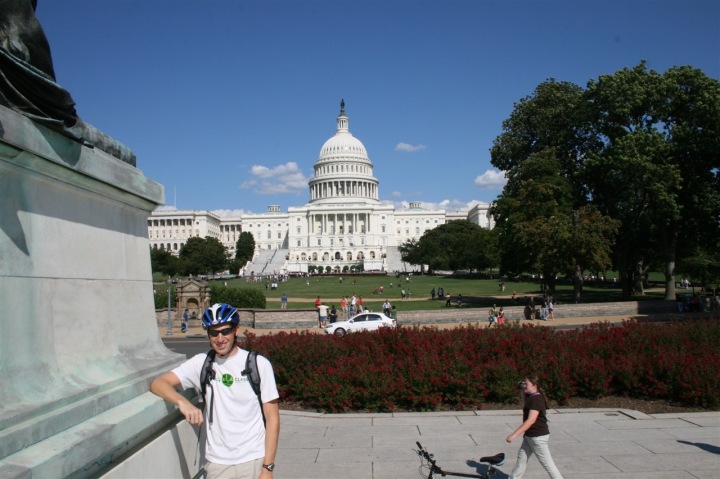 There was a big ol’ demonstration going down on the southern portion of the Mall, peoples everywhere.  Also a few near the White House.  Having a mountain bike made just wandering anywhere sooo easy. 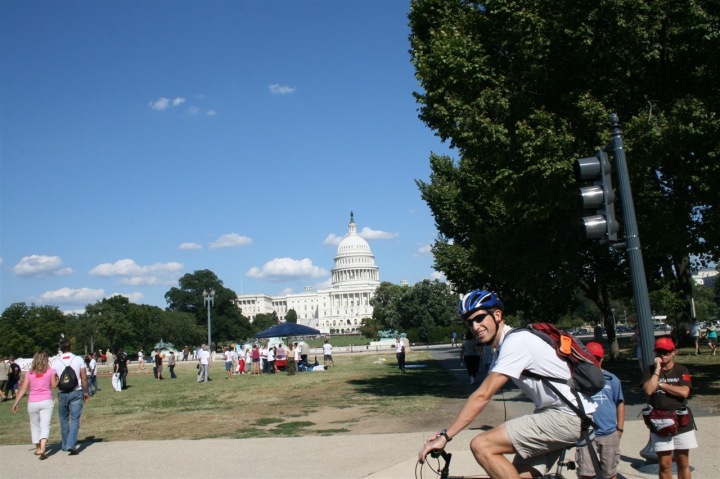 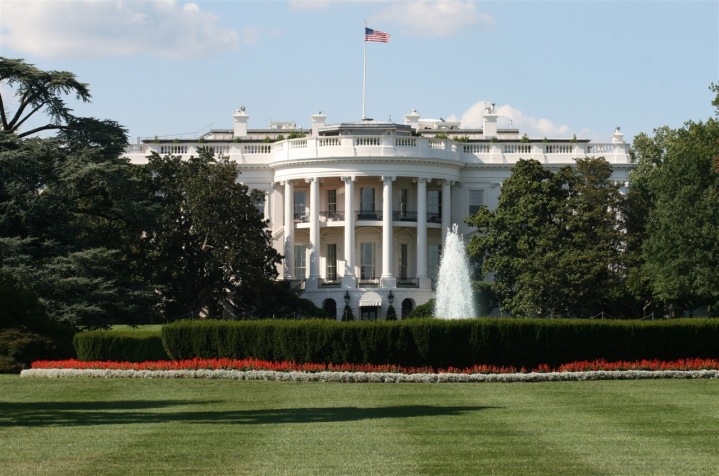 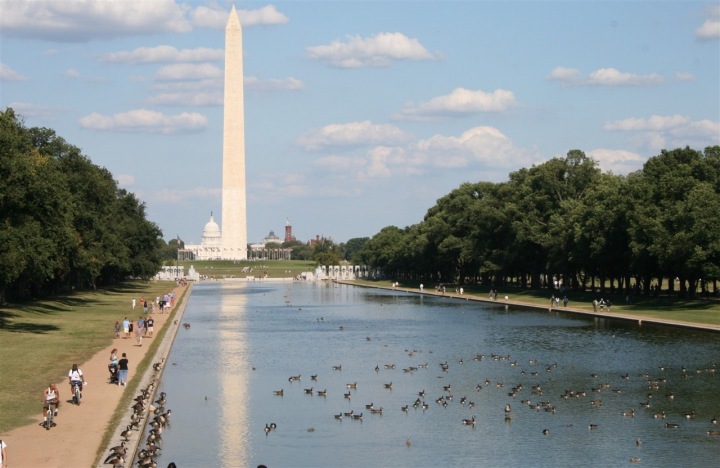 Afterwards, we took advantage of DC’s restaurant week to get in a great Tapas meal at Jaleo’s.  Generally speaking the food was quite good, although there were a few weak dishes.  Following that it was off a party with a group of running friends to watch the women’s marathon.  Very cool coverage of the run.

Sunday… well, I was lazy.  I slept in till like 11AM.  And then I did nothing for a while.  Eventually I got my bike together and made the quick 20 minute drive south to Prince William Forest National Park.  It’s a semi-small National Park just outside of DC at only 15,000 acres.  But it’s got a GREAT 7-ish mile scenic loop road on it that’s been split one half for cars, and one half for bikes/walkers-runners.  This makes it ideal for any triathlon training as you can easily do loops of running or biking as you see fit to get in your workouts. 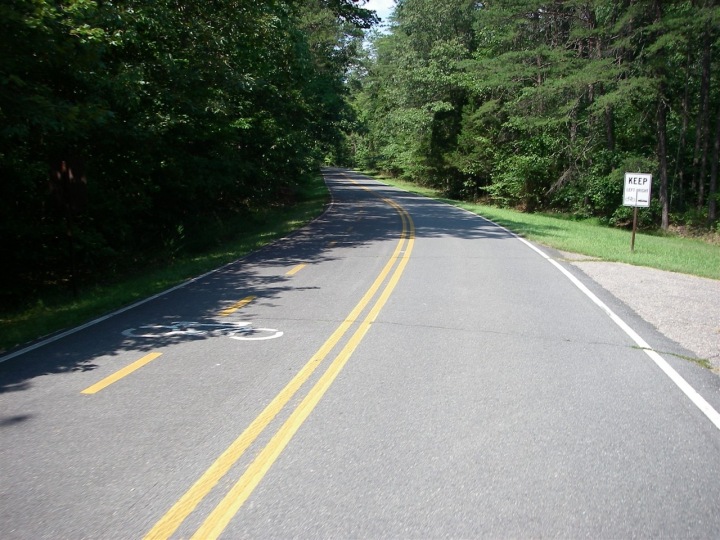 In addition, each loop actually has a 2 mile section with some fairly technical ascents and descents.  It’s kinda like shifting homework trying to nail them all perfectly.  The other 5 or so miles of the loop is relatively flat/rolling, which makes it great for hunkering down in the aero-position and just rockin’ it. 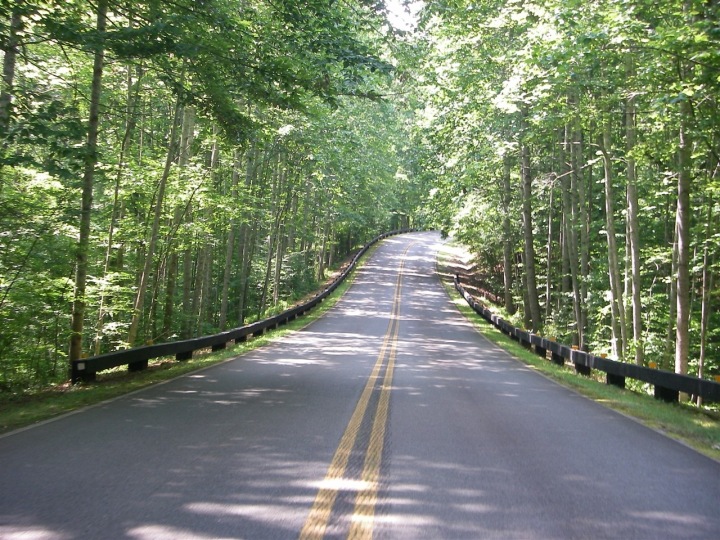 Speaking of rockin’ it – those descents make for some screaming speeds.  I got up to 44.5MPH today on the little descent below.  Since I completed four loops, I took out my little camera on the last loop and made the below short video of this section (you’ll have to be on the page to see the video).  This was at 41MPH:

Afterwards it was time to run about 7 miles practicing my strategy for a sustainable run next weekend at IMC.  It’s somewhat complex, but basically it involves walking portions of the aide stations.  The overall speed I’m able to maintain at an incredibly low HR doing this method is amazing.  So…if you see me walking the aide stations (or the first two minutes of the run) next weekend – don’t fret.  As George Bush would say – I have strategery!