Well…that was the plan anyway. Sometimes things doesn’t exactly go according to plan.

Post-Ironman is an interesting time. Once the initial muscle pain subsided I still had the general fatigue in my body. Just always tired, but not always sleepy. For example I couldn’t fall asleep quickly at night, sometimes staying away for hours (I have a solution however…non-sweetened Cheerios at 2AM). I guess with the lowered training intensity I’m just not as tired anymore. But the odd thing is I’m only sleeping about 7 hours before I wake up ready to take on the day.

So I spent Saturday shopping. To be honest I wasn’t entirely successful. At Ikea the only thing I bought was the kids Swedish meatballs meal. And at Costco across the street they didn’t have any free samples – which is all I went there for. 🙁

But I did find success at Lowes and decided to semi-randomly remodel my office bathroom. Within about 20 minutes I had decided on and picked up all the required pieces and headed out the door to my little car.

Regrettably I didn’t consider the size of the box in my purchasing decisions. After significant unboxing, reboxing, unboxing and shifting I determined it wouldn’t fit inside my car. So I pretended it was a bike instead and stuck it on my car. 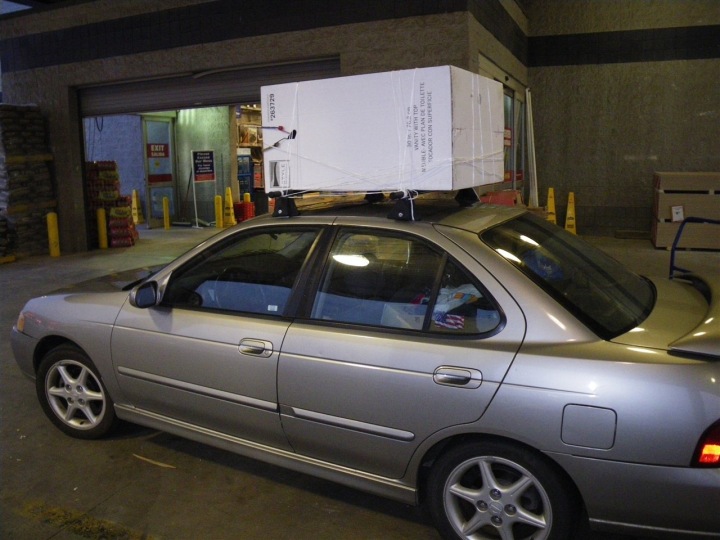 This took a lot of energy, so by time I got home I just went out for my planned short 20 minute run – instead of starting to remodel.

Btw – I was supposed to run Z1. Have you ever tried running Z1? It’s quite difficult I say. My pace, stride and everything were all out of whack. But I managed. Not too fast…but I finished.

Sunday was supposed to be simple. Teach a friend how to openwater swim, and then go for a short 15-18 mile bike ride along the Lake Anna Sprint Tri course giving them pointers as they hadn’t road biked before. 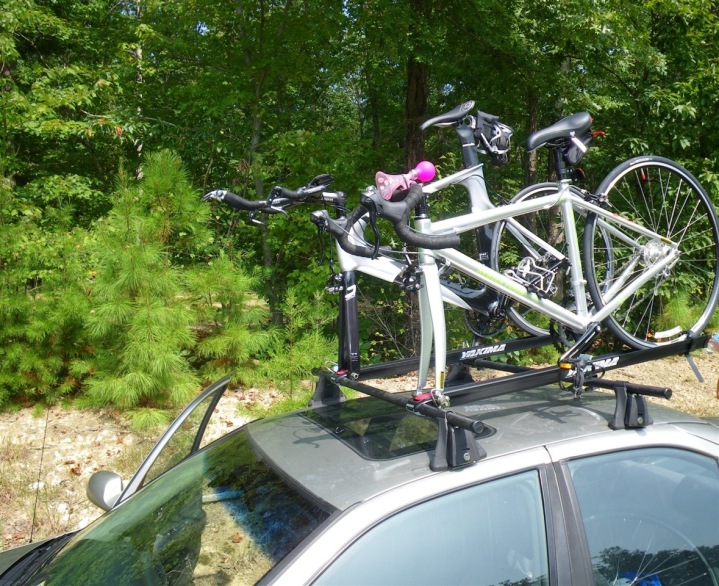 The swim portion was a success. They caught on very quickly and were easily sighting off of anything and everything. 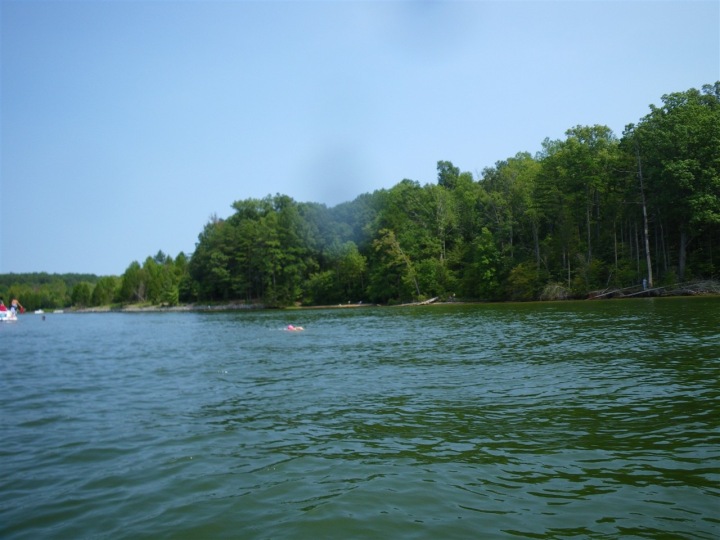 Massive-bike-directional-fail. I’ve never been so lost in my life – regardless of the medium – bike, car, walking, life direction – anything. And the people who live in that area are apparently equally as lost – always pointing us in the wrong direction. 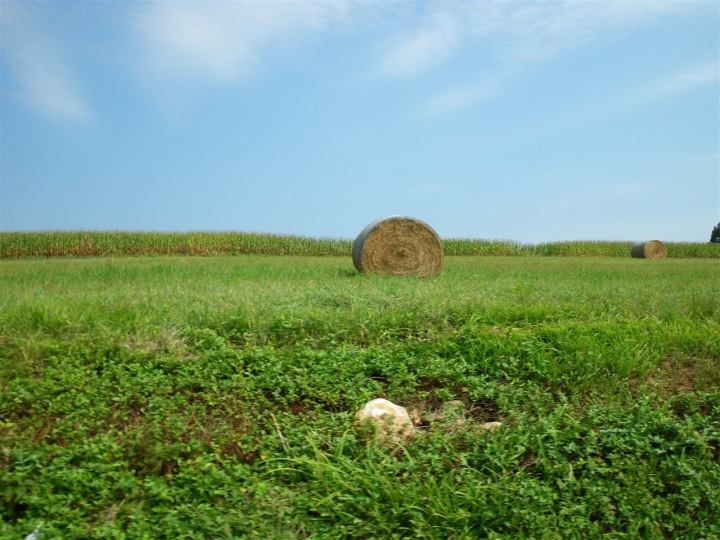 How lost? Well, a 1 hour ride starting at 1PM turned into a multiplier of Giligan’s Three Hour Tour. We arrived back just before dark. And circled the entire lake. 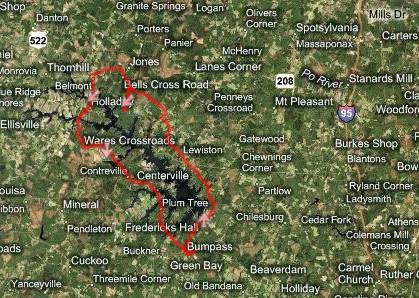 To make matters worse, I was supposed to be back by 7PM-ish for ‘guys night out’. No biggie I figured – one can always be fairly late to a guys night out…it’s just the guys right? 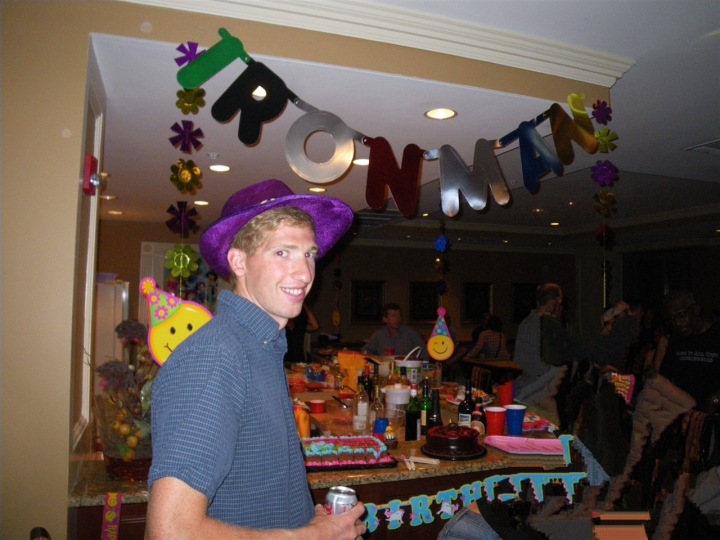 Turns out guys night out was actually a surprise party for me. With a CRAPLOAD of people. Holy crap. I walked in the door expecting 3-4 of my friends and found a massive gaggle. (Photo above slightly altered to remove friends faces. The party was also split as well for another friend celebrating her birthday.)

And yes, I was forced to wear that hat. The entire time. Thanks guys! 🙂 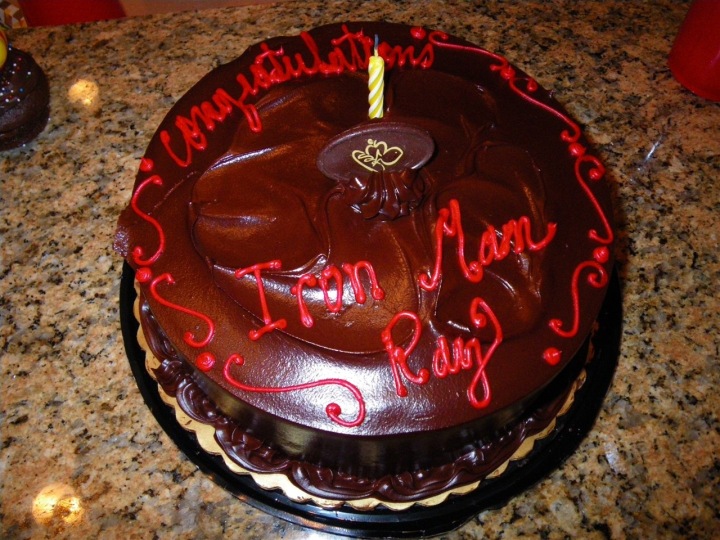 Comparatively speaking Sunday’s objective would be much easier than a massive bike ride – all I had to do was remodel a bathroom. I started at around 10AM (after turning up the Rock and Roll music of course), and finished up around 3-4PM. New vanity/cabinets/sink, new mirror, new lighting, re-painted, and a slew of other little things.

My Dad taught me that you always want to use ‘the right tool for the job’. Sometimes however…in the process of demolition, you can just use one of two tools for the job – a hammer or a saw. Like the inverse of duct-tape – they can destroy anything with enough persistence. 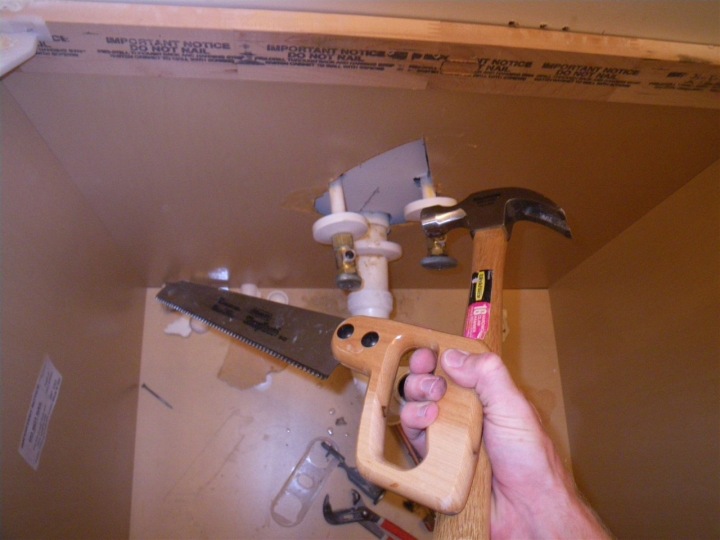 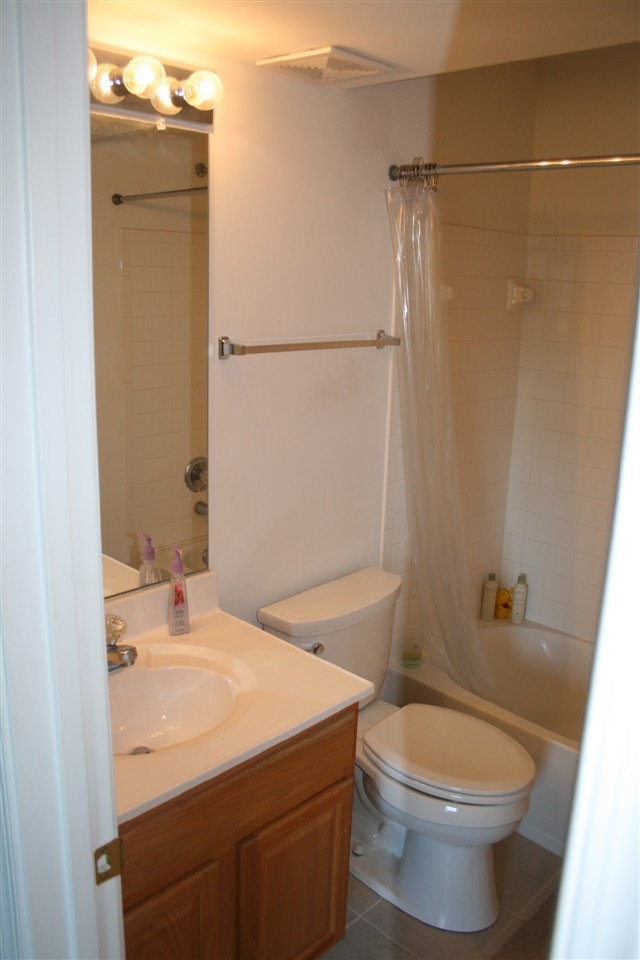 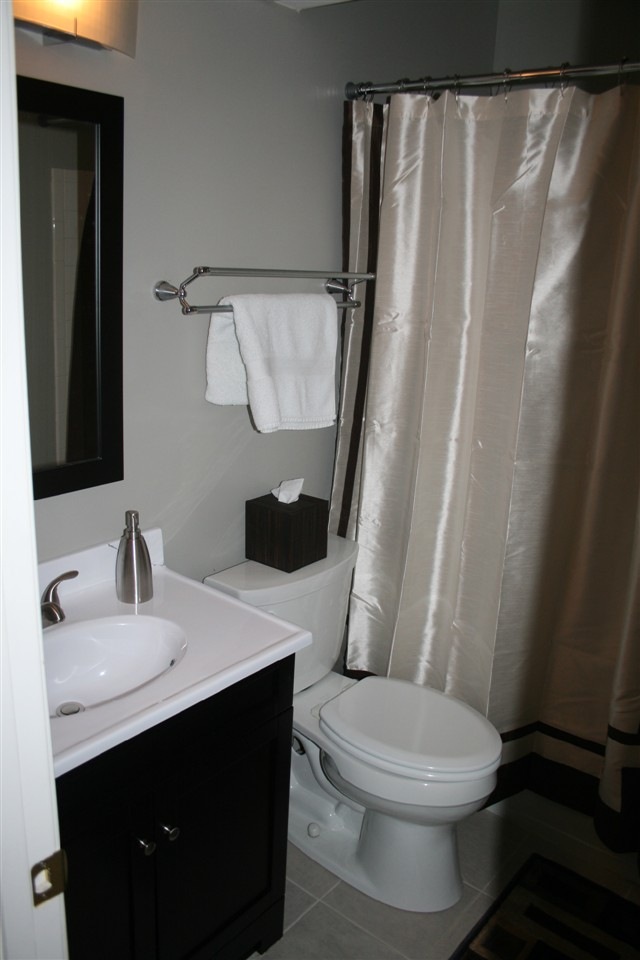 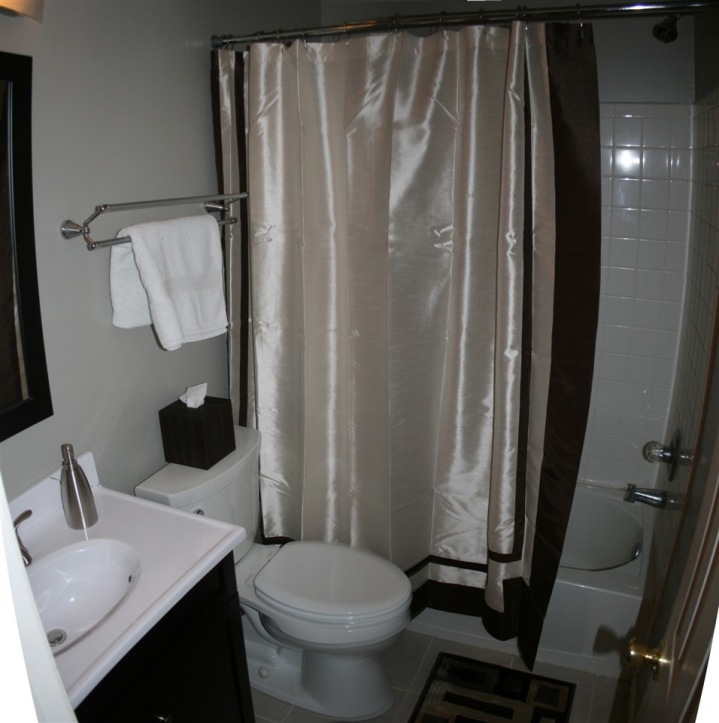 In general I’d consider my impromptu unplanned remodel a success. See what happens folks when you have your first day off from training in four months? Bathrooms get remodeled.

With that, it’s back to a lowered volume yet semi-routine training schedule for the next few weeks. After all, I gots myself a race in 12 days! I’m really excited about it! Then it’s marathon ramp time!