Ok, final post in what will have been a week’s worth of IMC2008 related stuffola.  And then you’re IMC free until next year.

For fun I wanted to do a quick recap to cover all of the the things you do the day after the race.

Priority numero uno was getting some Denny’s action.  My brother and I took care of that first thing in the morning.  Unfortunately, I still wasn’t eating much – so I didn’t do my food justice.  The first 48 hours or so it was tough to eat.  After the race I only ate just a single burger – and even doing that was really tough. 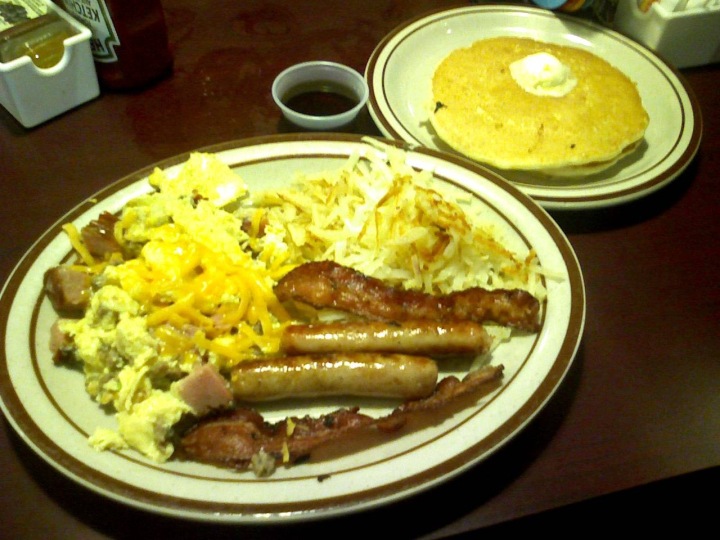 With that out of the way though…

First official activity is getting to the expo area.  On most days, a short little walk from your car isn’t a big deal.  However on this day…it was a long walk.  But luckily only a few football fields worth, as I found a sweet spot – I was really psyched about that!

After arriving at the expo area you have to pick a line.  There are many lines to pick from.  I immediately did the brotherly thing and stationed my brother at the end of the longest line we saw. 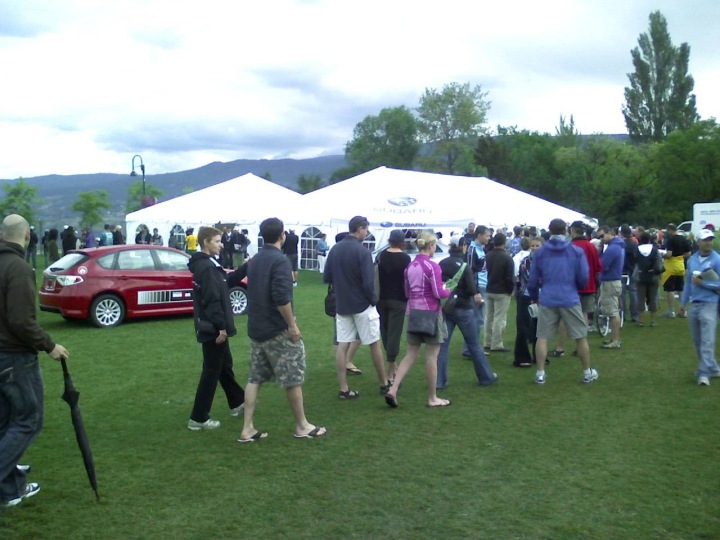 Of course – we didn’t know what this line was for – so I went ahead and scouted the rest of the area out while he chilled in line. 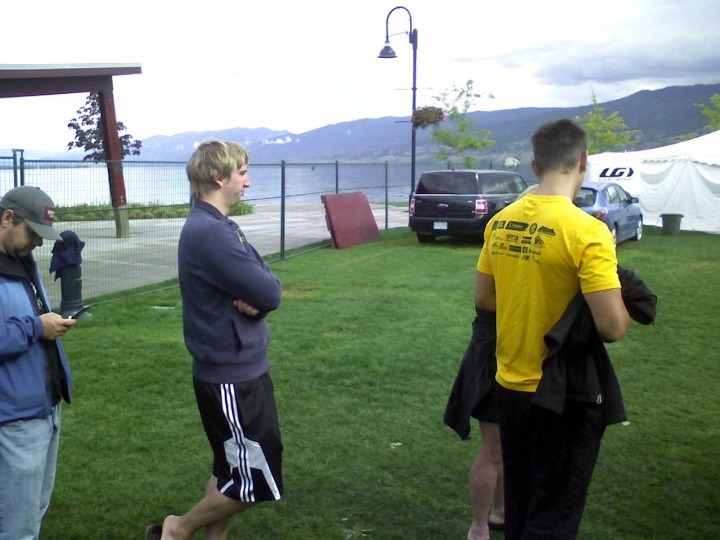 (My brother stationed in a random line)

While he was standing in line, I went to the finishers store and picked up a hooded sweatshirt and long sleeve running tech shirt for winter.  Hopefully folks will be able to convert kilometers to milers, because the running tech only has the kilometer versions on it.  Those Canadians write the darndest things!

The amount of random finishers stuff they have there is really amazing.  Moderately overkill of course – especially when you consider it’s going for outrageous amounts.  But for every whacky item there is a buyer.  To each their own. 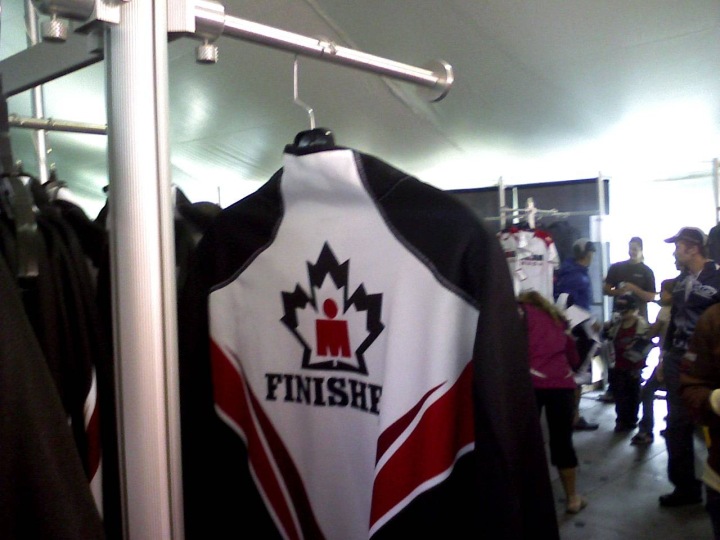 I actually thought I had stationed my brother in that line…but turns out…not so much.  The line for photos was just one person long for my race number range.

They have 5×7’s of all your photos ready to go in a little envelope.  You basically handover your already warmed credit card – and $70 later you’ve got all your photos.  Of course I’m going to pay $70 for my photos.  But then they sucka ya – they say for just $25 more you can get this nifty little plaque too…damn you marketing people!

Oh, and then they had this long 3 foot wide panorama photo of the swim start from the day before.  That was extra too.  Damn you again!

Some assortment of electronic bits transited to a Visa processing center later, my credit card was on the equivalent of a tempo run. 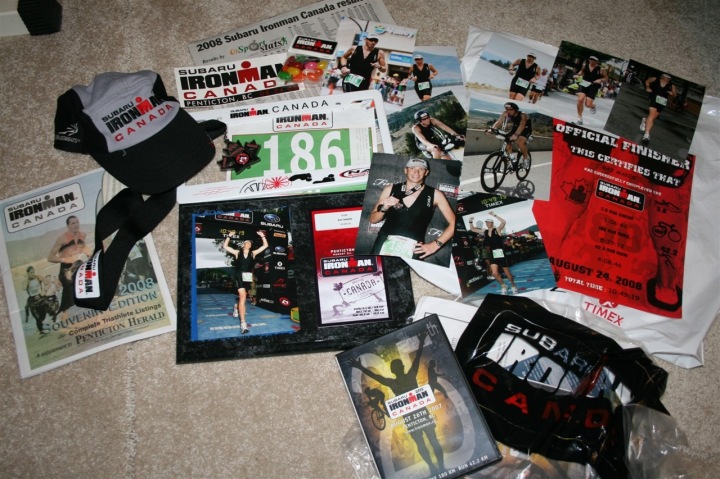 (Just some of the haul I took in over the days up there.  At least the DVD’s of the previous year were free, as was the hat, sticker and the finishers t-shirt)

With the photos out of the way, I thought we were done.  So I went to grab my brother out of whatever line he was in.  Turns out – he was in the line to register for next year.  Now THAT would have been funny.  He had made a lot of forward progress in that line though.  I wonder if I had left him in the line what he would have done?

As we were doing one quick wrap around the expo area I noticed people had newspapers with all of the previous day’s results. 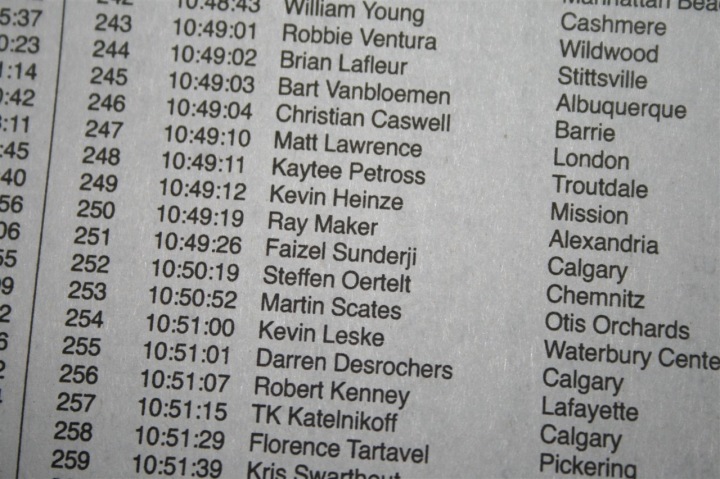 So I asked where to get one of those and they directed me into a small tent.  I felt like I was being let into a secret society.  I was just hoping I wouldn’t have to sacrifice anything to get in.  Cause if so…I volunteer my brother first.

I peeked into the tent and found a whole lineup of people.  Seemed awfully excessive for just picking up a copy of the paper.  Turns out – it’s more than a newspaper.  It’s also the pickup for my finishers certificate.  Who knew!?! 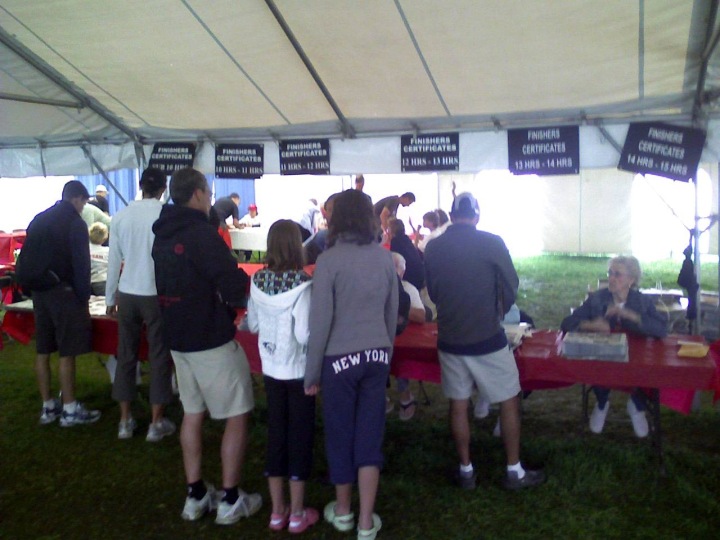 You picked the appropriate line based on your finishing time, and then they would narrow it down to your name based on time.  After which, I grabbed the newspaper…or perhaps a few newspapers.  Maybe a lot of newspapers…details are fuzzy. 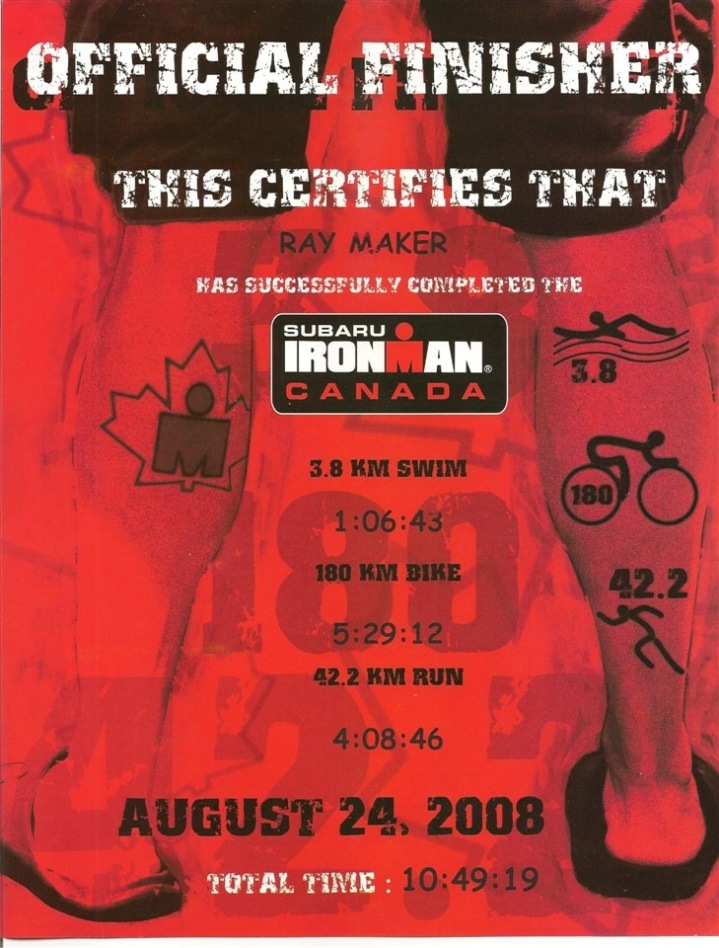 After that, it was time to head on out.  We quickly repacked the disaster zone of a car and made good time back to Seattle.  Along the way though in Canada I stopped at a gas station to get something to drink.  They had my favorite: chocolate milk.  But guess what- it was in a mini-jug.  Just like a gallon, but personal size.  Totally awesome!  Well, except it didn’t fit in the cup holder. But I overlooked that due to its awesomeness. 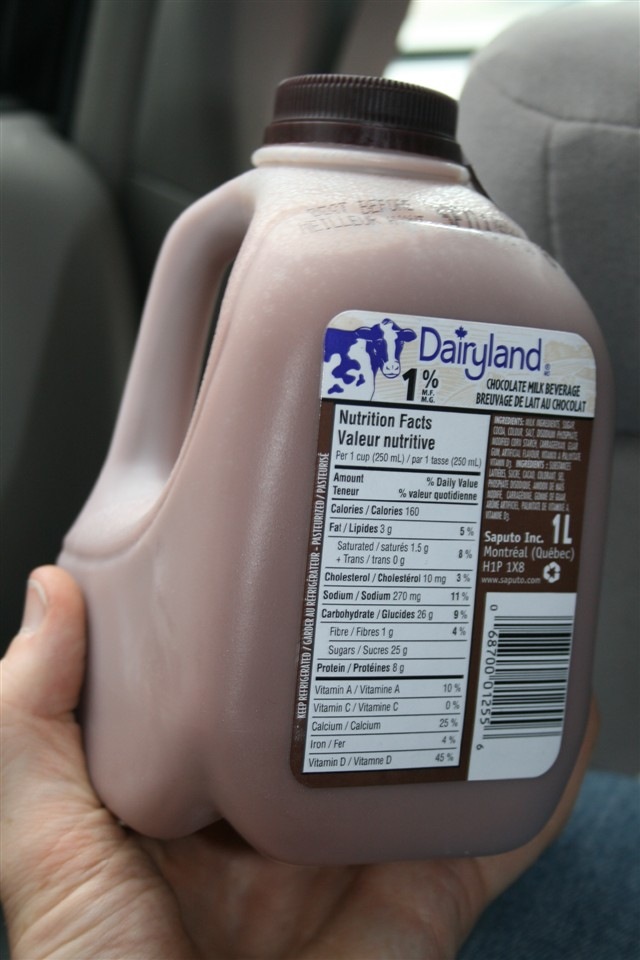 Once I arrived home in Seattle (Monday evening) I went for a short 30 minute bike ride to loosen things up.  It felt great to go a blistering…14MPH.  Actually, it really does wonders – especially after being stuck in the car for 5-6 hours.

And just for kicks, here’s a quick overview of the rest of the post-Ironman week looked like:

And with that – I’m looking forward to the weekend.  Best of all, on Monday my coach has scheduled my first day off from training in four months.  Yup – I’ve trained every single day since then.  Of course, some days are easy swims or bikes – but every single day I’ve done something.  I trust him 110% and thus far everything is going according to plan.  Of course the bonus round is that Monday is also a holiday.

Most of all though – I’m really looking forward to all the plans I have hanging with friends this weekend…and just relaxing.  Have a great weekend!