I think there are two points in the day that truly define an Ironman event. The first is at 7:00AM – when the masses churn through the water in a display that rivals the opening ceremonies. It’s one of the most amazing sights you’ll see or be part of – and incredibly emotional. Everyone starts the day at the same place and with the same hopes of finishing.

The second and I think most defining point in the day though is at midnight. Exactly 17 hours after the race began…it ends. But it does not go silently into the night – that’s for sure.

While I finished earlier in the evening, I decided a year ago when I signed up that I would go back to the finish area after my race to watch people finish at midnight. I had plenty of time to get back to the hotel and shower/eat, and thus there wasn’t any real reason why I couldn’t help cheer others on. These folks needed it – and deserved it the most. They were out there moving for upwards and over 17 hours. It just seemed to me like something I should do. Plus – it’s incredible to see the emotion on not only their faces – but of their supporters and the crowd.

They needed to hear the cheer when they were a mile away from the finish with 10 minutes left. They deserved to hear the same cheer that the first place finishers got when they made it in just under the wire – but oh so much louder. And… I think we delivered. 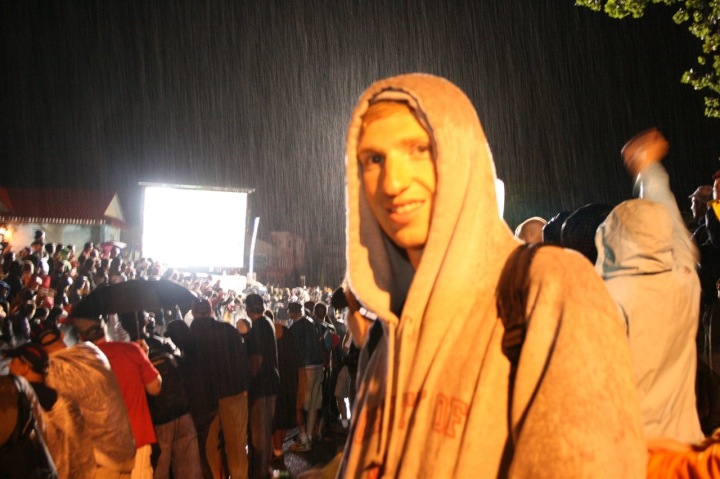 Despite the driving cold rain – a sizable crowd filled the bleachers and lined the finishers chute and street leading into the finish area. 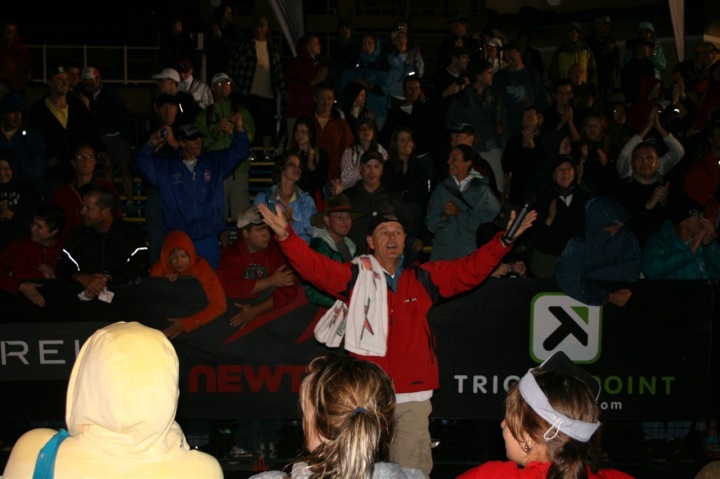 Mike Riley was out in the chute with an unbelievable amount of energy – cheering on and in every.single.person. He high-fived them as they would come down the chute all smiles. Every single person that finished was smiling – thrilled – ecstatic. And it was so cool to see. While I was a bit pre-occupied when the first place folks finished – I would take the opportunity to see those final midnight finishers come in any day – versus watching the first place finishers come in.

Check out the little video I shot – you can feel the energy, quite literally as they pounded the sideboards in an effort – as mike Riley put it – ‘to take them down’!

Really – where else can you see that kind of enthusiasm while it’s pouring out? 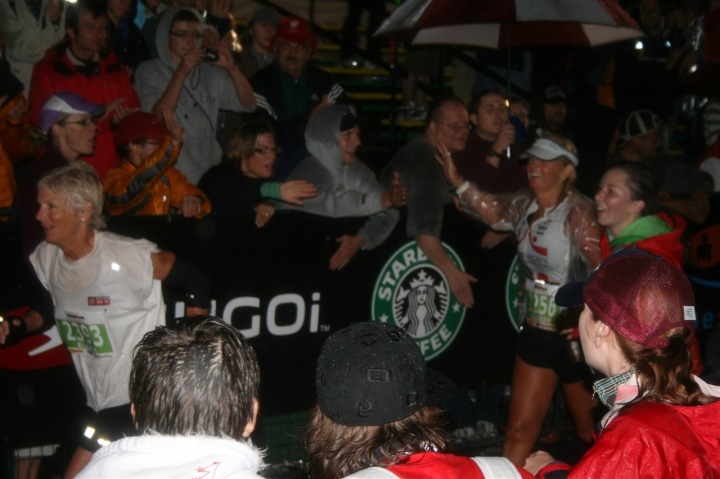 The above finishers came in at 11:59PM. You’ll never see three happier soaking wet and tired people anywhere. And look at the crowds above – EVERY single person in that photo is smiling, cheering or yelling. Everybody. 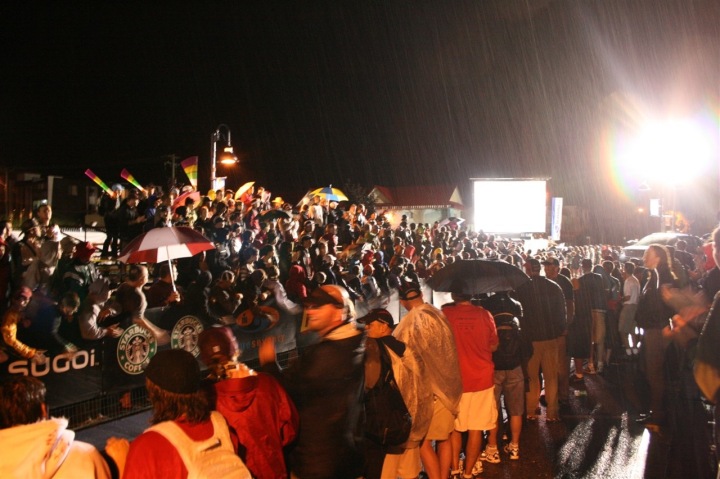 Unfortunately…all good things must come to an end. And with folks just out of sight, the clock strikes 17:00:00, and the race is officially over. But… while I’m sure it hurt – I also suspect that didn’t mean as much to the folks that finished just a few minutes later, because they had still finished and nobody can take that away from them. And to ensure they knew the crowd thought of them as Ironman’s just as much as the folks 3 minutes prior, they got the biggest cheer and welcome of the day. 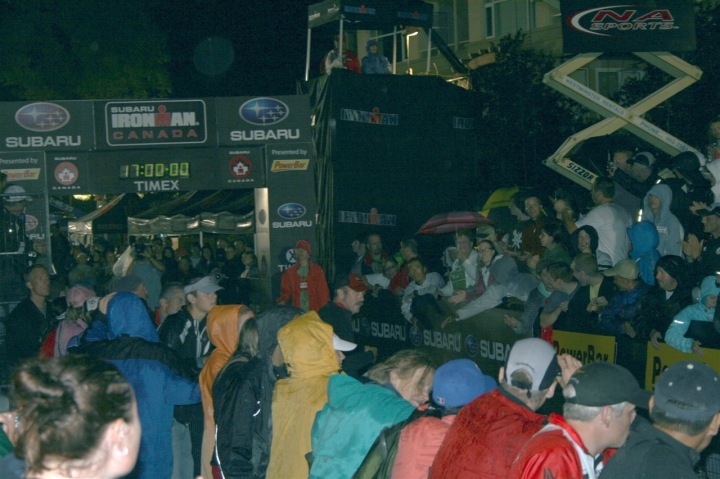 But nobody left at 17:00:00 – everybody waited. At 17:02:43 – Sister Madonna crossed the line. The 77 year old nun who has completed over 35 Ironman’s, including numerous Kona appearances. The crowd was incredible. Here’s a photo of her finish time, she’s below it – albeit kinda hard to see. 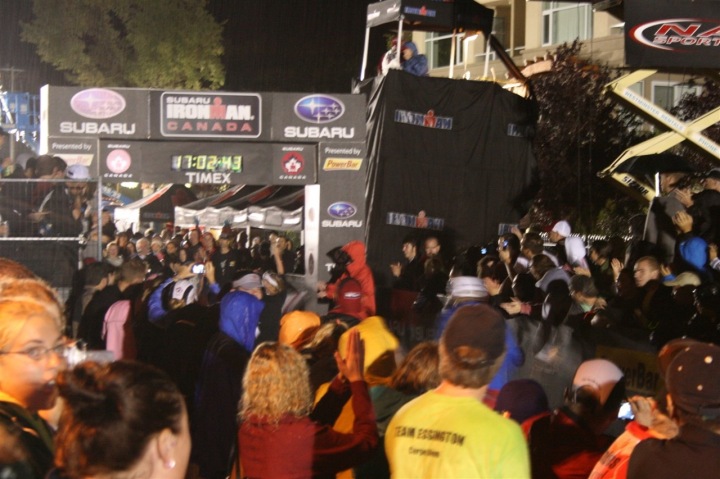 As the last few folks trickled in just after midnight I think Mike Riley put it best shortly after midnight when he said ‘They may not be official finishers today, but they know in their hearts – They are Ironmen’.