The Squirrels are out to get me

This weekend was chalk full of stuff. Let’s begin where all weekends begin…

A few weeks prior a local race director/triathlete (really good one) had e-mailed me asking if I wanted either into either the National Marathon or a local sprint tri. Unfortunately I was at Oceanside the same weekend as National, and the sprint tri didn’t fit my training schedule too well. But instead – I opted to volunteer at his Sprint Tri (which he running). So Saturday morning I got up at my semi-early normal running time and instead sped into the city to help out. The course started off with a 480 meter swim in a 40m pool, and then went for a 14 mile bike ride before finishing up with a 5K run. All of this was accomplished on the grounds of the university. In total the race was about 60 people. Oh, and the race was the “Catholic University of America Triathlon“, but it was open to anybody and was basically a fundraiser for their swim team. 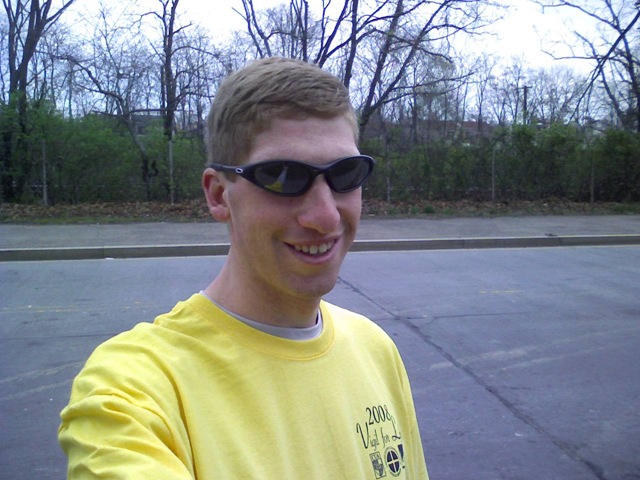 (Me with my awesome bright-yellow volunteer shirt…although it actually had some other event name on it….it did have STAFF on the back in 96 point font)

My first duty was helping to break apart a gazillion granola bars for the athletes. After that, myself and a few others did some work moving around peoples stuff in transition area to make aisles. We then went about creating a Bike Out/In, Run Out/In lanes. Some of the folks from DC Tri were there, so I made some friends there too. I ended up taking splits for the athletes coming out of the pool. Which got a bit tricky after a while because you had about 1 second to figure out their number and then get a time. But we got it for most people…give or take a second (there were no chips). 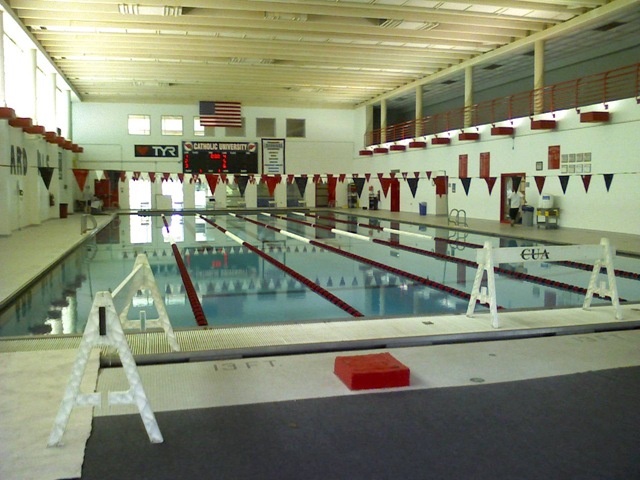 (The pool. People started on the right and then snaked up and down each lane, eventually ending up in the lower left where I got their splits)

Once all that was done, I helped direct both traffic (cars/busses/trucks) as well as racers into/out of the transition area. Overall I had a good time. It would have been a superb race for a first timer – easy pool swim, and low-pressure race. It was the first year of it, and hopefully it will grow over time. 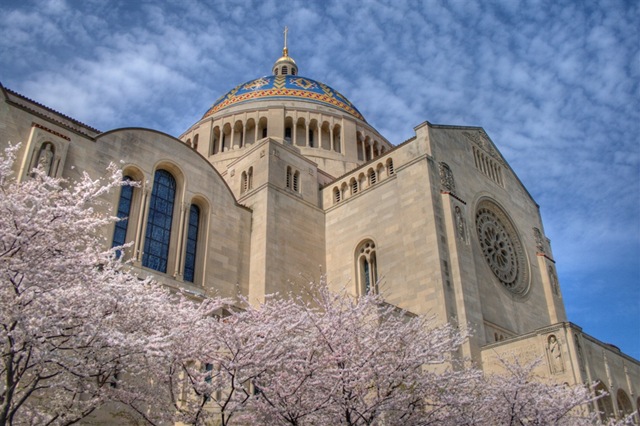 (Here’s a photo I took shortly after the race, on campus – complete with Cherry Blossoms)

At that point it was about 1PM and I had to make a beeline across town to Gravelly park to meet up my running mates for our usual Saturday run. Because of the Cherry Blossom’s we decided to take the scenic route through and around downtown. Well worth it! The weather was FANTASTIC on Saturday. I even got a wee bit of sun. It was a ton of fun as the three of us weaved in and out of tourists all over the place. Like Peter’s Cherry Blossom Run, we had to implement a bit of a point system. And the scenery & “scenery” was great! Here’s a photo I took right before my run. 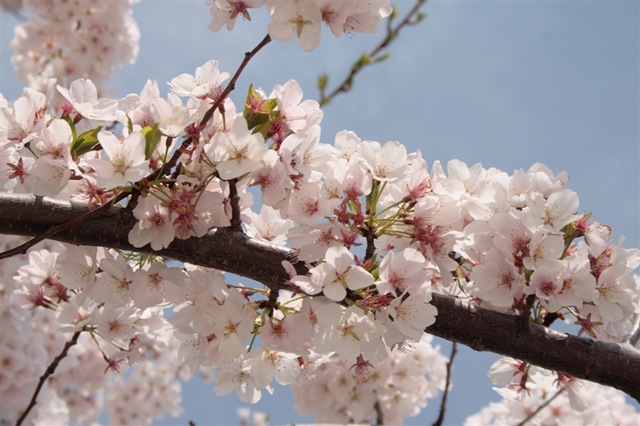 Following that, it was a slow hour on the bike and then a few thousand yard swim (who knew the pool closed earlier than I thought, doh?!?). Then off to enjoy the night!

The best laid plans are always foiled. I had planned to go out early (like 7AM early) and watch the Cherry Blossom Run and then take photos of the cherry blossoms – the race is a very popular 10 miler in DC. It sells out every year within weeks of opening for registration, and it also attracts the worlds top talent. However, at around 7AM I peered out the window and it was pouring. At 7:30, the same. My plan was all messy. So I went back to bed for a few hours. I probably needed it anyway.

At around 1PM I set off westwards in the cold rain from Reston (I drove out further on purpose) on the W&OD for a roughly 60 mile run. In the process I found the end of the W&OD trail. Go figure! I just thought it went on forever. 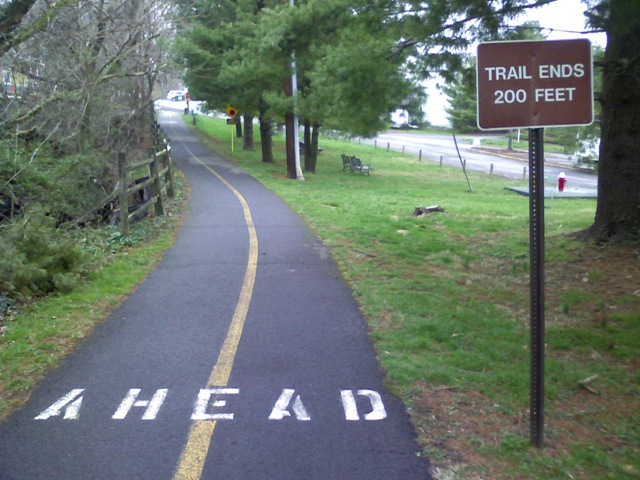 Over the course of my three hour ride, I nearly hit half a dozen squirrels, a porcupine looking thing, a cat and one young deer. Seriously – the animals were teaming against me…especially the squirrels. This one big fat one nearly put me in cardiac arrest, especially with my reduced braking capabilities on the wet pavement. But I did take a photo of the deer with my cell camera. 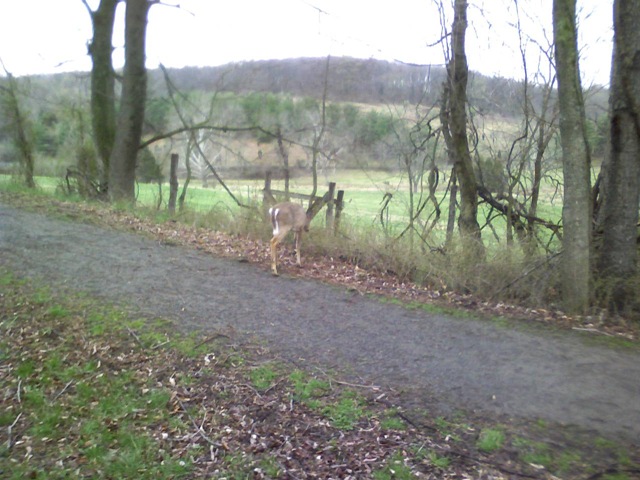 After all cycling I made a bee line back downtown. I was determined to get some darn Cherry Blossom photos – crappy weather or not.

But I had a secret weapon for the crappy weather. HDR. What’s HDR? HDR is a type of photography where you take three photos in quick succession. One photo is overexposed, one is underexposed and one is neutral. Once combined together, the result can be fairly stunning. In fact, the photo above on the campus with the church I did with HDR. Here’s a quick 5 minute YouTube video if you want to learn more.

So, secret weapon armed – I headed off into the rain and storm clouds for a few mile walk around the tidal basin and surrounding areas. Normally with this weather photos would turn out crappy (I didn’t mention that to the still flocking tourists though). Here’s some of what I took. Fairly acceptable given the weather. 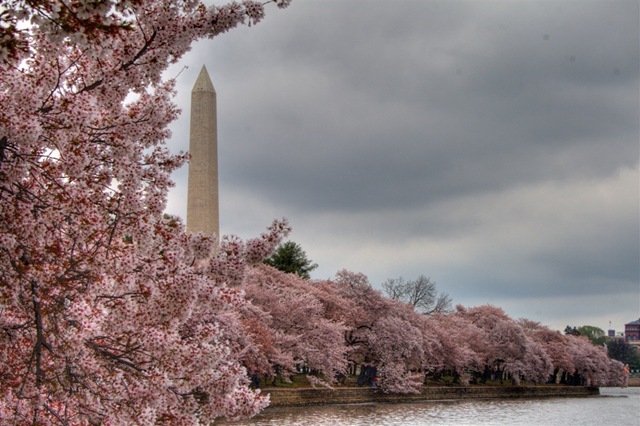 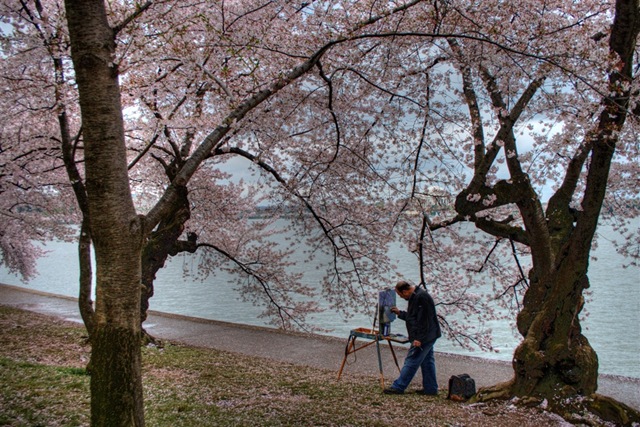 (A dude painting what I was talking a photo of) 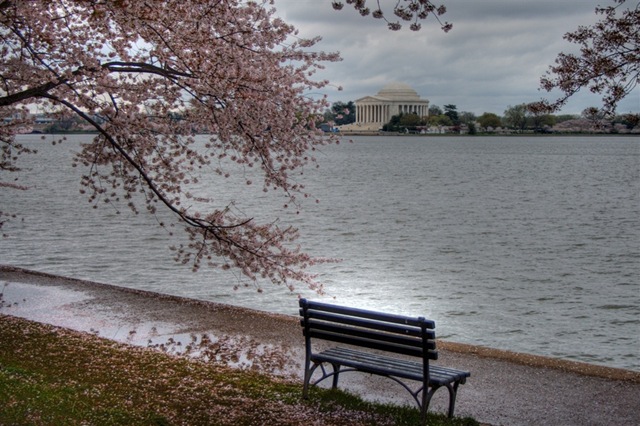 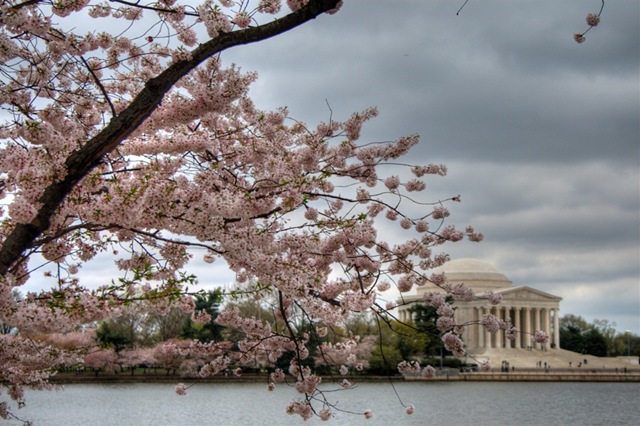 And with that, the I’m done with the Cherry Blossoms till next year. They’re just about gone anyway, at most another day or two.