This weekend turned out to be full of sports, and not just of the Cupcake Creation variety either (which, of course, is an official sport around these parts).  But I see no reason to skip over the cupcakes..

As I mentioned in my previous post, Friday night the girl was busy creating cupcakes.  While the previous set of cupcakes tasted great, they were more about visual appeal.  Whereas these ones are clearly targeted towards just simply tasting incredible.  Three types of chocolate and gooeyness inside with a white-chocolate butter cream frosting. 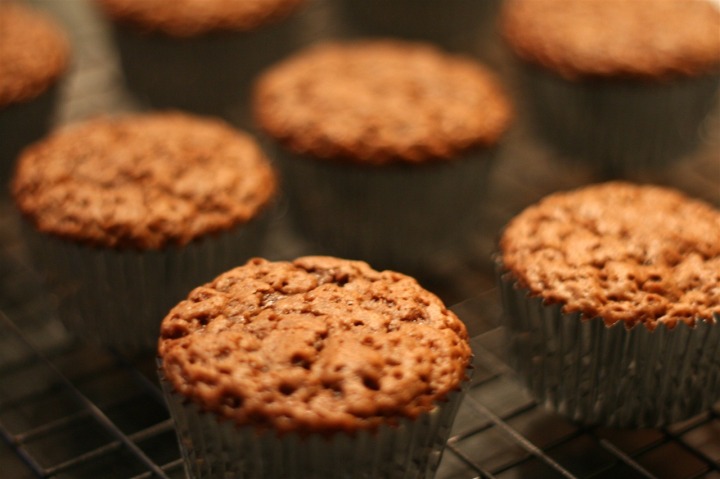 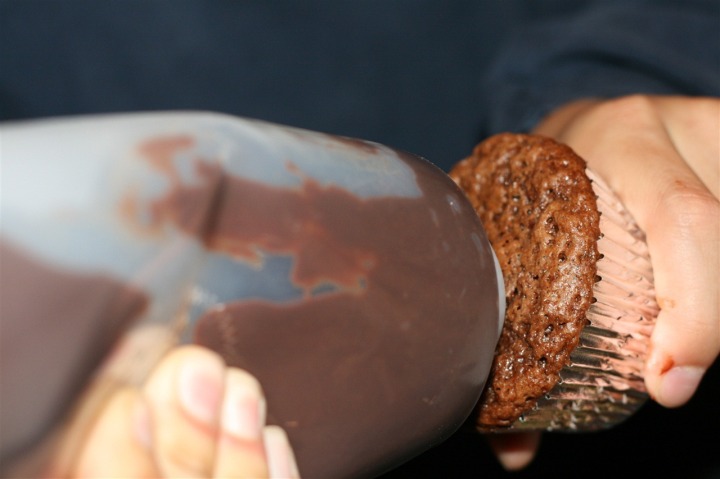 She actually was testing out three different types of chocolate injection methods (squeeze bottle, cut and cover, and just dig and fill), thus a variety of cupcake types: 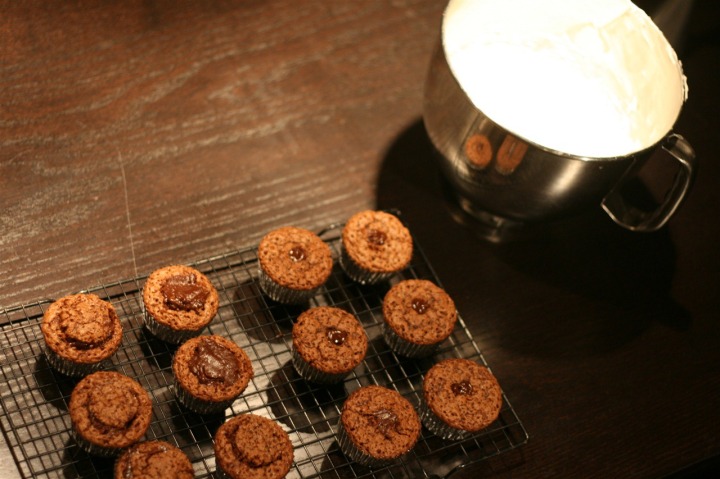 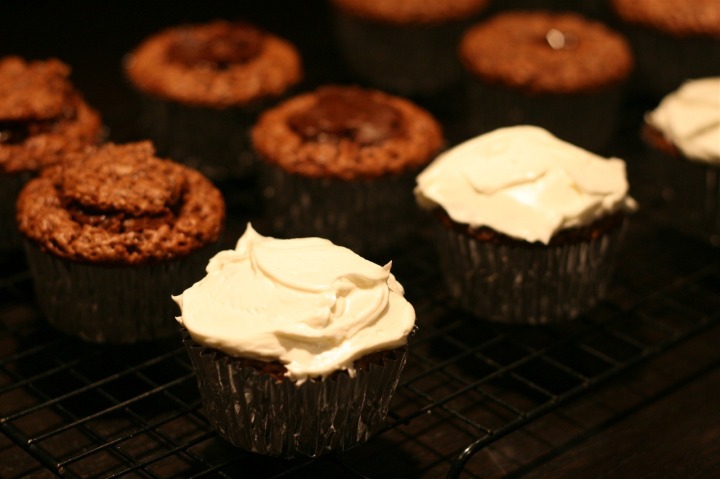 Yes, check out that gooey chocolate inside below… 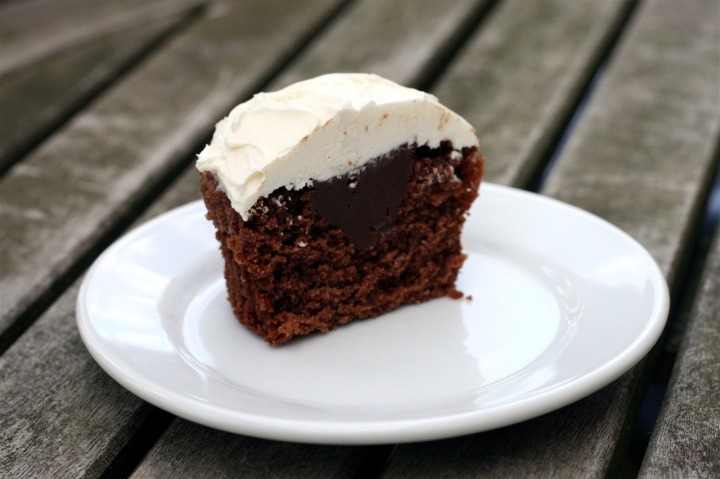 Awesome.  They didn’t last too long around here…

Saturday brought a ride for me up on Skyline.  70 miles all in, and about 8,000 or so feet of climbing.  I was a bit tired at first, but got into the groove of it pretty well.  I didn’t have a chance yet to swap back to my compact crank in preparation for Ironman Canada, so I was riding the standard.  And once again my climb times were back to normal times for that crank.  In some ways that’s good – as it allowed me to confirm my previous findings.  So I don’t worry about it too much.  I just spin…and spin…and spin. 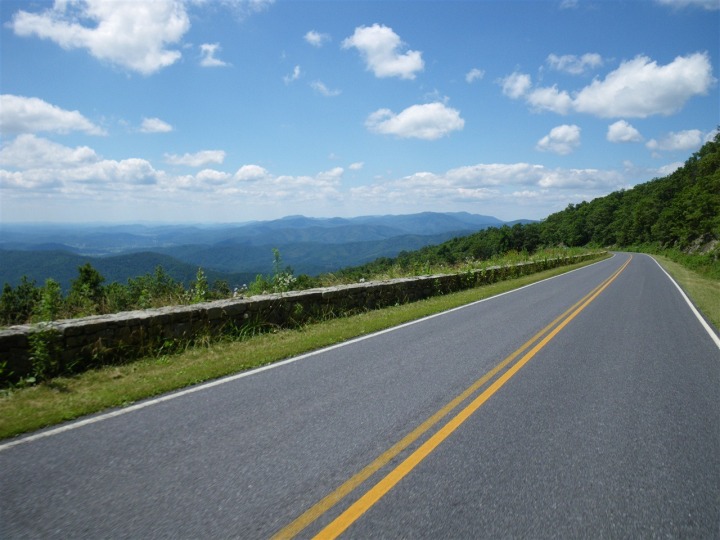 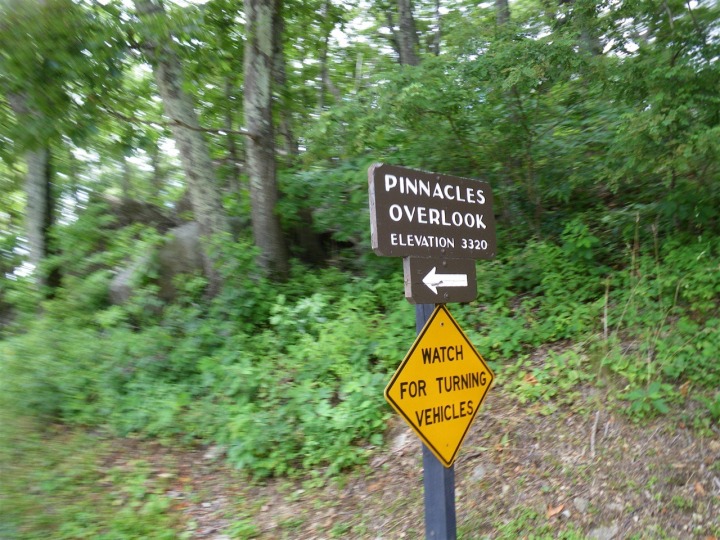 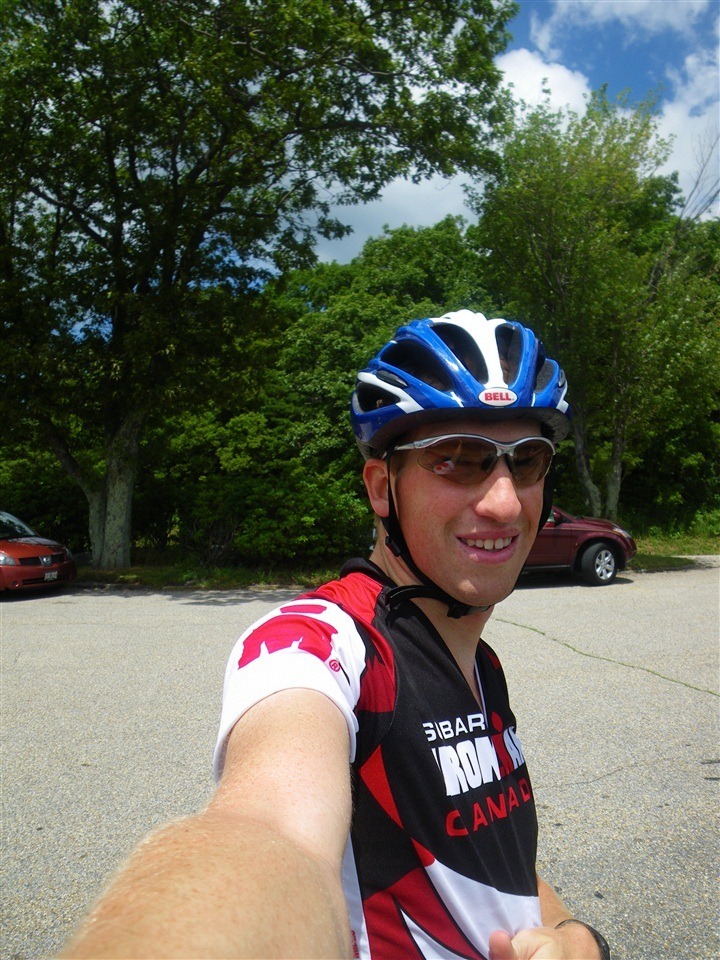 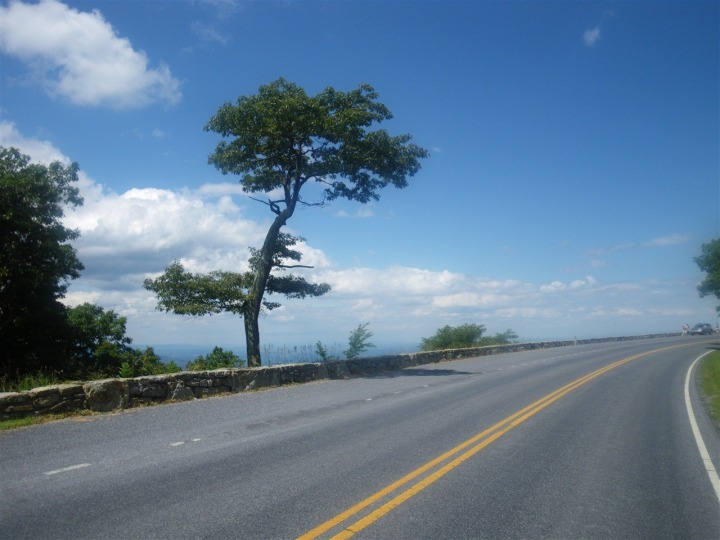 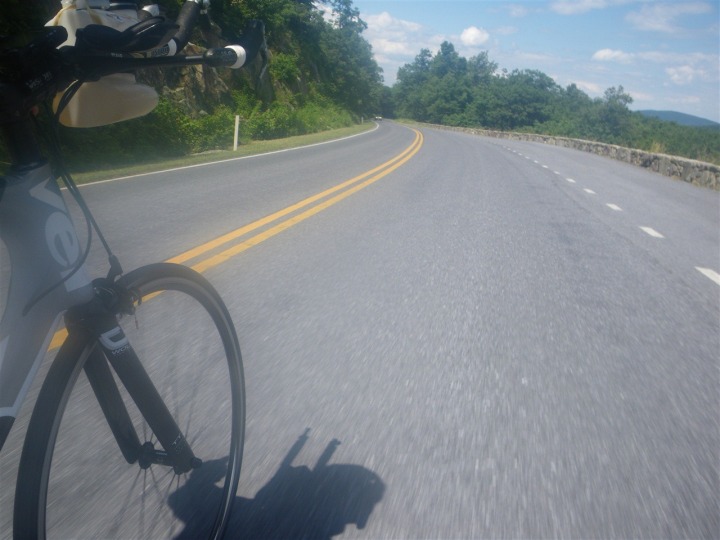 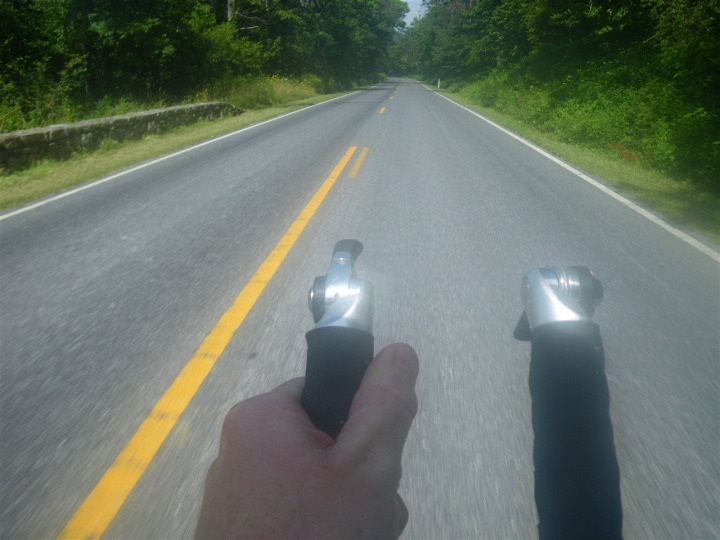 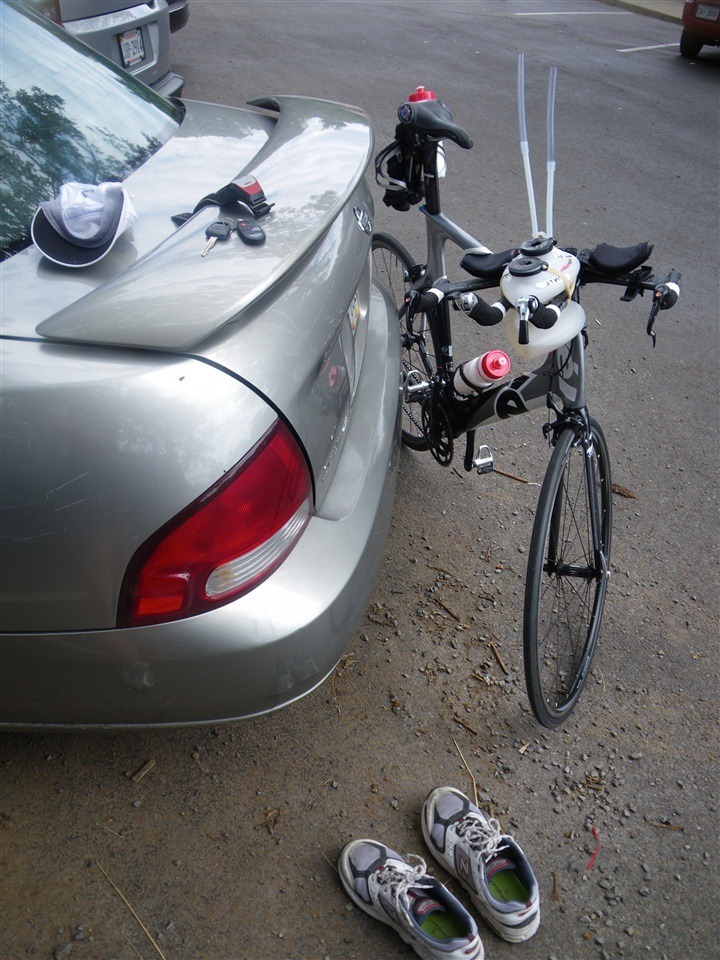 After that I knocked out a quick 5K before running off the mountain (well, driving) and rushing back to DC to catch a Nat’s game.

See, the Girl’s got hookups in the sporting world.  And this time it included going to the game with the family of one of the Cubs pitchers (and sitting with his brother, a Red Sox draft pick).  We even picked up our tickets at the Players will call window!  Though, that was after first waiting in line for 20 minutes in the regular will call before we found out we had a different window to choose from.  Doh! 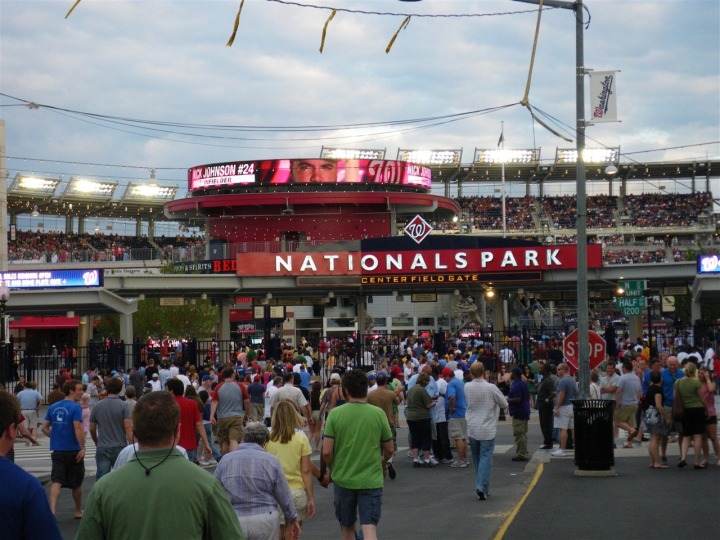 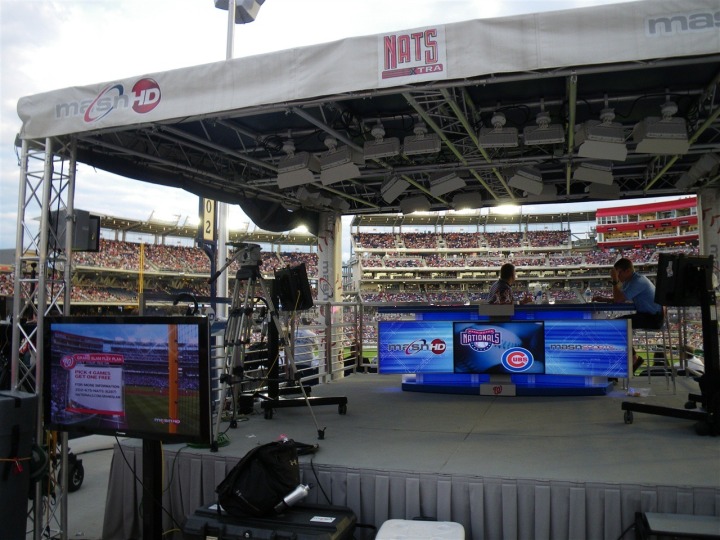 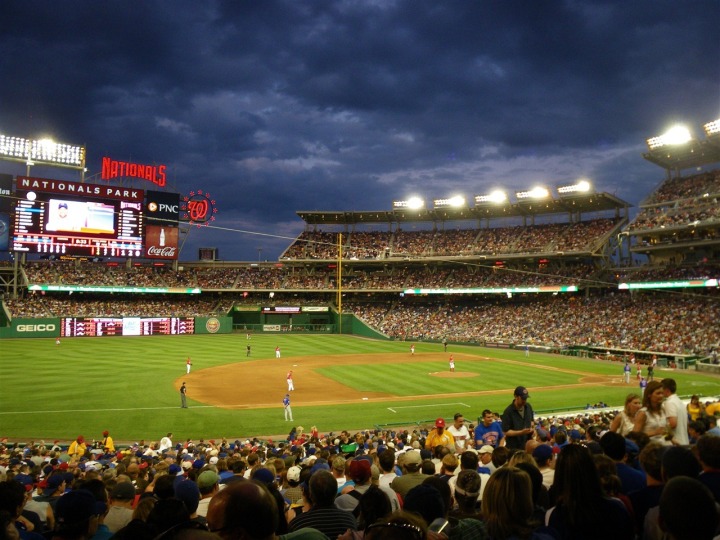 The brother, going into the game.. 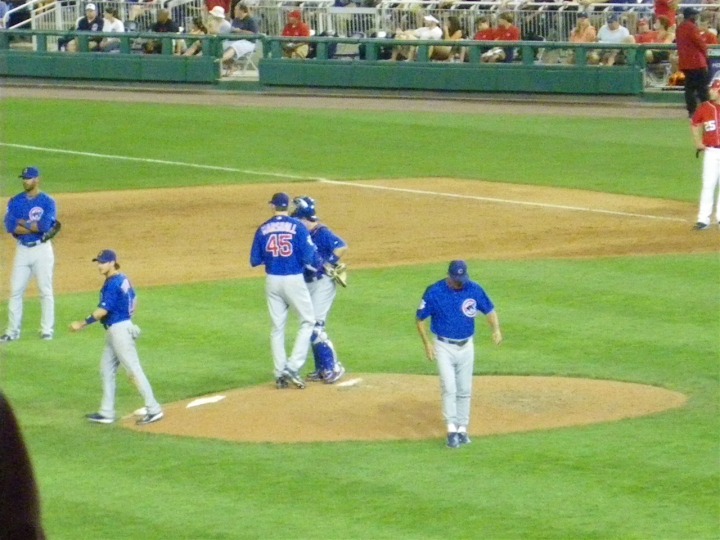 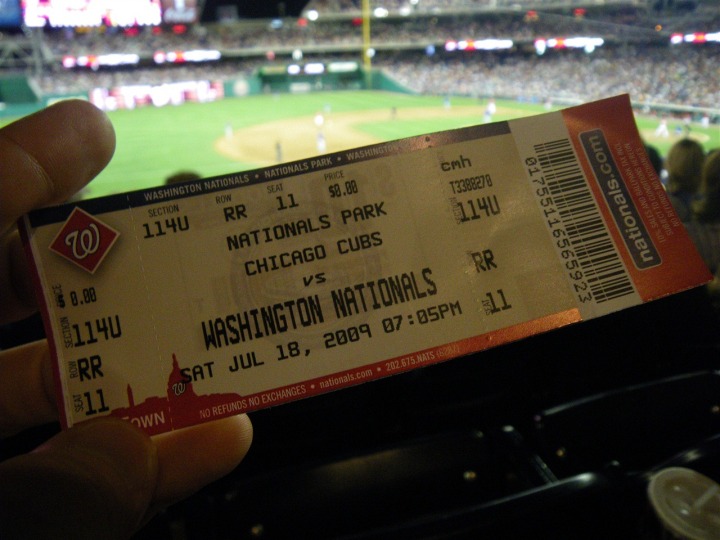 There were far more Cubs fans than Nat’s fans there last night, and we were decidedly in a very Cubs-heavy area. 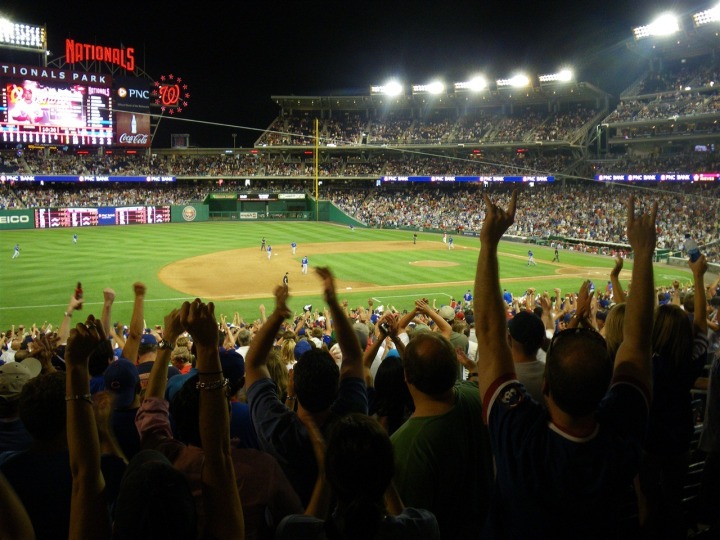 We were headed up to catch the Girl’s sisters game, and I remembered from the last time I was up watching that there was a big aquatic complex in the same complex as the stadium.  So…first stop, the pool!

Now, this pool is no ordinary pool, it’s got all sorts of aquatic goodness, like…the mushroom and the palm trees: 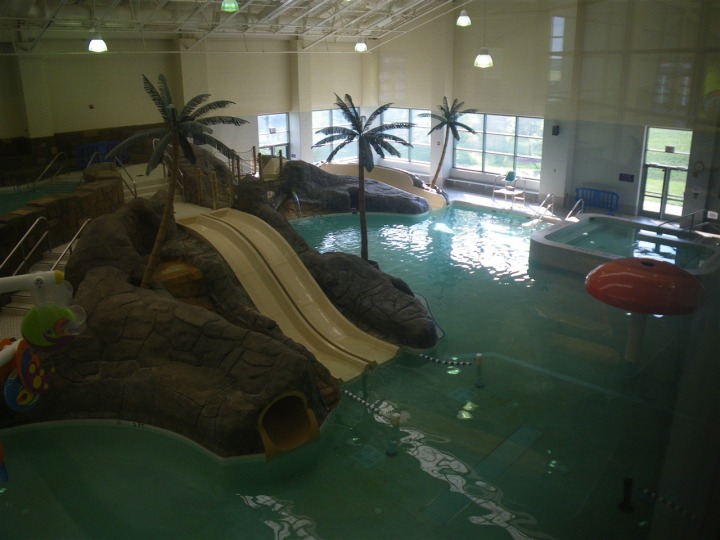 And the water slides (to the left): 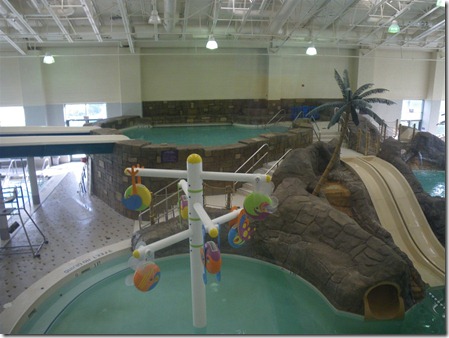 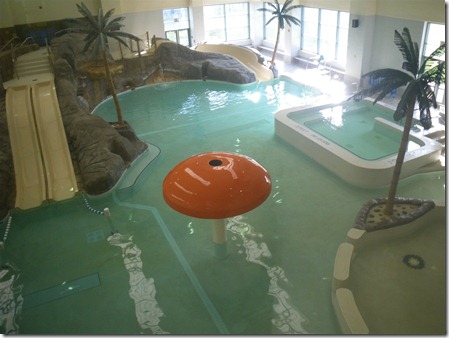 And a recreation pool: 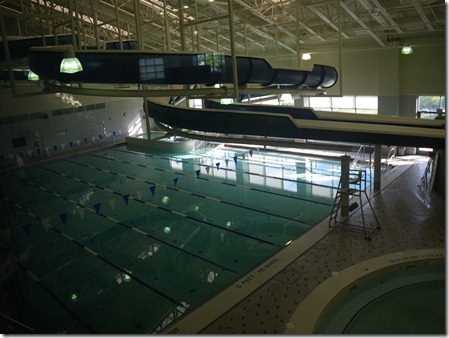 And finally, the competition swim and dive pool: 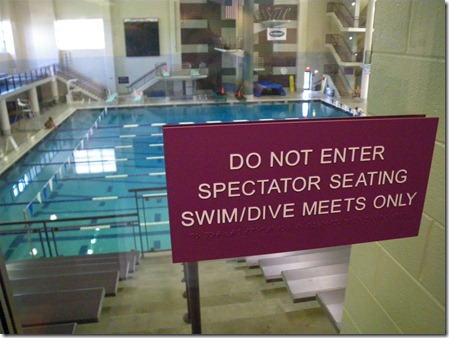 Which…is where we hung out for a while.  About 5,050 yards later to be exact.  Now, the Girl lucked out and her workout was a bit shorter, so after she was done, she had had fun playing with the underwater camera while I continued to swim away: 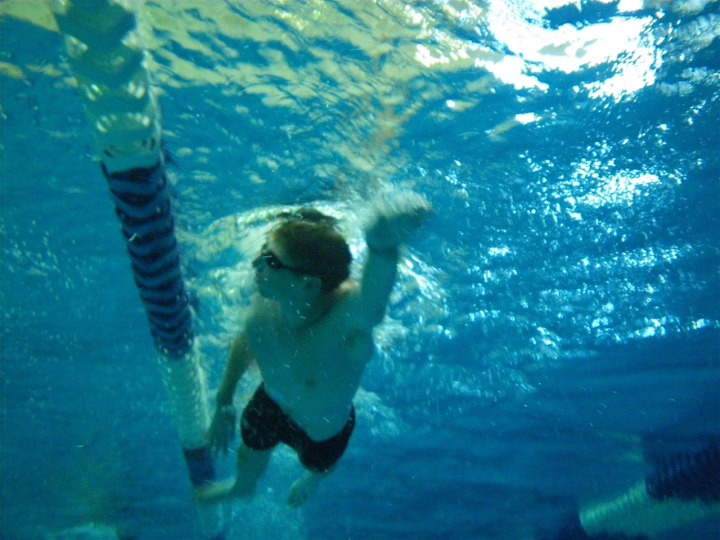 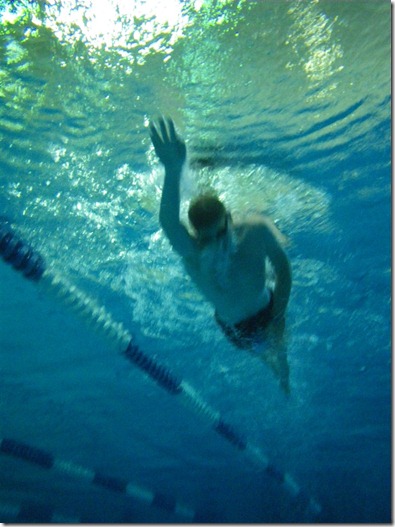 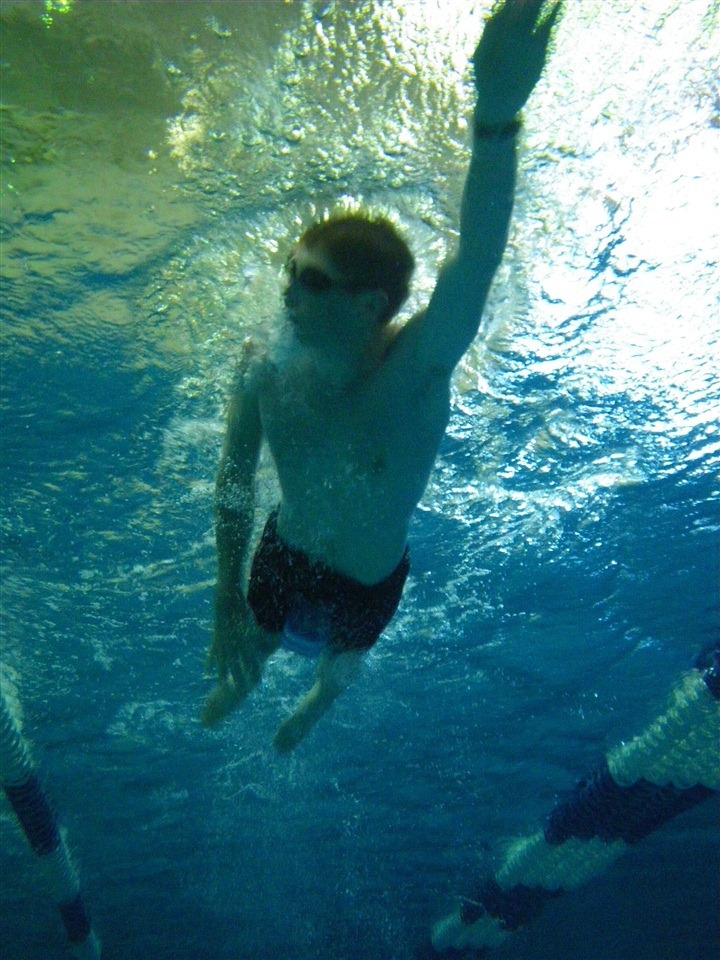 Finally, we wrapped up that little activity approximately one minute before the pool closed – perfect timing!  Then it was off for a little jaunt across the complex to the game. 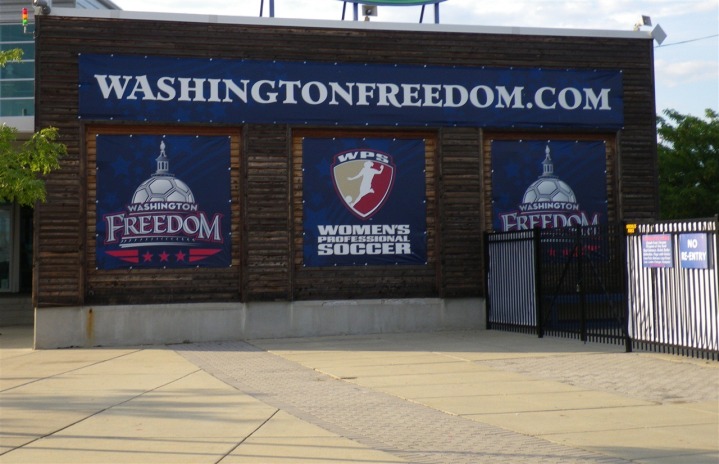 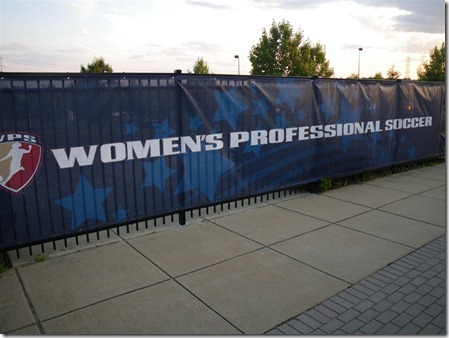 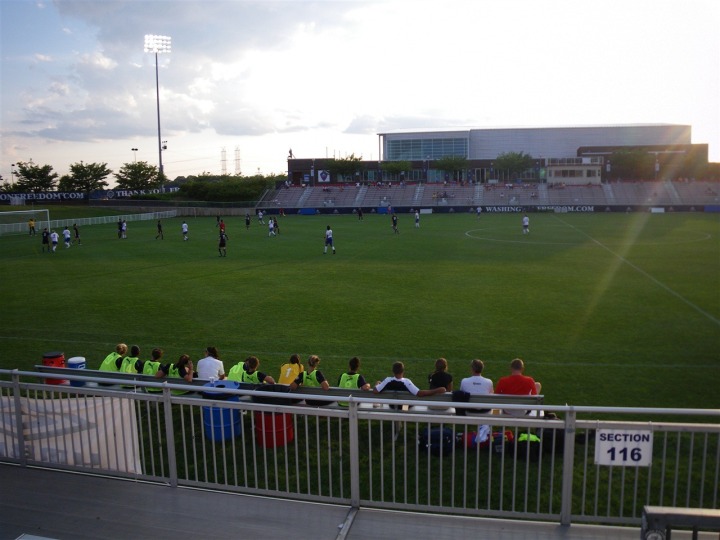 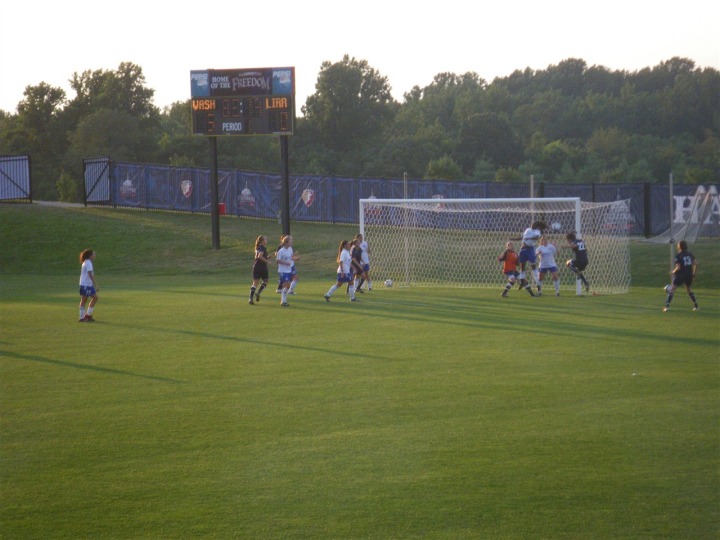 Good times!  Of course, no weekend would be complete without ice cream, so there may or may not have been a stop at Cold Stone along the way…  Though, I may have kinda forgotten to take pictures of potential event. 🙂