A week in review (aka: Cupcakes in review)

While the focal point of the past 7-10 days has been Ironman Rhode Island 70.3, it’s actually been rather busy otherwise as the Girl and I spent time with my family and relatives in both Rhode Island and Connecticut.

We left last Thursday and took the very short 45 minute flight on Southwest Airlines up to Providence.  For shorter flights to races you can’t bean Southwest’s bike policy of only $50 – far less than most of the majors at $150-200 each way! 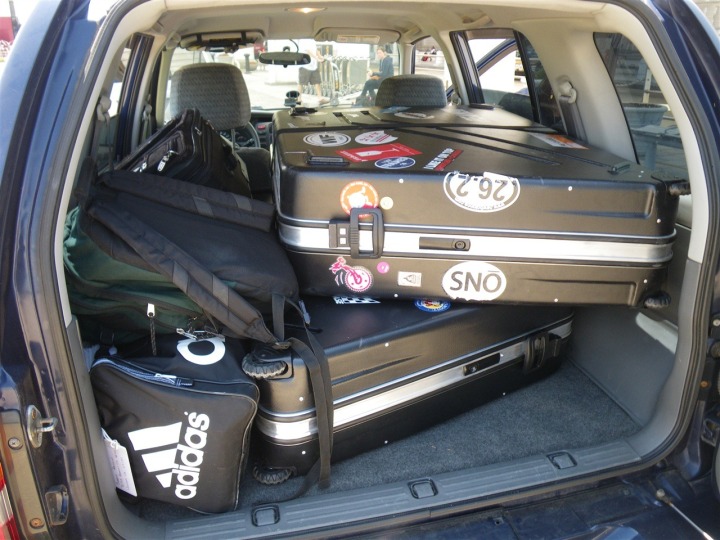 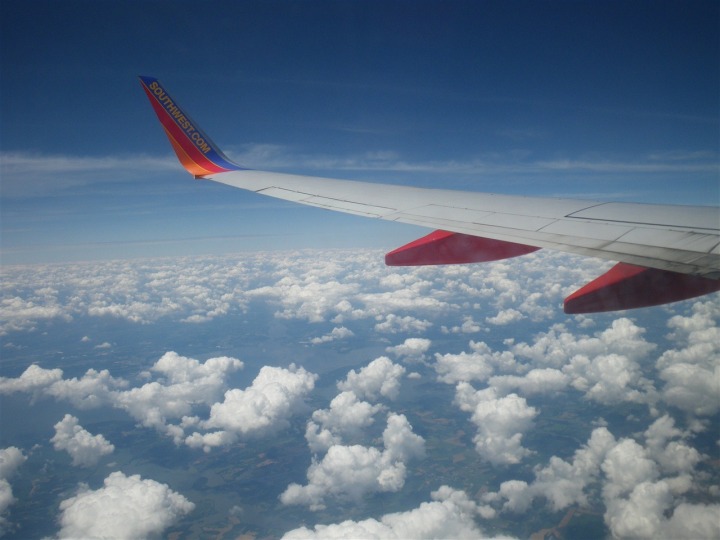 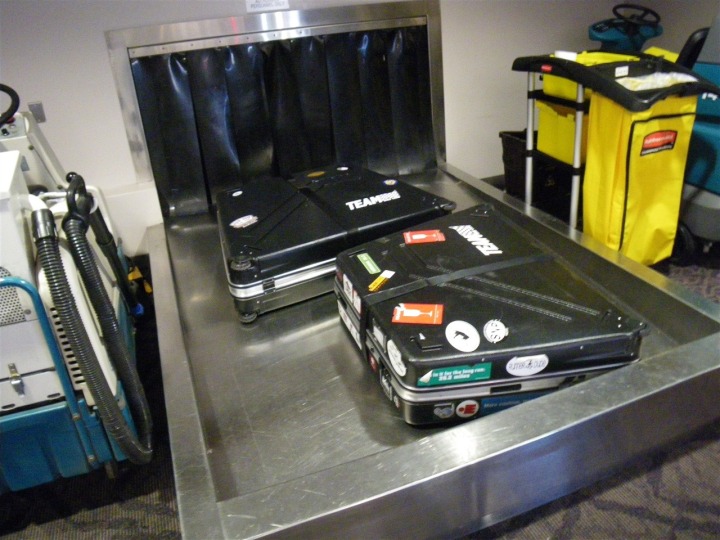 From there we arrived at my Aunt Jayne’s house for the afternoon – this is where we stayed last year (check out that food!) and for the Boston Marathon.  This time though we were there to drop off cupcakes before heading over to my cousin Joe and his fiancé Emily’s house (sporting an incredible garden).  Here’s her garden: 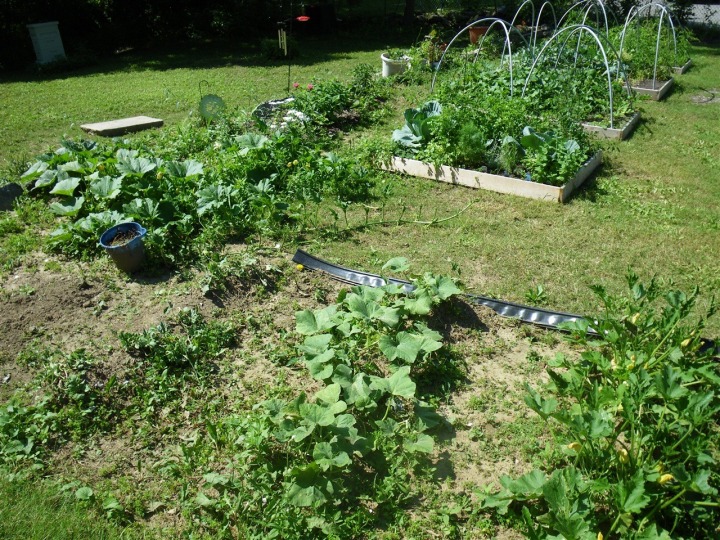 And the below – ALL BLUEBERRY BUSHES!  Everything as far as you can see is blueberry bushes.  Amazing!  She writes about her gardening and first year beekeeping (I read one of the books lying around their place, pretty interesting stuff), check her out and say hi!  And of course – thanks Em and Joe for having us! 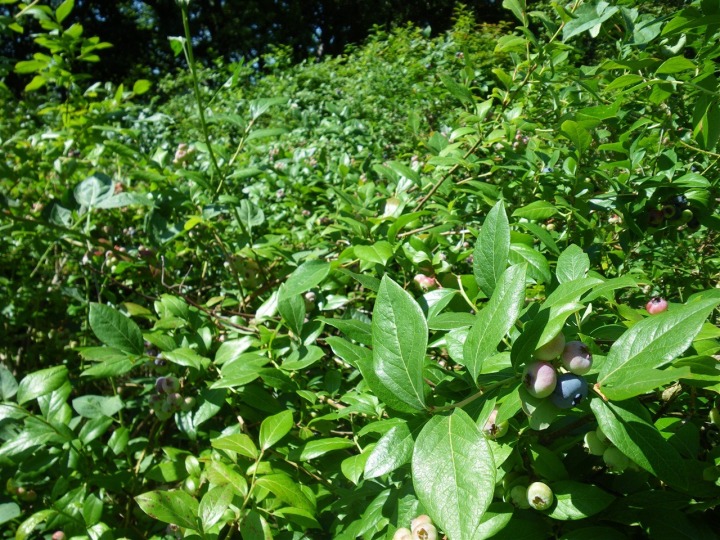 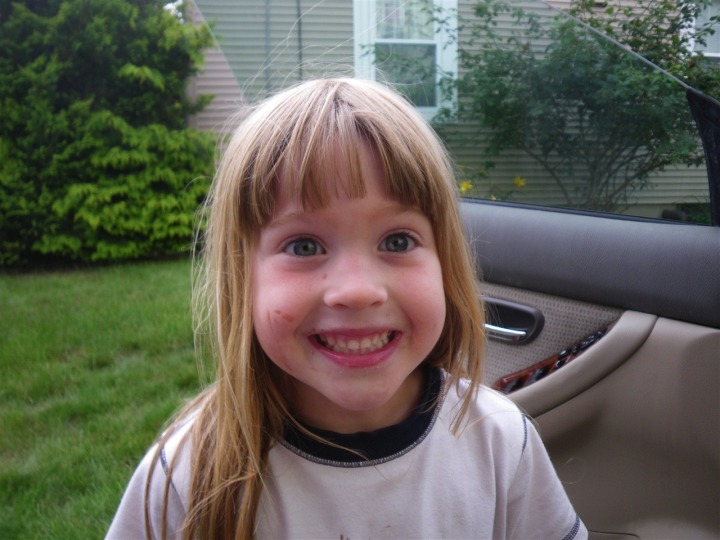 …decided to remove the carrots from their garden (which made my uncle less than happy – btw, that story is worth the read).  So the Girl came up with a funny idea for cupcakes to bring up: 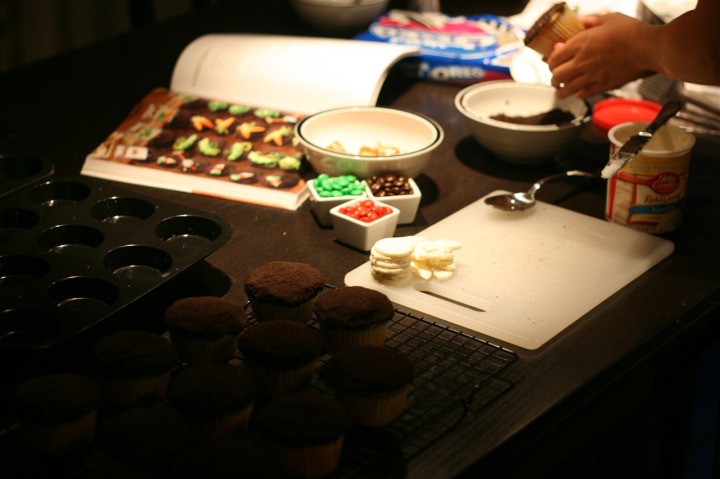 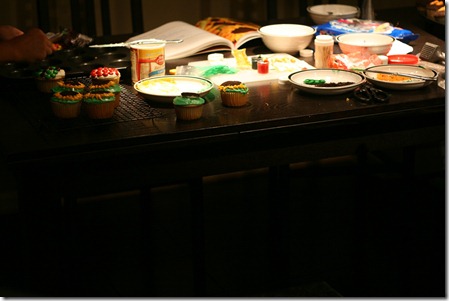 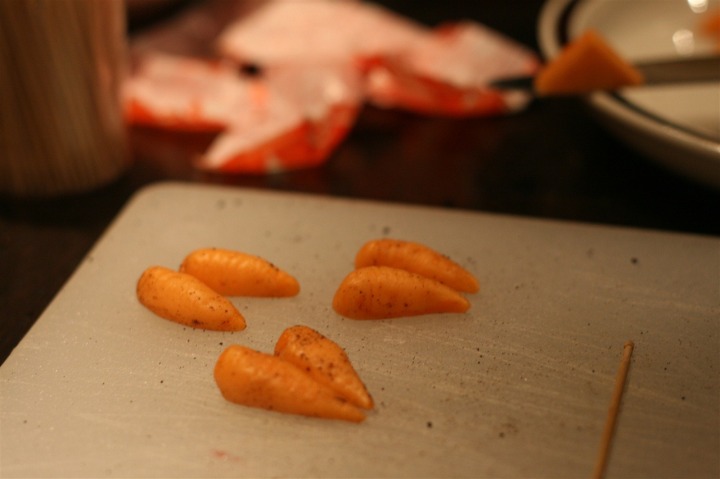 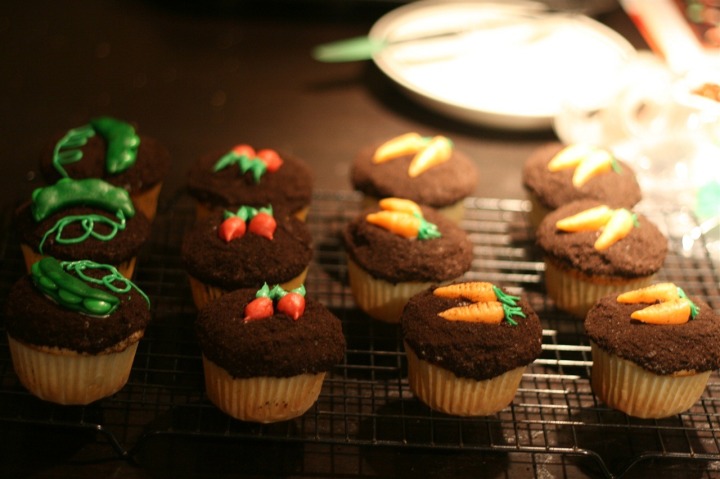 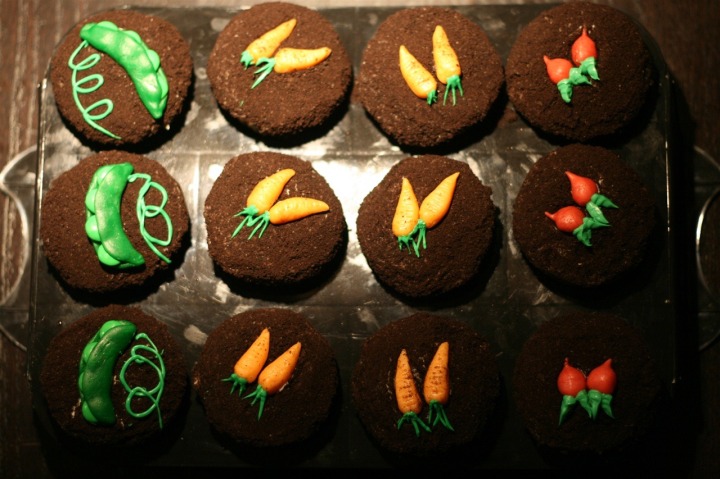 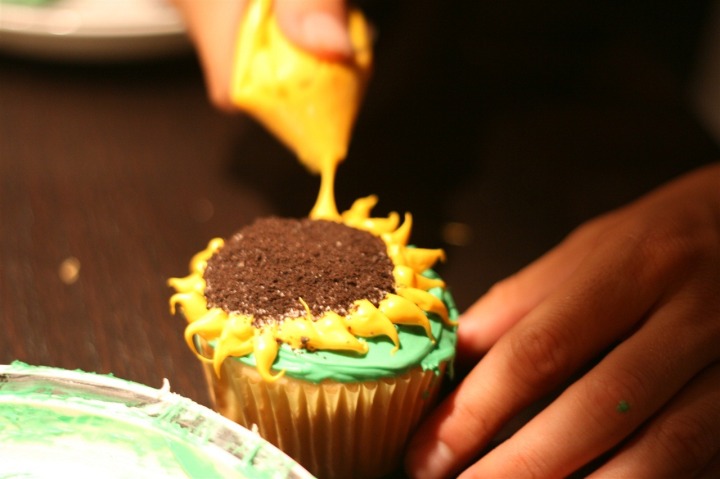 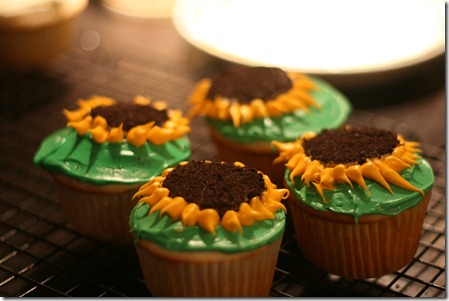 The Girl used Starburst candy for all the little veggies, and used M&M’s for the pods inside the peas.  The base is made from crushed Oreos. The sunflowers were made from Oreo’s with the center being the made portion and the top being the outside cookie.  Oh, and here’s the kicker – we actually took these on the airplane up there via a cupcake carrier.  They ran into a tiny little heat issue along the way, but she was able to fix them all up. 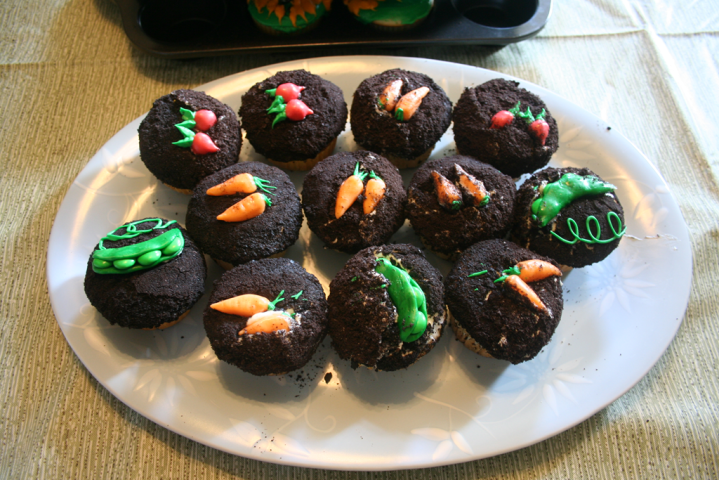 Here’s my Aunt’s pictures and comments as well.

On Friday and Saturday we got in some workouts at the nearby beach.  There’s good reason for Rhode Island’s name as the Ocean State.  It’s everywhere!

(Quick Side Note #1: As I’m writing this the girl is making some new cupcakes behind me in the kitchen…she’s bringing over various samples as she experiments with three different techniques…I have a rough life). 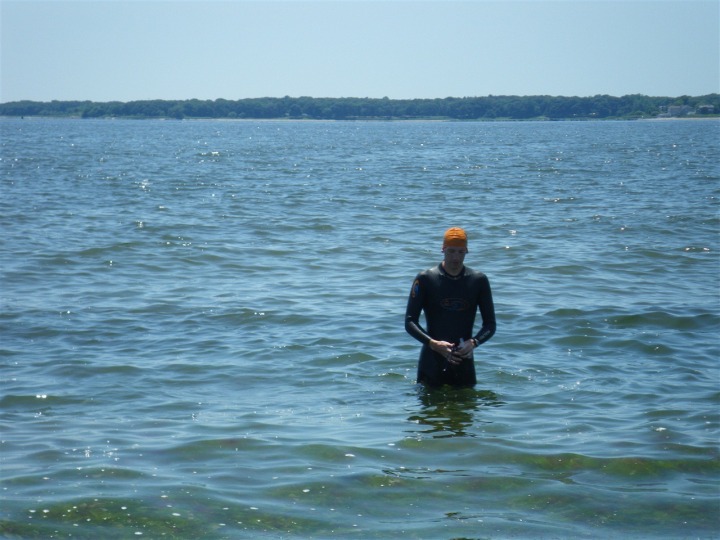 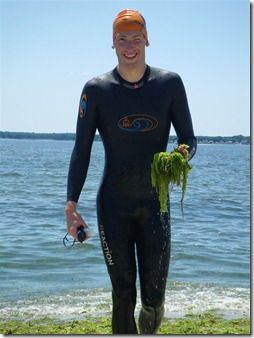 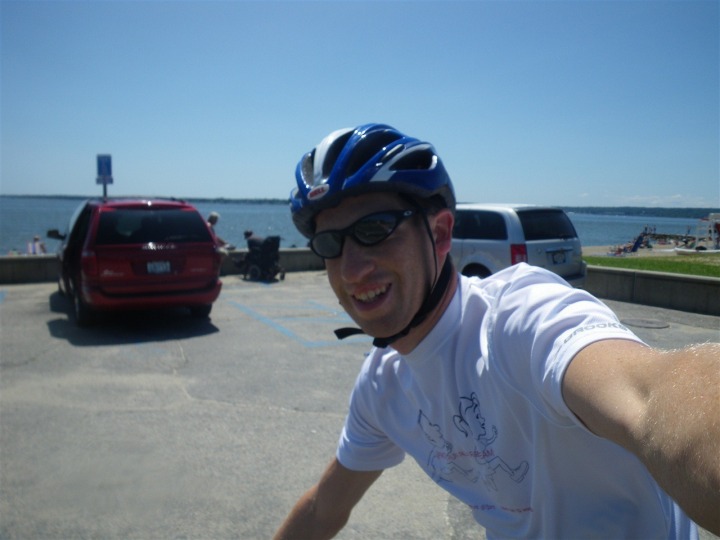 We did a brick workout from the car, worked rather well! 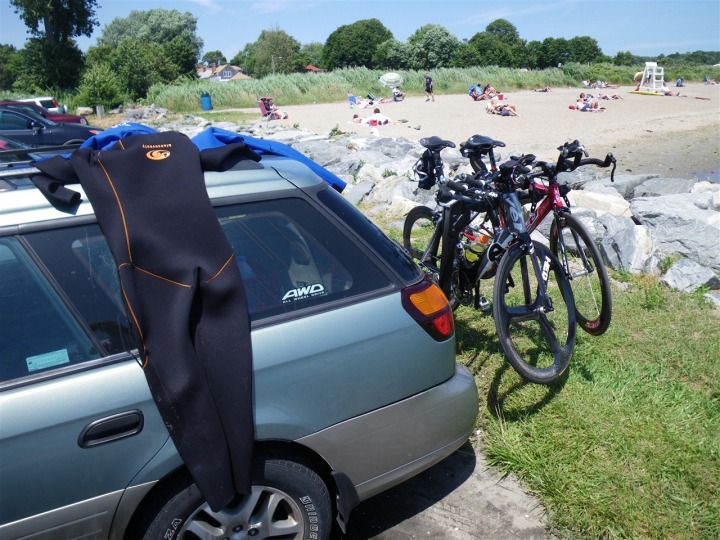 My Mom also joined in our little brick workout as well: 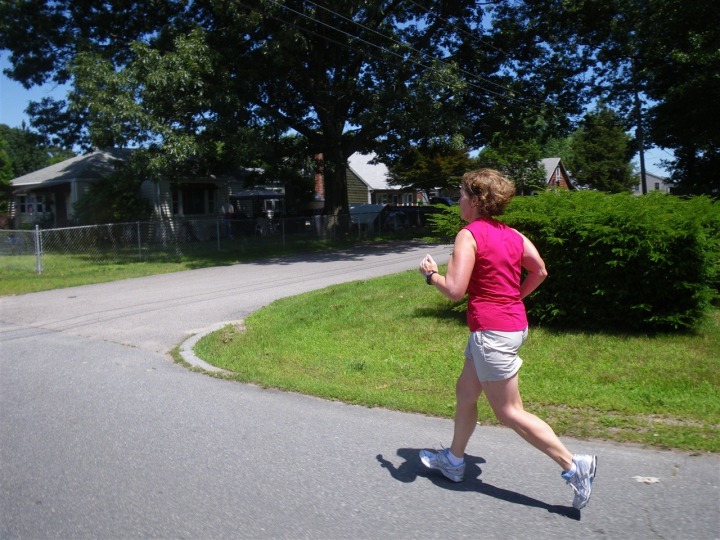 But(t), Friday at the Maker Household brought one important meaty item.  A BBQ.  An all day BBQ.  Of Pork Ass.  Pulled Pork Time!  And Ribs!  My dad and uncle followed my recipe and did a 12-hour pork butt.  Of course, this resulted in all sorts of dialogue all day long…

“What do you think looks better, the ass or rack?”

“Is my ass bigger than my rack?”

(Side Note #2: There was just a bunch of ‘Oopsies’ behind me in the kitchen in cupcake land with some random unrecognizable sounds…I’m not sure what it was, but as long as the cupcake experimental samples keep on coming…it’s all good.)

“Your ass smells incredible” (from the meat dialogue, not the cupcake dialog)

No, it never got old (at least for us guys). 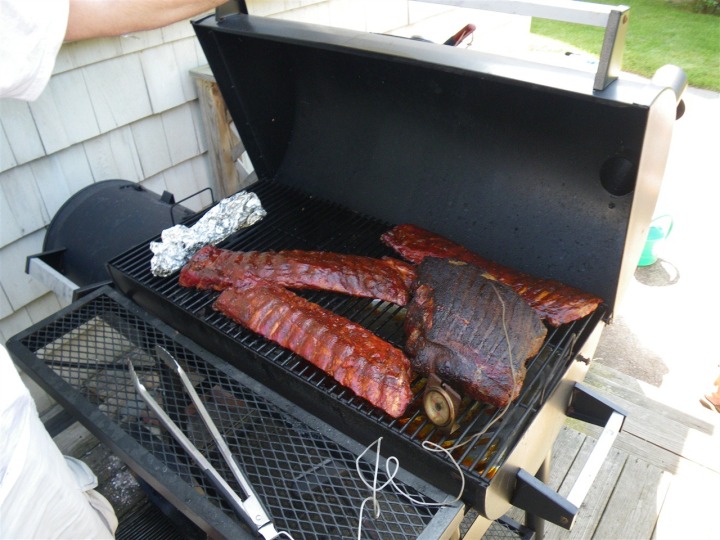 Meanwhile my Aunt was inside cooking all sorts of other goodness: 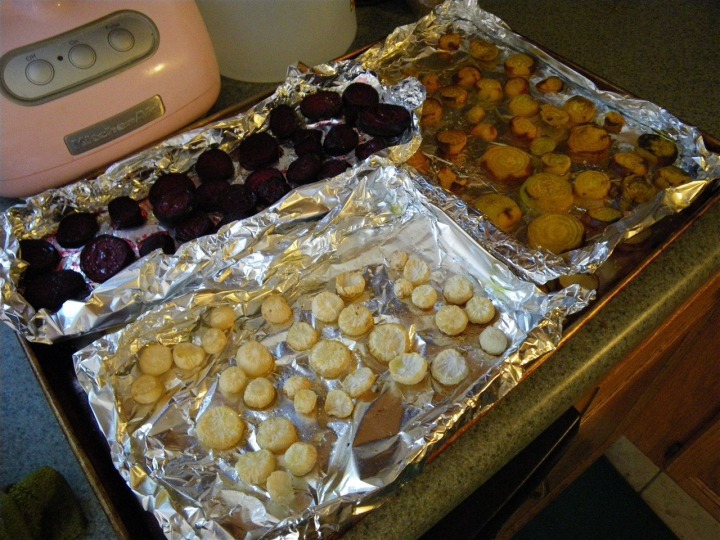 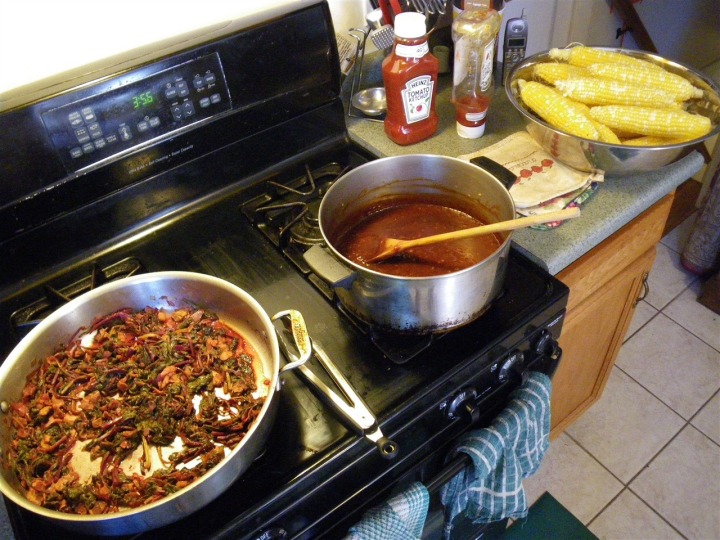 My Aunt Jayne documented the heck out of it in tons of photographic splendor.  So if you’re a meat lover, you should check out all her pics.  The only minor bummer was that being so close to the race, the Girl and I only ate a tiny bit of the pork, and instead concentrated on a more carb-focused diet (with some lean meat as well).

Sunday there was that little matter of the race.

…we survived, so onwards we go…

After the race we drove down to my Mom’s side of the family in Connecticut, and hung out there through Wednesday.  We stayed with my Papa – who’s 92 years old.  Though somehow I don’t have a pic with him on my CF/SD cards, must my on my Mom’s camera.  This visit essentially involved a lot more eating. 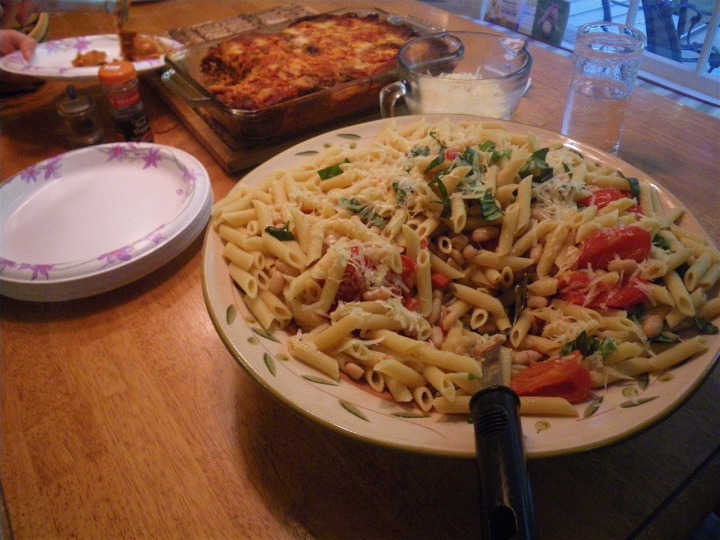 The girl and I on Monday night went out for a short 35 minute recovery ride (recovery from the race, not the eating).  We hit an all time speed record on our mountain cruiser bikes that we found in my relatives garage: 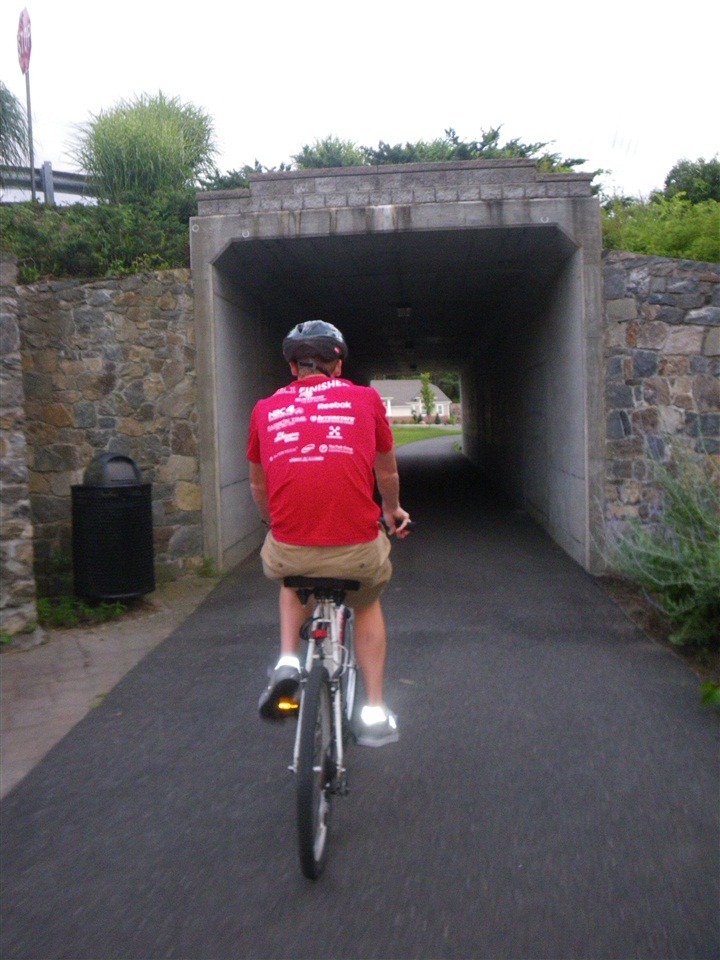 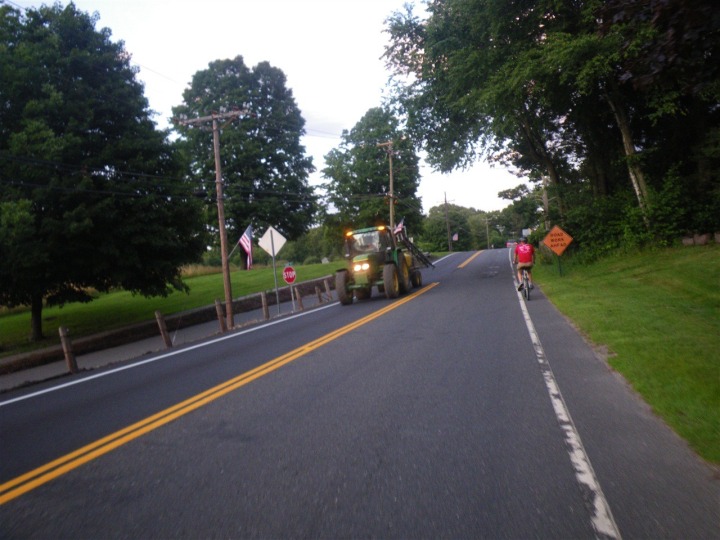 And on Tuesday we (including my Mom) went for a little swim in an outdoor pool, quite nice! 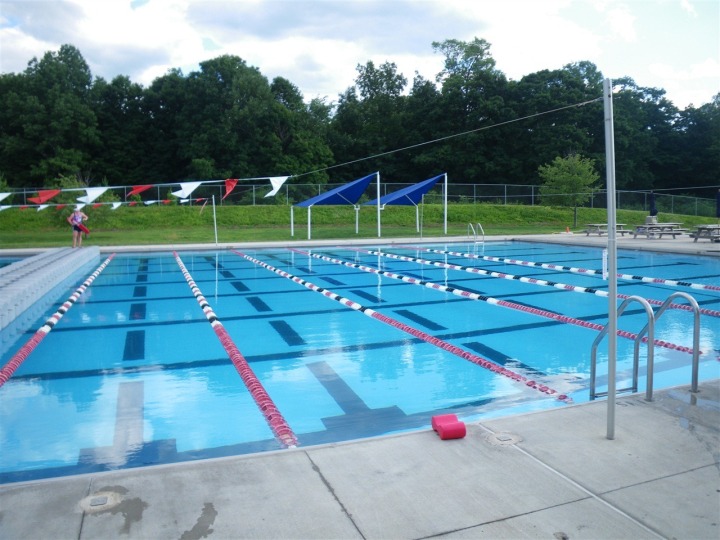 So with that, I think we’re all caught up.  I had a short little run yesterday (Thursday), and I in general survived.  Actually went a bit faster than I expected.  And today I had two swims (technique session and regular session), somehow totaling about 5,000 yards.  Tomorrow I’m back up at Skyline for a 70-miler.  Should be fairly easy though and semi-relaxing.

(Side Note #3: I just had a full completed experimental cupcake…mmmmmmmmmmmmmmm).