Sunday morning brought a flurry of activity.  First up, was injecting my pork ass with a secret sauce (see previous day).  Well, technically it’s not too secret, especially since I’m re-publishing it here.  But that said, but injecting the pork with this apple-juice based liquid, it helps to keep the insides super-juicy – even after 30+ hours of cooking. 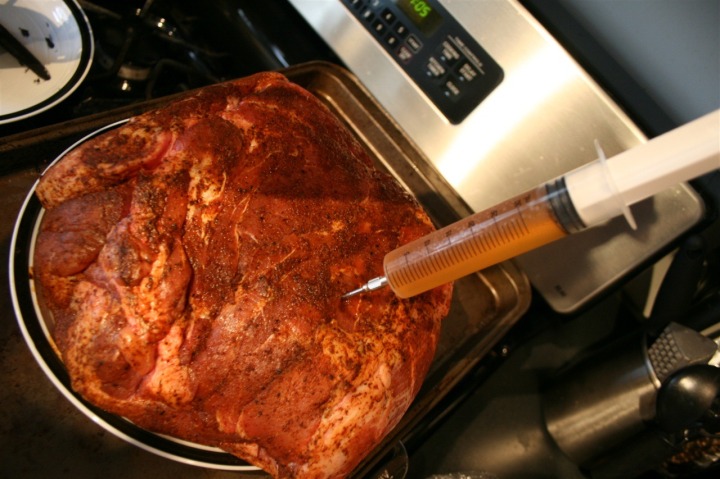 From there, they (two of them – one for dinner, and one for leftovers) went onto the grill with an expected time of about 9-10 hours roughly.  Meanwhile, I had to ready for a little swim.

Earlier this year we (Coach Alan and I) had planned to do a long-brick using the Reston 2-miler as the first leg of the day.  But due to the inability to get to Skyline drive last week, we decided to get the Skyline ride in this weekend instead – thus turning the swim into a simple standalone event.

Anyway…it didn’t start until 9:30AM and it was only about a 25 minute drive away – making for a nice easy morning.  Upon arrival at the site, the 1-mile race was just finishing up, with most folks milling around getting ready for the 2-miler. 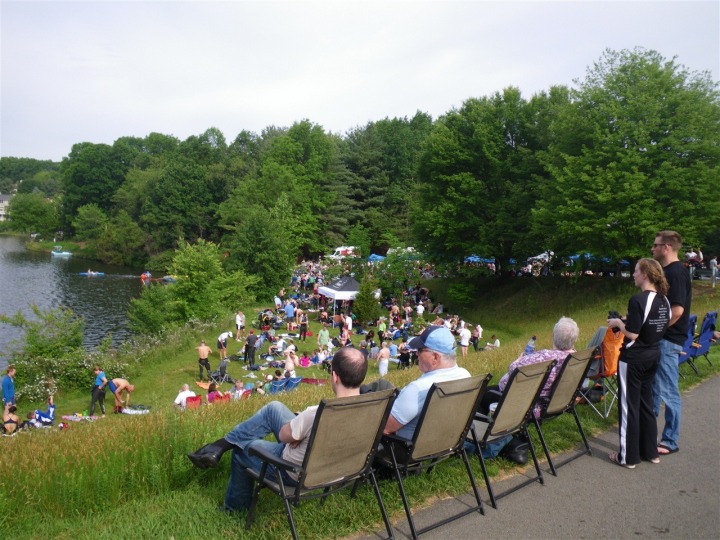 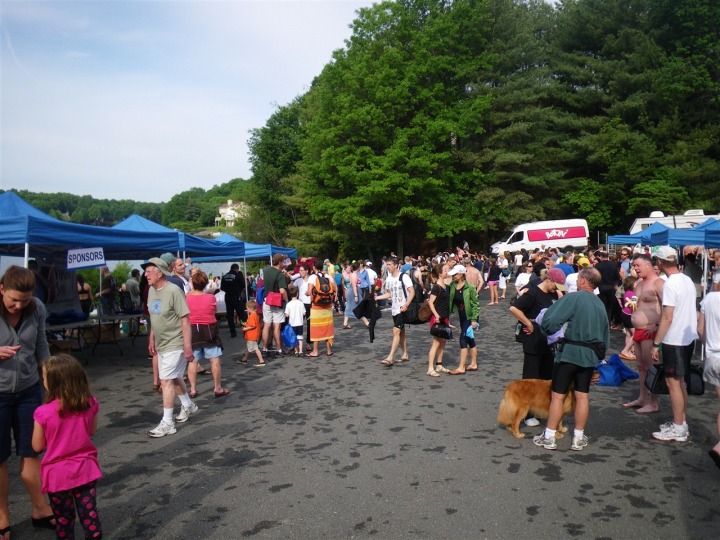 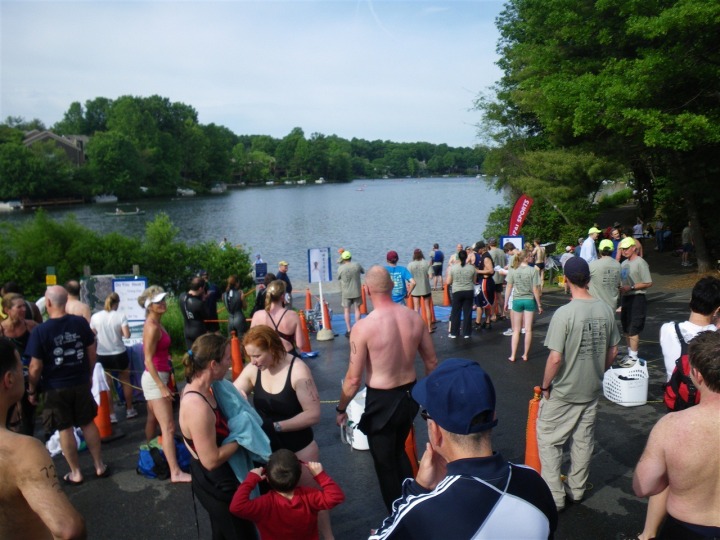 We (the girl and I) quickly picked up our caps, chips and t-shirts before jumping into our wetsuits to go for a little dip. 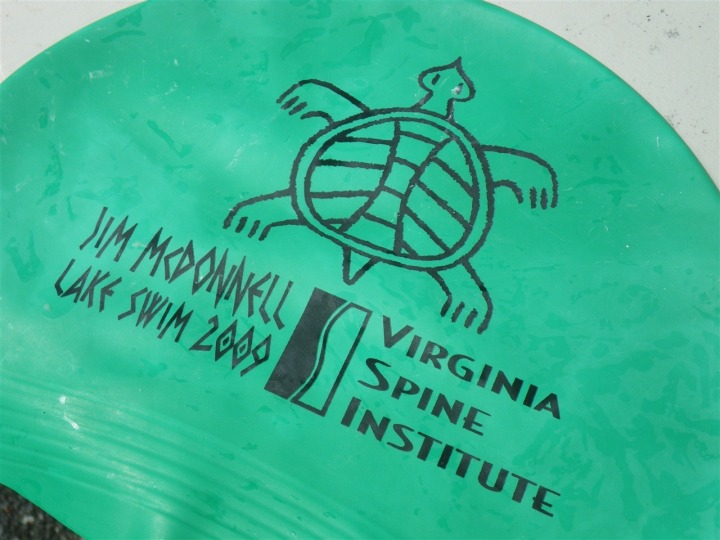 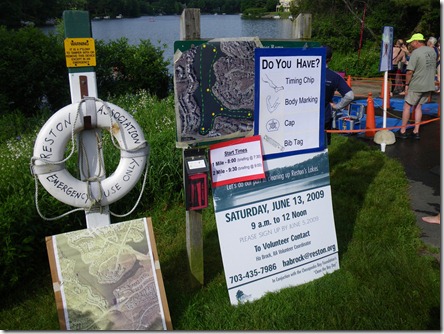 The course is fairly straightforward – a two-looper counter-clockwise around the lake where there are really only three turn buoys (there are others for sighting), and the rest of the course is left to your creativity as to how close to the shoreline you want to get. 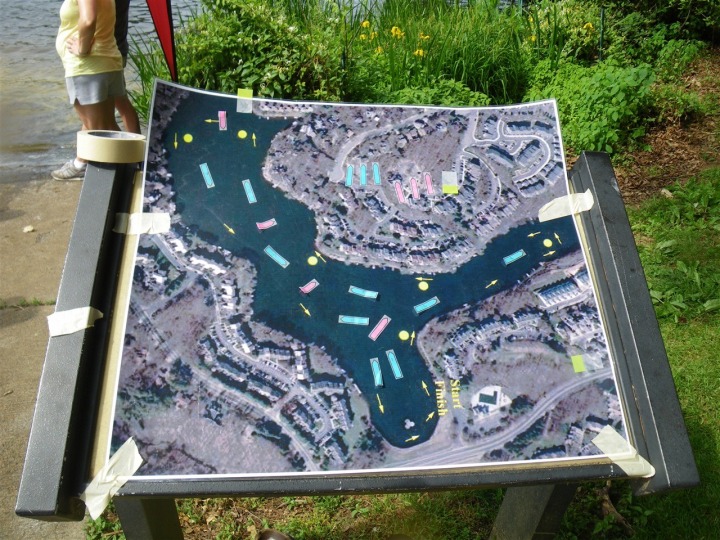 We lined up in rows by estimated finish time.  One interesting thing is they are super-careful with checking off names for both the start and finish.  You have to check-in/out as well as give a slip of paper (in addition to your chip).  That’s me standing there ready to go.  It was HOT out, so I was waiting until the last moment to put on the rest of my wetsuit. 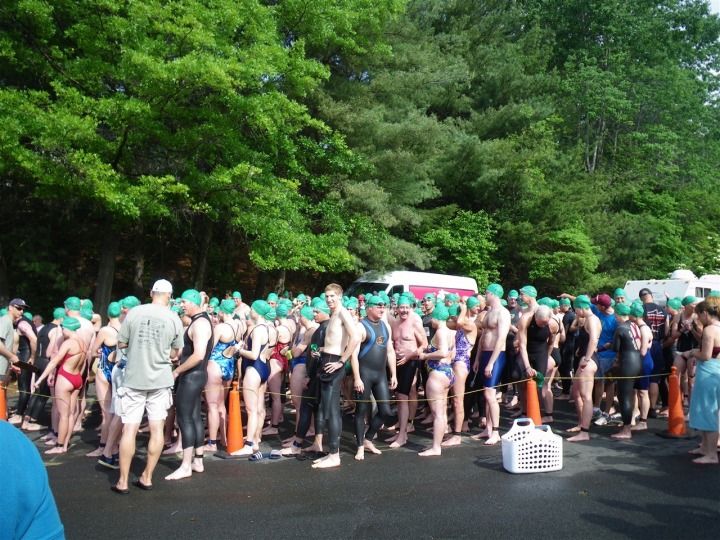 Then we headed down into the water over the timing chips for an in water start.  I’m the one with the suit unzipped – still holding out till the last second due to the heat.  Oh, the divisions are divided up wetsuit/non-wetsuit and then by age as well. 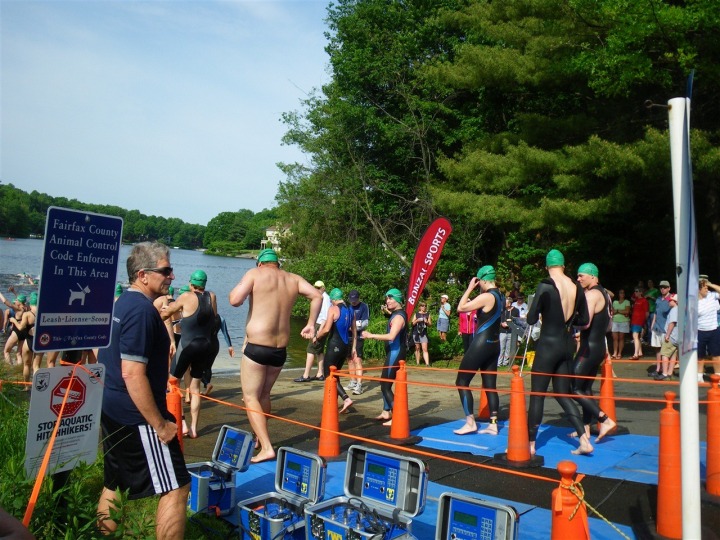 From there it was into the water for our start and off we went.  Coach Alan had put together a plan that put me on a hard to moderately hard pace for the swim.  But, since I’ve never done a 2-mile swim-only TT before, this would be a bit of an interesting exercise (no pun intended).

It didn’t take long though after the start to clear all but about one or two folks from my start wave and get into my own groove. 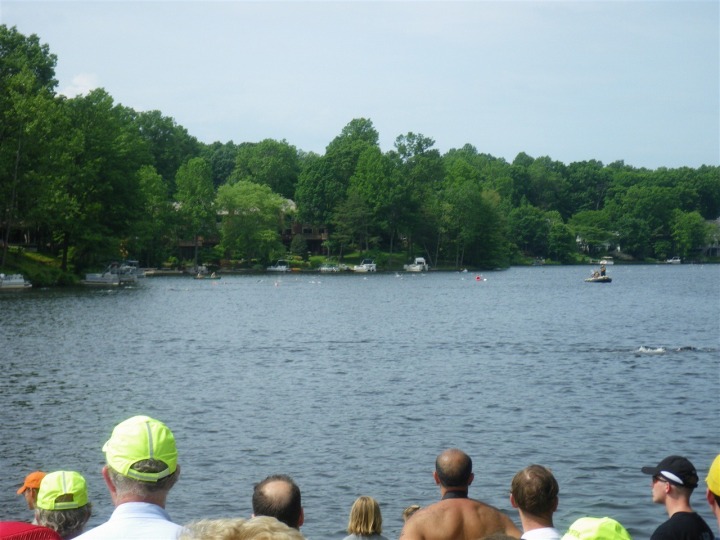 Because this ‘race’ was just a training event with many small swim waves (albeit over 800 people at the event), I didn’t have any concerns with taking my Garmin 305 in my swim cap along for the ride.  I stuck it in a Ziploc bag (since it would be over the IPX 30-minute waterproofing limit) and then into the swim cap it went – recording data along the way.  Here’s what I captured. 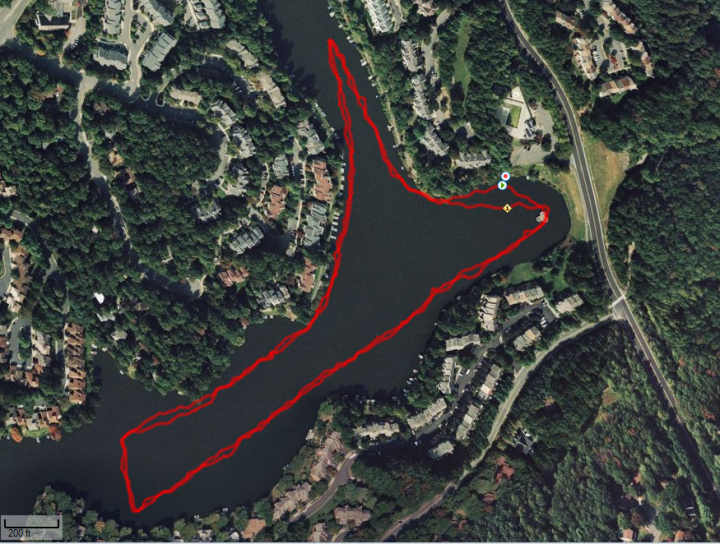 The start is in the upper right hand corner.  The little yellow #1 is the completion of the first lap (hence why I go straight across instead of two shore).  By and large though, my line was pretty sweet.  The first lap is a test of how well you sight, and how much course-creativity you want to get since you’re on the inside of the buoys between the shore and buoy instead of the outside.  Thus that entire left side of the course you can go as close to the shore as you want for the fastest line.

I bumbled along and knocked off the first mile in about 25:10 – which..upon thinking about it is definitely a PR for that distance (Oly-ish course).  I made it my goal to see if i could negative split the thing, so I continued plucking off people as much as I could on the second lap.

But despite my best effort I ended up at 51:46, about a 90 seconds slower on the second lap.  But that’s fine – cause that still puts me on target for a really nice Ironman swim split in the 60-62 minute territory.

Oh, your time is recorded as you come out of the water and run across the mats, so you do have to remember to ‘run’ (or waddle and weave as it may be) that last little bit. 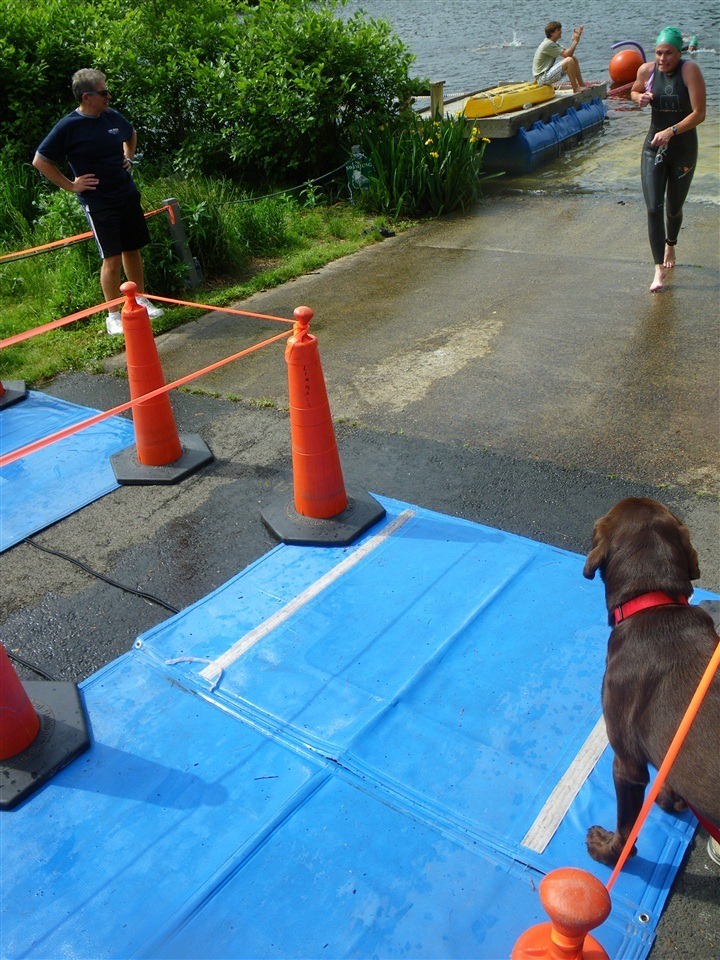 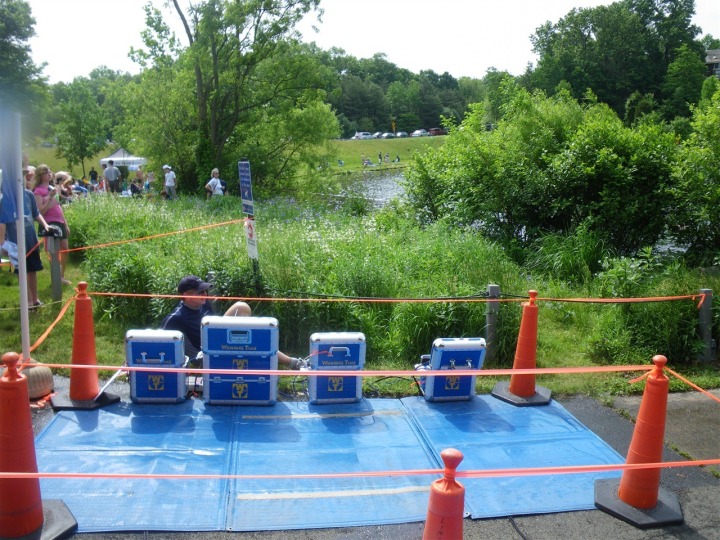 I happened to notice the timing company was Lin-Mark timing.  Which I’ve come across before.  They are a top-notch small timing company that gets their results – and pictures – up within hours of the race.  Even in this case where the main Reston Swim race site didn’t (and still doesn’t) show the results, the Lin-Mark timing site had them up shortly after the race.

Woot!  Despite my lack of swim skillz, I managed to get myself some hardware…and so did The Girl! 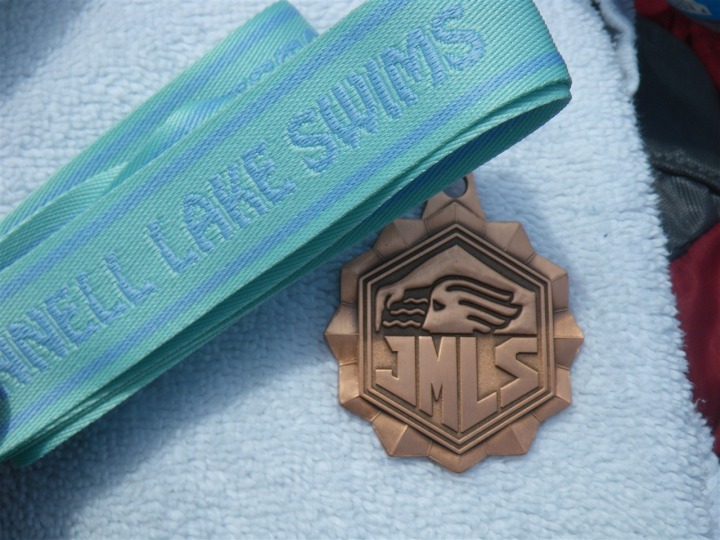 After that, we headed back to my place to get the BBQ all set.  In order to keep this quick, let’s just get to the pictures. 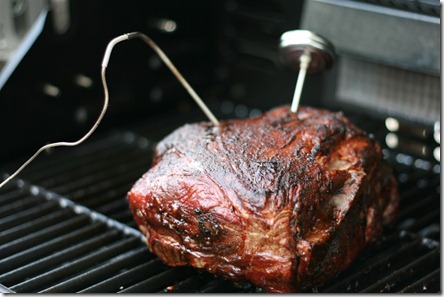 Now, there were actually two asses.  One for last night, and one for today.  The plan was to cook them both for 9-10 hours.  But due to not fully being used to the new BBQ yet, it ended up being about 12 hours for the first one.  And that was after making some executive decisions around the 5-6 hour point to shift heat and stuff to get the primary one done for dinner-ish, and then let the other one go slowly all night.  Here’s last night’s feast after shredded: 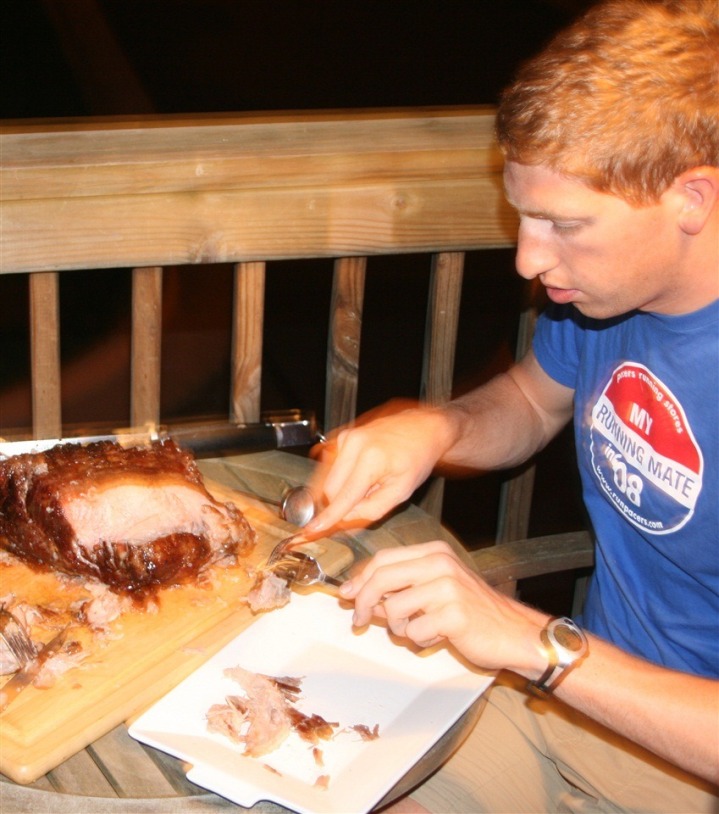 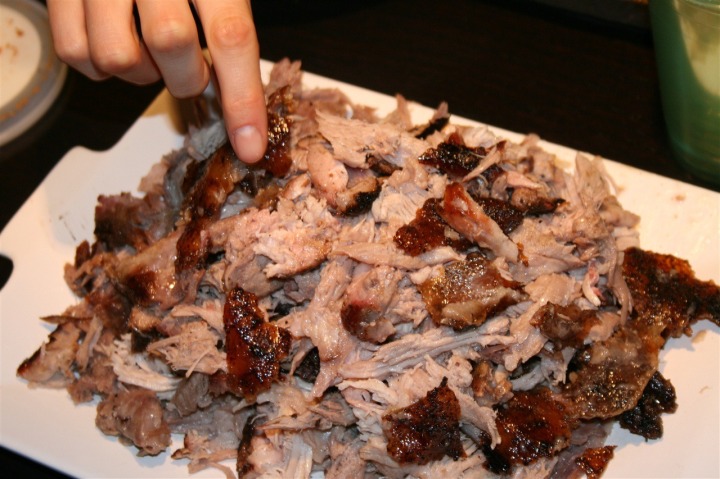 Oh, remember those little unknown cupcakes The Girl was working on Saturday night?  Well… I present you the penguins: 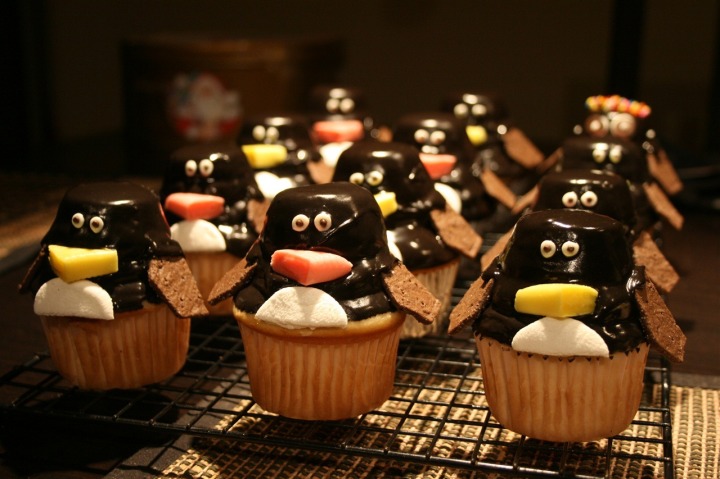 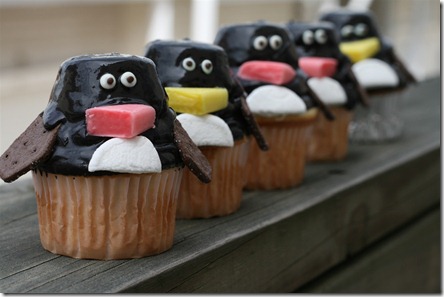 The thing is, combine a bunch of people around a bunch of penguins, and some pretty funny pictures come out.  Like this one with the sorbet… 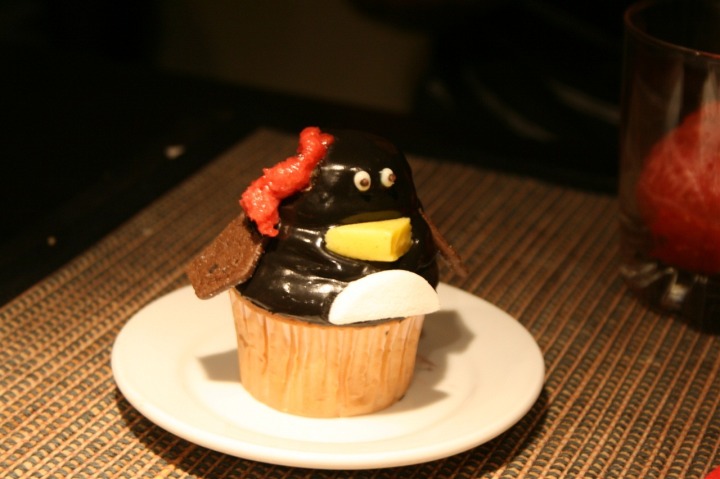 Or this poor girl (the girls have pink peaks, the guys yellow). 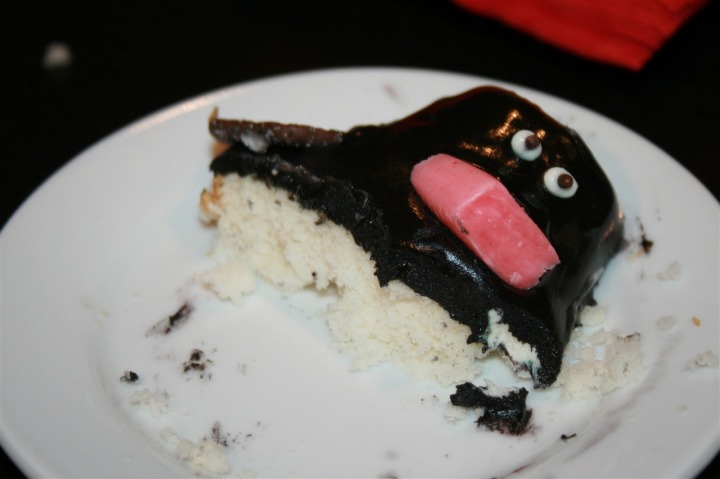 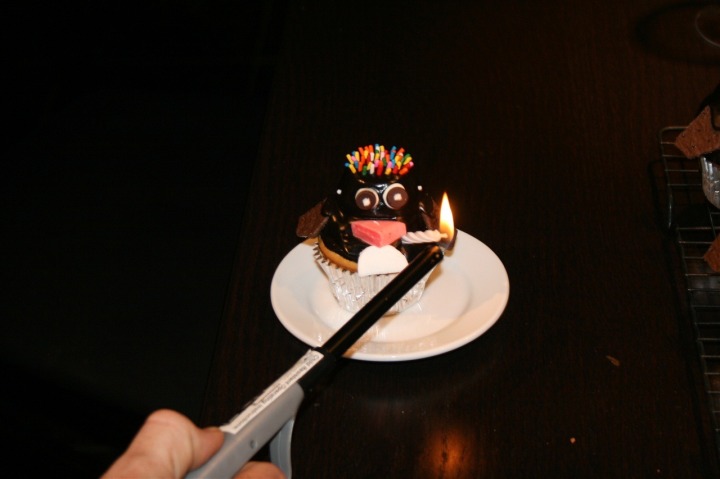 All the penguins are from this book. Oh, and here’s some of the sorbet I made: 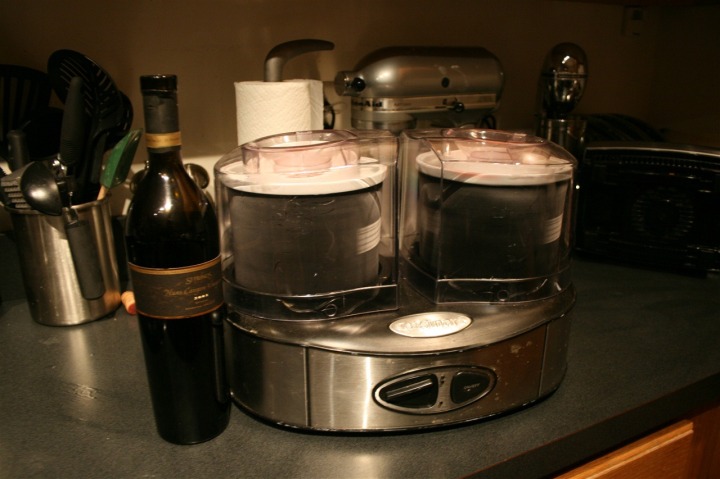 Yes…my Sorbet recipe has red wine in it.  It’s awesome.  Then I put it in a little plastic container to finish freezing overnight. 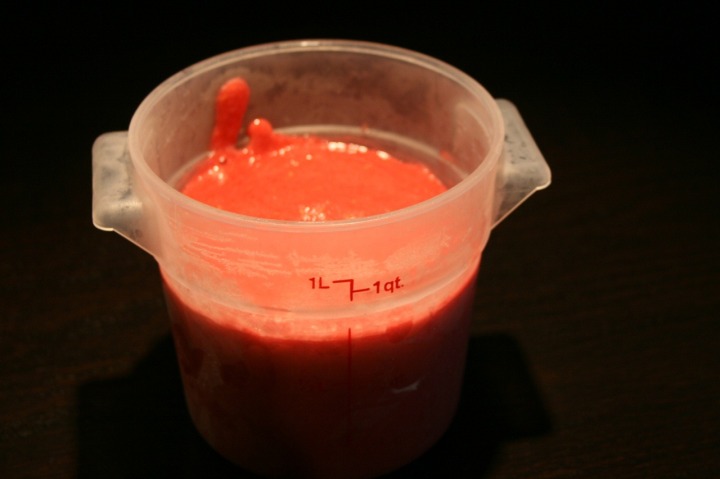 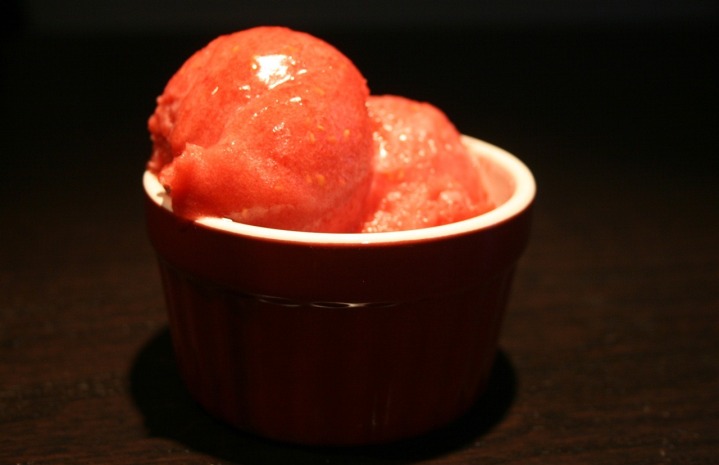 Finally, today – the other ass finished cooking (it was on he slow-boat).  In total it went for 33 hours.  The longest I’ve EVER BBQ’d something (or done anything at all for that matter).  And it was (still is actually), incredible.  Amazingly moist with tons of flavor.  The girl pointed out that running the BBQ for 33 hours straight was sorta like a initial seagoing test – just to ensure the systems are all good.  Here we are shredding it this evening: 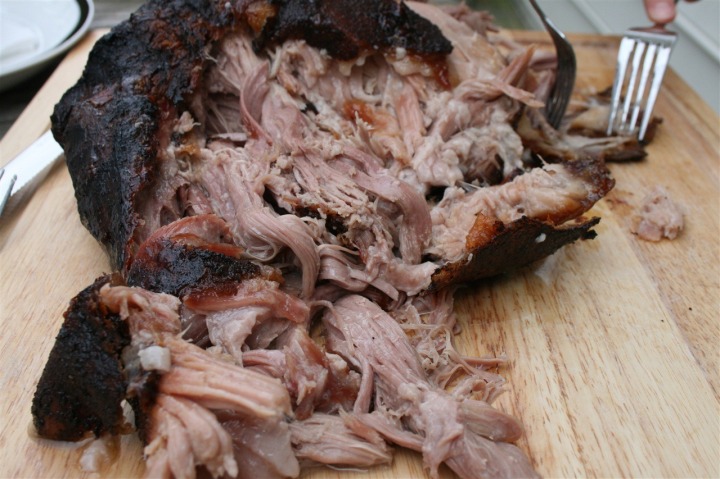 This is all that’s left after shredding – the bone and some pieces tiny pieces of fat that didn’t burn off. 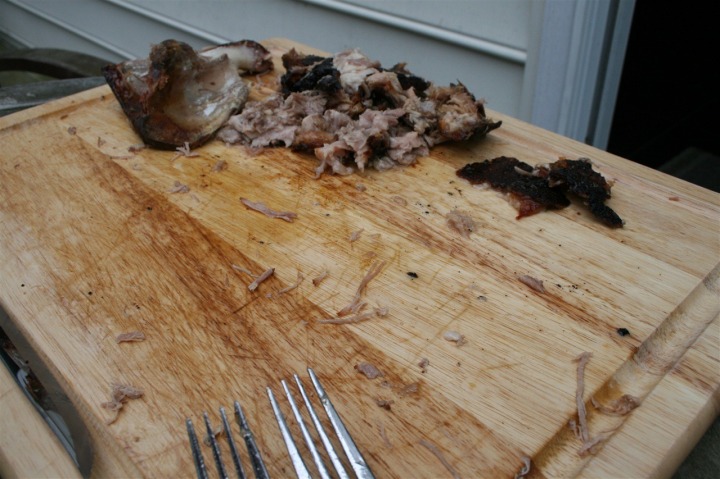 And this is the goodness.  Note that the knife is clean – completely unnecessary with a well done pulled pork – all just shredded with two forks. 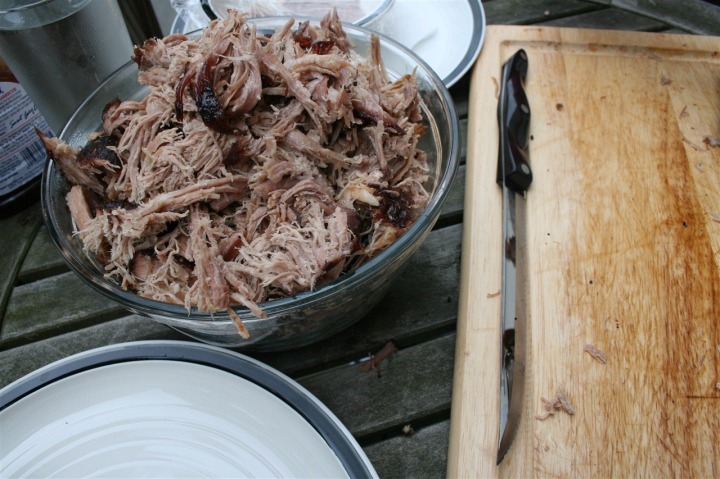 Add to that a bit of BBQ sauce, and we’re all good.  Oh, as promised, here’s my recipe for Pulled Pork.  I put it together in a Word Document, so hopefully ya’ll can open that up.  I’ve tweaked it slightly over time, but it continues to be a winner of mine. 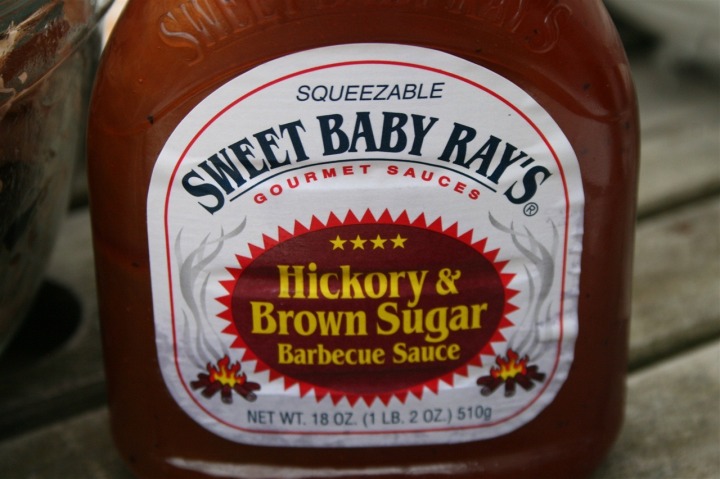 So…finally, I’m done for this post.  Tomorrow I’ve got an awesome trainer ride before getting on a jet-plane in the evening for a nice 4,505 mile nonstop flight to kick off my next 8 work day trip covering 17,135 miles and a few continents.