Well, technically it’s called the ‘Underpants Run’, but – essentially all the same.  For those of you who’ve been around the block a while on this blog, you might remember I stumbled into the back of this last year during my first Ironman.  This year though – I came prepared (translated: I read the sign on the Starbucks door the night before). 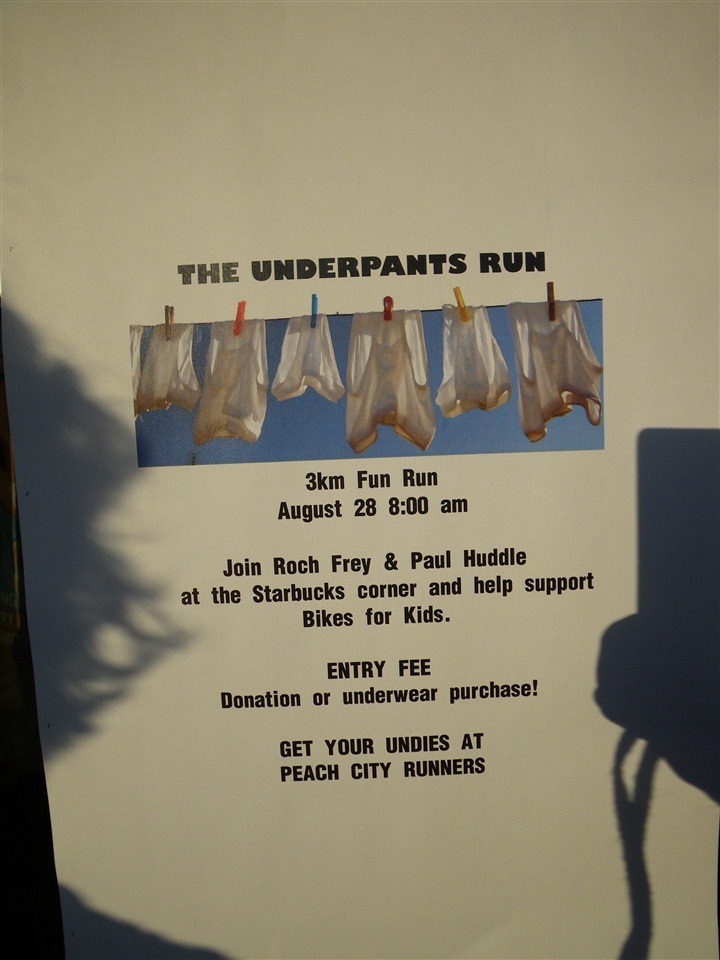 This annual tradition is simply a casual jog around the finishing region/streets here in Penticton, BC.  The distance is marked as a 3K run, but it basically includes a swing through the hotel to wave at all the people on their balconies, and then a stop at the lake’s edge to confuse the rest of the athletes getting in their swim workouts.

But first up though – is signup.  You pay $10 to get a special pair of undies, all benefiting charity. 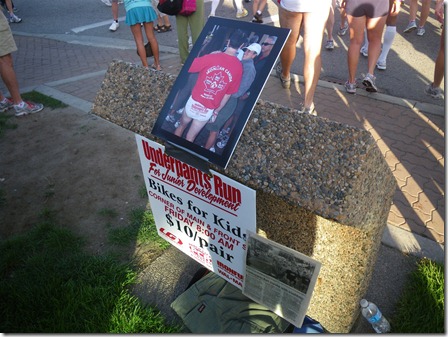 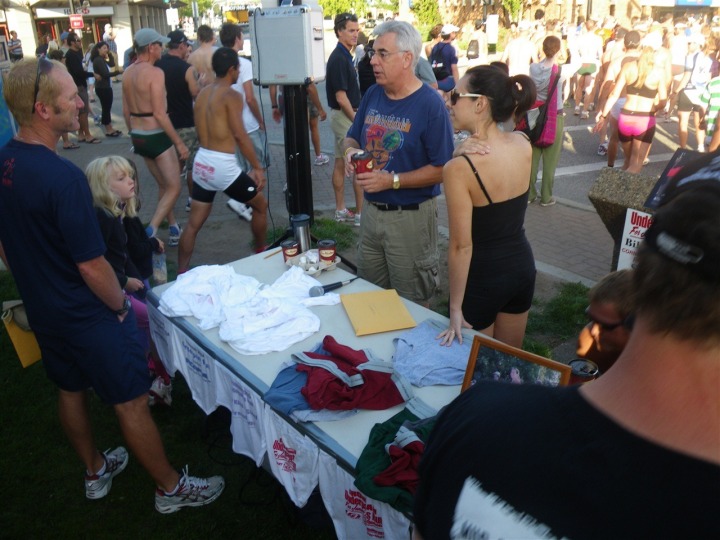 After that, you stand around a bit (while wearing just a bit) as everyone else anxiously awaits the start. 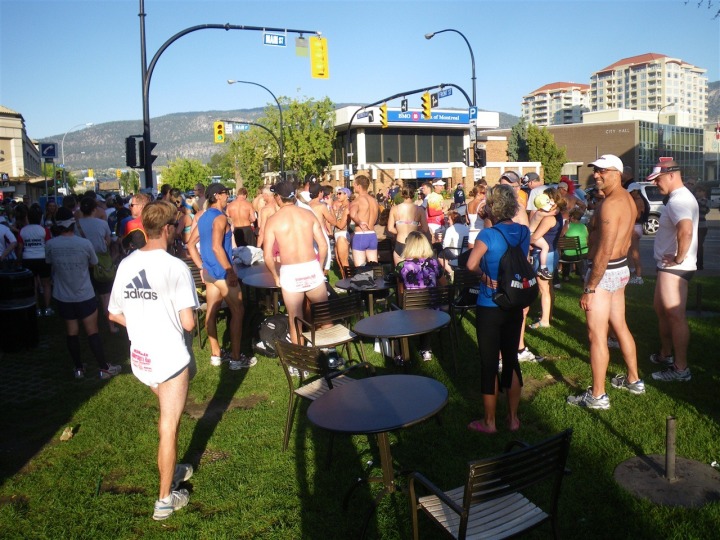 Then…it’s time for the athlete’s oath.  This ceremony involves repeating a specific pledge covering a wide range of topics – all critical to the run, and life in general as a triathlete.  Because I’m all about covering the details, I captured the following video (you’ll have to likely visit this page if reading in an RSS reader).  Well worth it!

After that, it’s time to head on out! 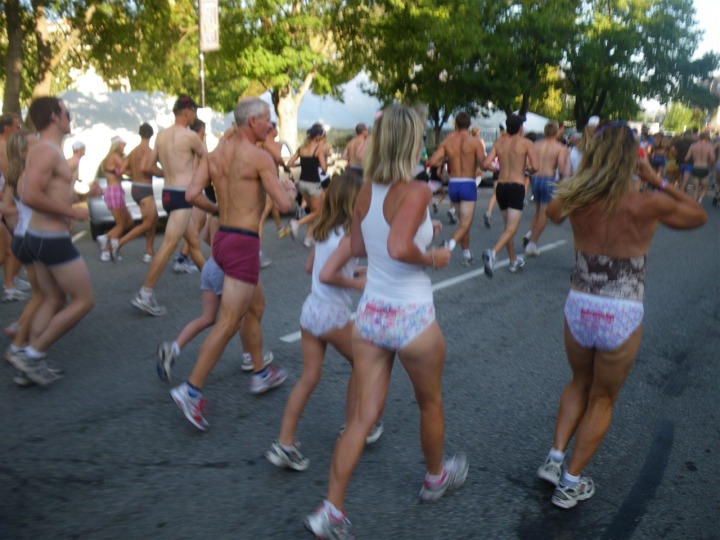 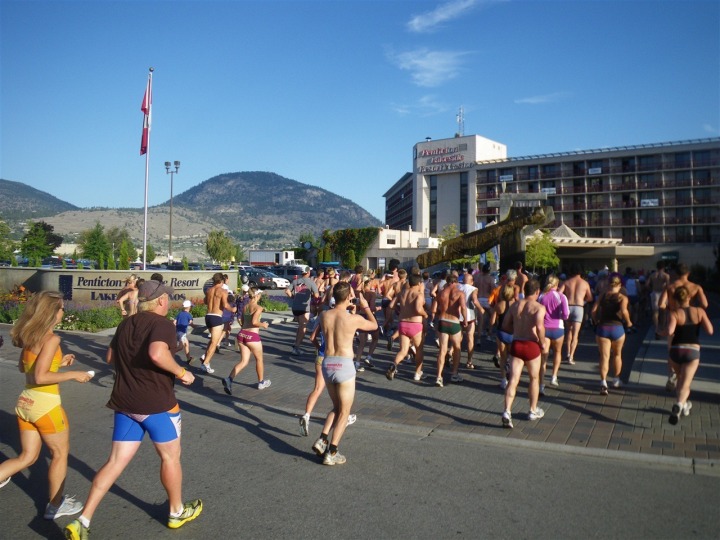 Above we’re swinging through the hotel – if you look closely, you can see people out on the balcony.  One girl even ran right out the front of the hotel and pulled off her pants to run along in her underwear.  That’s getting into the spirit!

Then we rounded the corner to the front of the lake.  The tents you see are actually part of the transition area for the race. 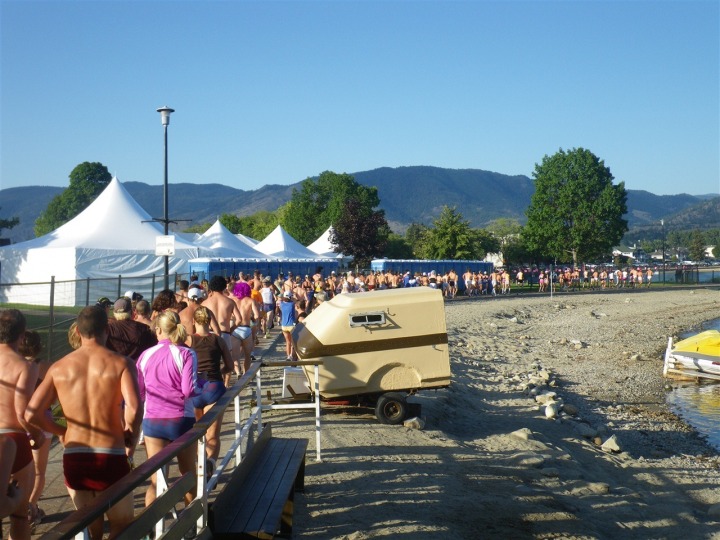 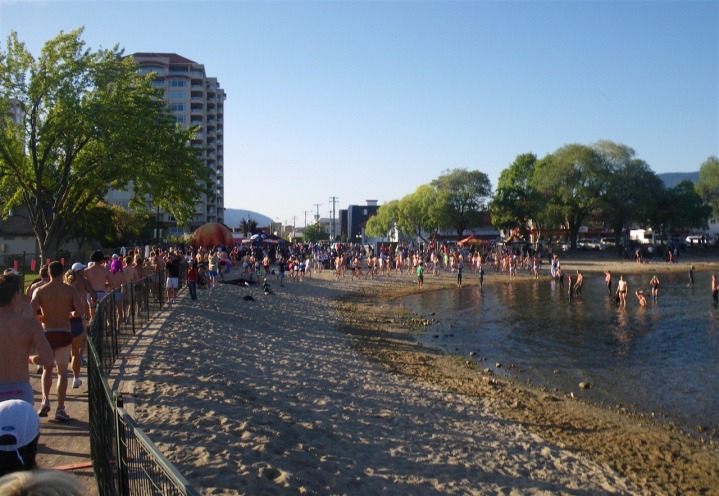 Once there, we went through a number of stretches and other rituals. 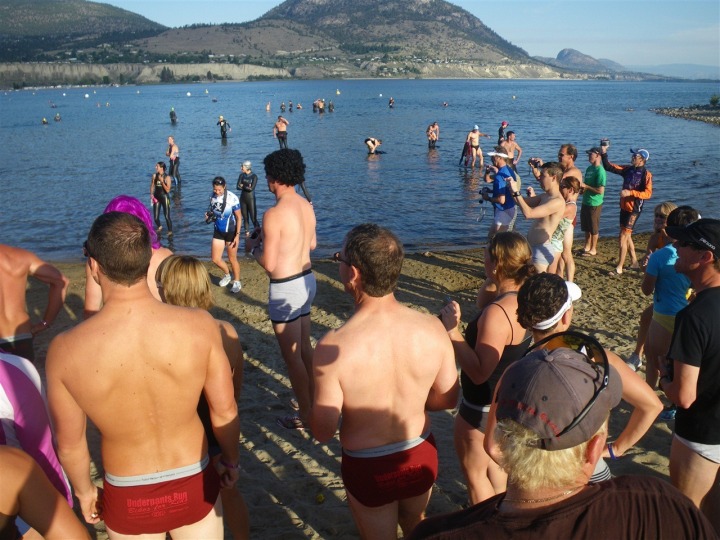 After that we eventually would wander on back.  The whole thing is pretty short, but also fairly funny.  I bailed off the end at the beach as I had to get my workouts in for the day, so my run was a bit short.  Though, if you combine my efforts last year, with my efforts this year – I think I’ve almost got the whole course covered. 🙂  No pun intended.

Btw, if you want to see all the Ironman Canada action from last year, here’s all the posts I did:

And…just for fun, the lead up to those two posts (written a year prior to that):

T-365 Days – My very first post to the blog, written one year from IMC
Ironman 2008 Registration Slumber Party – My second post, about sleeping in line to get registered

So with that, I’ve given you plenty of take-home reading material.  I’m going to take nap in preparation for this year’s athlete banquet this evening.  Tomorrow (Saturday) is filled with gear bag drop-off and transition goodness, along with another workout…which, btw – if the last two days are any indication – things are going darned pretty well!  Catch ya tomorrow! 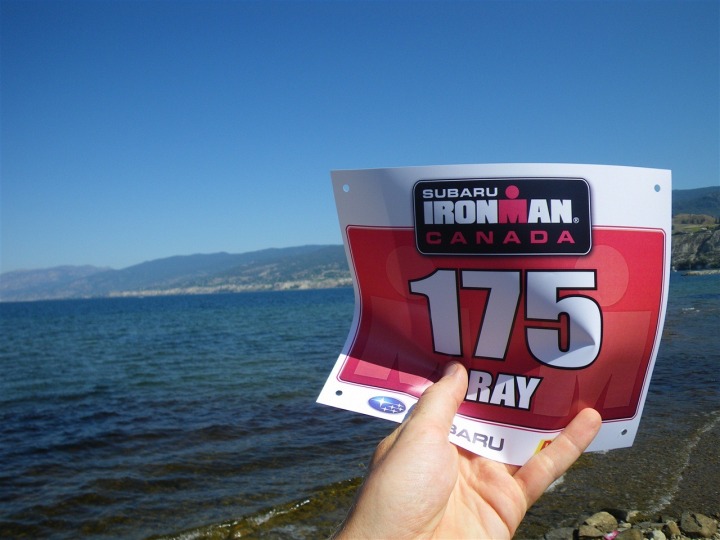