This is my second day up here, after arriving yesterday.  As I mentioned yesterday – my goal is to streamline these posts, so I’ll try and keep it word-short, but mostly pictures.  I’ll post again tomorrow for the last time before the race after most of Saturday’s activities, so for those regular commenter’s, don’t feel like ya have to comment – I know it can be tough.

The plan this morning was to be in the water by 7AM, and then a short 25 minute run afterwards.

The buoys weren’t/aren’t setup yet – so I just used some other beach/boat buoys to practice sighting.  The water is a bit chilly, but not too bad – reportedly 63° this morning, but up to 66° by this afternoon.

I swam out about 12-13 minutes along the buoys, and then back.  So probably about 1600 or so yards.  I felt super-slick and fast in the water – so I was happy about that.  The water is also fairly clear, I could actually see the bottom – generally about 10 feet below me while along the beach. 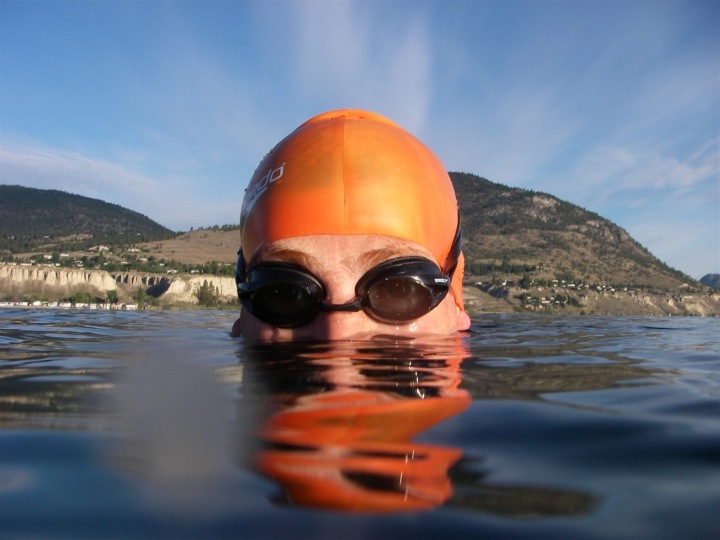 Some totally high quality self-portraits at my turnaround.  I tossed my waterproof camera inside my wetsuit to be able to take some photos. 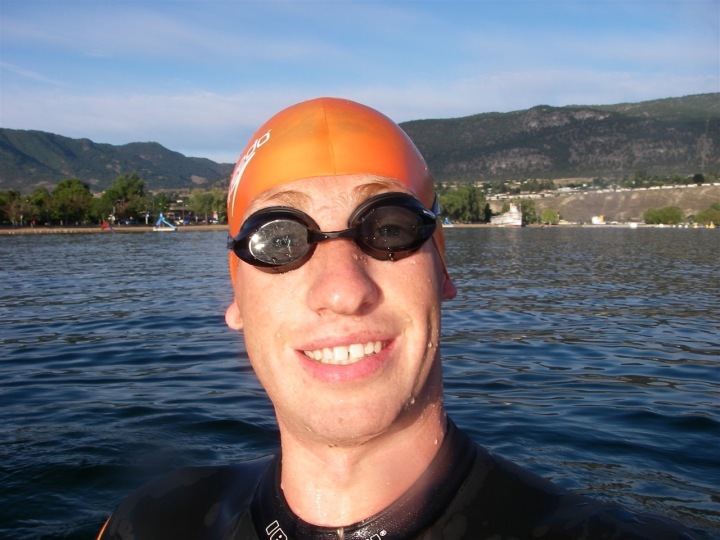 After the swim, I went out for my 25-minute semi-tempo run.  As I neared the mid-portion of it, I happened to run into the back of the annual underpants run!  Given I had just worn my bathing suit, I kinda fit right in after tossing my shirt. 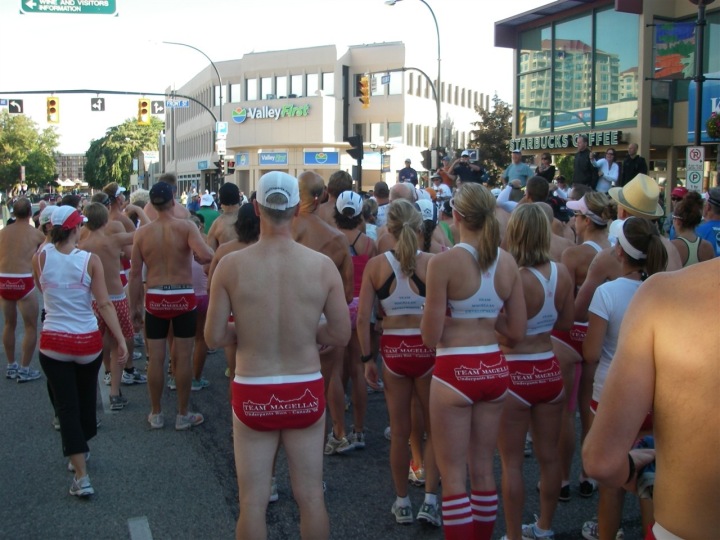 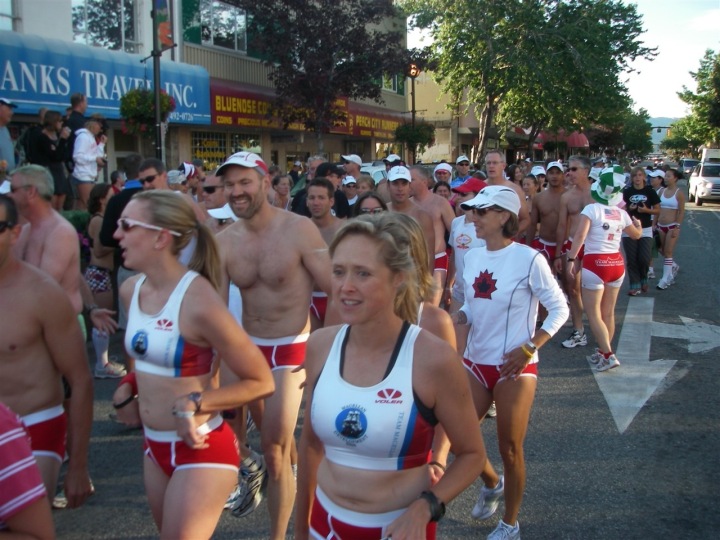 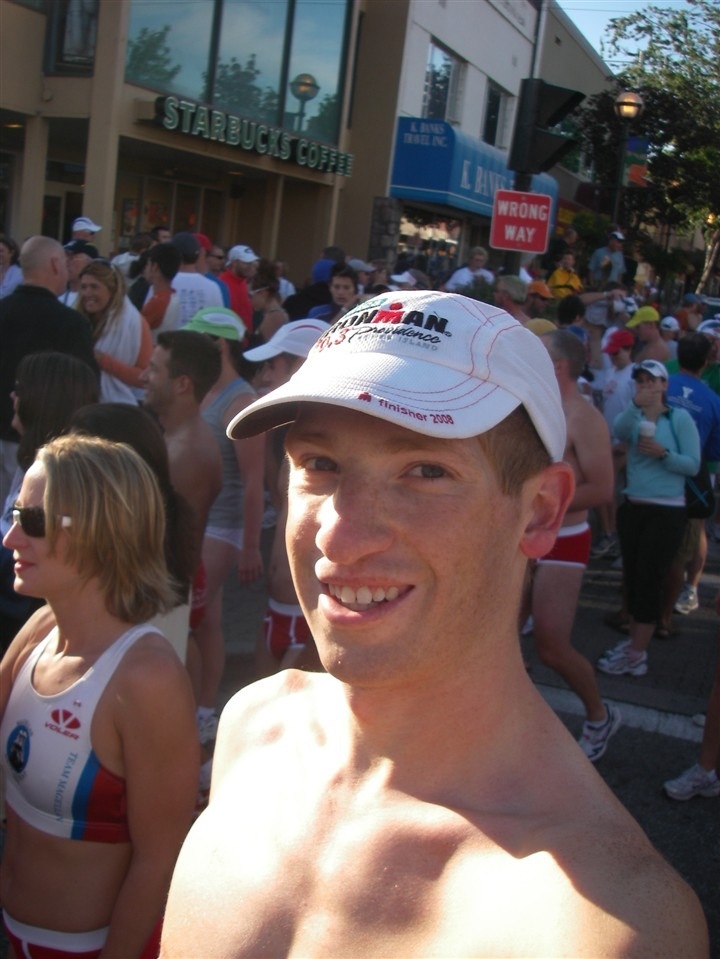 Following that it was time to check-in and pickup my packet, as well as browse the expo. 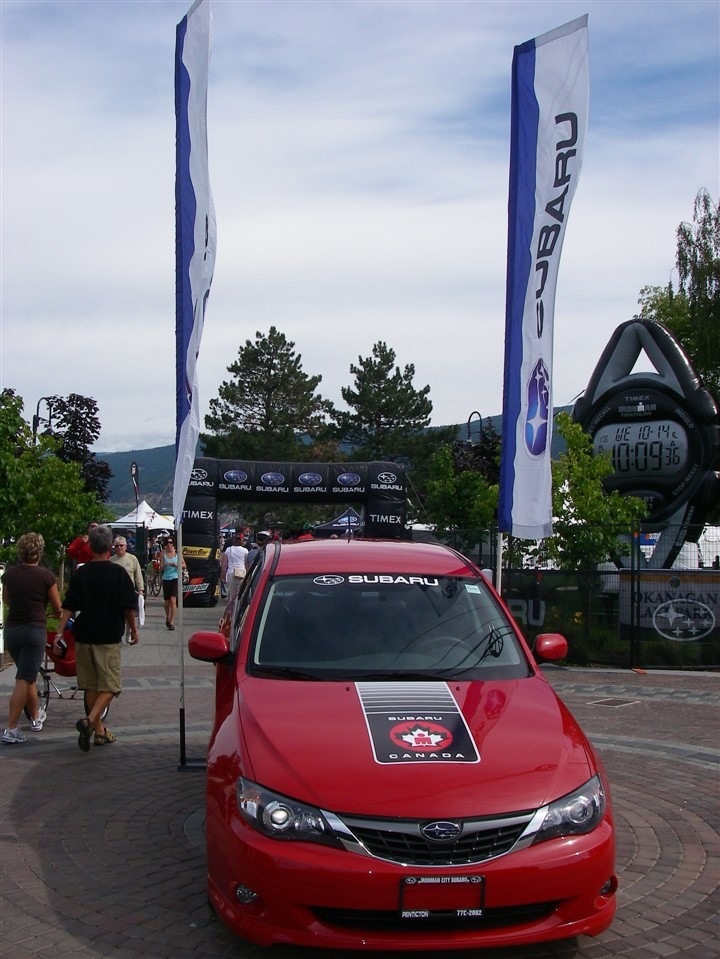 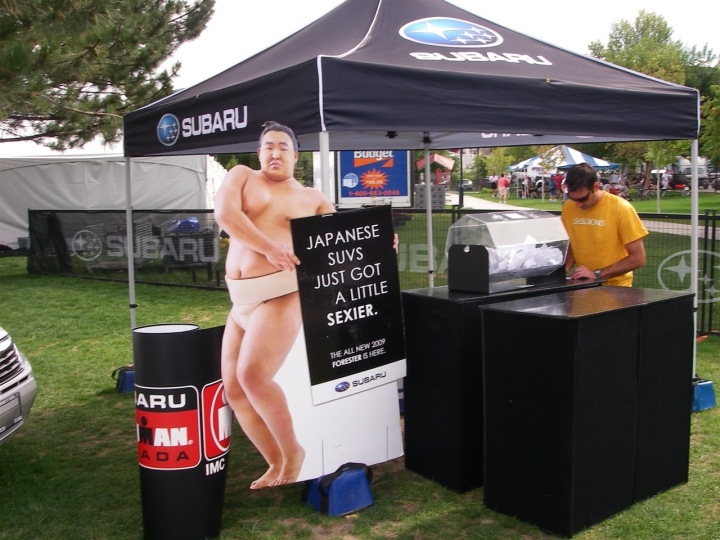 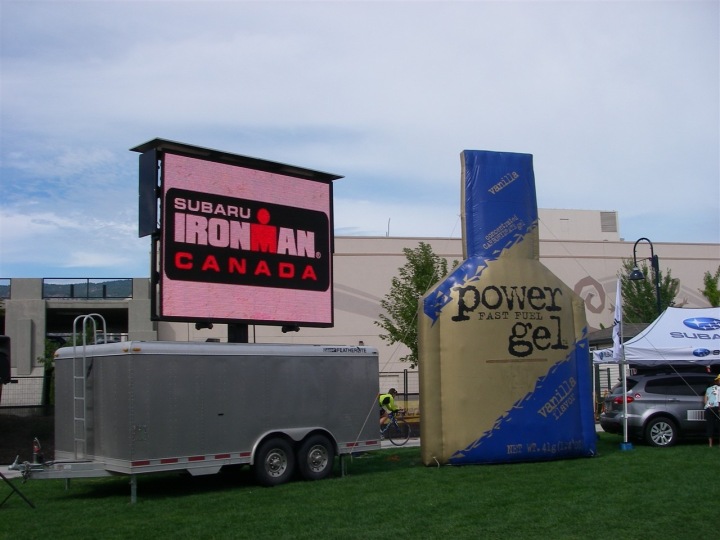 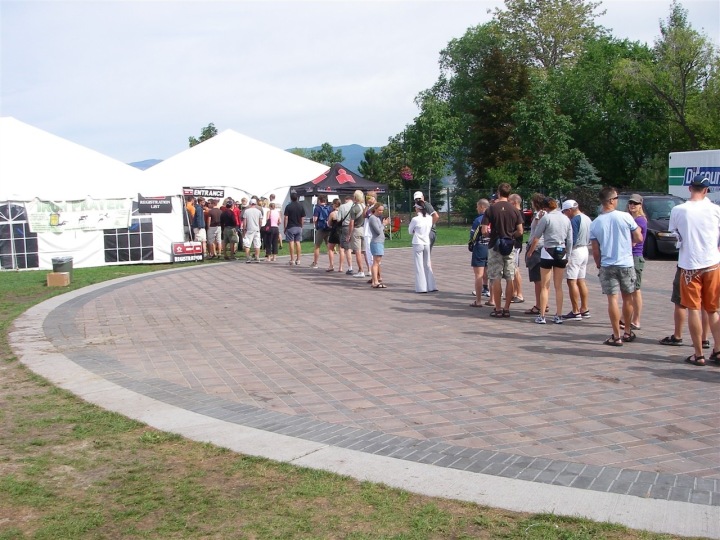 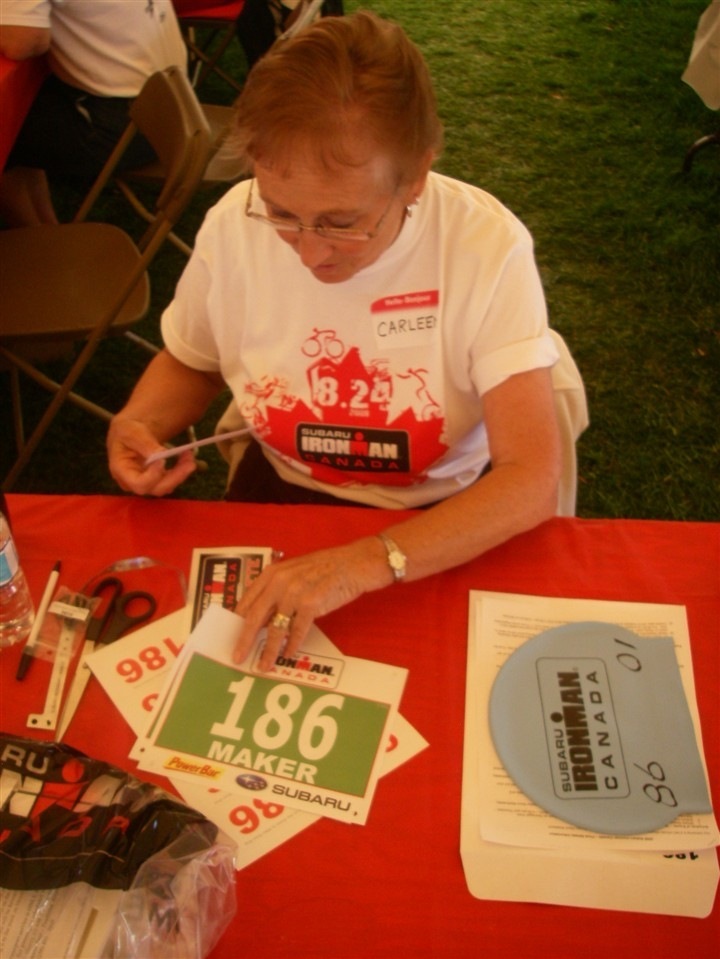 (Below – inside the Ironman Store) 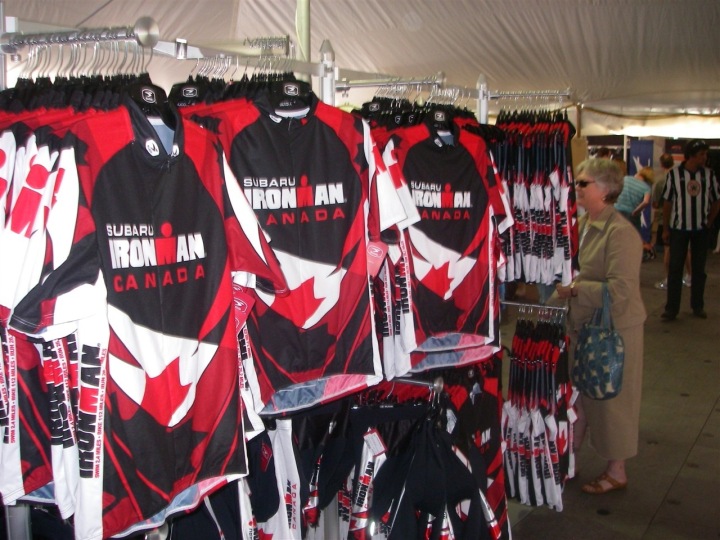 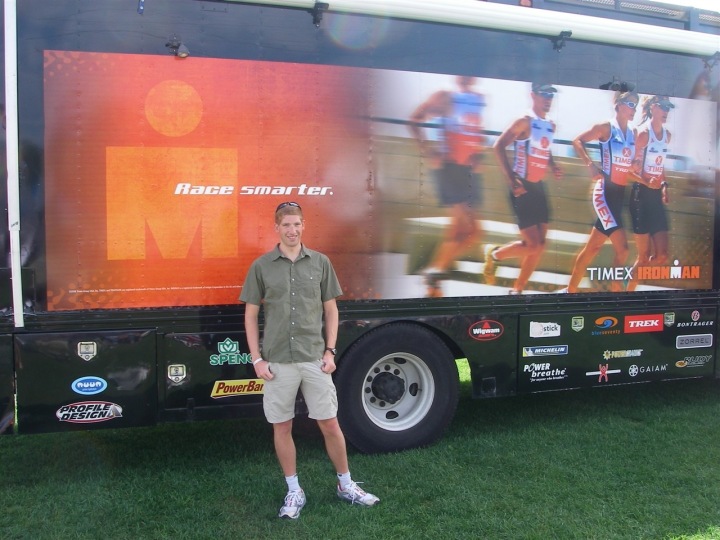 After packet pickup and related activities, we headed out to drive the 112-mile single-loop bike course.  It’s an incredible course that stretches all around the region past numerous lakes, hundreds of orchards and wineries and over tons of hills and some mountain passes.

Below is from the top of Richter Pass, the first major climb of the route – at about mile 44, and climbing about 1,110 feet up.

From there, it was roller after roller and roller for many many miles.  You can actually just barely see the road in the middle of this photo out in the distance climbing up another hill. 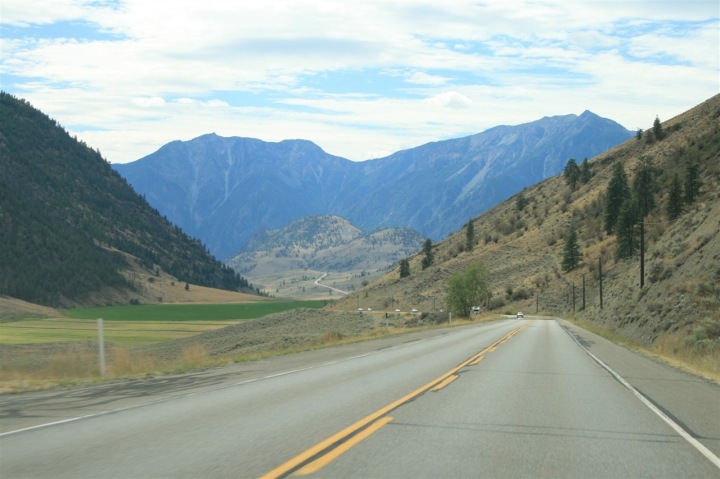 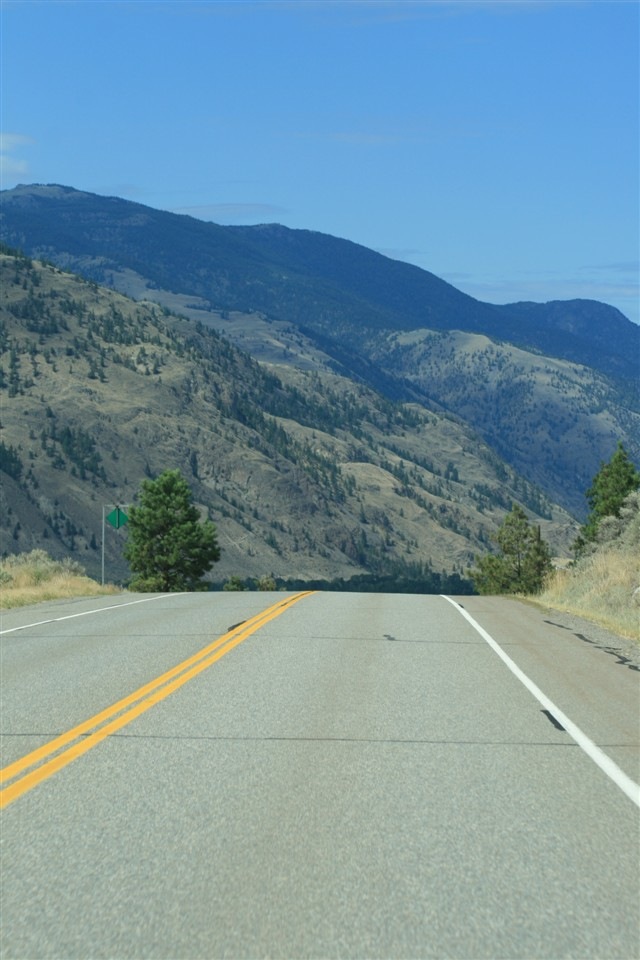 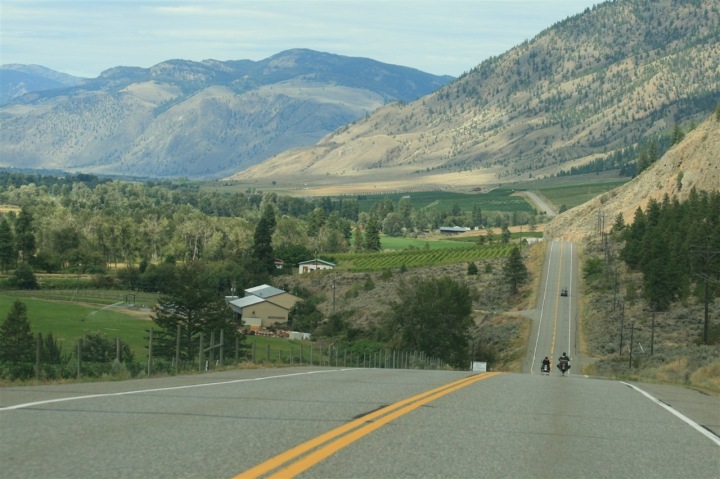 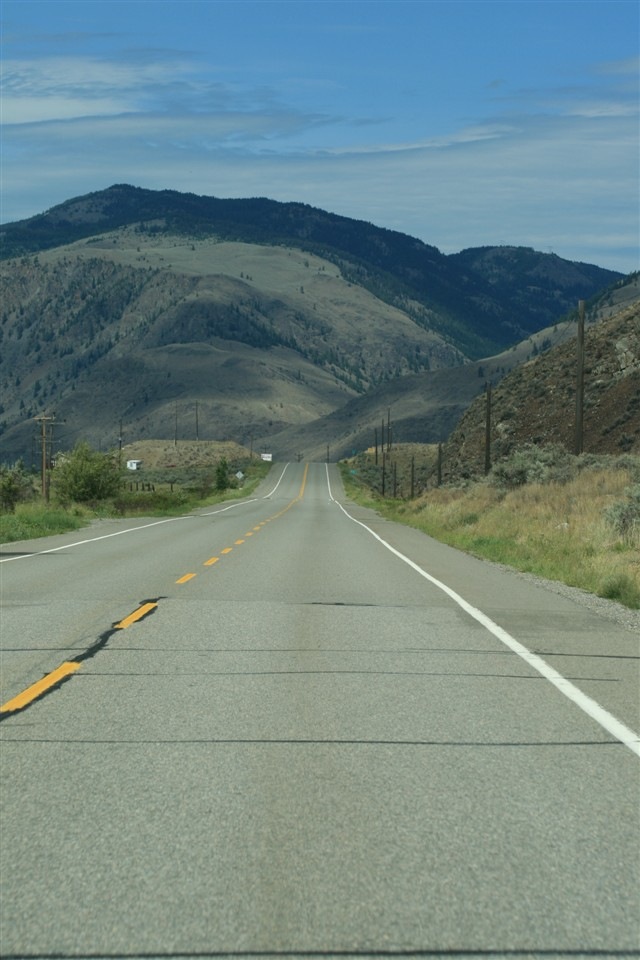 Eventually you make it to Yellow Lake, the last climb before about a 15-mile descent back into Penticton. 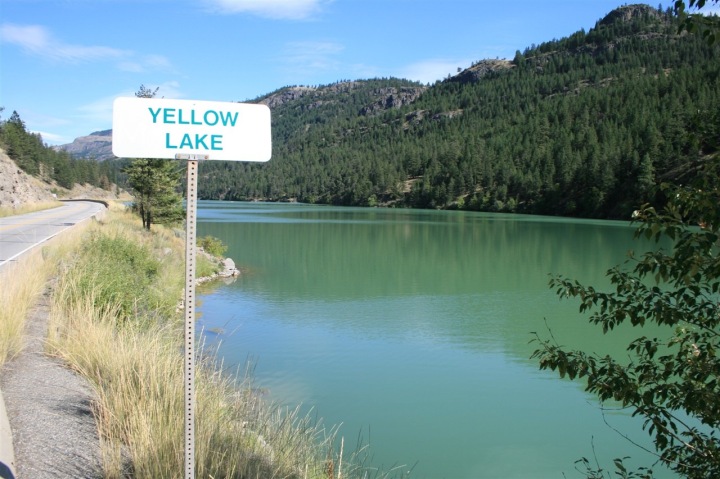 Here’s the view of Penticton as you glide back in the final few miles of the bike:

The lake where you swim is actually the upper one (you’ll have to click the picture to more clearly see).

After that, I took a short nap before heading to the Athletes’ Banquet.  It was cool, basically a free (for athletes) carb-heavy dinner with lots of neat things planned – like having the two oldest (78/77) and two youngest (18) athletes up on the stage, etc… 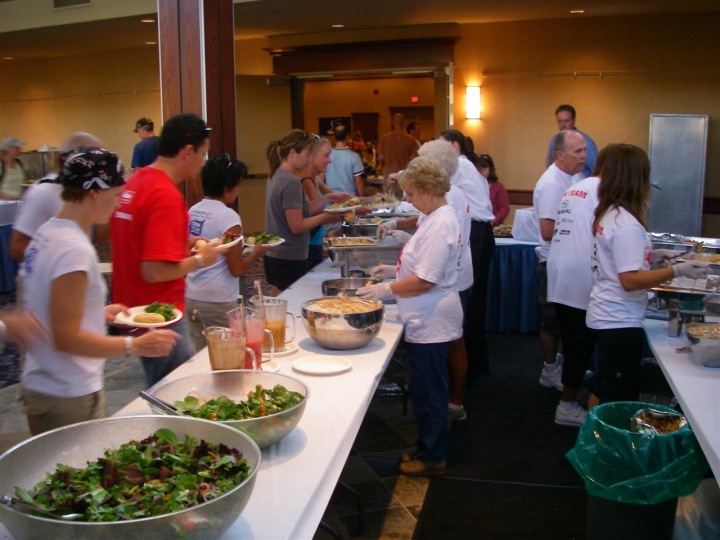 Of course, the volunteers are incredible – SUPER friendly and everywhere!  Aside from meeting up with some friends, I also got to eat dinner with some folks from Trifuel, which is a free forum for triathletes to share information. 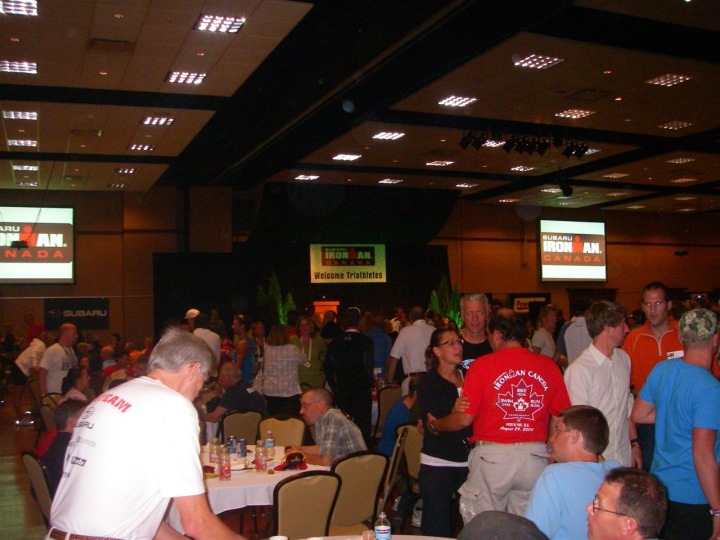 So with that, I’m off to bed!  Tomorrow (Saturday) entails packing all my various bike/run/swim bags, as well as bike check-in and registration for Ironman Canada 2009.  Plus the same swim/run schedule that I did this morning.  Oh, and I’ll mention it tomorrow as well – but I’m number 186.

Last but most certainly not least – thanks for all of those who have sent me e-mails and/or comments.  They really mean a lot and I truly appreciate them!