Well, after two days of travel – I have succeeded in arriving at the site of Ironman Canada.  In an effort to streamline this, I’ll try and keep it word-short, but mostly pictures.  My plan is to post each of the three days leading up (Thurs/Fri/Saturday), so for those regular commenter’s, don’t feel like ya have to comment – I know it can be tough.

I flew via Chicago out to Seattle.  Both my flights were some assortment of delayed, but I was comfy and it wasn’t too bad. 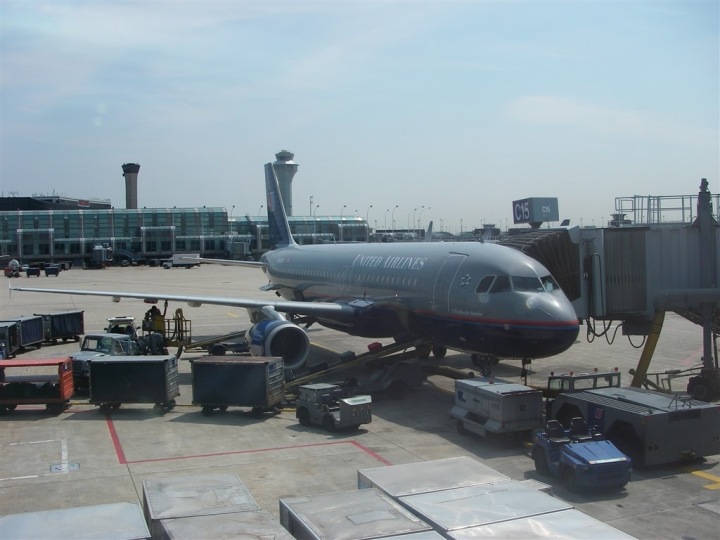 I left sunny Chicago and DC, and arrived to typical weather in Seattle: rain.  Actually, it was really pouring out.  Nonetheless, I went to the local pool near where I used to live (and where my parents live), and swam about 2,000 yards.  Had some VERY nice 500 yard sets tossed in, despite having !!!5!!! people in my lane. 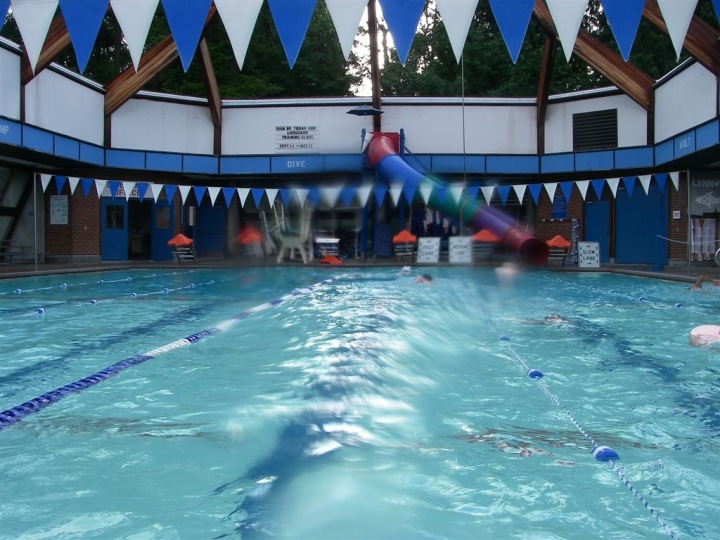 Yes, it was open-air, and yes, it was raining.  But given you’re going to get wet…does it matter?

Prior to setting off on our little adventure I had to figure out a way to pack 4 bikes into the car, as well as four peoples worth of luggage.  While we had a car carrier thingy on top (for skies mostly), I managed to get everything in – despite the doubters..  I was pretty excited about that.  Like a big puzzle. 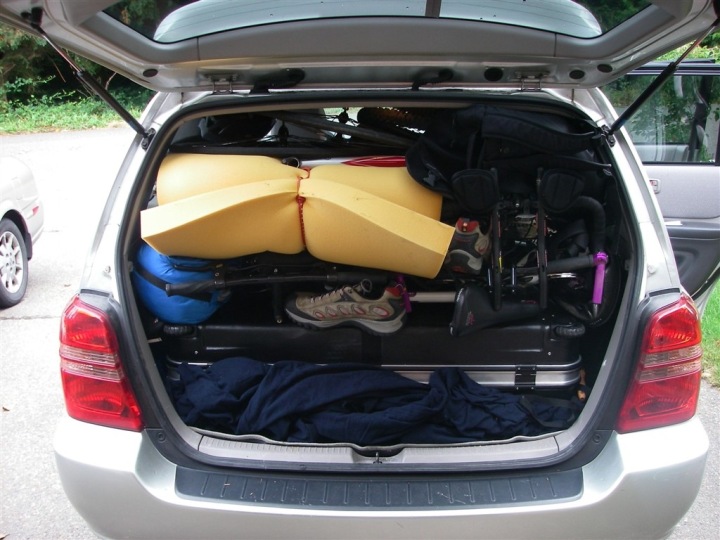 (Yes, there are actually four bikes stacked in there, in what is otherwise a small SUV, mine being safely in the case on the bottom)

After that, we were off!

My brother introduced the rest of the fam’ to a game called “My Cow”…which, was actually relatively engrossing.  Basically every time you see a group of cows (be it in a barn, field, etc..) – you call out ‘My Cow’.  Each set of cows gets you one point.  Now if you see a cross by the side of the road – then you get to ‘kill’ one of the other persons cows (thus reducing their count).  And if you see a cemetery by the side of the road – you get to kill all of the other persons cows (just one person).  My dad was in the lead with 16 ‘My cows’, until he accidentally called a big stump as a cow.  No more cows, you lose them all.  Yes, it’s an awesome game. 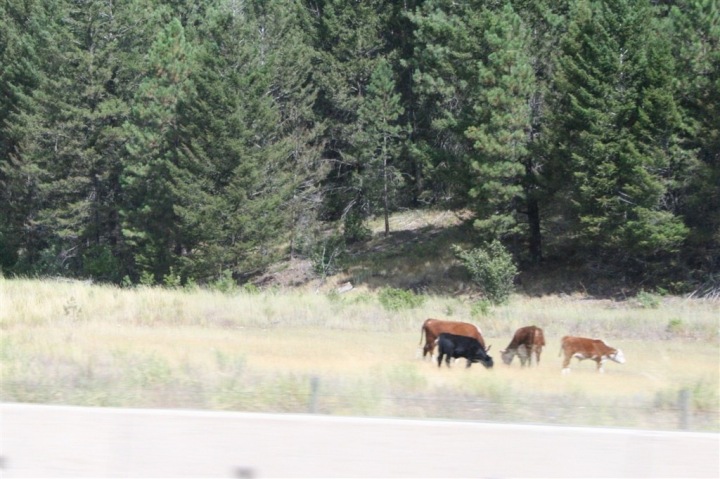 From there we wandered up to the border, and through a bunch of mountain passes, working our way towards Penticton. 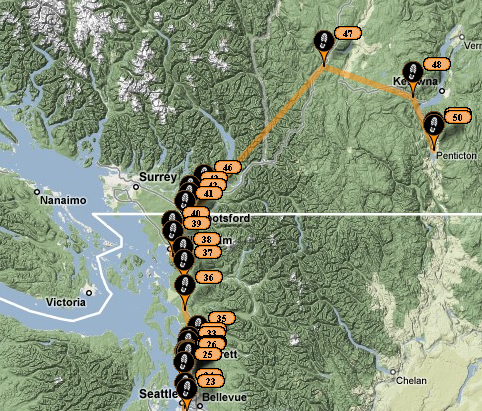 (Nevermind the little loss of spotage between 46 and 47…) 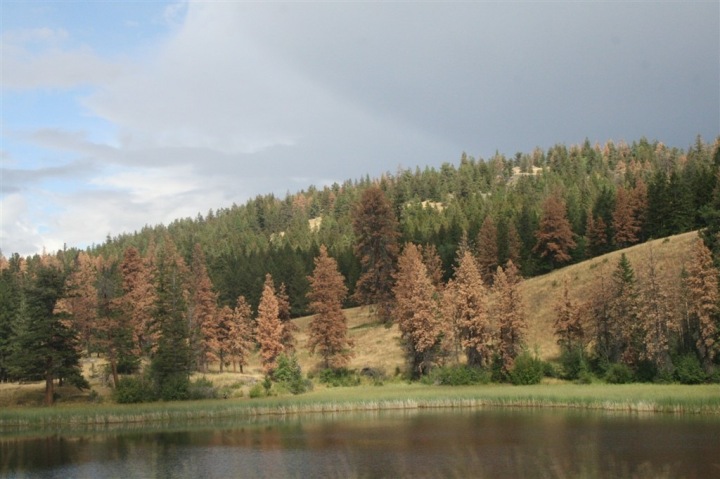 Sometimes it was nice and sunny (above) 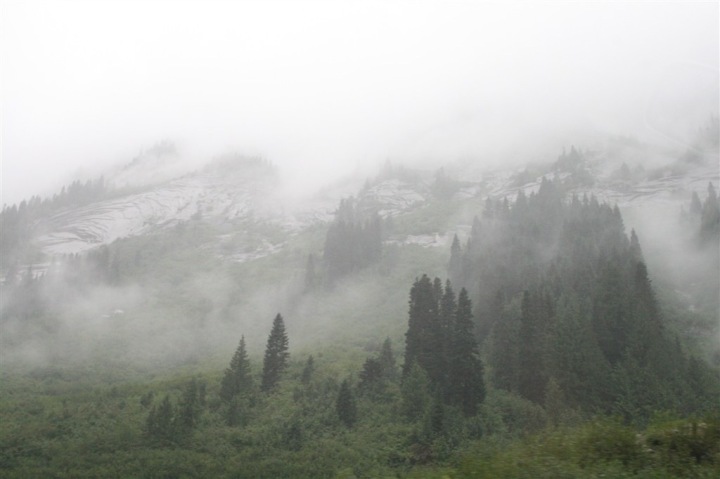 And sometimes it poured and was foggy.  And then it would get sunny again. 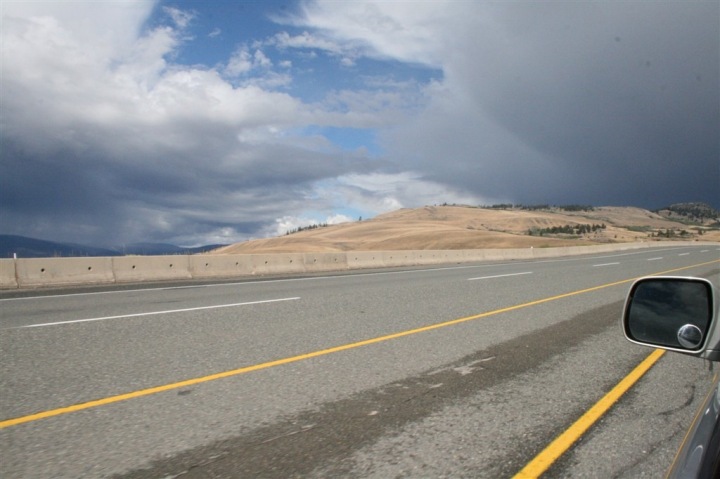 But even when it’s raining, the Canadians know how to have fun (here’s a toll booth way up in the mountains at like 3,000ft). 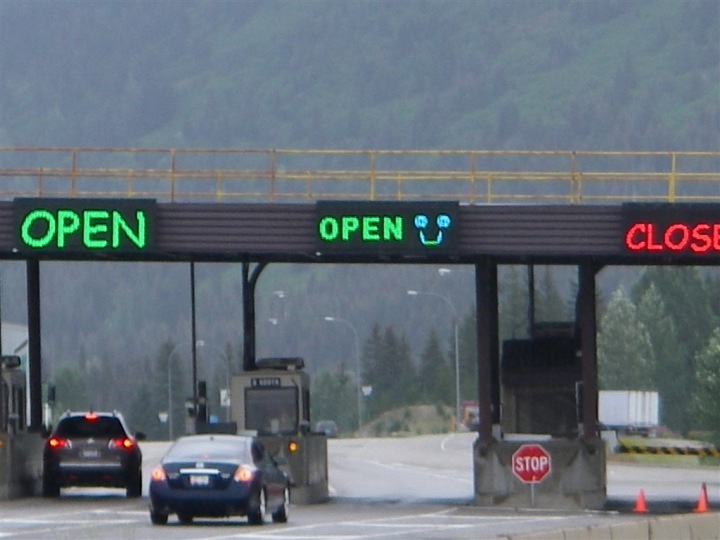 Eventually though…we made it to Penticton – where it was and currently is sunny. 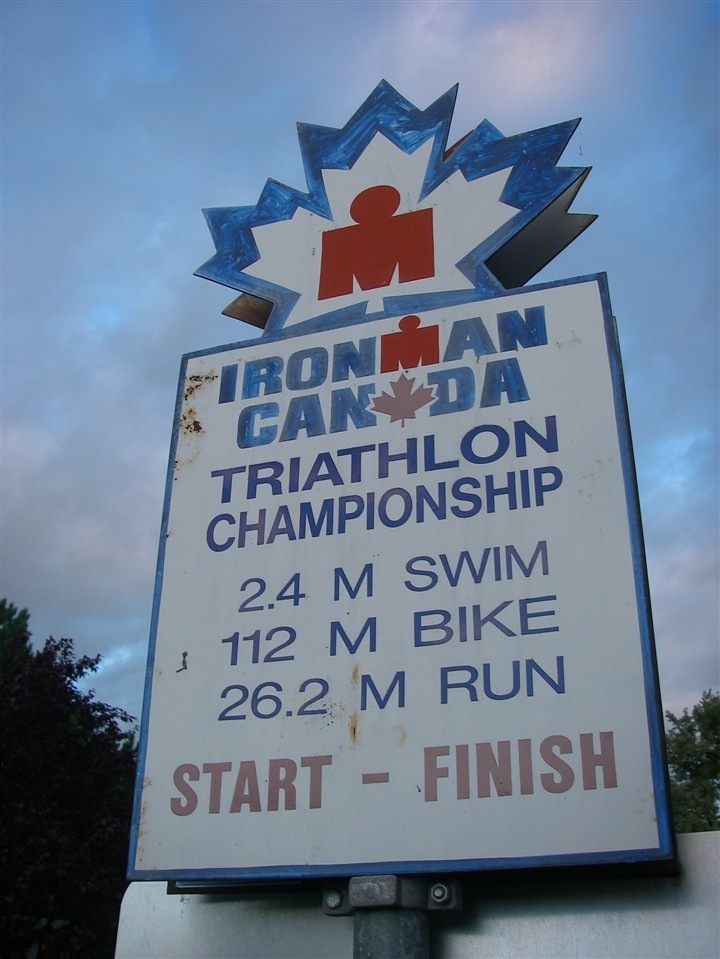 I went for a 30 minute bike ride with my dad – mostly just to get the bike put together and ensure everything was working optimally.  We ended up at the lake front where the race starts and ends.  There was a 5K going on this evening, with a 1K for the kids.  Here’s the kids 1K: 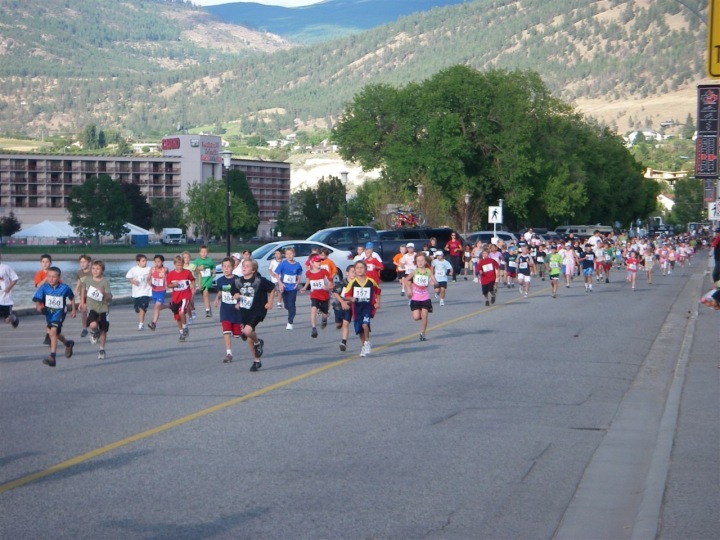 And then there was a 5K for the adults (and any kids who wanted to) – it was just an open (but bibbed) fun run…some people had a lot of fun: 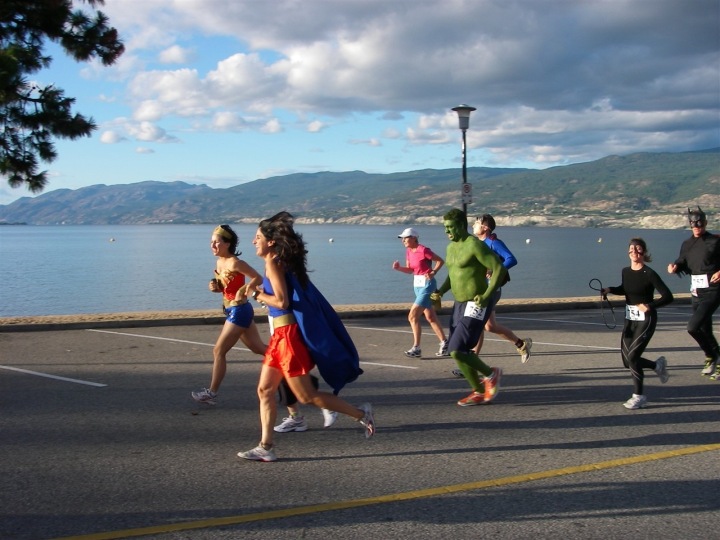 After that, it was a bike back to the hotel and dinner.  Next up – registration tomorrow and a swim on the course!  Plus, probably a drive of the course. 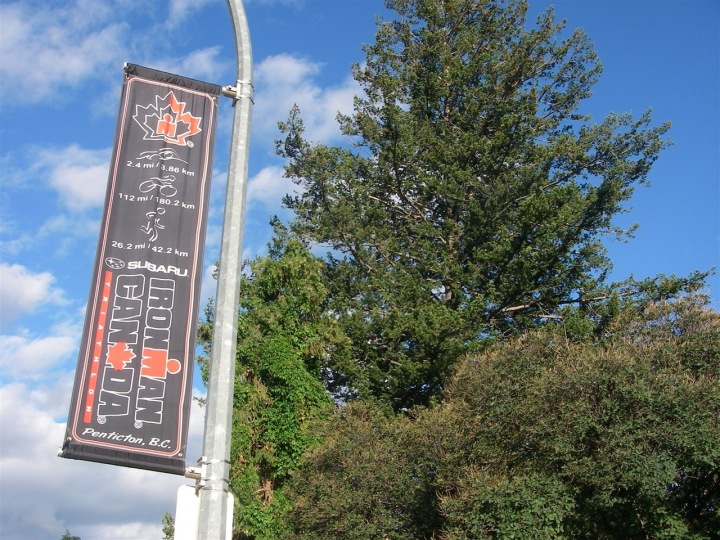