Per the schedule: “Rest and Recover”

Before we can get to the rest and relaxation part, we gotta get through the less than relaxing part.  But it was pretty fun!

Ok, well, actually, back to rest and relaxation first.  Friday evening post-long-swim, the Girl and I and some friends went to the Nat’s game (that’s the baseball team for you non-baseball folk).  The weather turned out great for it, despite my current streak of it pouring for every Nationals game I’ve gone to. 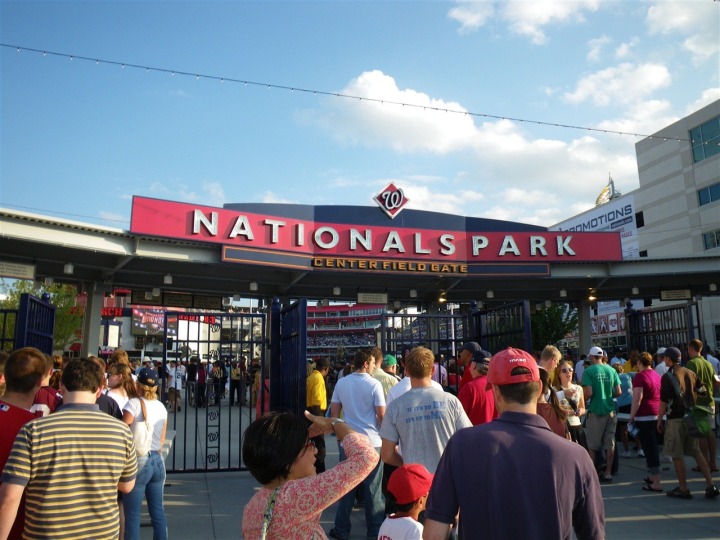 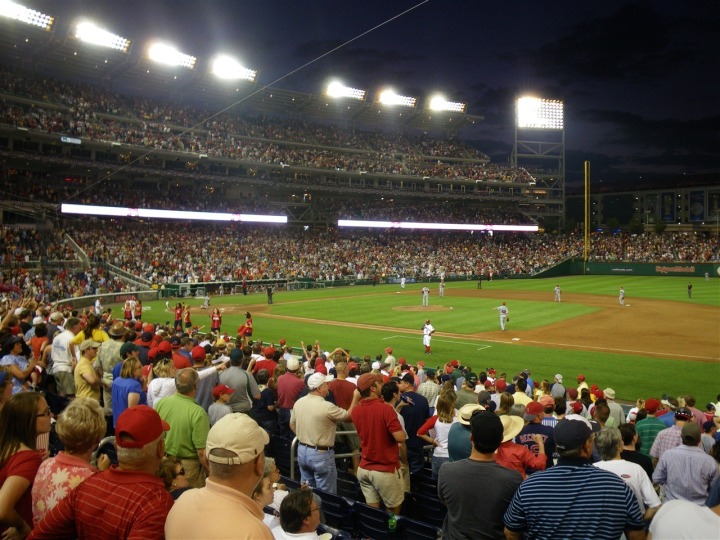 Early Saturday morning (well, actually, this time they arrived at a reasonable hour into close by DCA instead of far away BWI or IAD), my parents arrived for the weekend.  After a nice breakfast with the girl in Alexandria, we headed down to Prince William Forest National Park to get in our short brick workout for the day.  By ‘we’, I mean me – the girl, and my parents.  With my Mom also doing the run portion of the brick in preparation for her first tri later this summer, while my Dad cycles his way towards his first century ride later this summer as well.

My workout consisted of three loops around the 7.1 mile main scenic loop, which is a combination of a few miles of up and down hills and then the remainder of the miles in a shallow false flat (climbing).

Though, this wasn’t just a normal Z2 long ride effort, instead it was a set where each loop increased in heart rates to a higher zone.  So, the plan was:

And with that, off I went.

The second loop came in at 19:47, or 21.6MPH.  By far the fastest split I’ve ever recorded there, so I was super happy about that, especially since I wasn’t even riding race wheels.  But… 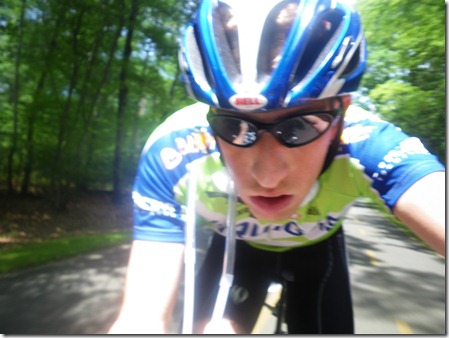 (Sorry, not a great pic…but I was working my ass off)

…I wasn’t done yet.  I still had one more lap to do.  And on this last one I knocked out a 19:44, edging out my just established record by a few seconds.  Of course, I did spend the last half a mile going a bit easier to prepare for the upcoming run transition.

Speaking of the run…I had a short 35 minute run that quickly built up through the following zones:

One little twist though…I decided to take along my semi-new Camelbak.  I’ve found though my recent runs that I am really significantly faster and more in control of my hydration and nutrition when I’m carrying the Camelbak.  Even though it was only 35 minutes, I wanted to see if it would fair as well in a much faster paced tempo run as sort, as well as just how it would feel running off the bike with it.

While I could simply type out how the run went…I think this picture accurately describes it:

Booyeah!  That’s all there is to say about that run.

Oh, and I’m about 80% sure I’ll actually run this weekend’s Rhode Island 70.3 race with the Camelbak.  The extra weight will easily be negated by being in complete and total control of my hydration and nutrition strategy.

Later on Saturday night we rambled on bikes to watch the big 4th of July fireworks over DC.  We stayed on the Virginia side of the river, but we were still plenty close for the action. 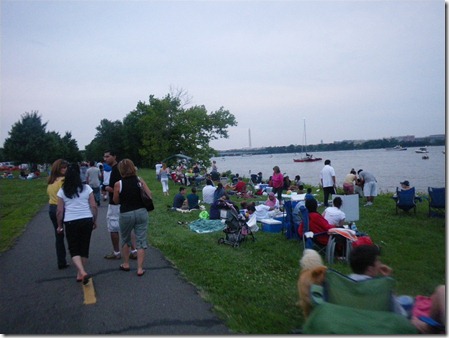 That’s the Lincoln Memorial lit up across the river, with the pile of bikes on this side of the river. 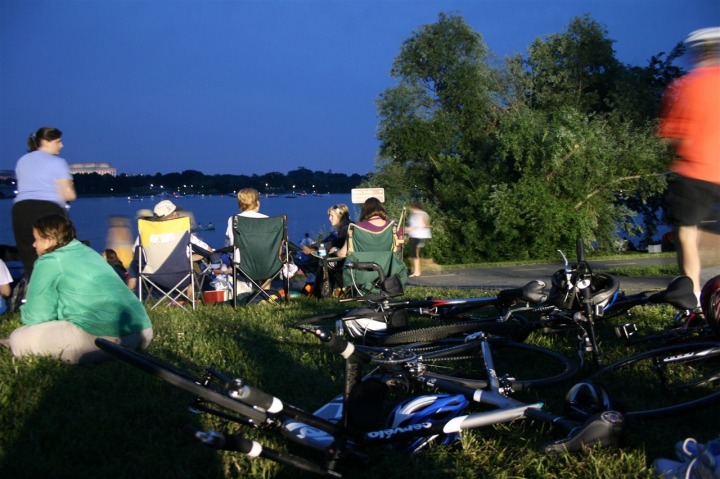 Many many people both walked, ran and biked down to watch the fireworks… 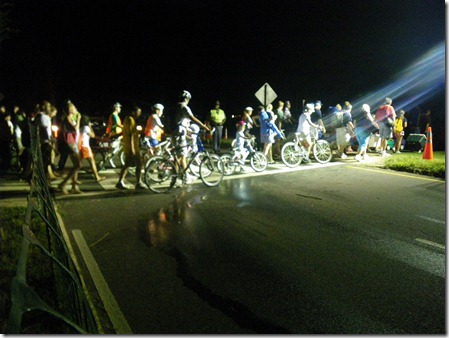 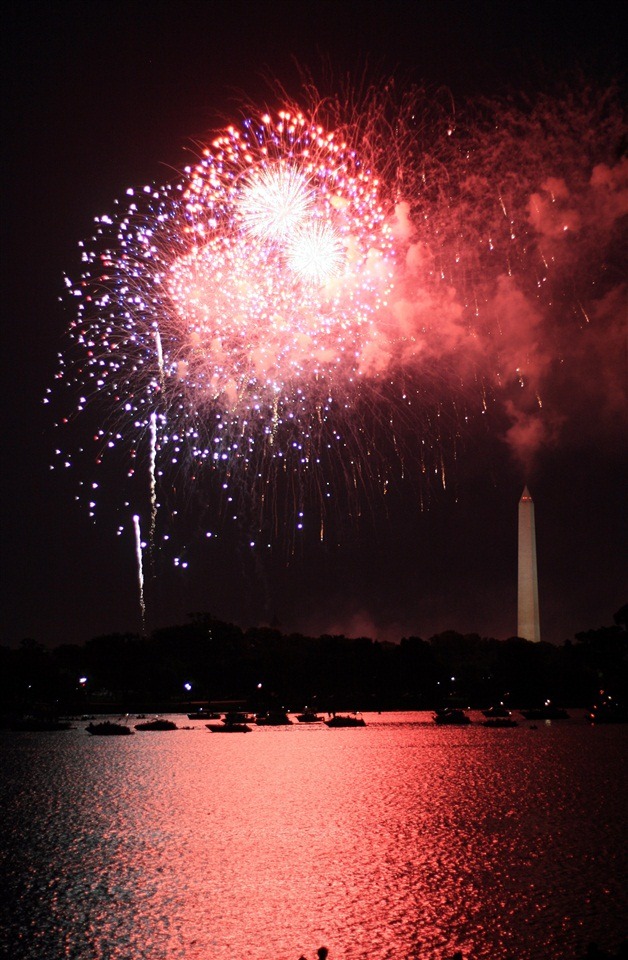 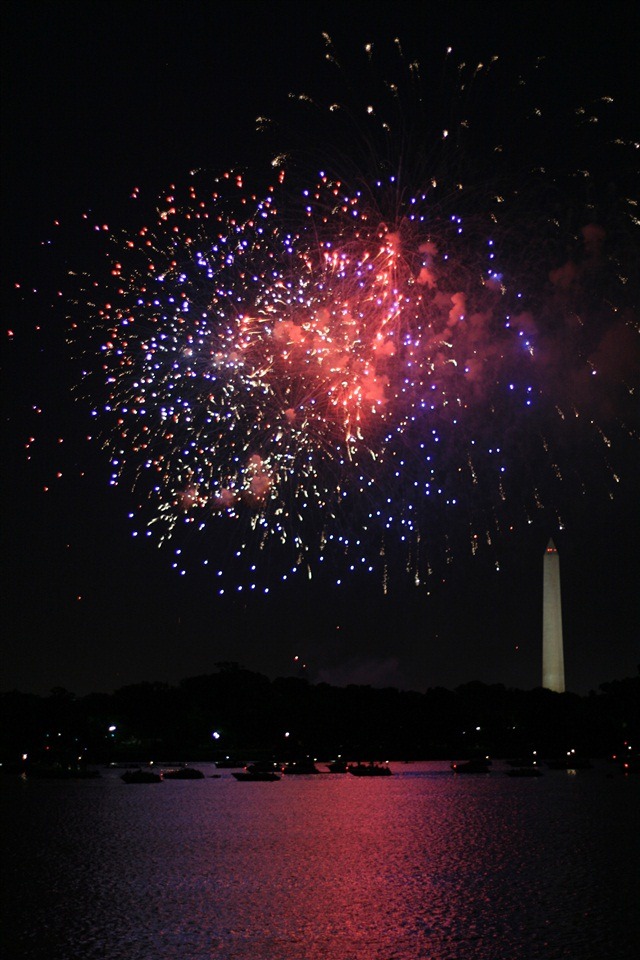 …oh, right – the purpose of my post: Rest and Recover

See, on my official schedule for Sunday, it had the following:

So what did we do Sunday?

And at the end of the day, the parents, the Girl and I made some food on the BBQ: 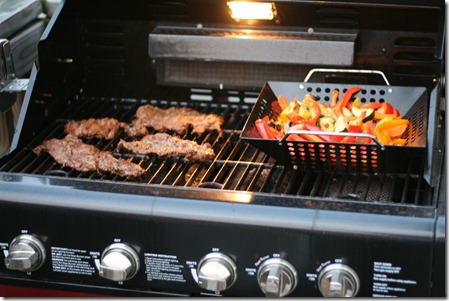 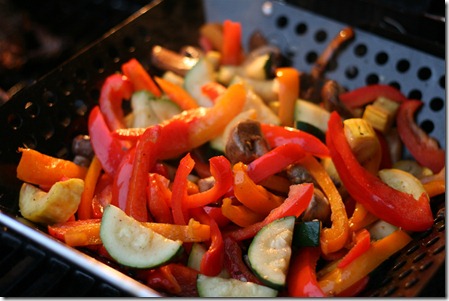 So, that was my relaxing weekend.  Now I’ve got a week’s worth of sweet bricks ahead of me leading up to the big dance on Sunday.  More to come…