Like almost every other company in the sports technology world, everyone is here at CES.  And that’s true even when you don’t actually have a booth, such as the case with CycleOps/PowerTap.

Despite the lack of floor space I had the chance to catch-up with them, and in doing so complete a bit of a handoff of two early beta products that they’re working on.  Of course, this isn’t all they’re working on for this year, but it seems like a good way to kickoff 2015.  Let’s get right to the goods.

The Joule GPS with Bluetooth Smart: 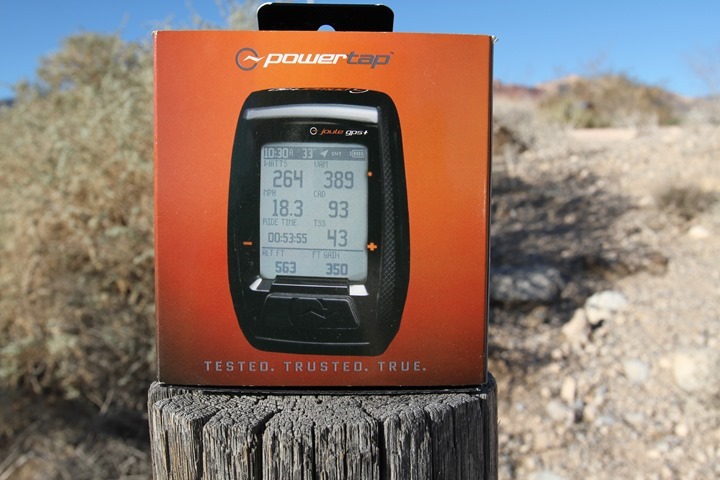 First up we’ve got a revamped version of the Joule GPS.  This update is primarily focused on two areas – Bluetooth Smart connectivity and GPS acquisition.

The first portion – Bluetooth Smart enablement – is covering two different scenarios.  One of which will be enabled at launch and then the second later in the year.  Up front at launch the unit is enabled to sync with your mobile phone via the PowerTap Mobile app.  This means that you can go ahead and download your ride straight to your phone via Bluetooth Smart. Then from there you can sync the ride data to sites including Strava, TrainingPeaks, MapMyRide and others.

Then, later in the year (Q4 2015) they’ll be enabling the ability to connect directly to Bluetooth Smart sensors (such as power meters, heart rate straps, speed/cadence sensors/etc…).  They’ve future-proofed the device a bit by including the hardware upfront to do this, but they won’t have all the software components in place at launch to enable it.  Still, it’s certainly better to stash the hardware in there now and take advantage of it later via a free firmware update. 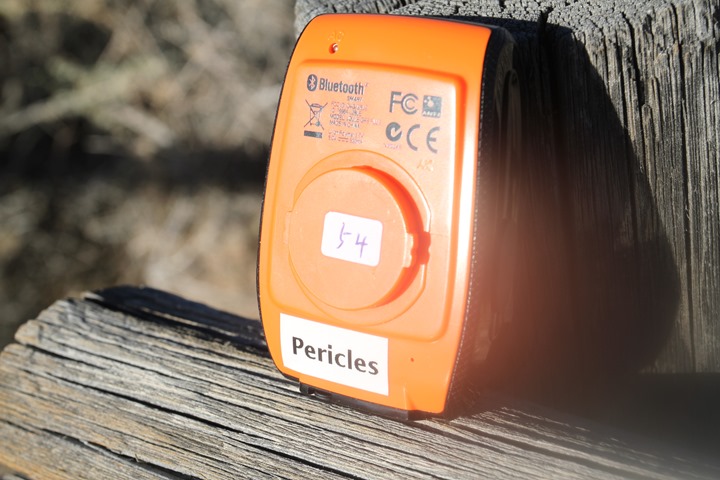 In addition to all of that they’ve also added the ability to turn off the Auto Start function and go to pure manual control.  This is something I’ve never much liked in the past with the CycleOps units in that I want to manually start and stop my rides and not have it be dependent on autosensing.  With Auto Start off, you’ll use the minus (-) button to control the stop/start function, while the plus (+) button will iterate through the dashboard metrics.  Wootage!

Finally, the unit is planned to start shipping late February 2015 with a retail of $249US, or, you can get the PowerCal included for $329US. 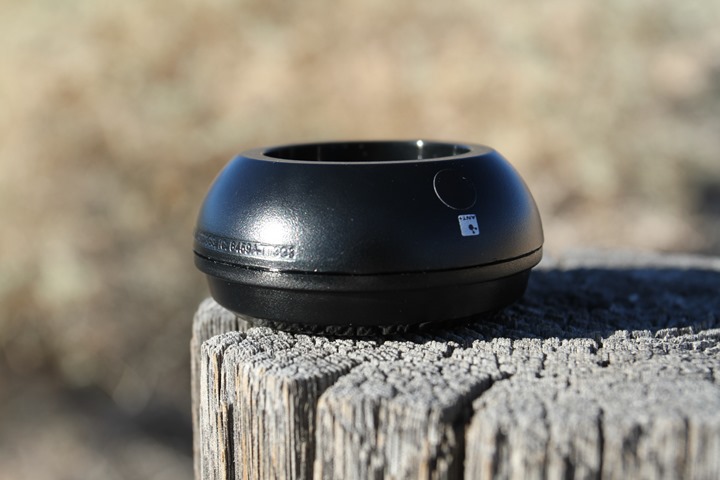 Next we’ve got a new higher speed PowerTap cap, also known as the PowerCap.  This cap slots onto any of the G3 PowerTap wheelsets to allow you to transmit power at a higher data rate over ANT+.  It’s the same concept as the other PowerTap caps such as the ability to change from the ANT+ cap to the Bluetooth Smart cap.

With the PowerCap, the unit will broadcast over ANT+ at up to 4Hz (aka four times a second), which is an increase from the more common 1Hz (one time a second).  The exact broadcasting rate depends on the speed of the wheel, but they noted that it’ll top out at 4Hz at 12MPH.  Since the majority of us ride faster than 12MPH (except up crazy steep mountains), it’ll work out just fine.  And, for those going slower than 12MPH on said mountains…let’s be honest, high speed power data won’t matter much there anyway.

The idea behind the high speed data rates is to provide more resolution for certain applications where athletes want power data to be captured better and with more detail.  A common example is track starts.  They’re currently testing the higher speed data caps with some Olympic track programs and taking feedback from those entities on how to improve it.

Of course, there is an element here that does require a head unit that can record the higher resolution data (beyond the Joule GPS).  For example, while a Garmin unit will pair just fine to the high speed data cap, it won’t actually record any higher resolution data than the 1s data Garmin does today (like every other unit on the market today, except SRM at .5s). 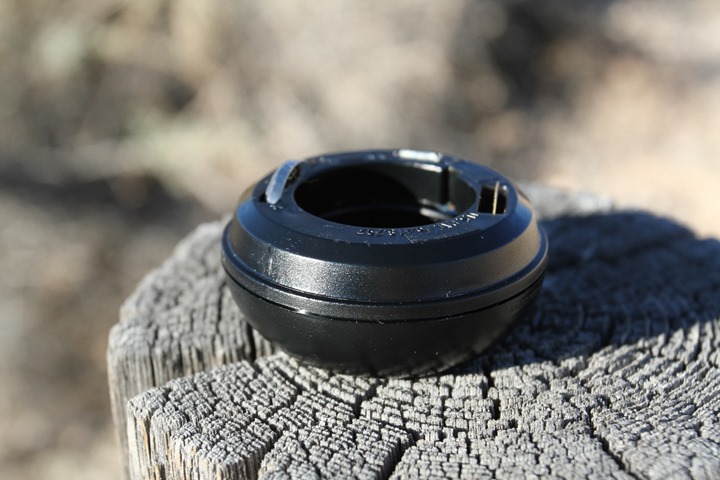 Still, I think this is just the beginning of higher speed data.  It was discussed this past year at the ANT+ Symposium in September within the Power Meter Technical Working Group (TWG), and it’s also been a topic of conversation within the bounds of the Bluetooth Smart side as well.

Many power meter companies are interested in this, though it will certainly take more than just transmission.  It also takes capturing the higher data rates as well as the software tools to analyze them (i.e. those such as TrainingPeaks).

Finally, they don’t yet have a specific timeline for release, nor exact pricing for the PowerCap.

With that, feel free to drop any questions below and I’d be happy to track down answers.