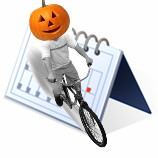 DCRainmaker.com posts this past week:
Tons of interest this week in the WTC cancellations post – so definitely check out that post. Good stuff abound!

Monday: Some of my favorite Chicago Urbanathlon photos
Friday: All checked in and ready for NYC Urbanathlon!

This week I was featured in the Washington Post – pretty cool stuff.  I was talking about runner tracking technology for events like the huge Marine Corps Marathon, which happens Sunday morning in DC.

Check it out!  And be sure to read onto page two as well!

1) Electronic Shifting is here…now what?  A good article from Cycling Tips looking at what’s coming next down the electronic shifting pipeline.  In addition to the items they mentioned, I’d love to see more data integration with head units there.  For example, it’d be interesting to see if over the course of an Ironman race if athletes become lazier in shifting, resulting in sub-optimal gearing.  This could be accomplished fairly easily via ANT+.

2) A really good explanation of the really complex 2012 London Olympic Triathlon Spot System: Do you know how slots are handed out for next year’s Olympics in the triathlon event?  Even if you think you know I’m willing to bet you might not realize all the finer details.  Definitely check out this post from pro triathlete Ben Collins on how it all works.

3) Bluetooth Low Energy (BTLE) now…Bluetooth Smart…or something like that: There’s little doubt that BT 4.0 has arrived in a big way, ushered in via the iPhone 4s.  And sensor devices are right on the heels (more soon on that).  But this really confusing new naming chart doesn’t help the situation.  I’m still trying to figure it out.

4) Bicycle funding bill being presented this week: Worth a look if you value some of the funding that helps bicycle projects here in the US. Has a nifty little support form and all.

6) Why Open is Better, post from Wahoo Fitness: That last few days have been interesting. Lots of commotion around Garmin’s recent iPhone dongle release – the majority of it coming from fairly angry ANT+ companies.  But they aren’t actually upset about a Garmin product, but rather Garmin’s implementation, which is only really achieving one goal: Fragmenting ANT+.  I haven’t decided whether I’ll write a post on it explaining why…perhaps if there’s interest.  Sure, Wahoo has skin in this game, but actually they are probably the least concerned of all the folks I’ve chatted with.  In the meantime, this post from them gives some of the basics of why open is better than a fully closed off accessory.  After all, that’s the whole point of ANT+: Open.

7) Triathlon in the high school: Awesome to see a full-blown class dedicated to triathlon effectively being a course in a public high school.

8) New iPod Nano Distance/Pace Accuracy Post: I recently picked up one as well, and will be adding it into my runs here soon – simply curious to see how accurate the accelerometer based unit is.  In the meantime, check out this post.

10) A bike that plays records: Crazy!  But yup, it’s got a record player on the back.  But no, I can’t think of a practical use for it.

11) Aerial footage of cyclocross race: I wish I had one of these RC helicopters. And a place to fly it.  Cool stuff.

Good luck to all those racing this weekend – and in particular the folks racing the Marine Corps Marathon.  Have a great time!