A DC weekend of Cyclocross and assorted new products

We’re going to start with Cyclocross, merely because that’s the most recent thing on my mind.

This morning I went up to DCCX – which is the DC Cyclocross event held within the district at the Armed Forces Retirement Home.  I’d actually never been to that specific piece of DC before, and was fairly amazed at how nice the grounds are.  Think golf course meets older majestic homes meets national cemetery meets giant park.

It was entertaining at times to see the craziness of cyclists flying by…with a bunch of retired guys golfing a few yards away: 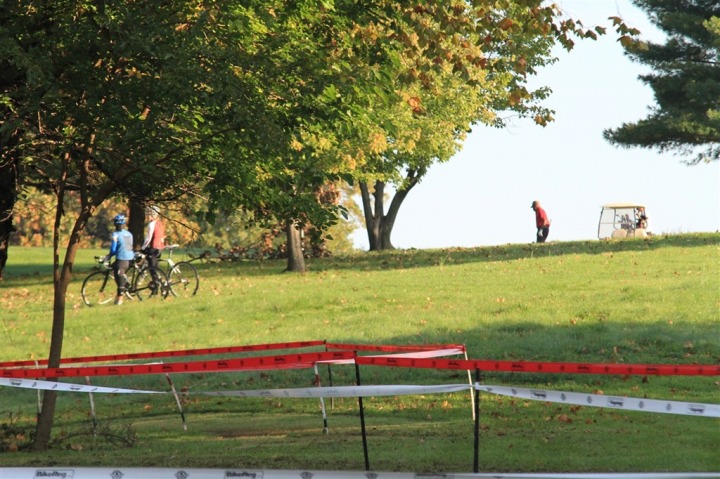 This would be my second cyclocross event, after seeing Crossvegas at Interbike.  While this was definitely a much tamer version – it was certainly just as interesting.

I watched about three hours worth, all assortment of categories and divisions.  It’s fascinating to see the mass starts of upwards of 125 people, and then it disperse quickly in a winding course of sharp turns and quick ascents and descents.

Some of those descents, like below, where a bit too much for some riders (see crash to left): 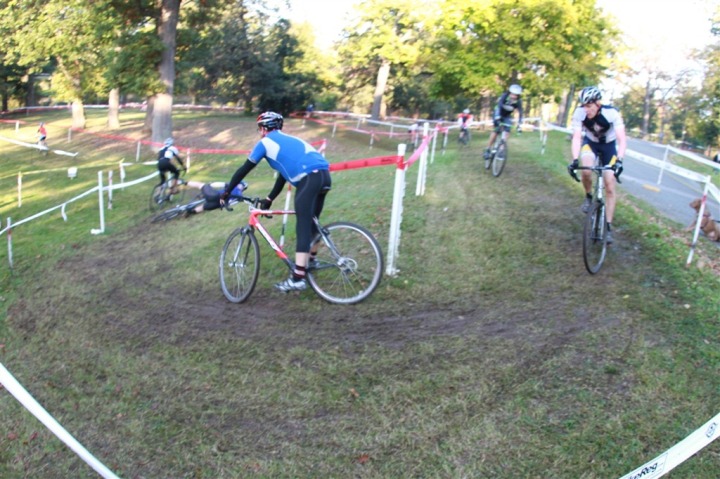 And of course, with cyclocross comes the boards to run/jump over: 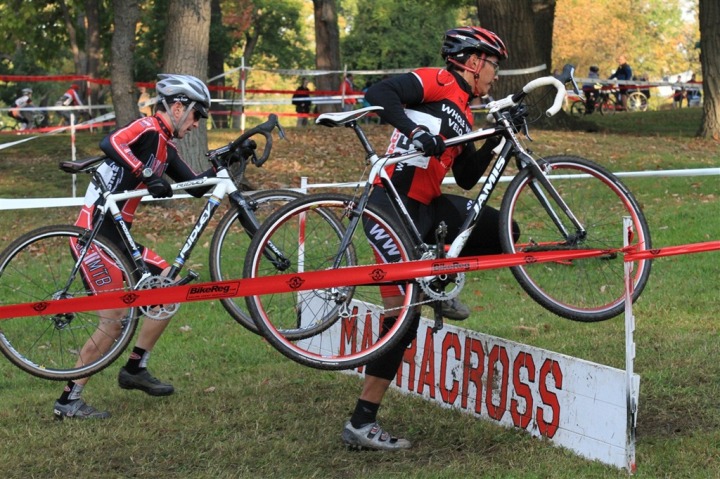 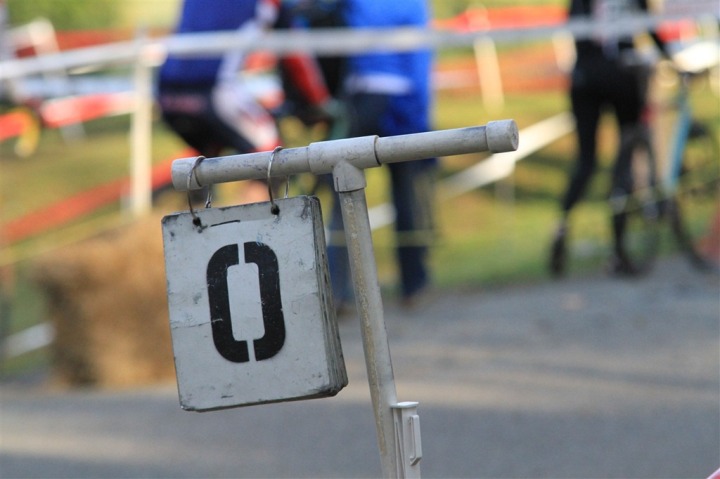 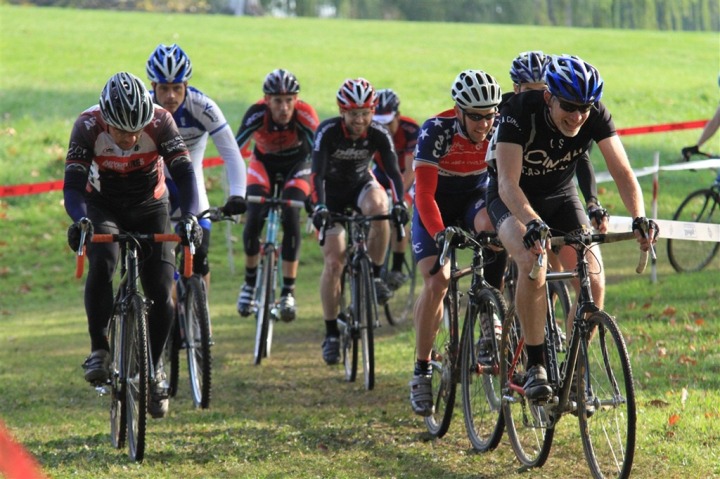 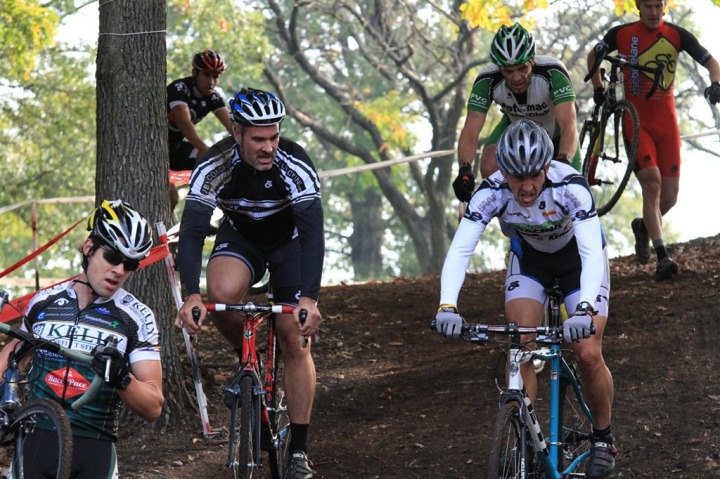 In my mind as a spectator – perhaps the greatest thing was just how much variety of food vendors there were.  While the below photo I took is of Baja Fresh (a chain), the majority of vendors were small home businesses offering awesome good eats.  These guys have triathlons beat from the food/community aspect. 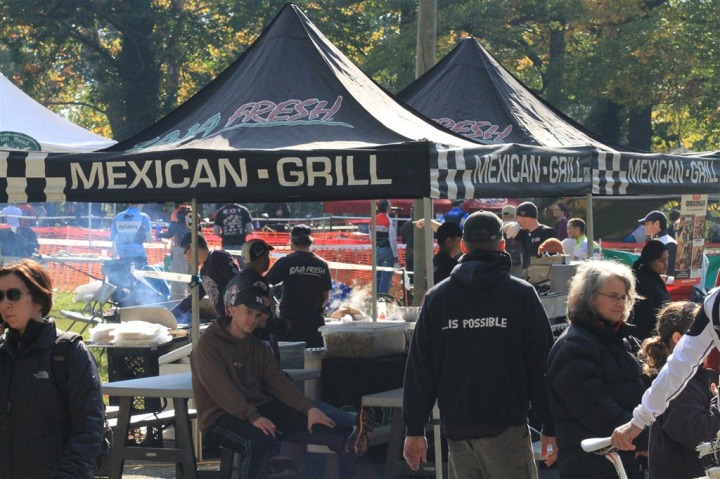 After I was done with Cyclocross, I went home and headed immediately back out for my own ride.  It was an amazing day in the DC area – with the temperatures in the 60 degree range, perhaps just nudging up against 70*F.  Awesome! 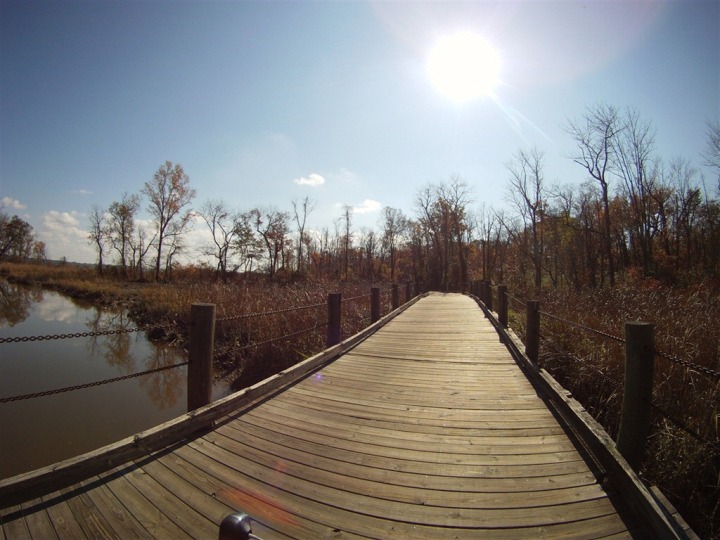 On my bike I had a new toy to try out.  Well, new to me anyway.  Actually, I had a few new toys.  First up was the Ergomo power meter. Some of you may be familiar with this power meter from days past.  The company has reinvented itself and the product from the inside out.  From the outside it still looks about the same, but has been internally redesigned to try and address many of the issues that folks had issues with in the past (durability, etc…).

They wanted me to get familiar with the current product so that as they look to make some updates to it beyond the internals, I could see the differences.

So my coach and I spent a large handful of time getting it all installed and onto the bike.  The below was during one of our test runs on the trainer…while re-reading the manual. 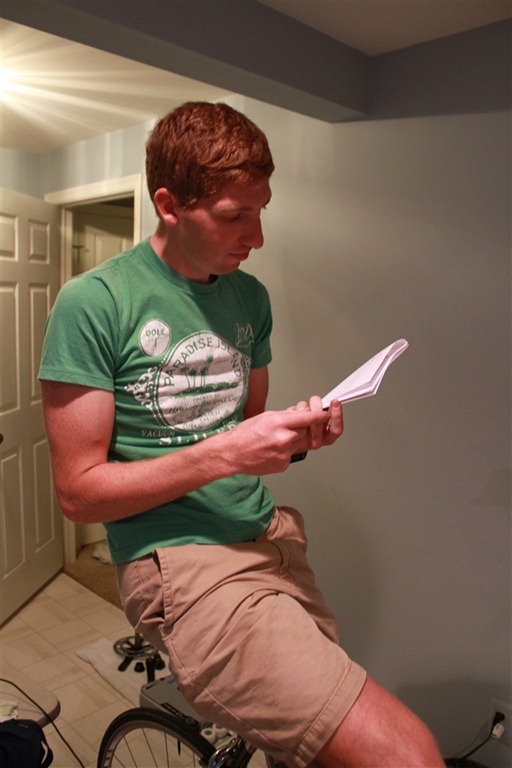 For those unfamiliar with the Ergomo, it’s a wired bottom bracket power meter that connects to a specially designed head unit.  You can see the current generation of product below, with the wired connection (those Ergomo geeks amongst us will note that the position of the wiring has changed slightly in the latest generation): 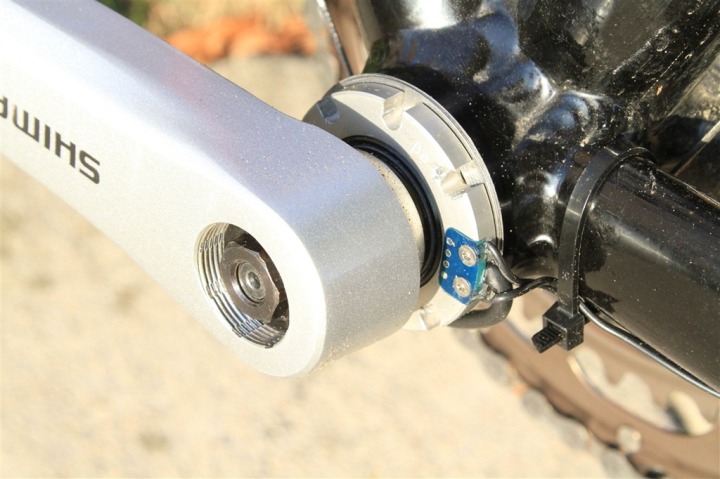 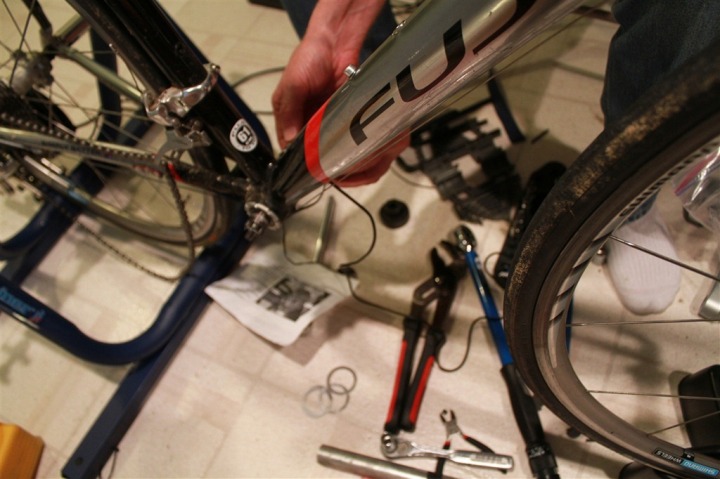 I installed it on my road bike instead of my triathlon bike, simply because it didn’t have a power meter already.  But we were doing testing against a CompuTrainer to ensure correct calibration/accuracy against a known source.  Because the Ergomo isn’t ANT+ at this time, I also ran my Edge 800 alongside to be able to track my route.

Because the Ergomo isn’t ANT+ that meant I couldn’t use my existing ANT+ HR strap to get HR data to that unit.  But fear not, you can use any legacy non-digital strap.  Oddly enough, a few units from a company called Runalyzer had arrived.  This company makes a dongle for the iPhone that takes in non-digital HR straps (like the older Polar ones) and ports it into your iPhone apps.  They also happened to include one of their branded analog HR straps.  So I used that: 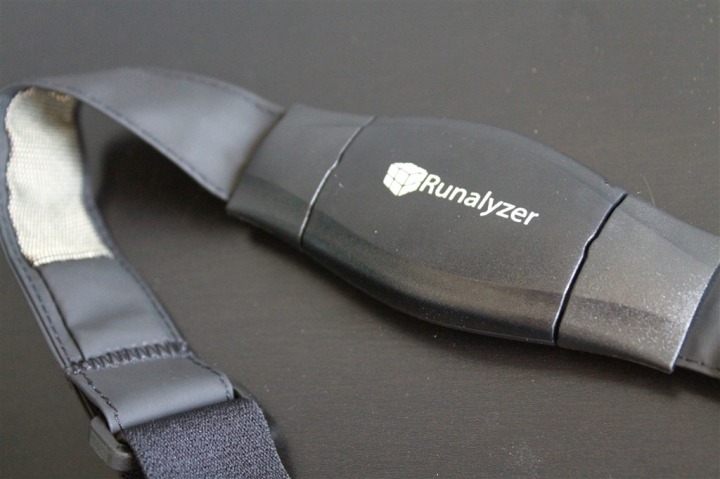 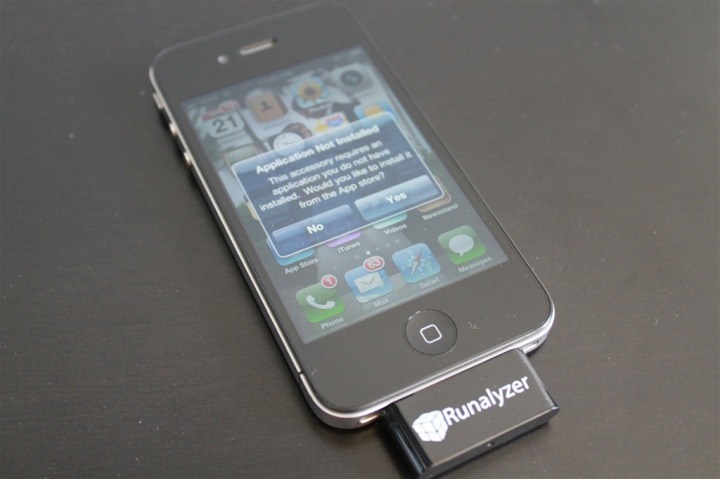 That strap worked perfectly.  So does the dongle, but I’ll be saving that for a future post.

Sure, it may look like a Garmin GSC-10 – but it has one key difference: No zipties ma! 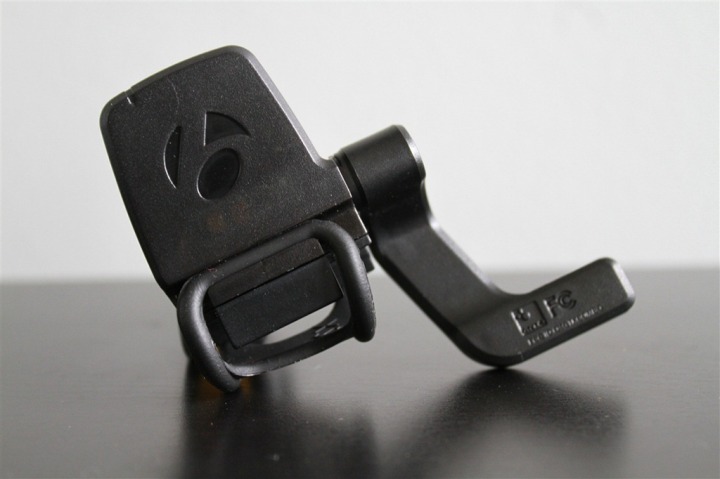 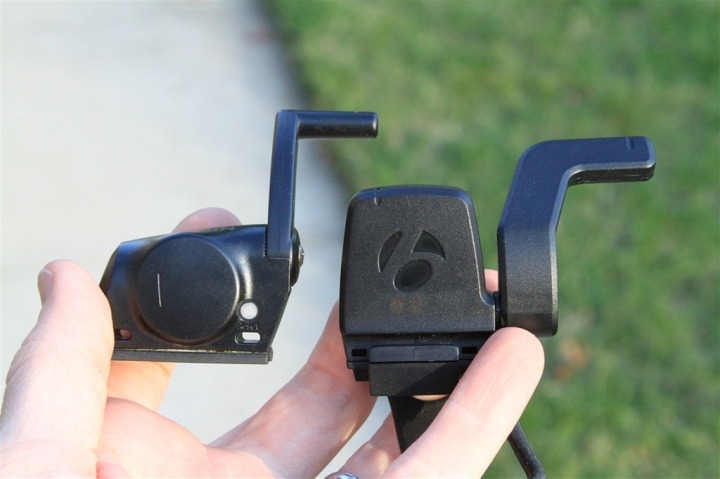 In fact, no tools at all required.  This is basically like the brilliance that is the Garmin Edge quick release mount kits – but for a speed/cadence sensor.  It’s got an industrial strength rubber band that allows super quick install.  The spoke magnet simply snaps onto your spoke (no tools required), and the crank magnet is just like the one that comes with the Duotrap system, which wraps around your crank like a giant rubber band.  Though this would require a wrench to remove your pedal temporarily. 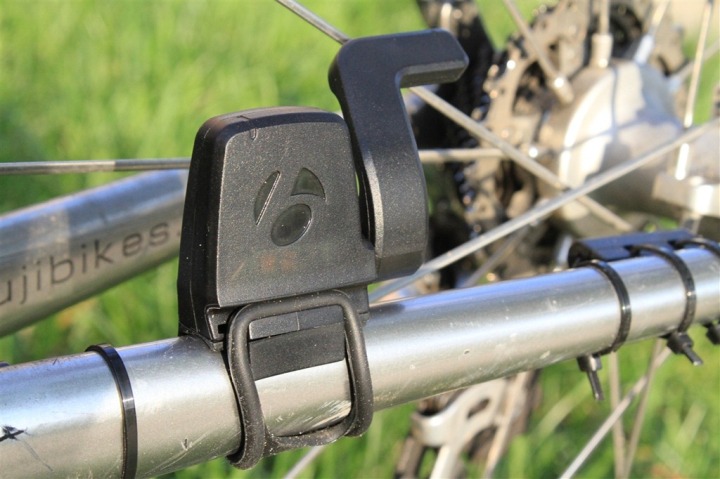 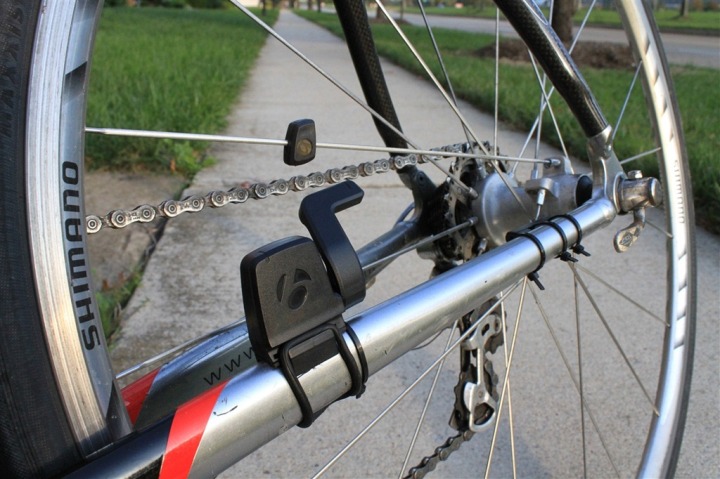 More on that in a few weeks…

Finally – last but not least on the tech front, some folks had asked whether or not the FR910XT’s accelerometer could be used to track paddling cadence while on a kayak when worn on your wrist.  Based on my tests this afternoon sitting in the garage below my kayaks with a paddle…the answer is no.

The unit only ‘noticed’ about 1/3rd to 1/4th of the total strokes I took each time I tried.  There is still hope for dedicated kayakers.  A new company has retrofitted an ANT+ sensor to the paddle that will measure cadence.  This is different from another company doing ANT+ work with kayak paddle power meters. 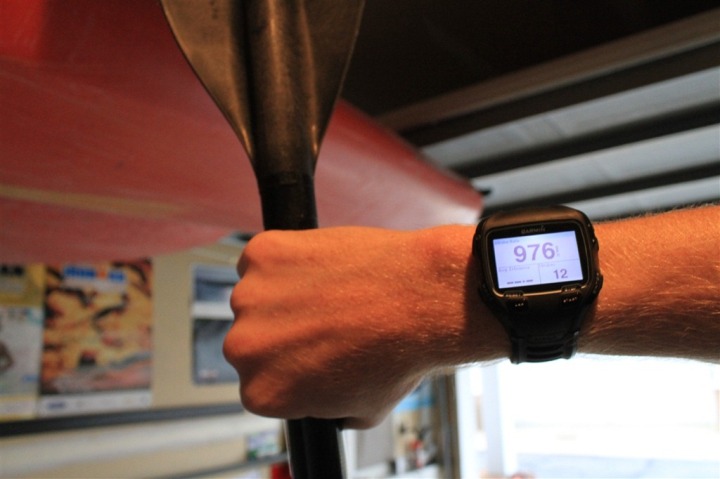 Now onto some important matters…items of food!

The Girl was busy making another crazy fancy cake this weekend.  This time a cake for a local triathlon team and their coaches that are having a baby shower.  As you might expect, there was a bit of a triathlon theme to it.  Here’s a sneak peak of a small portion of the cake.  The rest is over on her blog.  Really cool stuff.  I ate most of the scraps…and generally played kitchen gopher while she worked away the day on it. 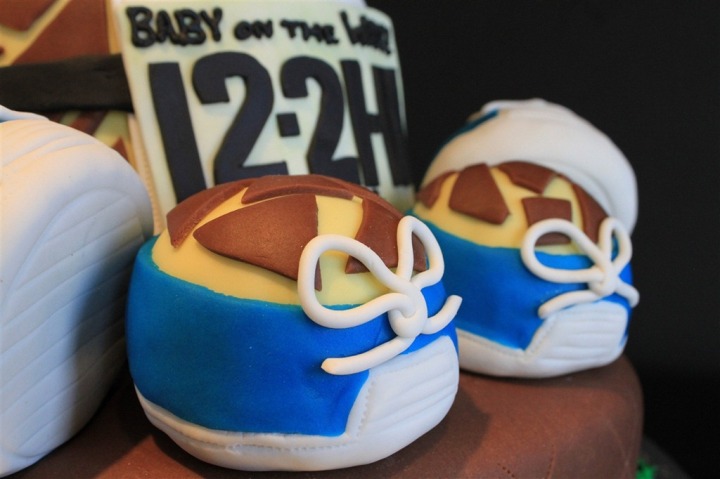 And finally…our dinner for the night.  We made fresh raviolis again.  Doing this as a tag team event we got it down to less than an hour.  Not too bad at all.  With a bit more practice I think 35-40 minutes is completely doable – inclusive of making/cooking the filling (three varieties of mushrooms with sautéed onions). 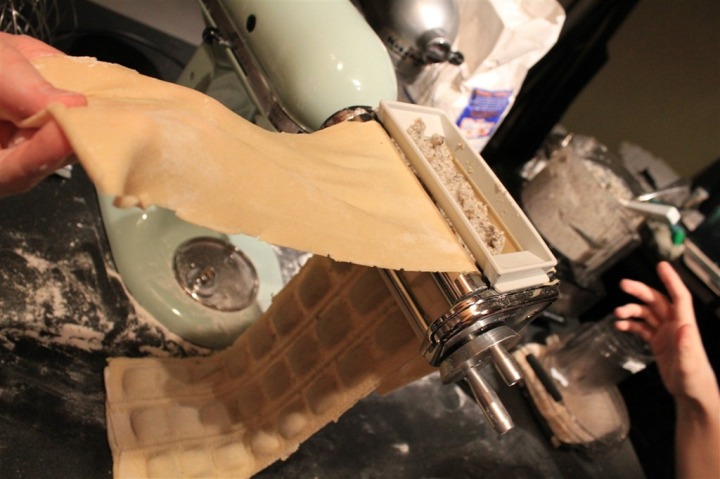 Sticker update! Thanks for all the interest.  I got the whole DC Rainmaker sticker request system up and running this weekend and some folks have been testing it out to make sure I’ve got everything automated so I can quickly get them out to you with minimal pain.  The plan is to offer it live on either Thursday or Friday, get ready to order…and the initial run quantities are somewhat limited.