Tracks, Timex Run Trainers…and a night at the Kennedy Center

To say this week has been busy so far would be an understatement.  A certain company is off going for a record on the number of product updates/releases in a single week, and I’ve been holding on trying to keep up.

But one brief moment of quiet was Tuesday night’s track workout.  As the weather has gotten cooler, this continues to be my favorite interval workout of the week.  Sure, Thursday night’s mile-repeats are fun and all.  But let’s be honest, doing a dozen mile repeats plus 3-4 miles of warm-up/cool-down it’s nearly as ‘normal’ as doing 10×800.

So off to do 800’s on Tuesday night we went.  By time we got there, the light was pretty slim.  Which was fine, since that also meant the track would soon be only ours. 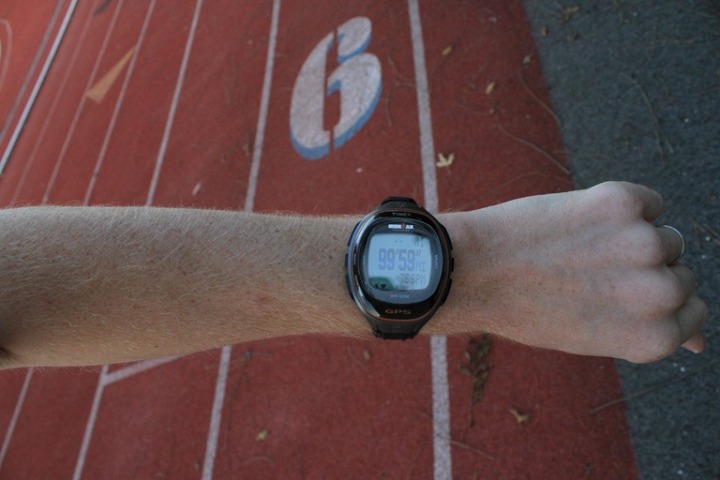 As is usually the case, my 800 pace hasn’t changed any – instead, merely the quantity of them has.  So I’m still tickin’ them out at 2:47 a pop.  The good news is that despite the increased quantity, they’re becoming easier and easier.  I would classify them currently as ‘pushed stable’.  In other words, if someone said to do another 5-6 of them, I could knock them out.  But if someone said to lop off another 10-12 seconds…that would be more difficult.

By time we were done, it was pretty much pitch black.  There are no lights at this track, the only light you see in the picture is a long exposure shot with a single parking lot light illuminating one corner of the track. 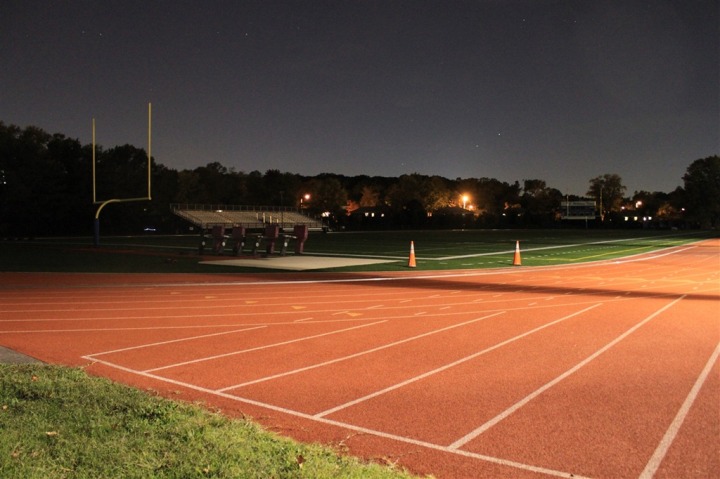 In fact, without a long exposure, this is what it really looks like (you can see the same stadium board there in the back): 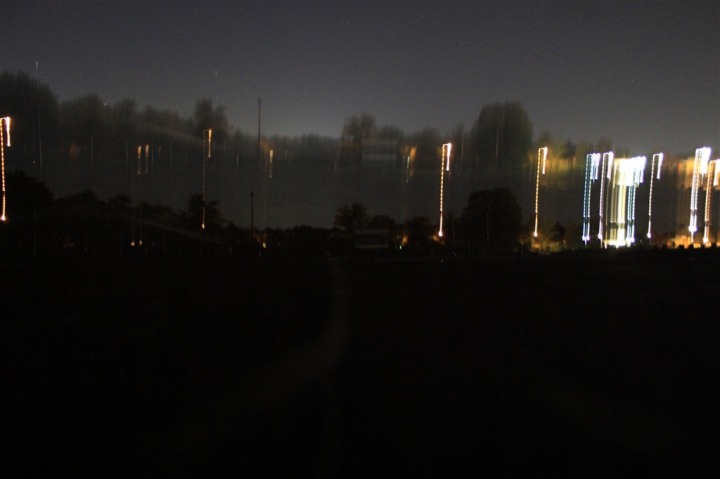 But…back to pretty shots instead.  This actually became a great opportunity to take a shot of the Timex Run Trainer’s backlight: 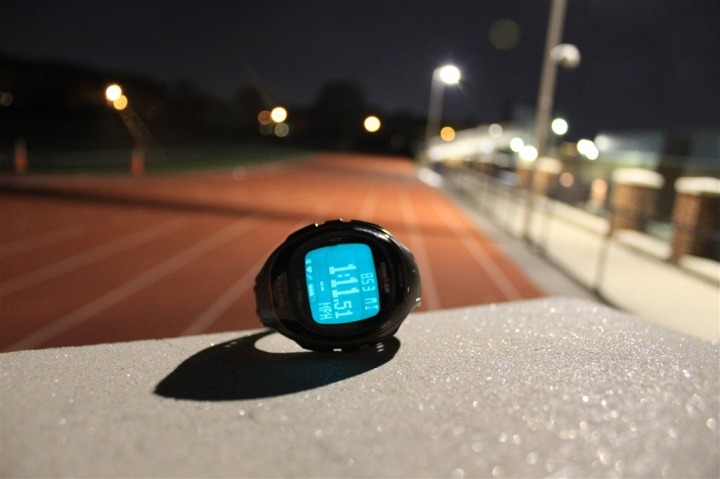 The watch worked without issue during the run, as it has for all my runs.  It is a touch bit bigger than the FR210 (it’s primary competitor), but it outclasses it in features (and waterproofing).

I know I had planned to get out an In Depth review this week – but some stuff got in the way of that, so instead it’s now good to go for Tuesday morning.  Yup, this upcoming Tuesday.  That way if you had a rough Halloween night, you can ponder ways to work it off reading the review Tuesday morning.  Of course, until then you can always ask all the questions you’d like and I’ll answer them.  I also posted some more unboxing photos the other night up on FaceBook.

Or, if you just want to look at pretty pictures – here’s another one:

Speaking of pretty pictures – let’s move onto something of the utmost importance: Dessert.

This evening The Girl and I went out to the Kennedy Center to watch a show (first time there to see such an event!), but before that we hit up our favorite restaurant in DC for dinner – Tosca.  This would be the one where we had dinner with the First Lady.  What, your new around here?  You don’t remember that?  Well, go get your read on.

This is their specialty – which is a Tiramisu, but served in a pretty unique way.  Amazing layers of all the typical flavors, but with both warm and chilled layers.  Awesome. 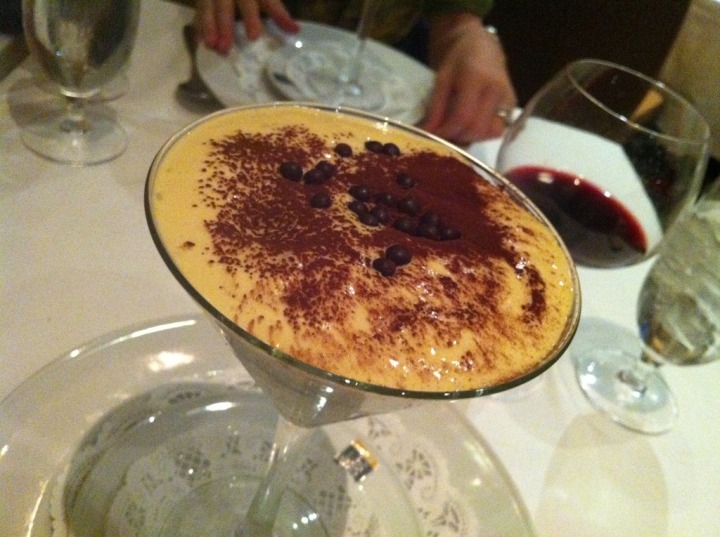 From there we headed over to the famous Kennedy Center to catch Les Misérables.  Our Coach and his wife had gotten the tickets for us as a wedding gift, and we’ve been looking forward to it since! 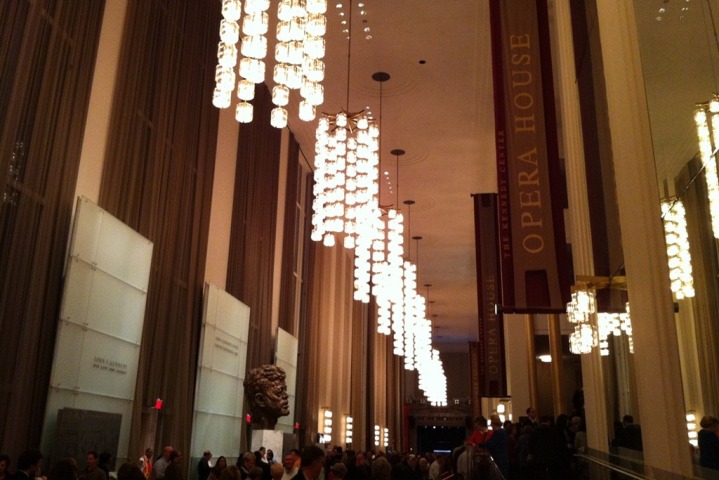 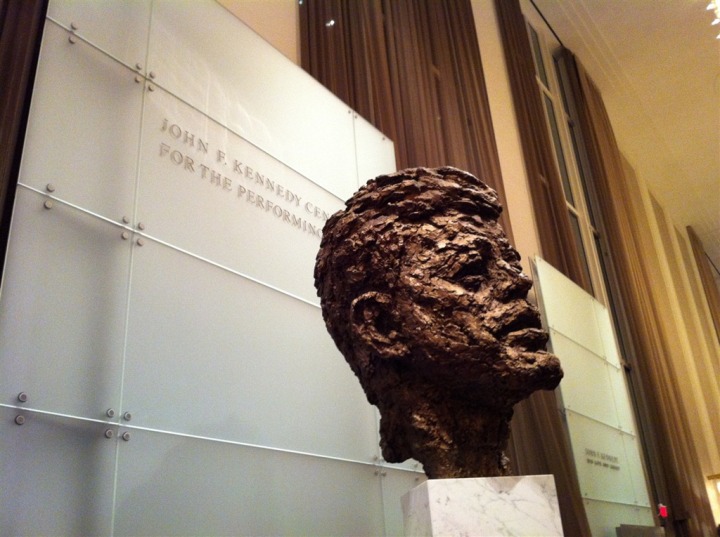 We had great seats and the show was awesome.  The last time I saw Les Misérables was some 11-12 years ago as part of a high school trip to London and Ireland.  Except that time I saw it some 6 hours after flying on a redeye from Seattle…thus much of it was rather foggy (plus it was more than a decade ago).  And I believe I was seated in the very last row, 12 floors up or something.  We may have had seats in the bathroom.  Again, foggy.

This time though, with a great view the show was spectacular.  Really well done. 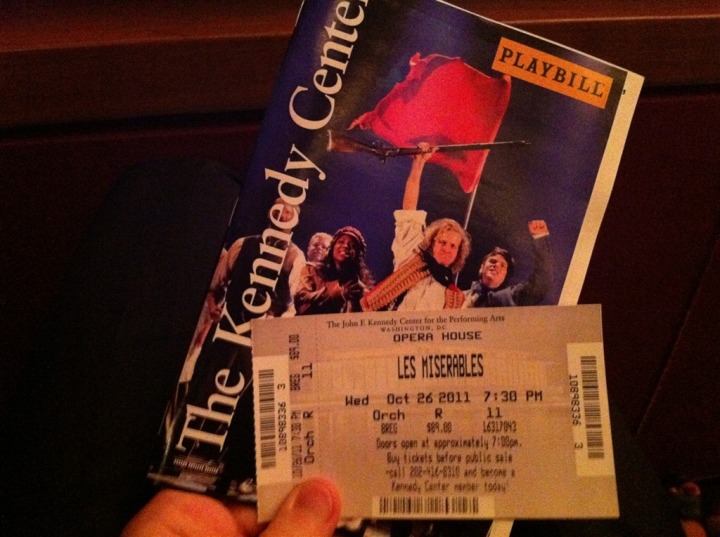 So thanks Coach – we had a great time!

And for everyone else, thanks for reading!