There’s some smart nuggets amongst ya’ll yesterday in the guessing game around details about the picture I posted.  You can read all the guesses here.  And here’s the original the picture: 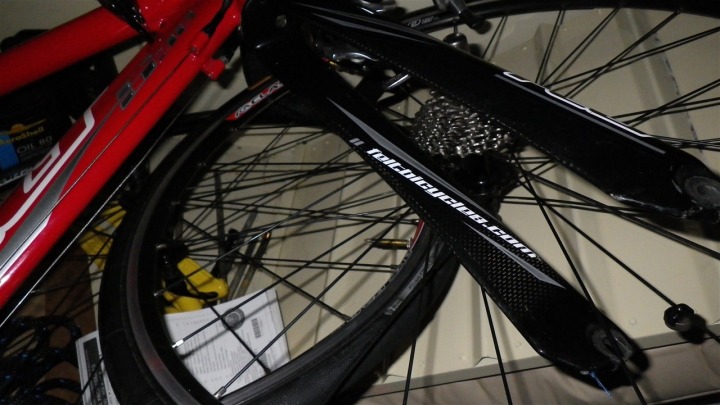 Some of you picked up on two key items in the picture.  The first, in the upper left between the two red bike bars is the Aero Shell Oil container – used for small planes.  The second, is the pile of papers down at the bottom, which have the FAA logo on them – are approach procedures.  The closest and most accurate guess goes to Coffee Run, with this description:

“Shell’s Aeroshell 80 weight oil is typically reserved for airplanes, although it has other uses (anti-corrosion, etc). Quite possible you’re flying w/ this bike or are testing it’s fit in a small engine aircraft’s storage compartment; perhaps a Cessna 172SP although this compartment appears different. (Or it’s just coincidence the oil is in the photo.) Will you be using the rope to tie-down the bike? No need for worrying about aft-cg limits, that bike weighs nothing 🙂  post script: the FAA emblem and the word “procedures” is also barely visible 🙂 ”

Pretty impressive, ehh?  So go give him a visit, he has some pretty entertaining posts.

As for the back story…well, here we go…

Last Thursday night The Girl and I took a little trip down the road with our friend Bruce to see if we could fit both of our bikes into his private plane.  He’d be not only giving us a ride to Knoxville for the Rev3 triathlon this upcoming weekend, but also enjoying the race as a spectator (and rather good photographer).  Bruce has flown me around in the past for a variety of things, notably the Philly Triathlon in 2008.  As you can see from those pictures, we only had one bike at the time, so it was relatively straight forward.

After arriving at the airfield we had a short walk to the plane.  The Girl had never been on a small private airfield before, and was pretty excited to get to bike to the plane.  So she set off riding towards the sunset (and the wrong plane): 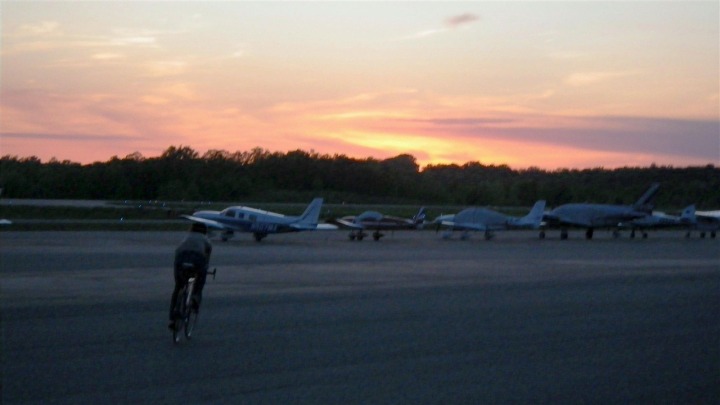 After getting her position fixed, it was time to get the plane opened up and start the massive jigsaw puzzle to get both bikes onboard.  Meanwhile, she stood by just inspecting the whole situation: 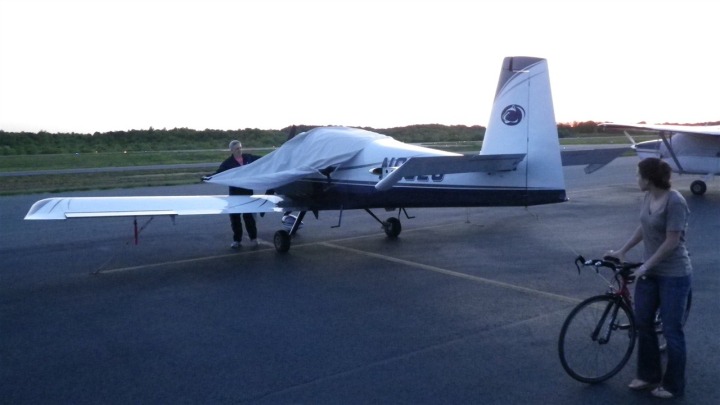 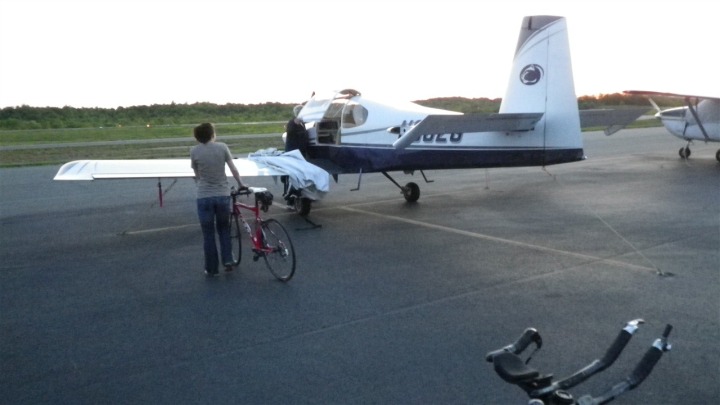 From there we took off the two wheels (on each bike) and laid down a portion of the back seat – pretty much just like a car where you can fold down 1/3rd or 2/3rds of it. 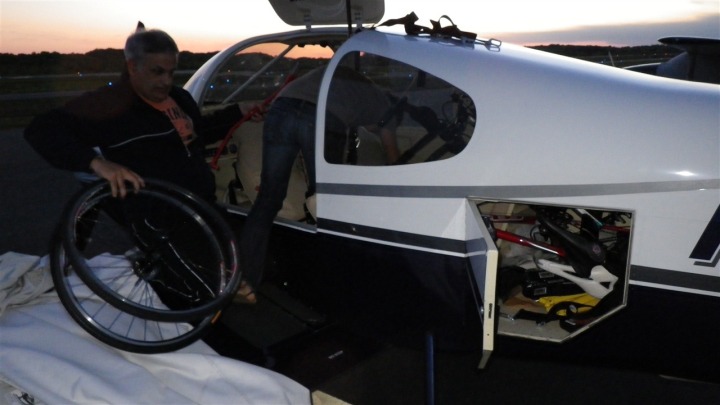 Once we had the Girl in position, we got the bikes slowly through the door in a very delicate aerobatic act.  While Bruce seemed more concerned about damaging our bikes, we were far more concerned about getting grease on any of the leather seats…or putting an aerobar through a window.  I’m guessing that would not be very aerodynamic.

After less struggling than we expected, we got both bikes in.  Hers on the bottom hanging out between the seats, and mine stacked on top. 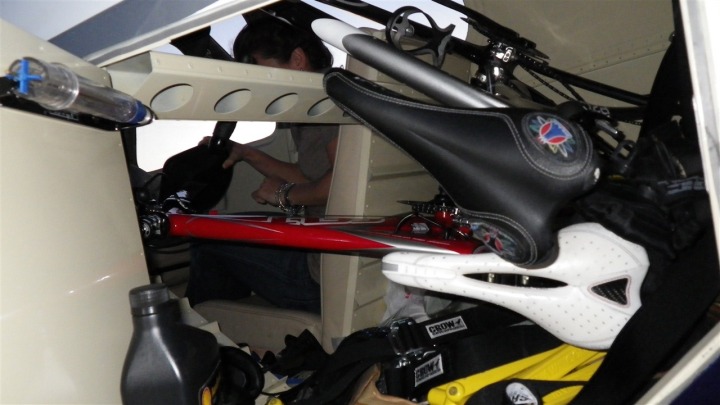 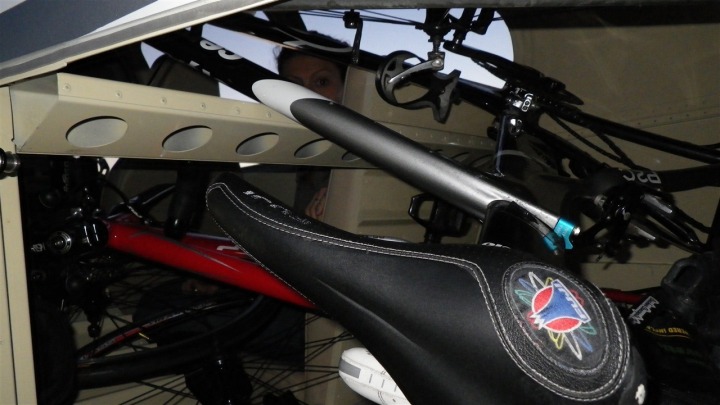 We then simply laid the wheels on top of the bikes (per picture below), and then also stashed a few down below her bike (as you can see above). 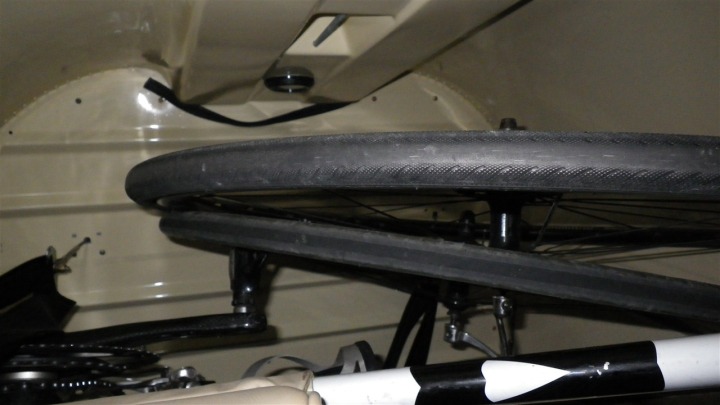 At this point, our mission was a success!  We determined we still had both plenty of room to sit in the airplane, but also to stash the rest of our gear come race day (transition bags, etc…).  Though, we’ll definitely be going with a ‘less is more’ approach when it comes to packing.  Not for concerns about weight, but rather just space.  But that’s alright, less things to deal with on race day.

At this point we went for a little loop-de-loop around the neighborhood before putting it away for the night.  Sorry for the crappy photo below during final approach, I only had brought my little camera with me – which struggles at night. 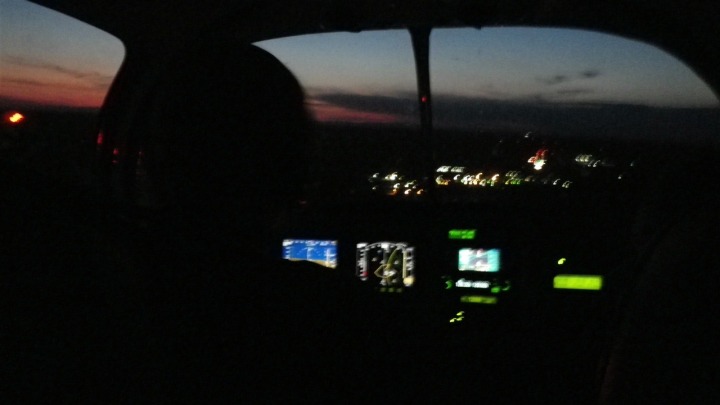 And post flight, we did the whole bike extraction thing…successfully. 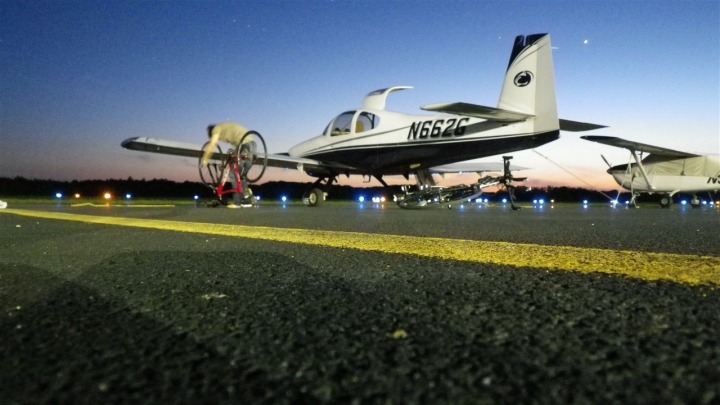 For those curious, the plane type is a Vann’s RV-10, and the flight time will be a bit under 3 hours from the DC area to Knoxville, TN.

So with that…we’re ready for our flight down to the race Saturday morning.  We’ll casually show up at packet pick-up just after it opens, and then get onto relaxing for the rest of the day before the race on Sunday.  Good times ahead!