Me and the clock…and cupcakes.

Let’s be honest, for any competitor, it’s all about the clock – even when racing against others, you’re still racing against the clock.  But, over the past few months the clock has played a new role in my workouts – particularly my swim workouts. 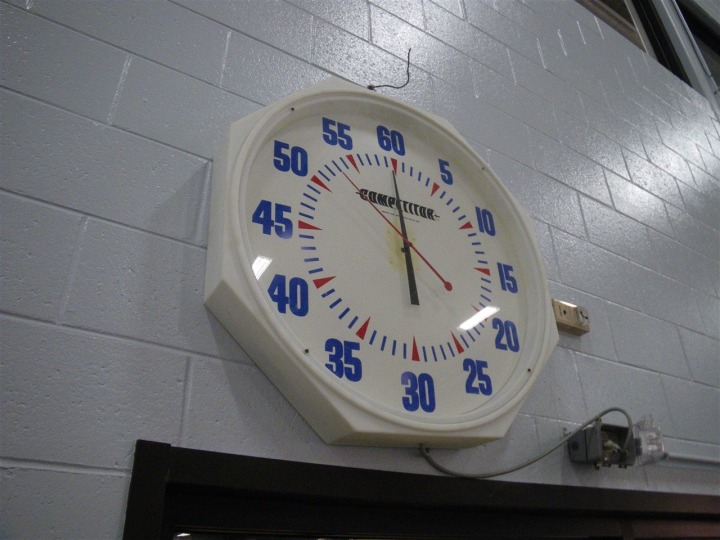 Last weekend – after my first full week of training since coming back from vacation – me and the clock were not friends.  We disliked each other significantly.   We had a falling out of sorts.  It probably didn’t help that for that workout I ended up in a 25m pool instead of a 25y pool, which meant a few extra seconds per lap.  I may or may not have soon been owing the bank seconds.

At any rate, Saturday morning again involved the clock swim, and this time I knocked out the 3×3:00 – with two of the three sets in 10 laps, so I was fairly happy with that.  It’s nice to see continuous (significant) improvement workout after workout this time of year – with my swim times quickly getting back to normal.

Post-swim I spent a few hours cleaning up around the house and continuing to make a dent in all the travel related stuff after coming back from three weeks of travel.  Mostly paying bills, sorting photo things and whatever else needed to be done.  A backpack I ordered for my underwater photo stuff had arrived, and I was relatively happy to see everything fit inside.  I was relatively unhappy with how darn expensive photography related backpacks are…jeesh! 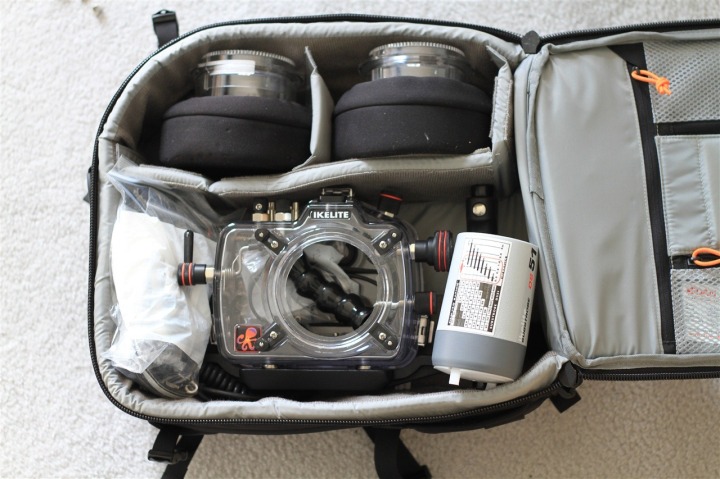 The Girl came on over and we headed out for our run.  This particular workout is without pause our favorite run of the week.  It starts with a nice warm-up, and then it’s right into sets of Z4B action.  Not quite all out effort, but a controlled hard effort.  For the main section, we both had 6 minutes per set, with three sets.  Interestingly, I ended up with the exactly same distance for each timed set…though if I was allowed to go all out, I would have been easily sub-6…but alas, that will have to wait until next weekend. 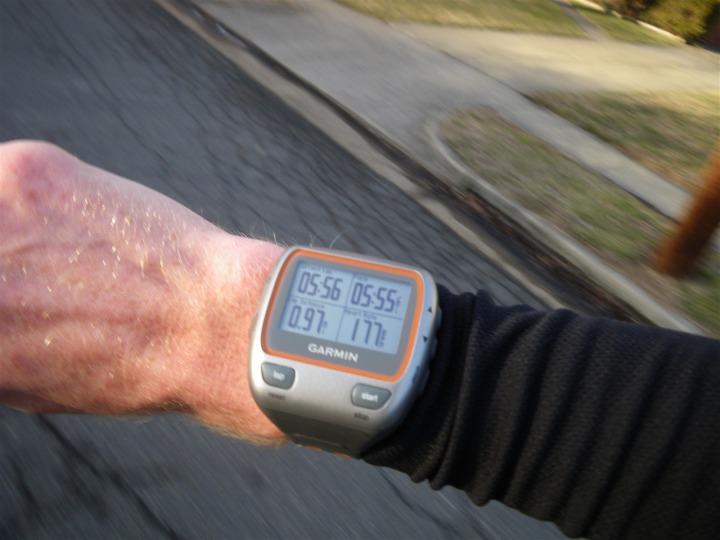 Coach noted the very nice week over week improvement, he pulled these from Training Peaks: 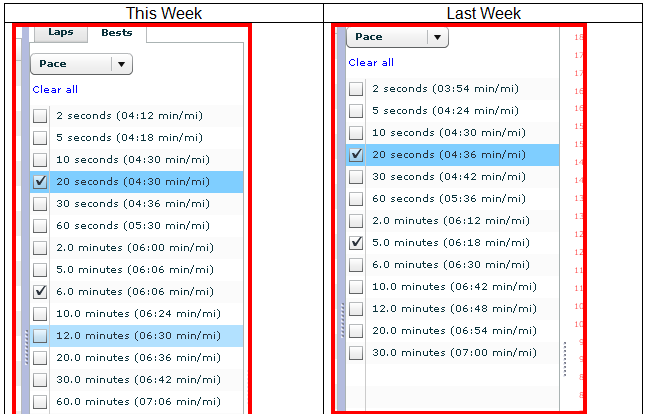 (He had checked 20s and 6m/5m, because those were the two different types of intervals I was doing – all the other time’s include cool down, easy jogging between intervals, etc..)

I also spent a fair bit of time on Saturday working on getting photos and stuff related to both the FR-60 and Tanita BC-1000 product reviews. 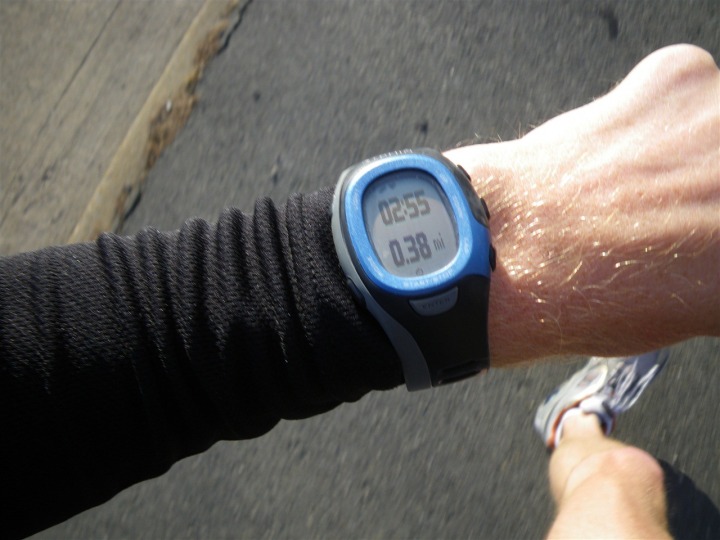 Sunday was some nice sleeping in followed by – finally – an outdoor ride.  Between travelling and snowstorms, I’ve been on a steady diet of indoor trainer rides.  But now, back outdoors!  Into the dreary, overcast, wet and cold. Woot! 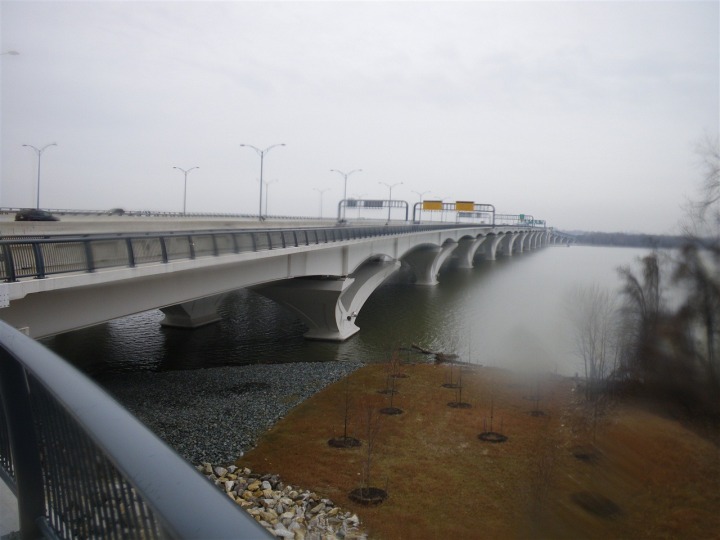 I decided to go towards the Woodrow Wilson Bridge, where I sometimes do night runs (it’s well lit, and blocked off from cars). I figured I’d use the long bridge for some nice climbing and then practice keeping in zone when cresting the hill (as opposed to slacking off).  But with the bridge plates shifting I found it created large gaps in the pavement – less than ideal for conquering at 30MPH on a time trial bike.  (Random fact I just found in Wikipedia: Up until just last year, the bridge actually used to not only touch VA and MD, but also just barely touch DC) 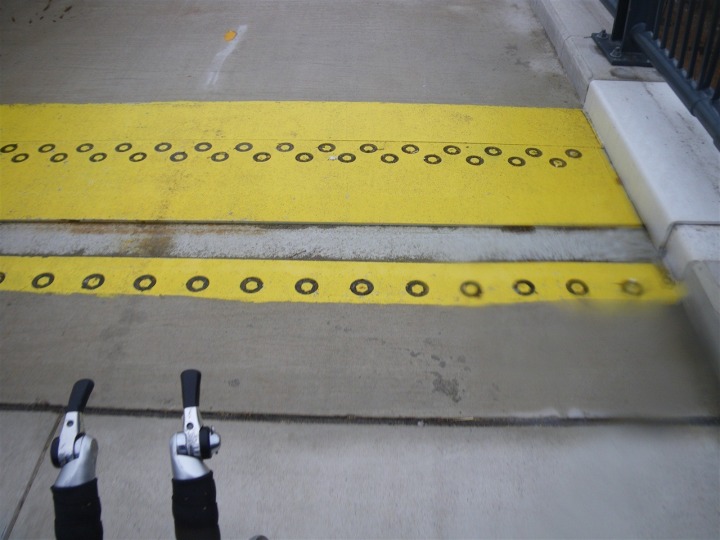 So after visiting the state of Maryland for a brief moment, I turned back around to Virginia and just went along the Potomac river trail for a while, eventually finding the end…err…beginning: 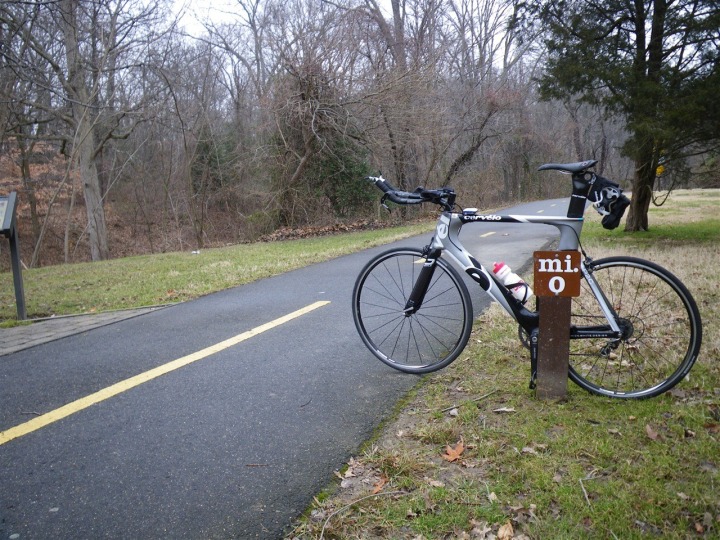 Post-ride, there was only one thing left to do:  Cupcakes.

The Girl was back at it, experimenting with pistachios. I think she was off into unchartered territory, with no particular recipe and instead just determined to make something out of pistachios. 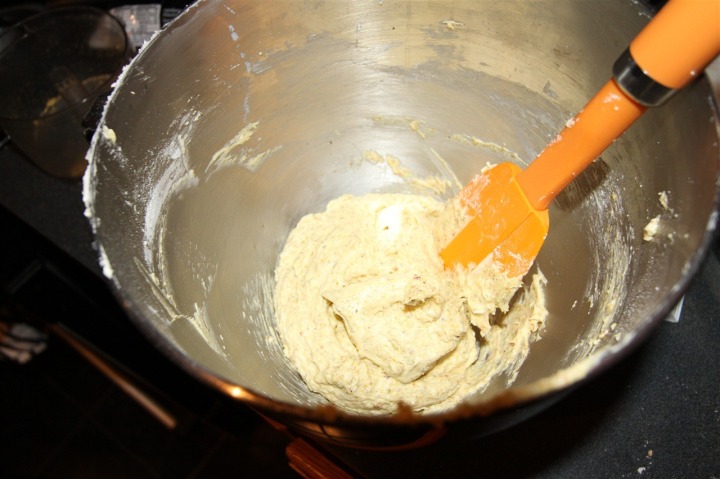 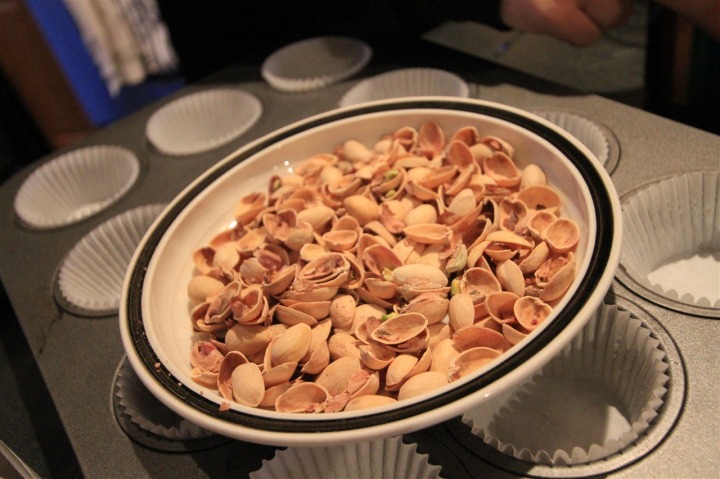 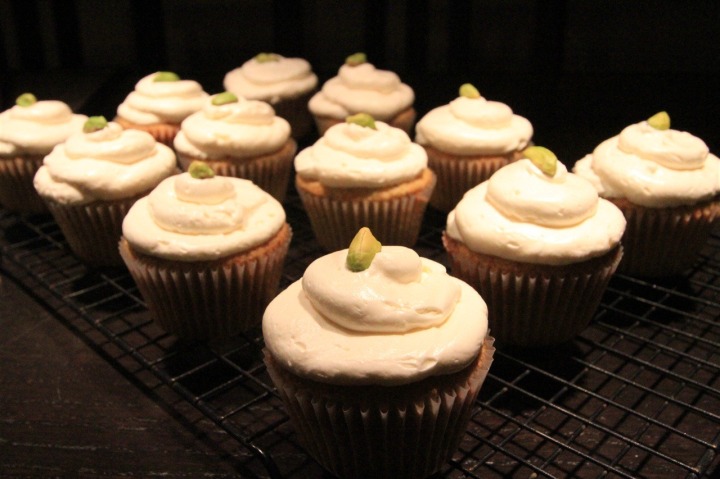 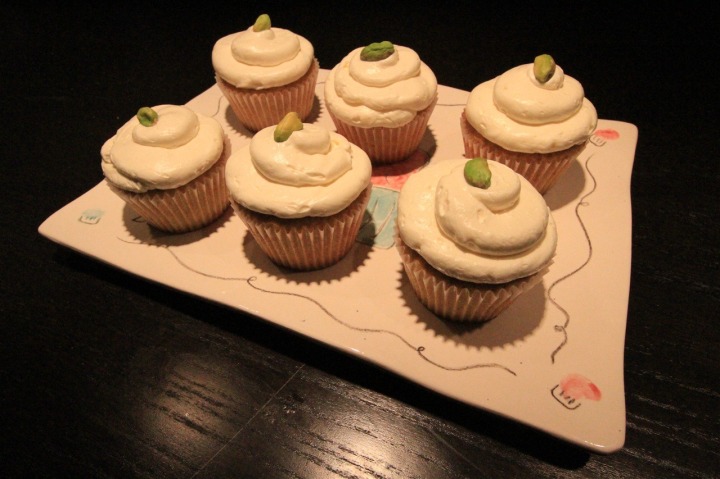 (Oh, she even made the cupcake serving dish too!  Crafty little one…)

Last but not least, I added a little gizmo to my page to show related posts.  When you look at the bottom of any given specific post, it will show other posts that may be of interest from the Disney Rainmaker vault of some 451 other posts.

It turns out it’s incredibly addicting – even for me actually – as I find all sorts of random and fun stuff from way back when. Give it a whirl…here’s a random post to get your started..

Oh, and I believe I am fully caught up on any e-mails/comments sent to me.  So, if you sent me a special something and never got a response – please poke me again! I found some stuff stashed away in the junk mail folder, but otherwise believe I’m good to go!