November 12, 2009 by DC Rainmaker|Central and South America, Mexico, and the Caribbean » Travel|Comments (10)

And now…for something completely different…

With what turned out to be a very long triathlon season now in the books, I need some rest and relaxation before starting up for a very exciting next year. I went for a nice 5+ mile run Tuesday night with Pacers, but otherwise the entirety of my time has been spent doing other non-athletic things.  However, a significant portion of that time has been spent rushing to finalize last minute details for a journey that is now already underway.

Much of that preparation time was nailing down exact photographic equipment after some hot-off-the-production line items I ordered missed their shipping deadlines and won’t make the journey.  So begging, pleading and horse-trading was involved to get what I needed for the trip.  Which in turn resulted in probably a surplus of stuff going along on the trip.  But I’m operating on the “I’d rather have it, than find out I’m missing it” premise here….cough…six cameras…cough. 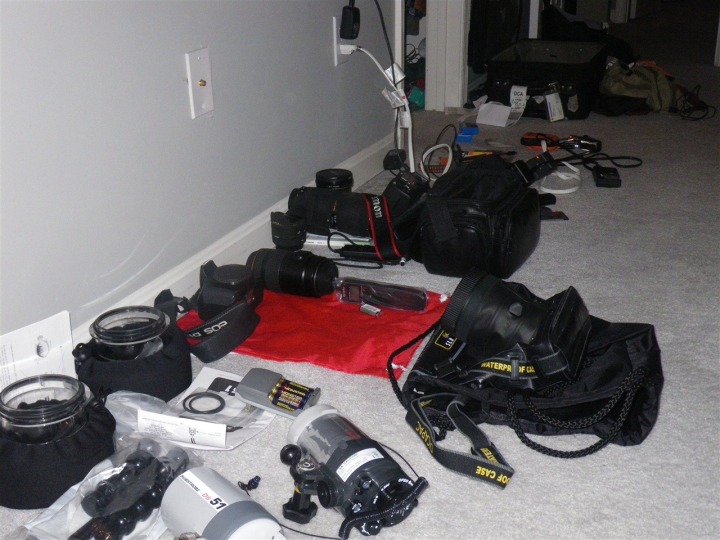 (For the record, all that stuff – and more (like, clothes and a wetsuit)– fit into my little carry-on roller suitcase.  Yes, you can now bow-down to my packing prowess.  It comes from many many years of travelling for months..heck…years…on end.  Though, I’m probably going to dislocate my shoulder trying to carry it up/down stairs due to its weight.  Details I suppose.)

At this time I’m currently floating my way out into the vast Pacific Ocean to a tiny little rock formation west of the Mexican mainland called Isla Guadalupe.  This protected area is something of a highway interchange of sea-life, and in particular – Great White Sharks.  This wildlife refuge also attracts everything from sea lions to seals to giant tuna. 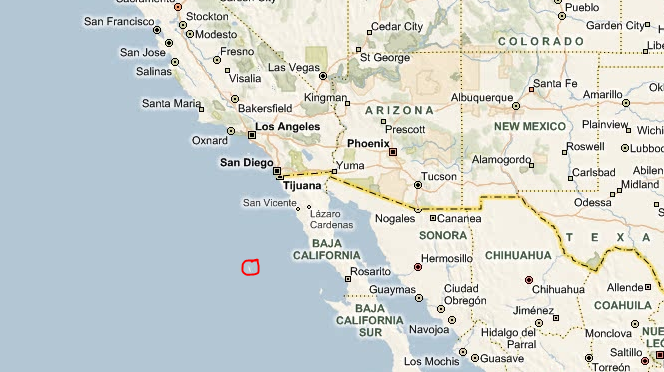 As some of you know, I’m kinda really into sharks – especially Great Whites.  For no particular purpose I suppose other than I find them fascinating.  Perhaps it’s years of watching Discovery Channels’ Shark Week in the rec room as kids.  Great Whites are interesting to me due to their size, strength, and in many ways gracefulness.  It’s hard to explain until you’ve seen one in person – but I hope I can try and relay that over the next few days.

So, the purpose of this 5-day live-aboard journey is to get to check out these creatures up close and personal…sorta like what I did in South Africa a few years back: 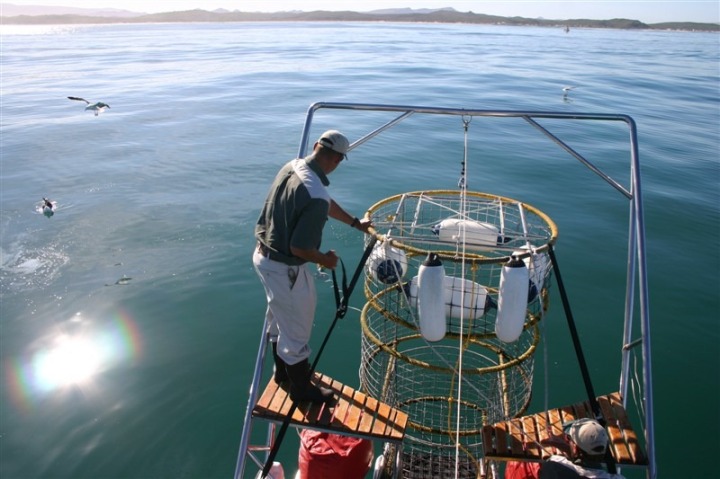 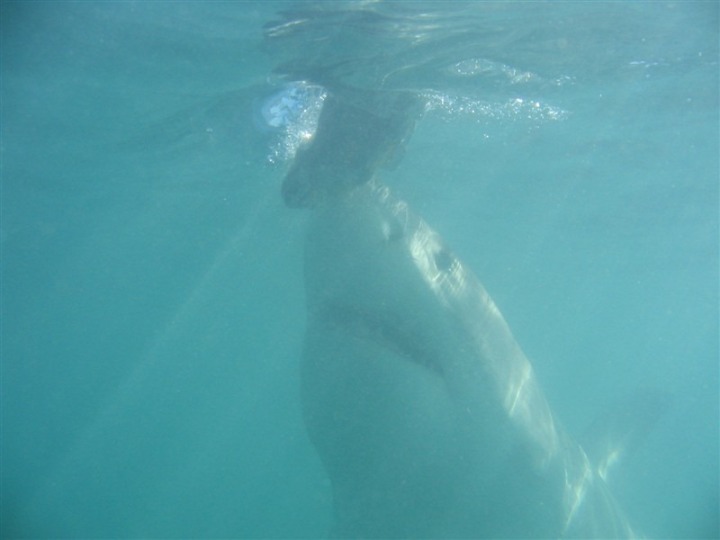 Except – instead of it being a simple 3-hour day trip, this is a bit more involved.  I’m headed out with San Diego based Shark Divers – which specializes in White Shark expeditions.

First, we leave San Diego and then hit the open roads to head south ‘cross the border man’ (kinda like Taco Bell, no?) for a few hours.  Then we jump on sorta small boat, spend upwards of hours motoring hundreds of miles from shore to the island.  Once there we spend full three days with Ms. Shark(s) before finally spending another 24 hours motoring back.  On board will be some research folks, a film crew, support and a few paying customers – which happens to be my brother and I after we got a pretty sweet deal.

If you’re new to the blog, you’re in for a fun journey.  My brother and I have a semi-epic list of travel tales along the way – from Egypt to Skiing in France  (and Dubai) to kayaking in Palau.  Or you can see all of my recent travels here.

Adding to the fun is the little Spot Tracker that I’ve used before on trips (this time with more success I hope).  It’s a satellite based tracking service that’s ideal for anyone going well outside of cell-coverage.  Every few minutes it updates my position on a little map – which happens to look identical below (there’s a little widget on my page to see it).  This will update automatically throughout the trip: 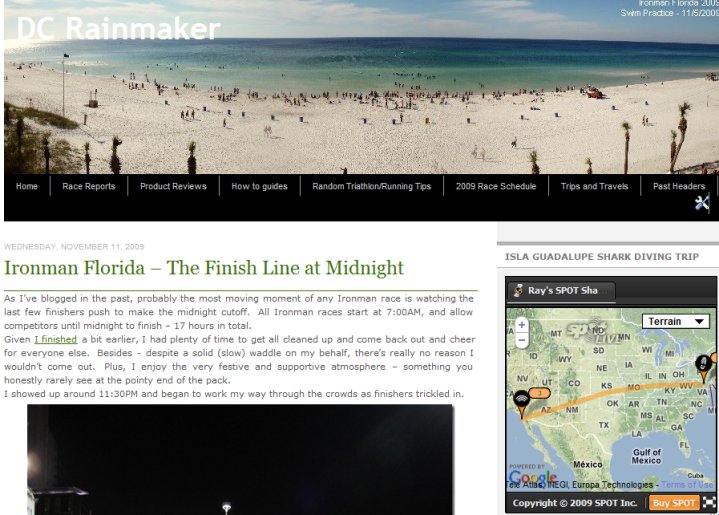 As for the sharks, over the course of all my posts I’m going to try and highlight some of the issues they face, as well as talk to the pro’s and con’s of various shark-related efforts going on out there (from eco-tourism to tagging).  Given I’ll have some of the smartest white shark folks around on board, this should get pretty interesting.

The only catch with the little boat is that internet access is super limited – think 14.4bps modem limited (please tell me you remember those days…right?).  So posts might be a wee-bit delayed (or non-existent) until I’m back on solid land again.  But the little tracker thingy above will keep on ticking, day or night.  Right about now we should be chugging along towards the Island.

So with that, on what will soon be Friday the 13th, we’ll catch up in a bit!