I’m now back on my ‘normal’ time zone, at least for another week anyway.  This means a fairly relaxing Saturday.  My only workout for the day was a 4200 yard swim, which ended with a 500 time trial (TT).  This particular TT was actually the fastest I’ve ever swam a 500 before, so that was a solid start to the weekend.

From there I picked up stuff for BBQ’ing up some chicken and corn later in the day – as given the 85* weather, it seemed like the best course of action.

While cleaning my grill last night I remembered that I was meaning to clean out the insides a bit.  Now, I use my grill all winter long – probably once or twice a week during the winter, and 3-4 times a week during the summer.  So a lot.  Except this time, when I peered inside below the grates (where you place food) I found a less than ideal situation (where the fire comes from, and where you don’t place food). 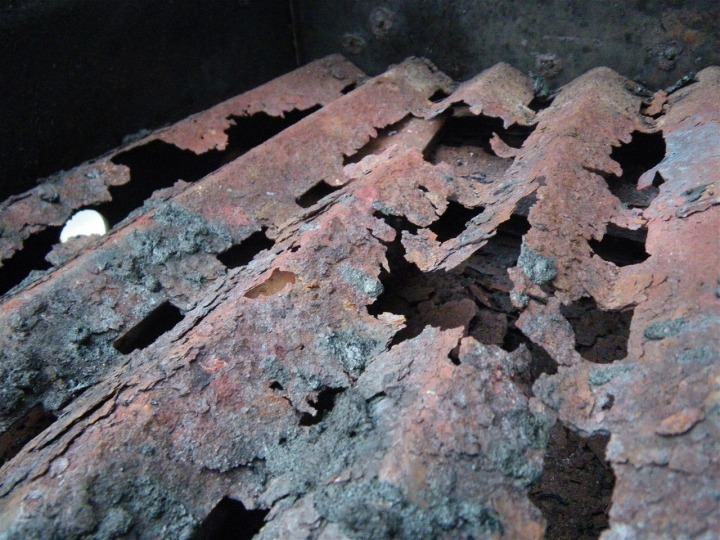 Holy rusting grill batman!  My grill’s only five years old, and I already replaced a number of pieces back a few years ago.  And the story is actually even worse on the burners themselves.  🙁  Now, the grill works and all, but the cooking is uneven, which is less than ideal for my famed 8-hour pulled pork recipe.

So I went online to find out about replacement parts, but once I added up all the parts I needed I was looking at a price tag of at least $200 – almost as much as the grill itself.  After some more research, I found out that this particular brand (only sold at Home Depot) apparently has a short life. 🙁  So I added stopping by Home Depot and Lowes to the list for Sunday to scope out a new grill.

Sunday brought much morning rain.  I was initially scheduled to be up on Skyline drive doing 60+ miles of awesomeness, but with 20+MPH winds and heavy rain – the steep and exposed descents of Skyline just aren’t worth the high risk of crashing.  Especially given the first ride there of the season where you’ll still memorizing all the curves.  So instead I went to my usual location down near Prince William Forest Park (after sleeping in, for a total of 12 hours last night!). 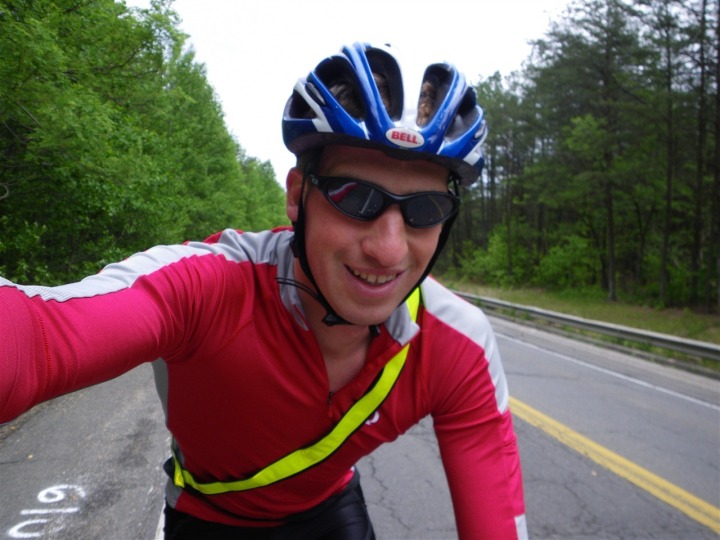 Oh – wait – I almost forgot!  When I went to get my nutrition together…I was given this sight: 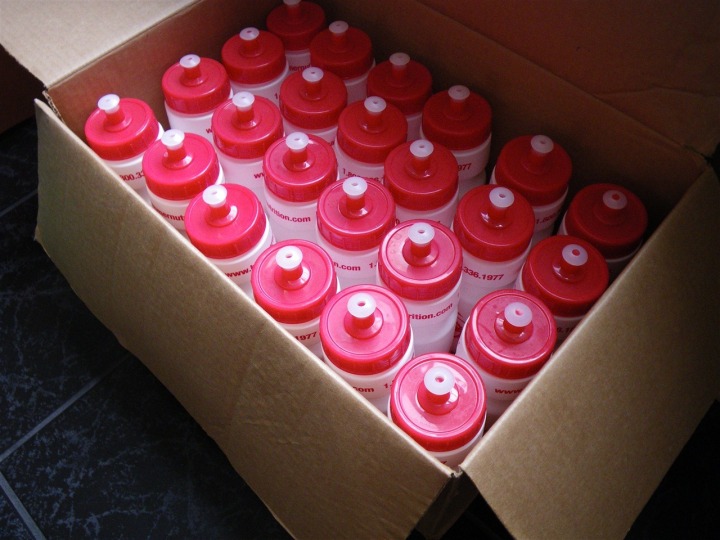 Sweet!  Yes, they fit perfectly (well, almost, there’s an extra one floating around…).  Btw – in case you have no idea where these all came from…read this.

Anyway…back to the ride.

I had 3:30 all in Z2 on the books, of rolling terrain with a few climbs tossed in.  This netted me a nice 65 miles.  The winds were a bit rough, made only slightly worse by my decision to use race wheels.  But as I’ve noted before – if you don’t train on them, you’ll likely end up on the pavement with them in a race that’s windy.  They catch wind like a sailboat (which…is kinda what they’re designed to do).

Post-ride I had a brick run to finish with.  Just a nice 2 minute walk, 20 minute Z2 run, and a 5 minute cool down.  The walk is designed to let you’re body adjust – and in theory will allow you to run longer.  I used this technique at Ironman Canada last year.  Today’s run itself went exceedingly well for Z2, averaging 7:18 for that section.

Below you can see the 2 minute walk, then the run, and then the CD (cool down).  Oh, for those curious, this is from Training Peaks.  The one feature I really like about TP (and all their products) is the ability to easily select a whole chunk like this and see the averages on the left hand side.  This is one feature that Sports Tracks doesn’t have. 🙁

After that it was finally time to stop at Home Depot and Lowes – which are conveniently located across the street from each other. 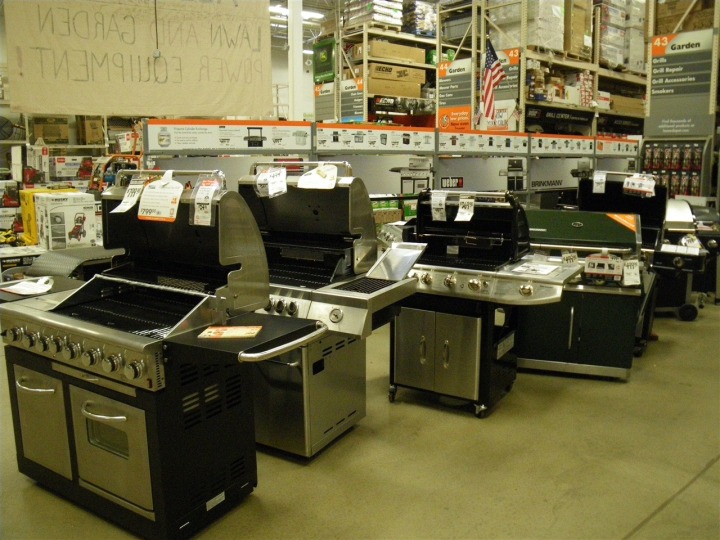 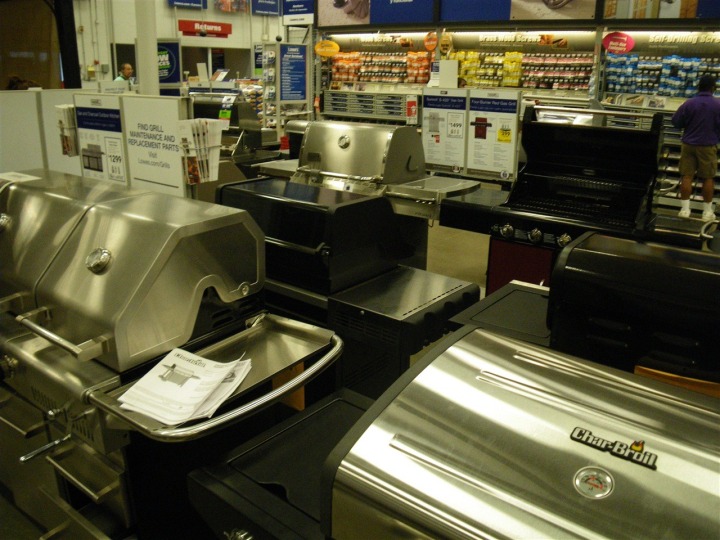 I think I was able to narrow down my grill selection to a few specific grills.  I have a very specific list of requirements to go with, so that makes it kinda easy:

Anyway… I’ve got some internet research to do tonight and picking up a 10% off coupon at the Post Office tomorrow, before buying the grill sometime tomorrow evening. 🙂  I think a rotisserie chicken is in my future for dinner tomorrow!  See ya!