Over the course of the last few days I’ve hop scotched across the country a to Seattle, Whistler and then back to Seattle before swinging through DC for a bit. Shortly after that my brother and I left for a two week trip throughout the Middle East and Africa.

I did note a few interesting things on our 13 hour nonstop flight from DC to Dubai. One – we skirted around first Syria, and then Iran. Just an interesting observation while watching the in-flight tracker. Two – we also went directly overhead Baghdad. Of course – nothing to worry about at 39,000 feet. 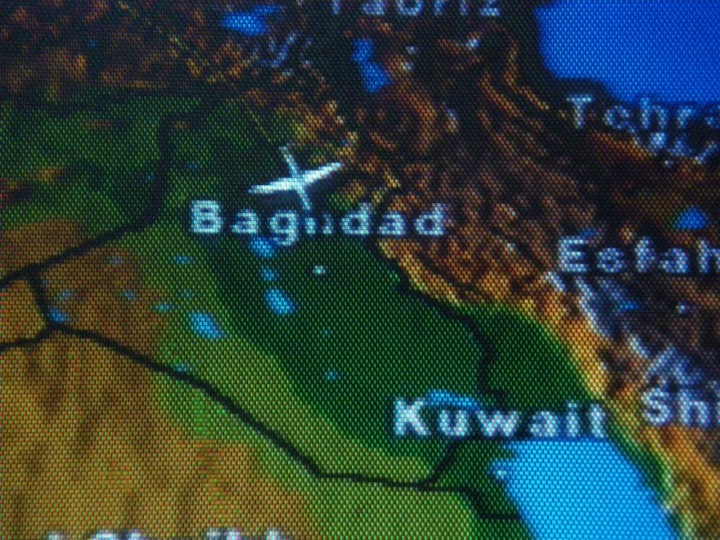 The land of the big, the very big – and the ridiculously big. Upon landing we caught sight of the new Airbus 380 – the largest commercial airliner in the world. This would be just the first of many oversized items here. After navigating to the hotel across town (which, btw is some 20+ miles long – the city), we arrived in time to head back to sleep.

This morning’s plan was to hit up a number of the city and cultural items that were fairly ad-hoc in nature.

The first stop was Jumeirah Mosque, which is only open to tourists three times a week for an hour. 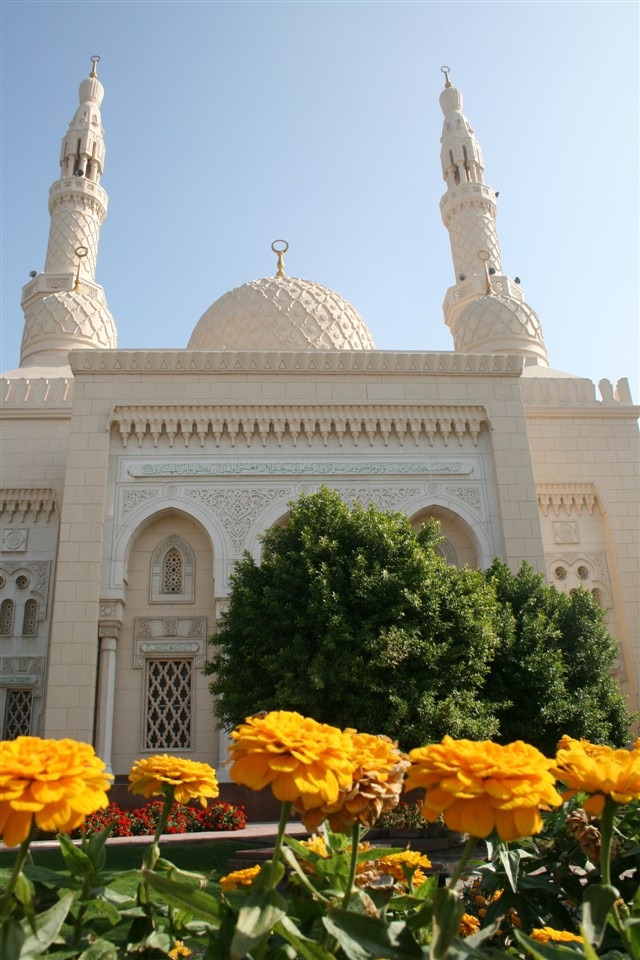 They run a fascinating tour/explanation for about an hour (only $3US). The middle-aged women who ran it converted from Christianity, and thus they were able to perhaps convey certain concepts more clearly to non-Muslims. Both my brother and I were incredibly impressed with the amount of knowledge she was able to deliver, and do so in a fairly funny way – with numerous jokes sprinkled in. 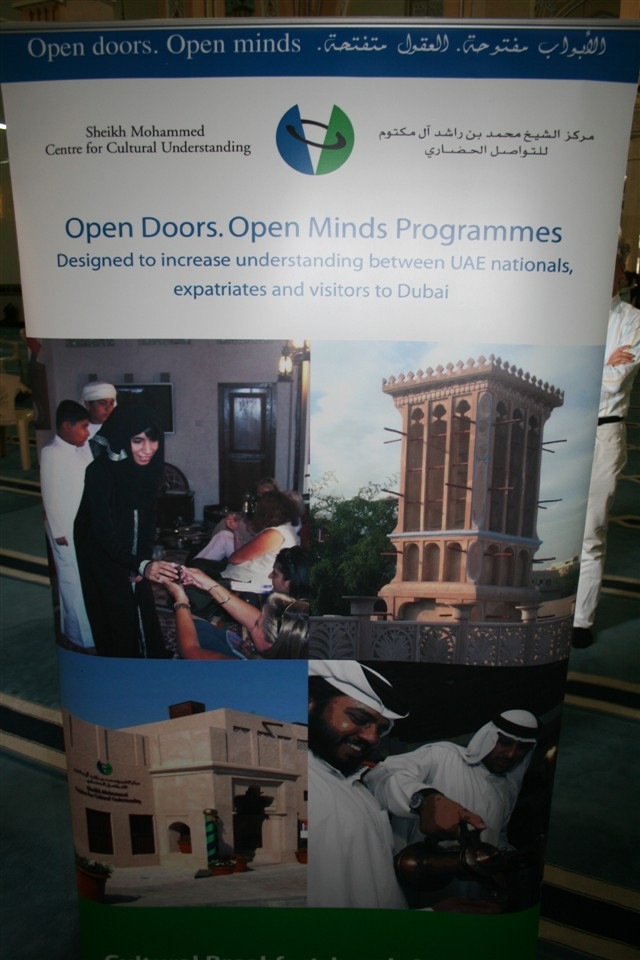 One of the obvious elephants in the room is the disconnect between many ‘Western’ cultures and that of Islamic cultures. I believe I could go out on a limb and say that if everyone could listen to this brief tour for just one hour – there would be so much more peace and understanding in the world between the two cultures (or at least a start with the Western side understanding the Islamic side). 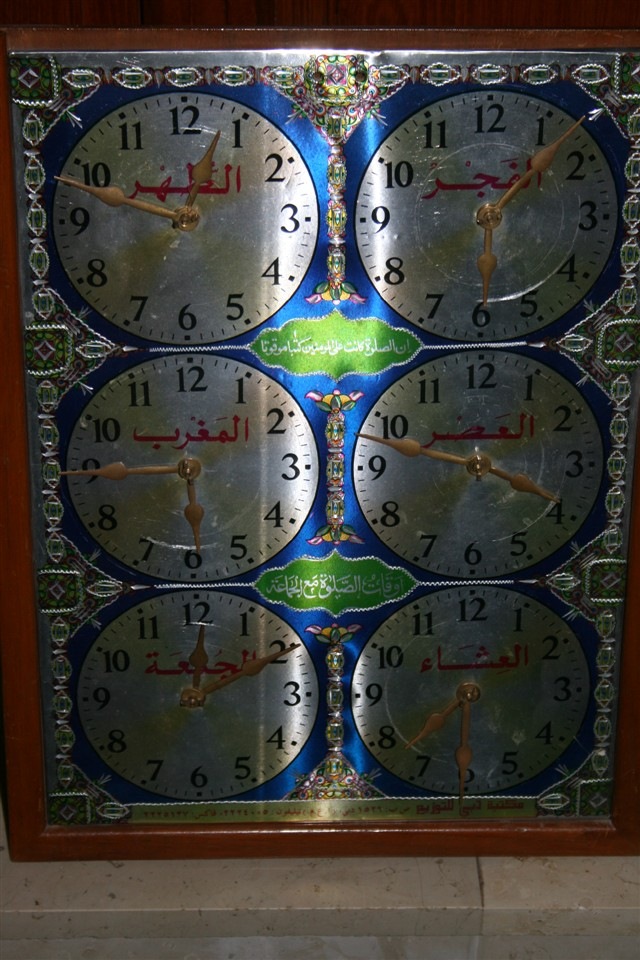 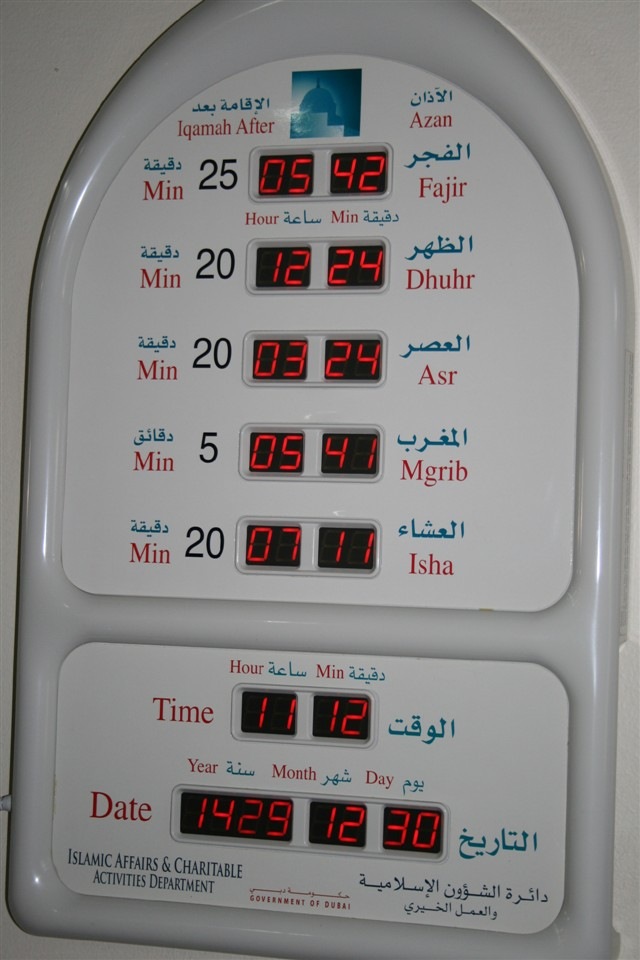 Having never been in a mosque I didn’t know what to expect. Was it fancy like a church? Did it have pews? Was there an alter? The answer to all three – no. It was explained that mosques are designed to be simplistic in nature, with just four walls and a safe place to pray. There are no ceremonies held in mosques (such as weddings, funerals, etc…) – but just a place where people can go and pray. 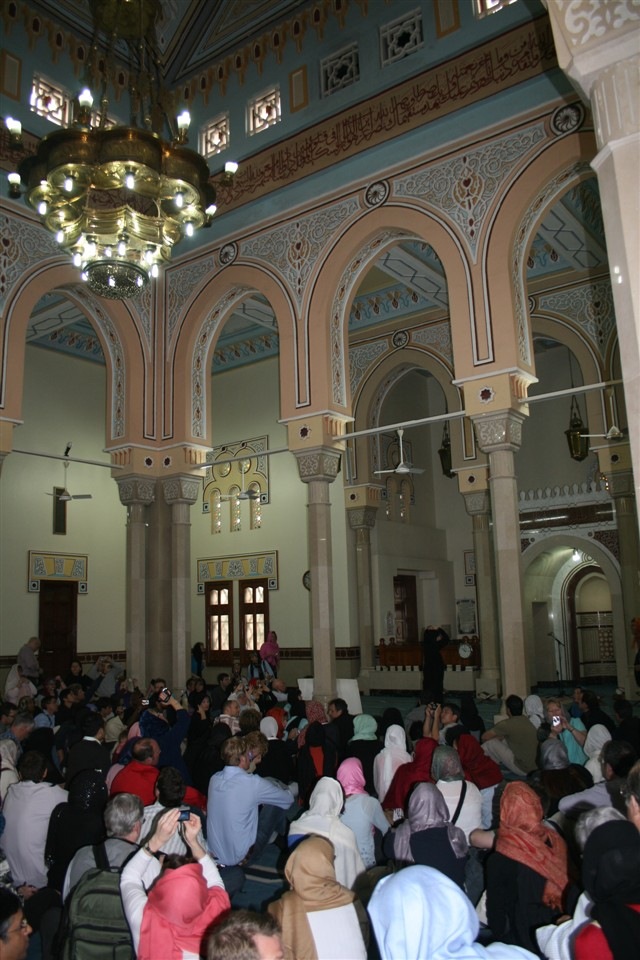 After the mosque we headed to the Dubai National Museum to check out its wares. It had quite a bit of archeology related items like old weaponry, cooking devices, etc… Pretty interesting place for $1US. 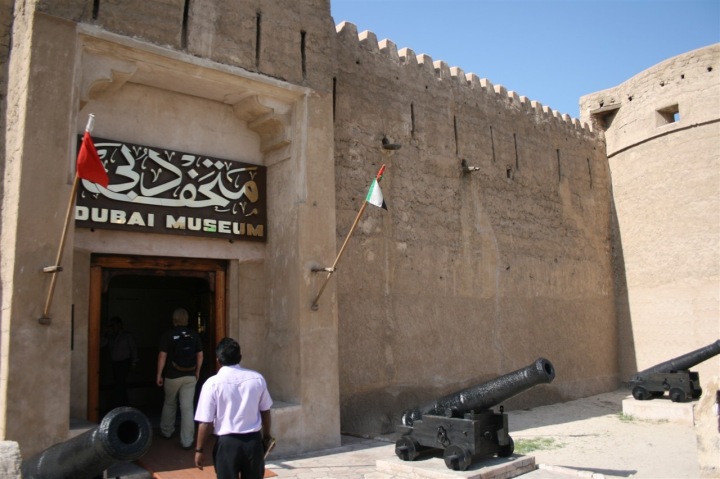 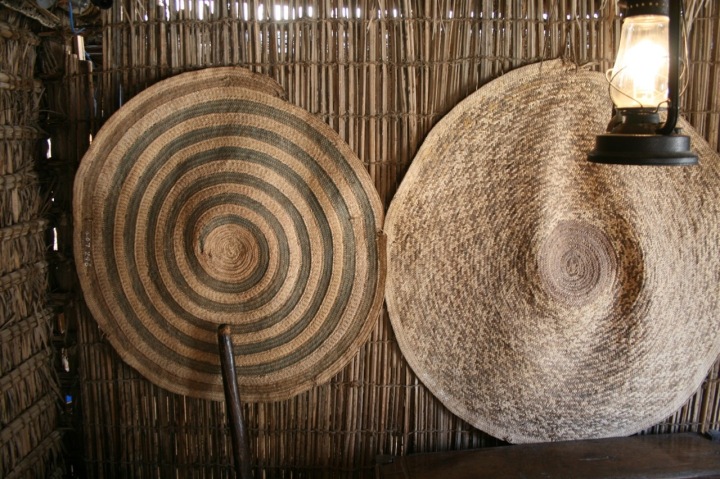 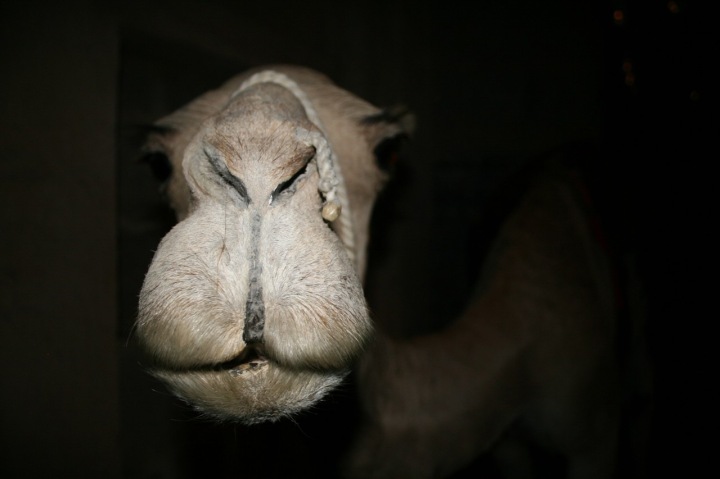 Following the museum we set off to one of the souks. The souks are like markets – but each with a different purpose. There’s the gold souk, the spice souk, the perfume souk, etc… These markets are not unlike a large market you’d see in the states (such as Pike Place Market in Seattle), with numerous small independent venders.

We hit up a souk called Karama souk, which specializes in…rip off clothing – such as suits. As to why we were in search of a $50 suit(s)…well..that’s for tomorrow.

Following that souk we headed over to the spice and gold souks to check them out. 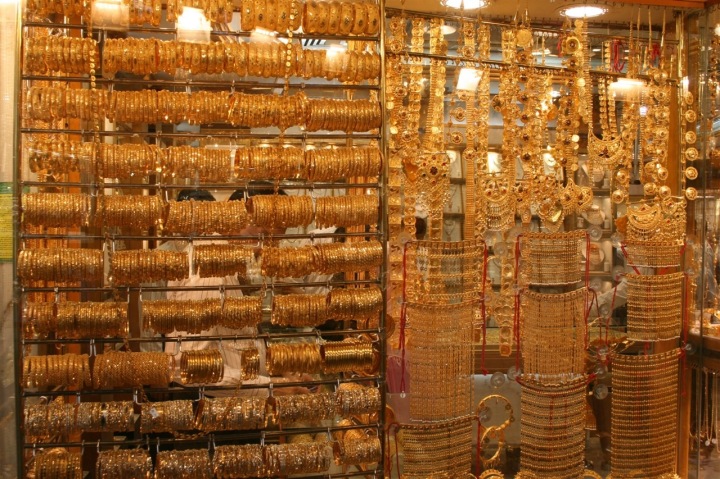 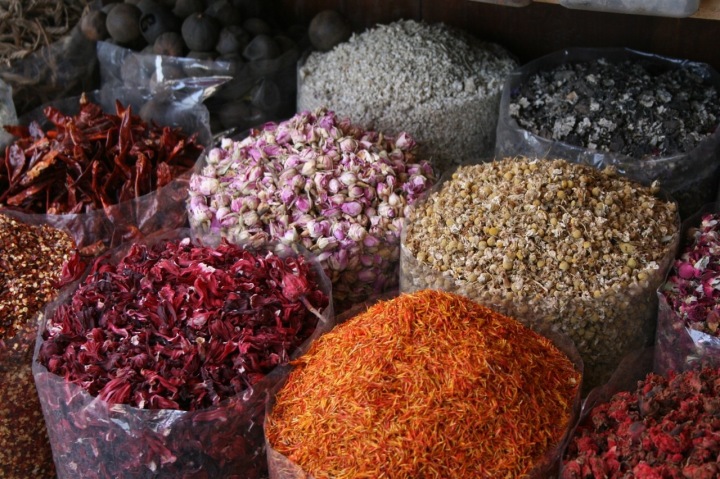 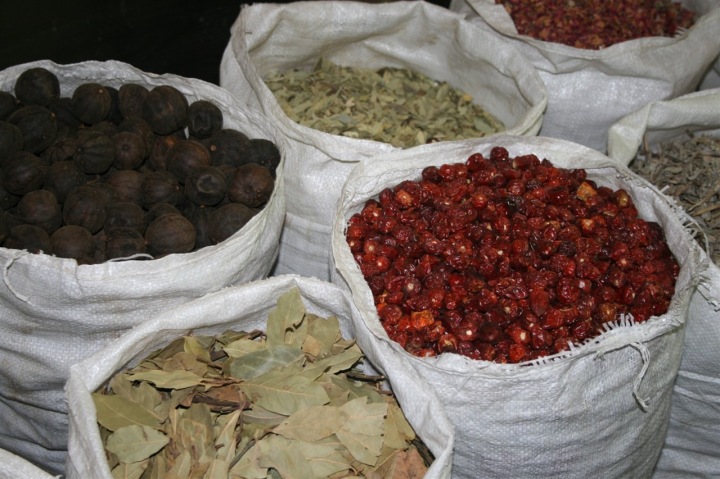 Btw, those round balls you see are actually dried lemons. Pretty cool.

Eventually we wandered back to the hotel and I decided to go out for a swim. With all the travelling I haven’t had a chance to get into the pool and have instead been mostly just running or relaxing (this being my first break from training since last December). 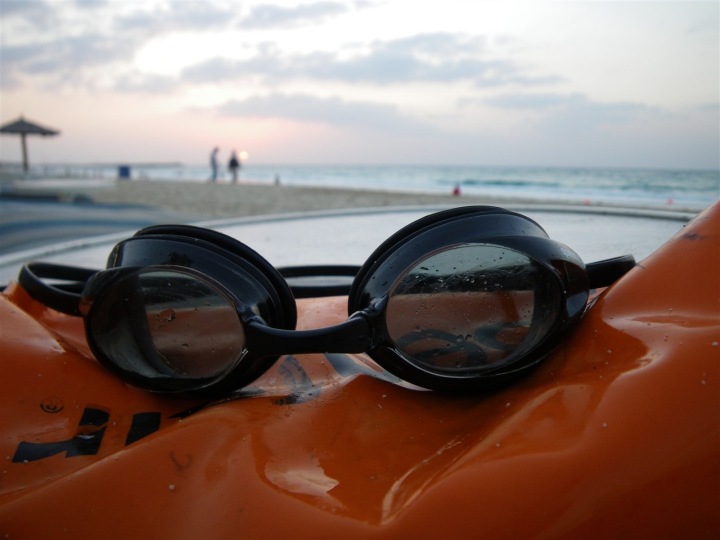 But I did take a pair of goggles a swim cap and swimming shorts with me, so I took the elevator down and stepped out onto the beach. After the initial usual shock, the water temperature wasn’t too bad, although the waves were a bit choppy.

I decided to swim to a break wall about half a mile or so down the beach, and then back. That plan was ultimately interrupted when my Garmin 305 decided to beep itself to death (which I fixed this evening).

However, what was fun was sighting off the beach. For those non-open water-swimmers – sighting is where you watch where you’re going either by raising your head out of the water every so often while mid-stroke, or off to the side. If you’re going down a beach, it’s easiest to just sight off the beach (to your side).

So as I’m going along I’m watching buildings, people, etc… and then I see something a bit odd. Fuzzy at first – because…well, everything’s fuzzy with goggles on. 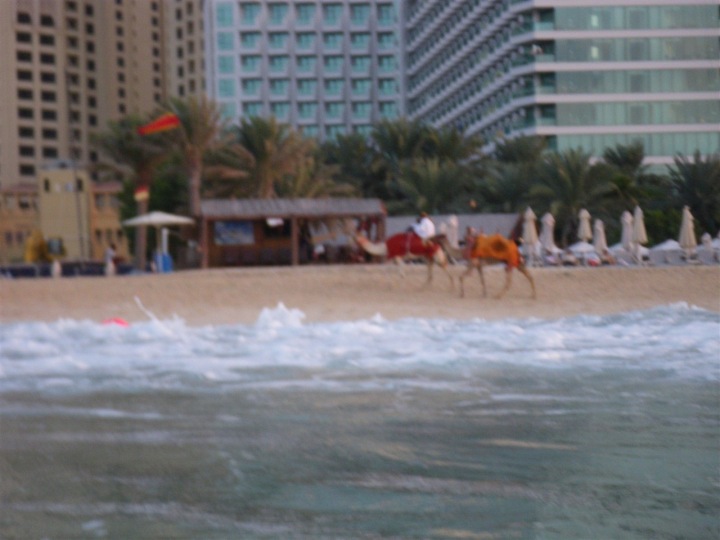 And then again it becomes a bit more clear: 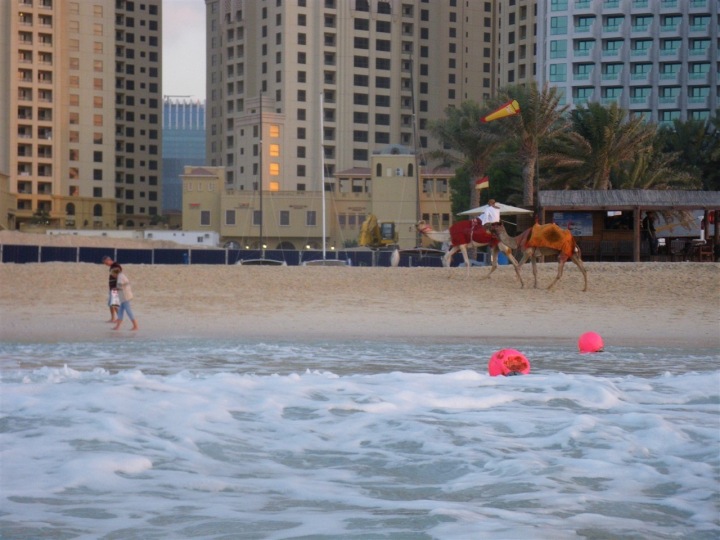 Yes my friends, those are camels – walking down the beach. So with that…welcome to Dubai. 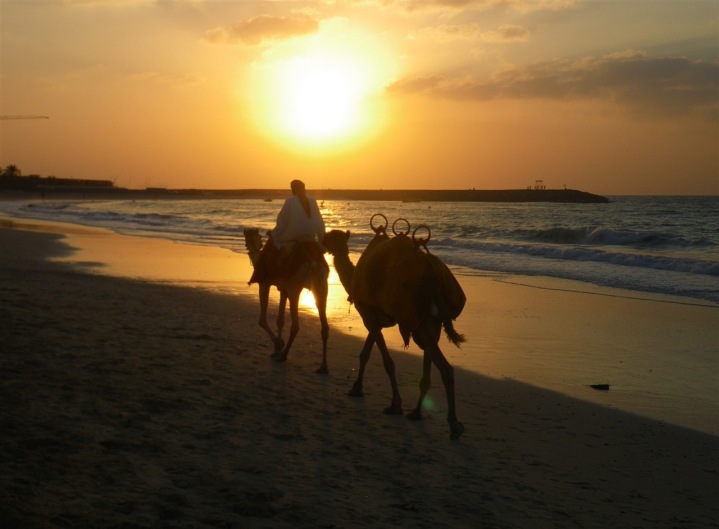 Oh, one last thing – I’ve been playing around a bit with some pretty cool technology integrating the Spot Tracker device I bought this summer. I’ve been working on something that takes all that data and stores it and makes it a bit more flexible and the displays it on Virtual Earth satellite imagery…in real time.

It also allows one to see exactly where I am (when I permit it to). So for this trip I’ve got a little Spot device I’m carrying around that updates every 10 mins while I’m outside away from big buildings (like any GPS device basically). In Dubai today it was a bit rough because we were mostly downtown, but as the rest of the trip slowly transitions to more remote places (like the middle of Africa), it should actually update more often.

You can check it out here. For those curious about all the technology behind it I used, I’ll write something short up here in the next day or so. Oh, and I’m continually adding new features/functions as I have time on flights.