Today was nothing short of long.  Not quite exhausting though – just tiring.  So much stuff packed into so little time.

Up at 5:35AM to catch a 6:55AM flight from Reagan National Airport to Atlanta.  The cool part about DCA is how darn quick it is.  Out of the shower and out of the garage in 15 minutes, the drive to the airport only took 12 minutes.  I was parked less than 50 feet from the skybridge to the terminal.  Mr. Checkin machine and a 2 minute trip through TSA-land later and I was at my gate by 6:15AM (remember, I was sleeping comfortably at 5:34AM).  I love DCA! 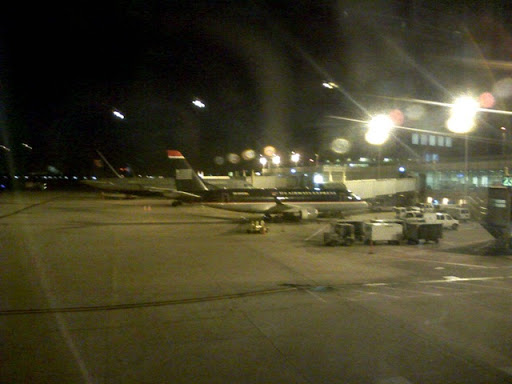 From there, arrival in Atlanta and zipped off to the location where I had to give a speech/presentation at a conference.  After my  session, it was back to the airport to fly back to DC.  I only had 90 minutes from when my session ended to when my flight departed (including driving 25 minutes and dropping off a rental car).  But I managed to make it without issue and have time to grab a smoothie.  Oh, and the best part of all was the fact that as I left the conference center in Atlanta – I saw the below truck again (my most favorite truck ever).  You know what that’s a sign of. 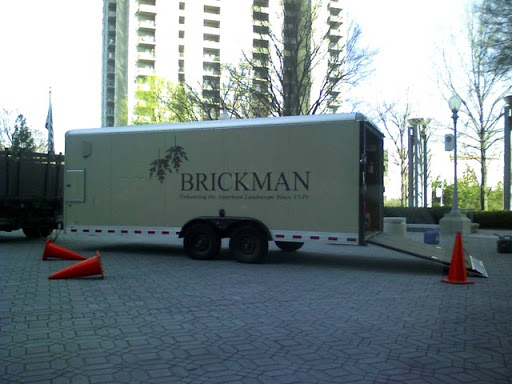 My flight was late by 25 minutes, which made me a few minutes late to meet up with a friend to go running at 6:30PM at Gravely Park, right next to the airport.  I changed from work attire to running attire in my car – sketchy yet functional  By now you’re probably learning I schedule things REALLY REALLY close, especially travel.  99.99% of the time it works out.  The other .01% of the time…life happens.

Speaking of life happening – as I was changing I realized I didn’t bring any running socks.  Doh.  So I had to wear what I had on. I.am.fashion.  Since I had a bike immediately following – I figured might as well keep the same socks as opposed to dirtying another pair. 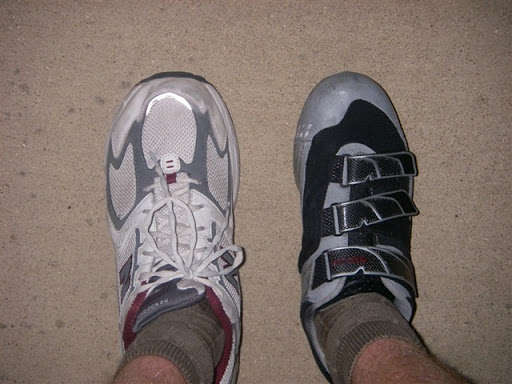 We ended up running a wee bit longer than I intended.  It was fully my fault – I was determined to get to a certain semi-scenic location on an otherwise non-scenic (but different) route.  We ran just short of a half marathon (11.71 miles).  It should be noted at this point that a taper clearly isn’t in order for this weekends’ HIM race. 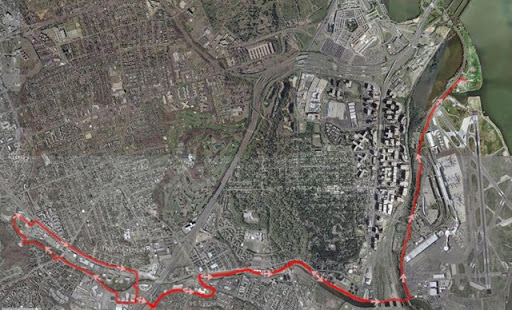 It’s funny to think I could accidentally run a half marathon – and not feel a thing afterwards.  You kinda have to step back and think about it sometimes and realize how different so many of us are compared to the fitness level of the ‘average American’.  We train so often that we often times just look at our performance and become disappointed when we don’t do well or have a bad day…sometimes one just has to step back and realize what you’re really accomplishing.

By this point it’s 8:20PM.  And it’s time to get my bike in.  So I zip home and jump on the trainer and give it a whirl.  As usual, a mix of everything from high wattage to high cadence to the evil one-legged drills.  Thankfully Mr. Tivo was doing his job and so I was able to watch American Idol in the exact amount of time I spent on my bike (skipping commercials).  That worked out well.  And it’s good that Kristy Lee Cook is still on…cause she’s hot (and from the Northwest..and hot).

After that…it was time to eat. (For those keeping track, by now after addressing some work e-mails, it’s 10:30PM before I start eating).  I downed half a jug of chocolate milk (3 glasses) when I realized I should probably stop.  And I made chicken nuggets from a bag.  Just so you don’t think I create fanciful dinners every night.  Sometimes all I have time for is 10-12 minutes at 450*.  Life happens there too. 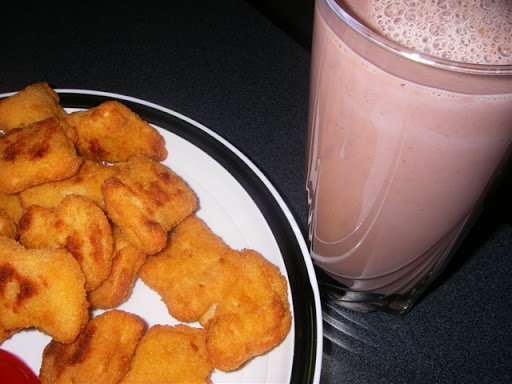 Oh…and after all of that, I wandered out to the mailbox and found I won an award at work…with cash.  Wootage!