I arrived relatively late (ok, technically really early – 1:15AM) last night into the Oceanside area – about 30 minutes north of San Diego.  This where tomorrow 2,000 less than smart people will set off onto a 70.3 mile journey of joy (instead of just enjoying the beach).  I am one of those peoples.

I had three activities planned for today:

As you can see from above – this race doesn’t really have a taper for me.  It’s in many ways just another training weekend.  My coach and I only tweaked two workouts (Thurs/Friday) – otherwise the rest of my week was normal. Obviously the weekend load will have less because the race is less than I would normally train, but the added physical stress of a race will make up for it.

Oh…and I had to put my bike back together in a way that roughly resembled how it was before I took it apart.  Happy to say that worked out. 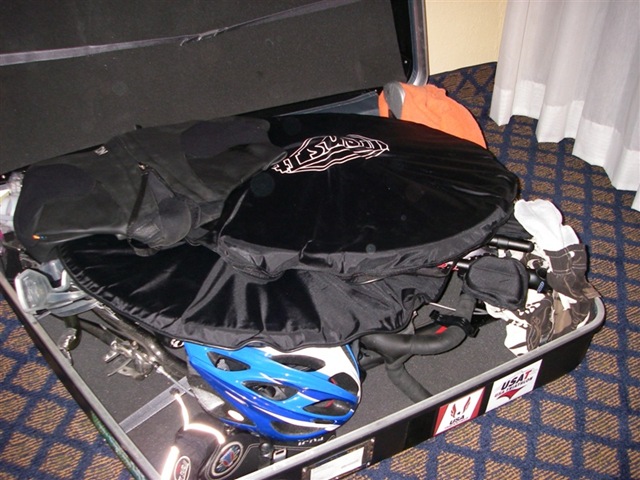 (Yes, you’re really in awe of that stylish hotel carpet…just admit it)

I forgot how much I enjoy California.  It’s so nice to be able to bike aimlessly in this area and the scenery is incredible.  But more importantly – I met up with blogger Monica to do a nice little 45 or so minute ride.  She’s pretty cool, and pretty much exactly like she is in her blog.  We kept the ride to a short out and back, I was trying to keep it in Zone1/Zone2 – just easy.  The only problem is the roads out here are incredible – so you naturally go faster than you probably should.  If you have a chance to go on a ride or run with Monica – you definitely should take advantage of it.  Plus, I was sneaky enough to get her to tow the line into the wind on the way back.  🙂 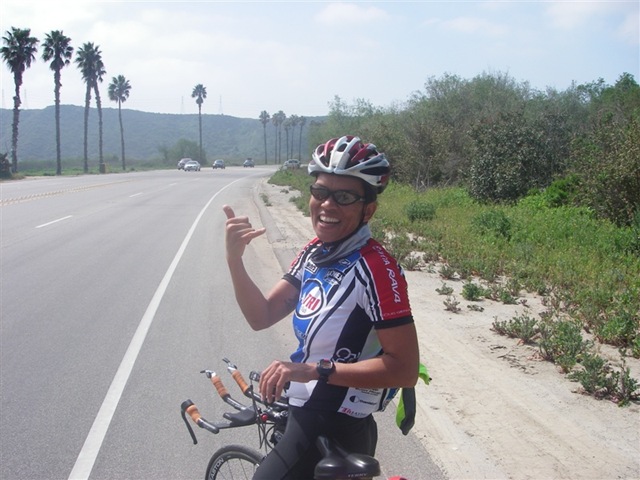 (Here’s Monica as we turned back towards Oceanside)

The Expo and Packet Pickup 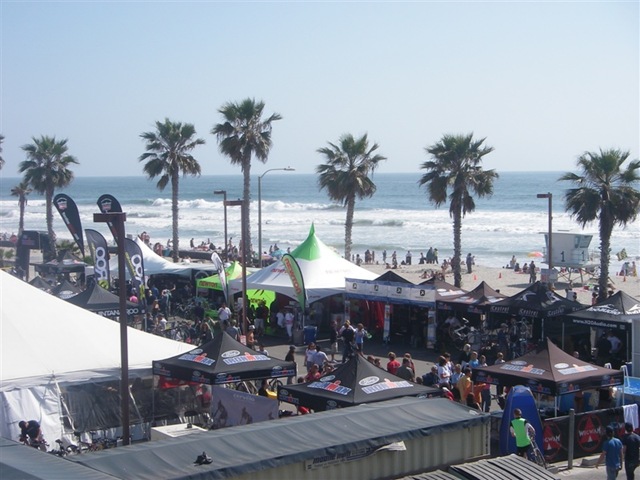 As an interlude after lunch it was time to pick up my packet and swing through the expo.  (Note, you first have to navigate through bikini clad chicks everywhere, major distraction).  Normally I don’t buy much more than a sticker or two.  I failed miserably today in that respect.  I bought both an aero helmet and a new tri suit.  Oh well…my hotel was super-cheap, so it kinda makes up for it. 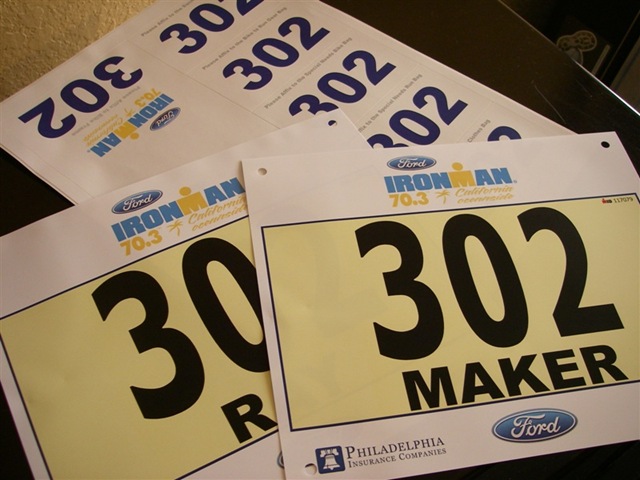 Here’s my number – I’m now official!  Btw, they give you a crap-load of sticky numbers.  I have enough to plaster every surface on my bike with them.

Floating in the sea:

While one could go to a pool, it’s much more fun to swim in the open ocean.  The only catch is that the area where the race is tomorrow is closed off – so we had to battle the surf and get out a ways first.  But it was so much fine.  Did a quick 15 or so minute swim parallel to the beach and then just hung out a bit and floated out there.  Then we came back and just chilled on the grass (pictured below), people watching.  This area rocks!  I want to move here. 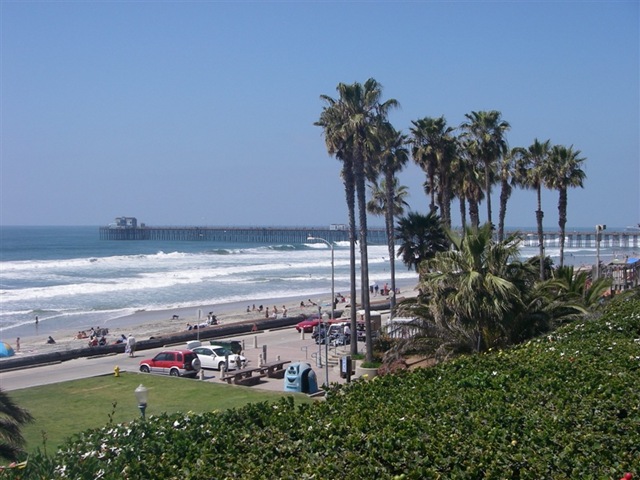 Tomorrow’s Goal
Sub-5.  Based on my numbers, that should be achievable barring any complete failures in two or more sports.  I won’t post my predicted time here, but usually I’m within about 1-2 minutes.  If I posted it, then it wouldn’t happen.  Duh. 🙂

The season kicks off in just a few hours and I’m super-excited about it.  Should be a blast!  With that…let the games begin!