It seems like it’s that time of year again – when we start to see shifts in power meter pricing and companies tweak their strategy for the year ahead.  The first to move this year was actually Pioneer, back in January, with some shifts I’ve highlighted down in the charts below.  And the second comes today, with a sweeping series of price adjustments by PowerTap across all three product lines (pedals, hubs, and chainring).

Given these changes, I figured this would be a good time to do my sorta annual power meter pricing deep dive. It’s something I loosely track on a spreadsheet a few points a year, catching various data points along the way to gather a long multi-year look at where prices are going across all of the units on the market ( shipping, planned, and no longer shipping).

But before we do that, let’s dig into the PowerTap pricing adjustments, as they are definitely a significant part of the story on what’s happening. 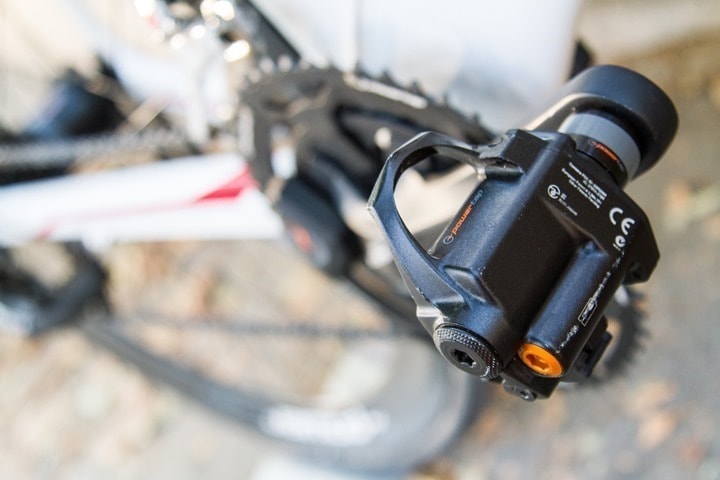 The most notable pricing shift just happened this hour.  Which is that today, for now the second time in six months, PowerTap has been forced to substantially shift their pricing on their P1 pedals, this time down to $799USD. Of course, the first time this occurred was a few hours after Garmin announced their Vector 3 pedals back in August at Eurobike.  But that wasn’t enough.  Since then PowerTap P1 pedal sales have entirely evaporated.

The reason? Well at $999, they only matched Garmin’s Vector 3 pedals.  The Vector 3 pedals simply looked prettier (seriously, that’s the major reason most folks have given as to why they’re going Vector 3 over P1).  But they were also more functional.  Vector 3 included Cycling Dynamics metrics, whereas PowerTap didn’t (yes, we can debate the merits of those metrics).  The metrics PowerTap had weren’t displayable/recordable on a head unit, making them less useful to most outdoors.  Of course, Garmin opened up Cycling Dynamics last fall at the ANT+ Symposium, but 6-months on, and no outward progress has apparently been made by other industry players (including PowerTap).

Now PowerTap’s woes weren’t entirely Garmin’s fault here.  In fact, Favero is heavily part of it as well.  See when they released their very functional Assioma pedals this past summer they did so at $799USD, undercutting everyone. They were accurate, easy to install, didn’t require special tools, and broadcast dual ANT+/Bluetooth Smart.  Heck, as of yesterday they even work with oval chainrings (e.g. Q Rings). The only caveat was that they still had little pods attached to them, so they weren’t quite as svelte in the looks department.  But technically they were solid.

That meant that for consumers, the choice was basically:

PowerTap and their P1 units got the cold shoulder on the dance floor.

Sure, there were minor other choice factors beyond that simple price/looks factor – but ultimately, that’s what it came down to for most buyers.  In fact, PowerTap probably got a minor breather in that Garmin’s Vector was delayed about a month, and then production has significantly lagged since – meaning backorders are still an issue (and appear they will be until at least April).  Vector 3 has also seen some battery cap/pod issues lately, though the number of people impacted seems pretty minimal.  Either way, that too appears to be slowing production further of Vector (which helps their competitors).

It’s a strong option.  Now you’re basically left with two very functional units at that price point (PowerTap P1 and Favero Assioma), both of which have nearly identical specs from a software/functionality standpoint.  One can thus essentially just argue on whether they like a chunkier pedal without a pod, or a sleeker pedal with a pod. 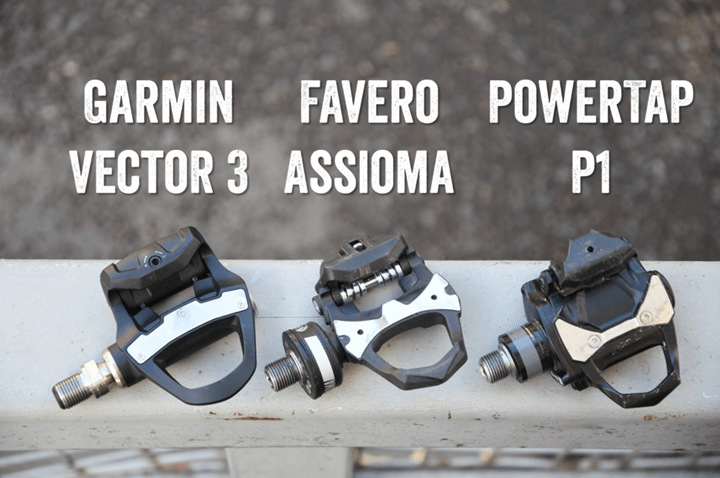 In other words, once again it’s largely down to aesthetics.  Or failing that, the massive list of features you can compare here in my full pedal-based power meter deep-dive.

And while we’re at it – PowerTap also lowered the price on the rest of their lineup.  Most notably the hubs and wheelsets saw some pretty substantial drops, and the PowerTap C1 which is having availability reduced, is now permanently at $349 (an incredible deal).  Here’s a few tidbits in there:

Of course, PowerTap does probably need to think about how to refresh their existing P1 pedal if they expect it to be viable long-term.  At exactly three years since announcement it’s starting to show its age. This new pricing point will hold the water well enough for this year, especially if they can add official Cycling Dynamics support to it – which would, from a marketing standpoint, breath new life into things.  But I suppose that’s largely on the ANT+ Power Meter Working Group (of which PowerTap is a member) to finalize.

How Pricing is Tracked: 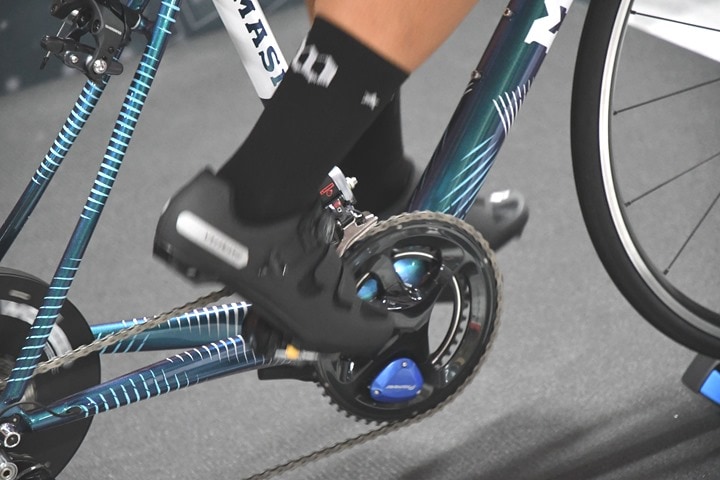 In order to keep things simple, I put down some ground rules on pricing (I had to draw lines somewhere):

1) Non-sale prices: The lowest non-sale price for the unit within that calendar year.  I didn’t want Black Friday sales and the like hosing it up.
2) Only list/retail prices:  Some bike shops may offer discounts (I.e. the DCR Clever Training 10% deal), which would make it difficult to track all units equally.  So I excluded those.  Also, shipping costs are excluded since that’s usually based on the retailer.
3) Whatever model is cheapest: Finding the least expensive unit offering they have.  Most power companies have a myriad of variants available.  I just went with the cheapest unit they sold in a given category, with no accessory options.
4) US Dollars: Products are priced at all sorts of levels globally.  I just went with USD, because quite frankly I can’t keep track of hundreds of currencies and product prices in those currencies.
5) Shipping Products only: While I do show both shipping and announced (not yet shipping) units in the first few charts, I only focus on products you can actually install today after that.

I should point out however that previously SRM didn’t really want to ‘play’ in this historical exercise (despite numerous official and unofficial requests).  And while a few awesome non-SRM folks have tried to help me piece this together, I felt like the data was too unsure to include it.  Rather be safe than sorry.  So right now I’m only going with a single SRM 2015 data point and will collect data points going forward.  If I can get historical base-unit USD price list data that I absolutely trust (without the head unit or accessories), then I’ll add it in.  Otherwise, we’ll just mentally note it was more expensive than everyone else (since it was).

As you might guess, I wouldn’t say I have a flawless method, but I think it’s reasonably solid.

You’ll notice I included the PowerPod in there, which is a non-direct force power meter (DFPM).  It uses aerodynamics to determine your power output.  Yet, I didn’t include the $99 PowerCal.  In my testing, I don’t feel the PowerCal is in the same ‘accuracy category’ as the PowerPod, hence my line in the sand.  Definitely read both reviews though to understand the pros/cons of those products (PowerCal review here, PowerPod here)

And finally, I haven’t included any unannounced products, nor any products that aren’t shipping.  I actually can’t think of any announced yet unshipping products at the moment, so that takes care of that too.  And for completeness, products that are either dead by their own admission or I’m considering dead/discontinued are: Brim Brothers, Ashton Instruments, Xpedo Thrust E, DynoVelo, Look ANT+/BLE, Polar Power, Limits (no longer for sale).

Like years past, I’m going to run through a whole bunch of charts, because charts are pretty.  I liked the charts I used last year, so I figure why change it?  First up is all units shipping today: 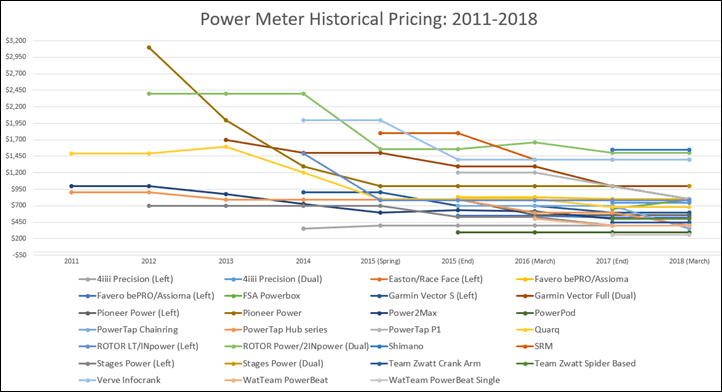 Obviously it’s tough to figure out all the colors and dots, there are only so many variants of yellow here to work with.  But the general trend is what I’m going for here – and that’s super clear.

Next, I’ve historically shown pricing of futures units (things that have been announced but not yet shipping).  But there actually aren’t any of those to my knowledge at this time. Thus…no need to show an empty chart.

So let’s break them out into crank region ones first (anything involving the crank spider or crank arms, but not including the pedals).  It’s perhaps a bit arbitrary, but eventually you have to draw the line somewhere. And yes, there’s some semi-duplicate colors.  Look, there’s only so many colors of Skittles, and we’ve run out of new ones.  This is not the 128 pack of Crayola here.

Then pedals based solutions, both dual and single sided:

Then looking at the various left only solutions.   The lowest here is WatTeam at $259, though even that can be had cheaper if you simply buy it with a friend as a two-pack (but that would violate my rules around keeping things tidy data-wise).

There’s only one wheel hub on the market, the PowerTap hub.  It continues to see price drops, and today was no exception.  It’s still an awesome workhorse, and probably the unit that much of the power meter industry counts on to compare against during road testing (since it’s outside of the crank region that many are developing products within that would mechanically conflict).

Oh, and I didn’t make a chart for the PowerPod non-DFPM, because it would just show a single dotted line as they haven’t changed their price any since shipping (at $299). 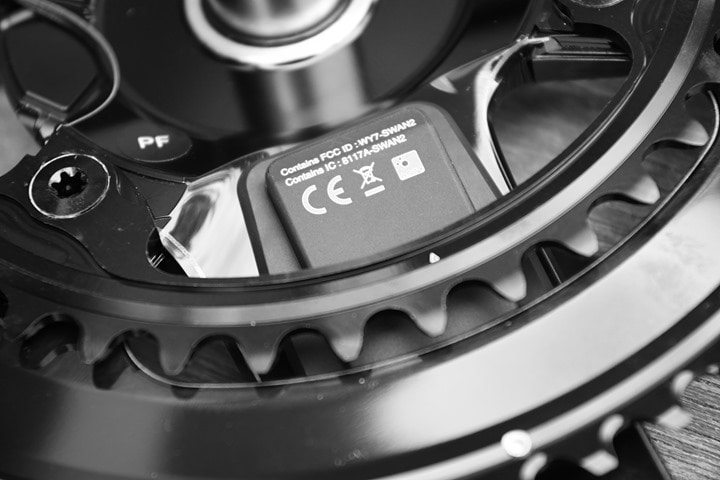 Most players announced new units in 2017 or figured out supply chains from late 2016 announcements that finally delivered in 2017.  They included the following 2017 power meter rollouts (shipping or announcement). Seriously, just look at this list!u

As such, we’ve got a massive pile of companies that are likely in between product cycles.  Certainly, we’ll inevitably have startups that come to fruition, but even that I think those players have a tough road ahead.  About the only opening for a power meter company is to compete significantly on price, and do it out of the gate with virtually no timeframe between announcement and units in peoples hands.

The trust of startups in the power meter realm is gone. After Limits and a few others, there is no trust of power meter startups that can’t put units in people’s hands from Day 0 and demonstrate they have functional and accurate devices.  Thus the bar has been raised for new entrants in that they can’t just announce something at Sea Otter (coming up next month) and then deliver it at Eurobike or Interbike. Sure, they might get some early media coverage, but there are so many players now that nobody is going to wait around for it.

I still also feel like the ball is in WatTeam’s court to refine their product and take care of the few quirks that remain so that the conversation is no longer a ‘except this little catch’ type of thing.  If they can do that (through firmware updates or whatnot), I still believe they can significantly shake up the power meter industry.  They’re so close to nailing, but in the game of power meters, so close doesn’t mean much.