It was a wet and windy and generally miserable weekend in Paris.  But I still made the best of it! Here’s what was happening.

To combat the cold rainy weather, we started off the weekend with ramen at our favorite spot and followed that with a walk around town to take some night photographs. 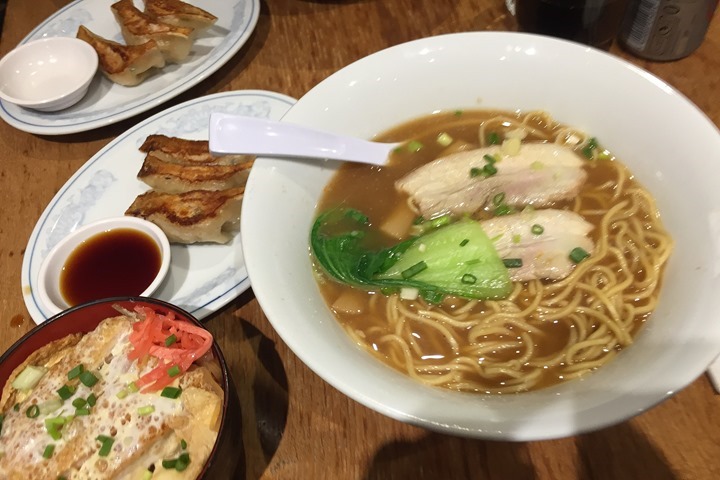 While I have countless photos of around Paris, most of them are either from day, or they’re during runs/rides.  Less so nicer photos taken on my DSLR.  We ended up just wandering a bit from the Louvre area and onwards to the Eiffel Tower.  We would have gone further, but we ran out of time wanting to get back home to the little nugget and the babysitter. 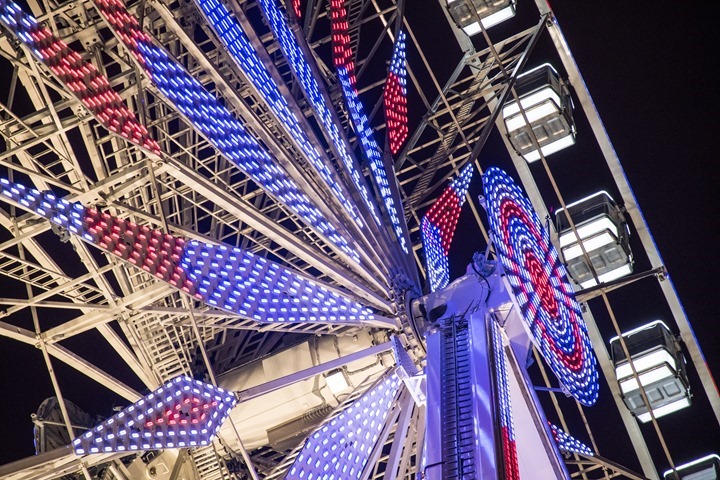 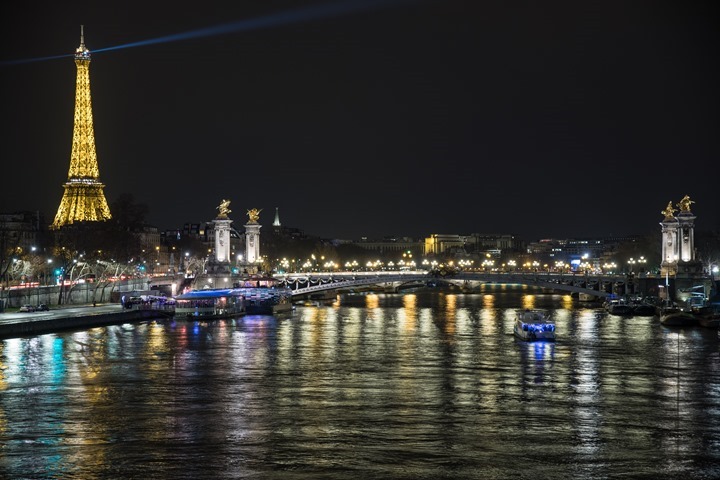 Unfortunately, the guys at the Louvre decided to close down the outdoor area early this night.  It appears there was some sort of construction thing going on, thus limiting our photos there. 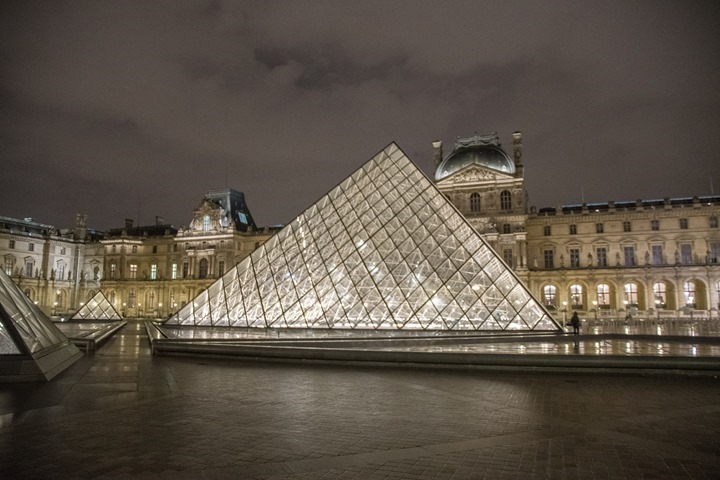 Still, I got a handful of neat shots overall.  And even more once I get around to editing them all.

2) Running around in the rain 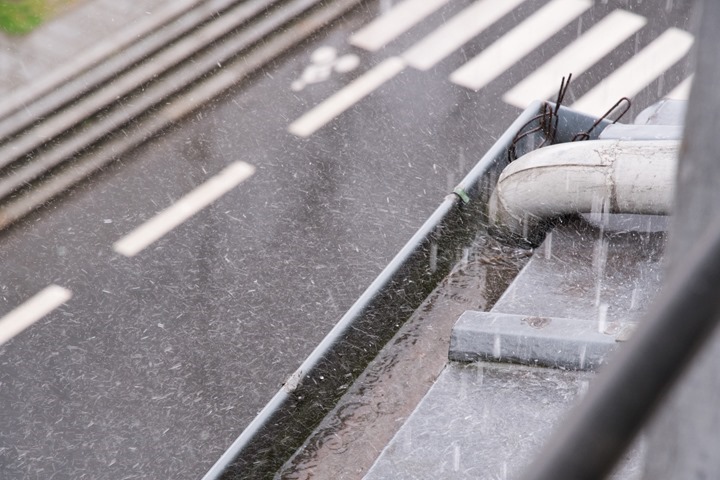 Except, late afternoon it seemed like it was letting up.  Naturally, I figured I might be able to squeeze in a short run before it started dumping again.  My hope had been to run semi-short (40-50 mins) on Saturday, and then do a much longer ride Sunday.

So with a break in the weather I headed on out, just around our hood, and then up to Jardin du Luxembourg. 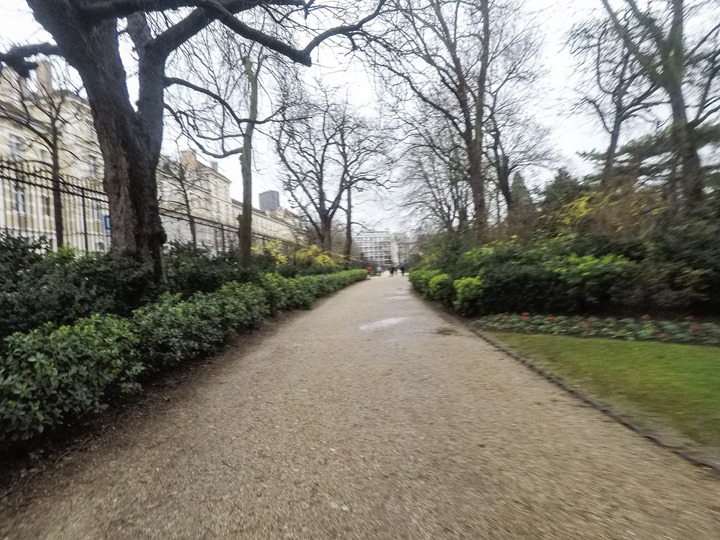 Naturally, the gap in rain lasted about 6 minutes…before it started dumping again. 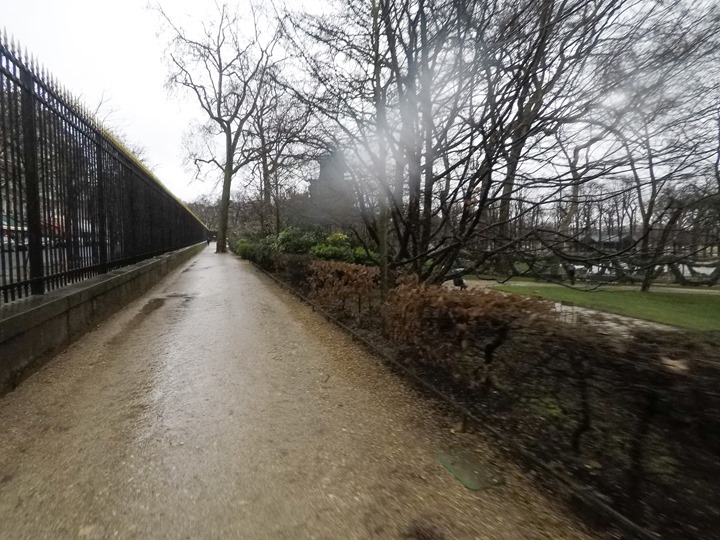 You could tell almost every other runner in the park had the same plan of trying to fit in a run before it started dumping again.  Nobody was wet initially…but in short order everyone was soaked.  Including the Pantheon. 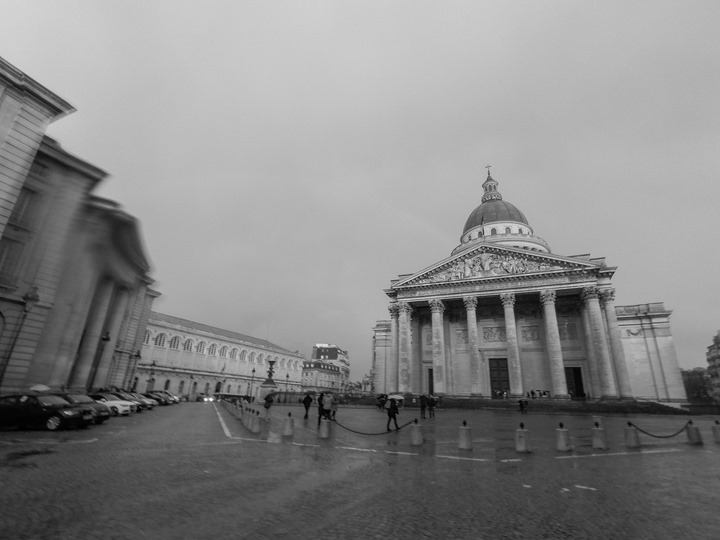 …and my collection of watches. 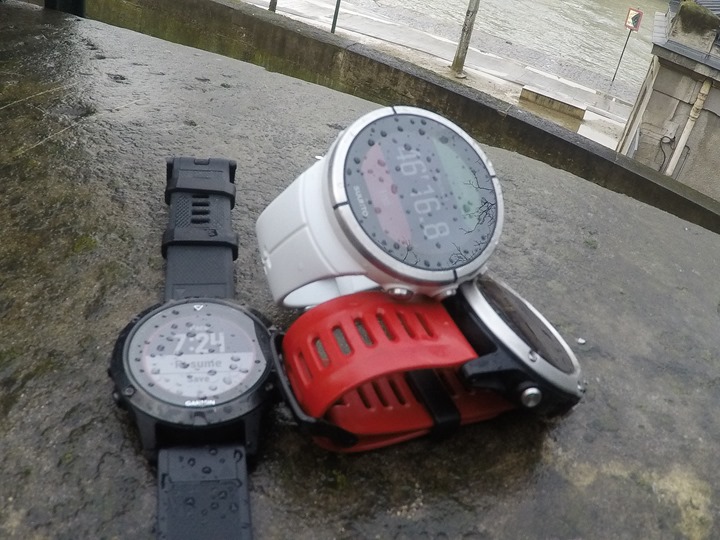 Well, at least I got a run in.  Rain or shine…or something like that.  On the bright side, I went home and made fresh pasta and meat sauce.  I picked up the meat from the butcher. 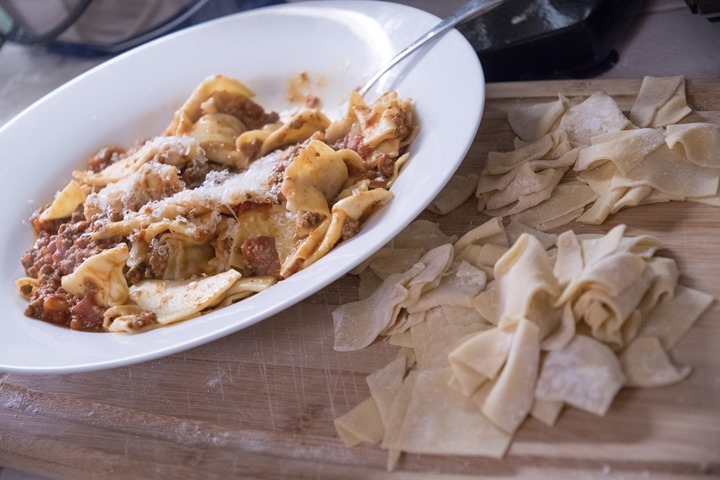 3) Checked out the Paris Half-Marathon 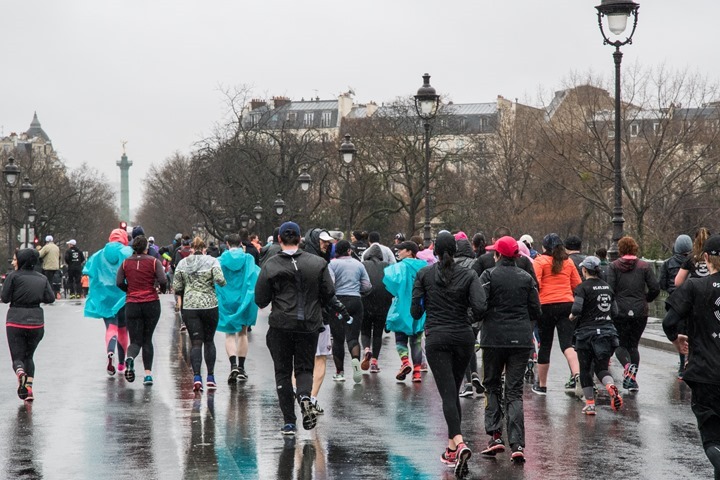 Sunday morning was the Paris Half-Marathon (technically the Fitbit Paris Semi-Marathon).  The route was a bit different this year, taking it within about two blocks of the DCR Studio/Cave.  Which is just a few blocks from home.  I figured I’d catch just a few of the 38,000 runners and cheer them on.

Now the weather was as nasty as it was the day before.  But still, there were people out cheering on the corner nearest me. 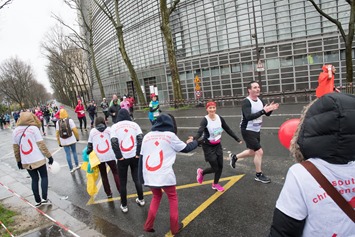 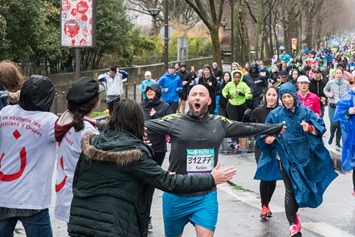 What’s notable about the horrible wind, cold, and sideways rain isn’t so much running in it. Of course, that sucks.  But it’s the realization that most of these folks had been standing in said rain at the start for likely an hour or more.  The starting area has very little in the way of cover or places to escape the rain.  Especially enough cover for 40,000 people.  And for the most part, when not smiling for the camera, everyone looked miserably cold (and wet).  Especially the lady in the lower left corner. 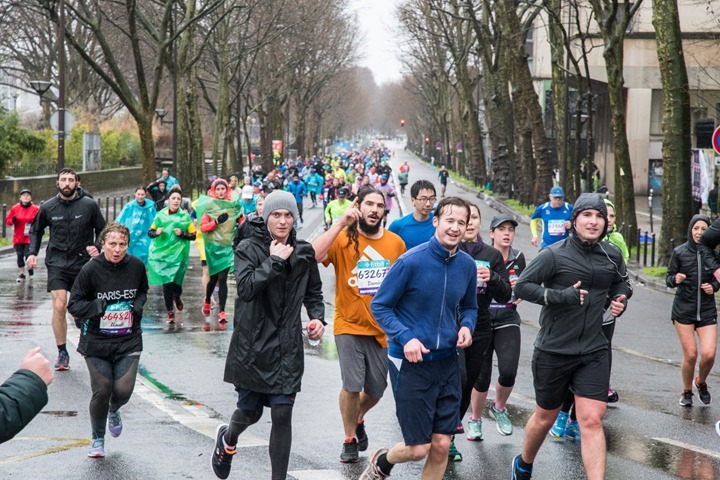 Still, folks were out there gettin’ it done! 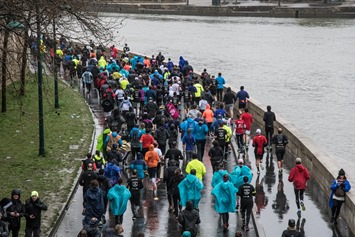 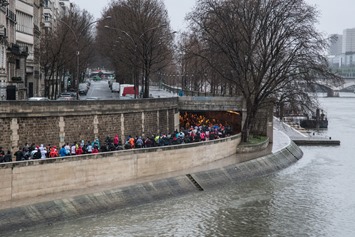 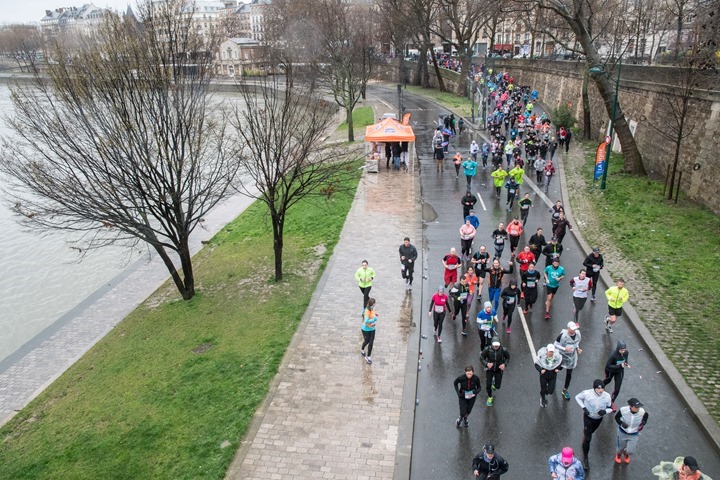 Congrats to all those that ran!  Here’s to hoping next year’s weather is better.

4) Suffered on the trainer

My initial plan for Sunday was to first watch the half-marathon, then to jump on my bike and take a scenic route out past Versailles to watch the start of the Paris-Nice race.  But, with it crapping craptastically from the sky, my motivation level to spend 3-4 hours round-trip in the cold rain was exceedingly low.

Thus instead I went inside and did a trainer workout. 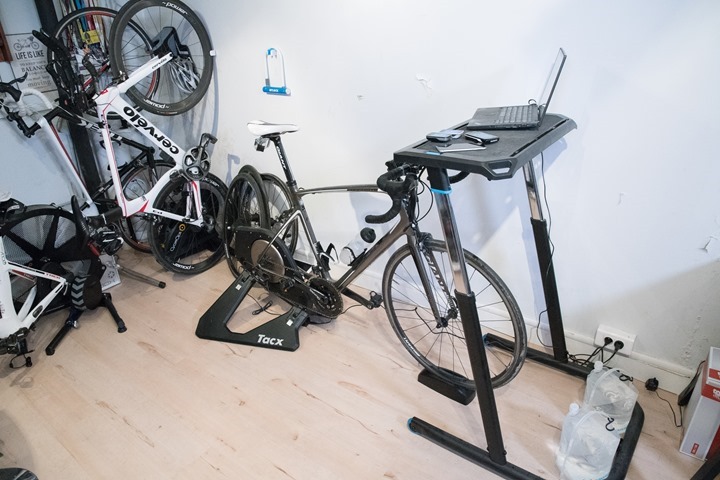 I played around on this day with Xert’s Connect IQ Smart Player app, that allows them to control your trainer and dynamically change the workout parameters based on your performance (during the workout). 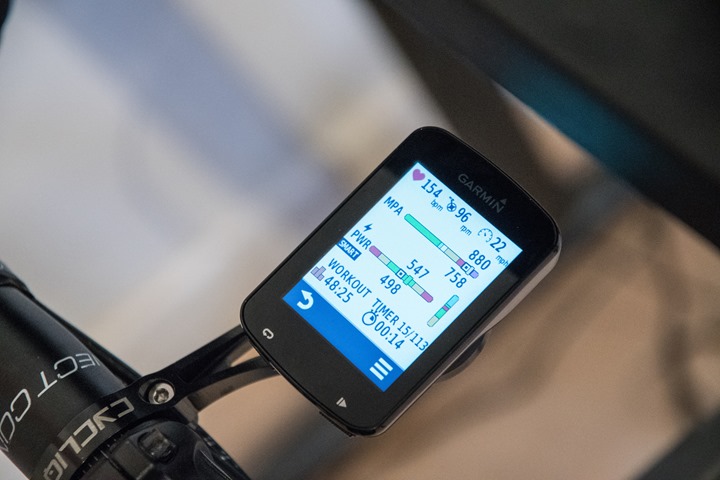 It also then streams the data live from your Garmin back to a web portal that coaches (if they’re on the platform) can view.  Or, you can just view it yourself on a big screen TV. 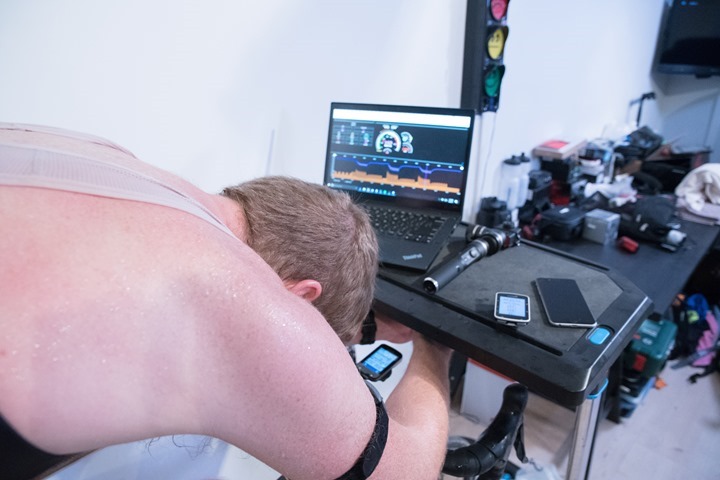 The workout I selected was a wee bit beastly, and as I sit here typing this the next morning, my legs are a bit sore.  The workout is roughly a pile of 20-second and 30-second intervals, at varying intensities, but all pretty high up.

By the third set of these (each one containing about 15 or so individual intervals), my legs simply gave up.  The Tacx Neo shifted upwards to 515w, and my legs finally hit a concrete wall, with an inability to spin any further.

On that positive note I walked out of the cave (which is underground), to find it as now sunny out.  Sigh. 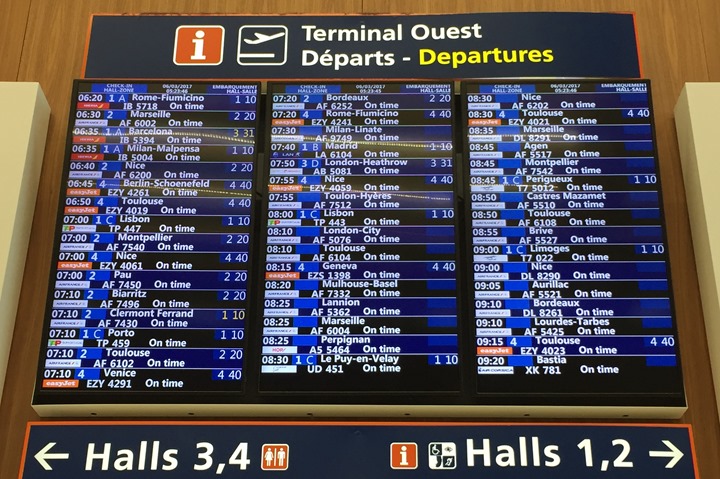 Last up in the list for the weekend was a crazy early morning flight to Mallorca on Monday morning.  It was early enough that it was still the weekend in the US, thus, I’m going with it.

I’m down here just a couple of days for an event, but will also be getting in a bunch of other unrelated testing in as well.  I’ve often come down to Mallorca for both industry events as well as testing of devices.  It’s a super easy/quick flight to get to, and even better when Iberia/Vueling doesn’t lose your luggage. 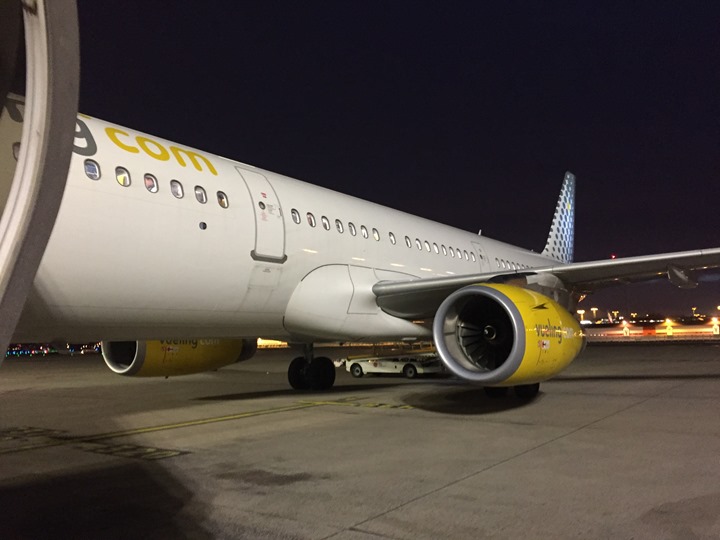 But as with the past, they lost it…again.

Luckily I presumed they would, and packed accordingly.  Keeping the stuff I need for today on me, and then everything else in the suitcase.