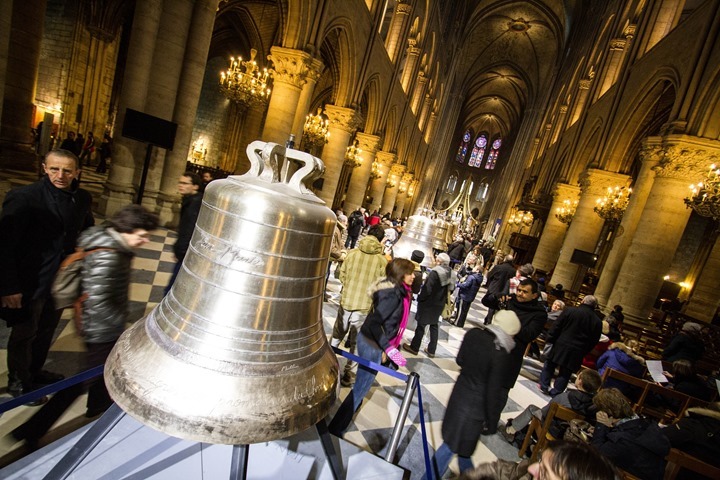 Yesterday celebrated the installation of the new bells at Notre Dame.  Though, the process has taken a wee bit longer than just one day.  A little over a month ago they paraded the bells through the streets of Paris, en route for display within Notre Dame itself.  I poked over one quiet day (this was before it got all busy here), and took a few photos.  Here’s a bit more of the backstory.

In total there are 9 new bells. 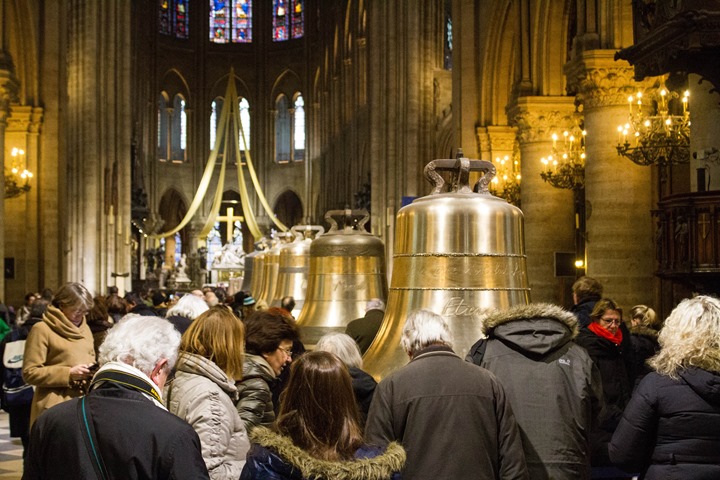 The bells were ordered by size, starting with relatively small, like below – about the size of a fridge: 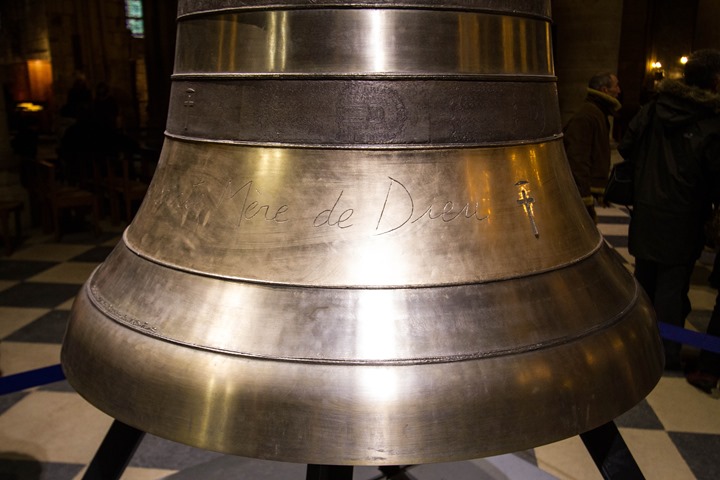 Each bell is named individually: 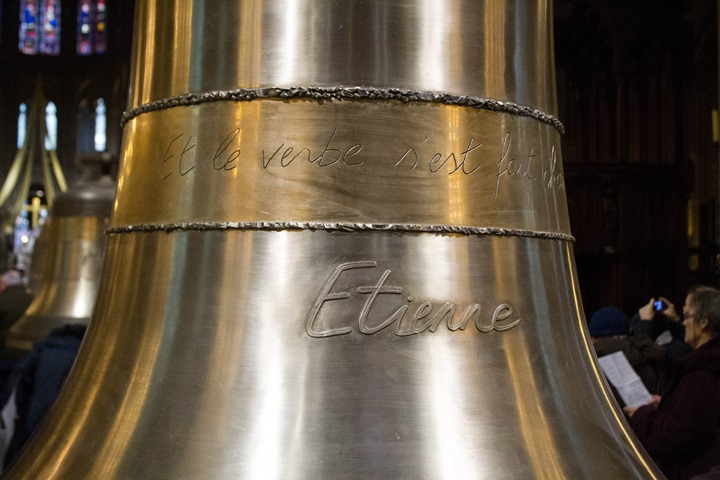 And all of the bells were unique, with some having intricate details carved into them: 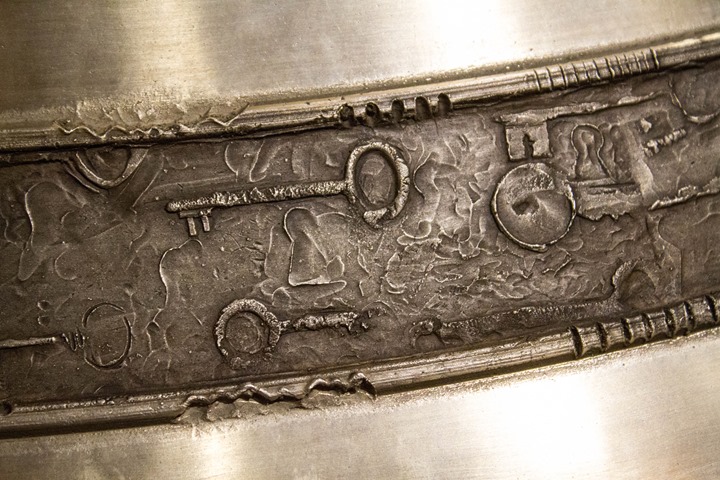 All the bells did have this etched into/onto each one however: 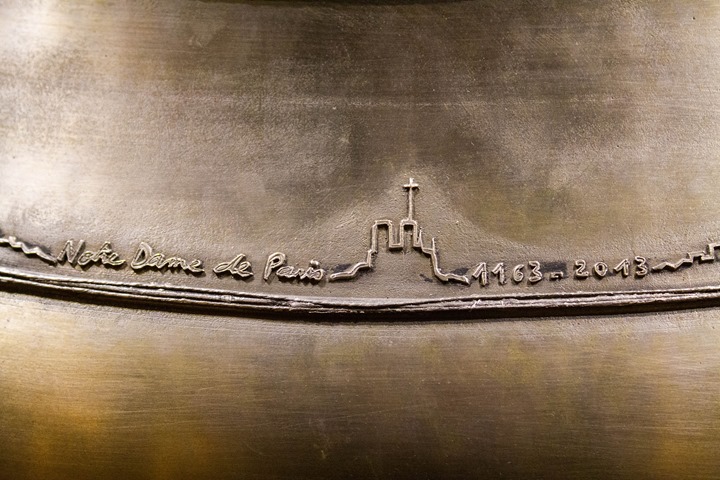 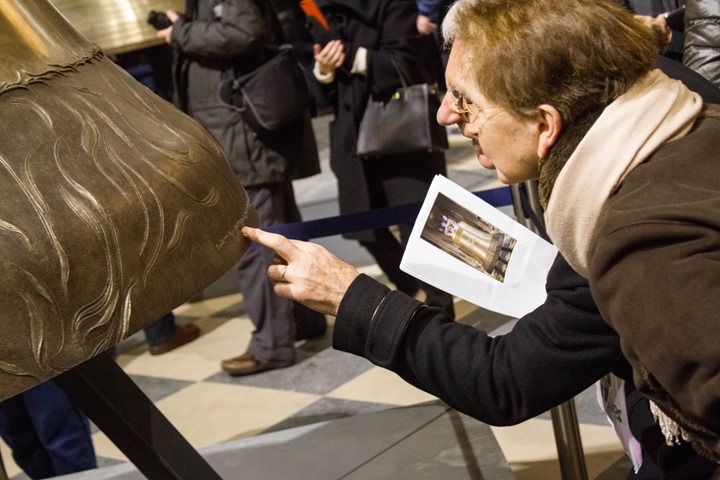 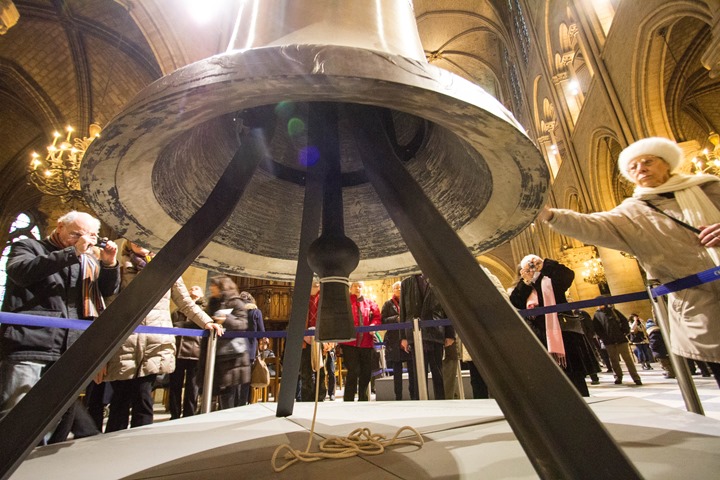 And, it was the older crowd who seemed most enthralled by them. 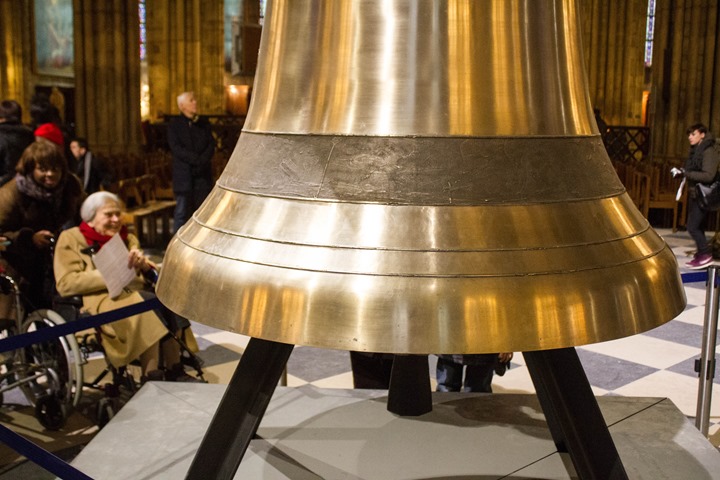 If I was a bell-maker, I’ve gotta say, I’d have been most worried about the little piece at the top that holds the bell up. 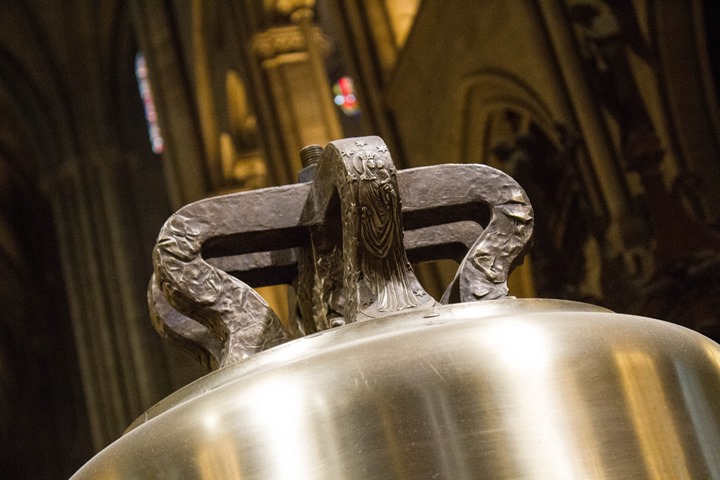 Here, the biggest bell in the flotilla: 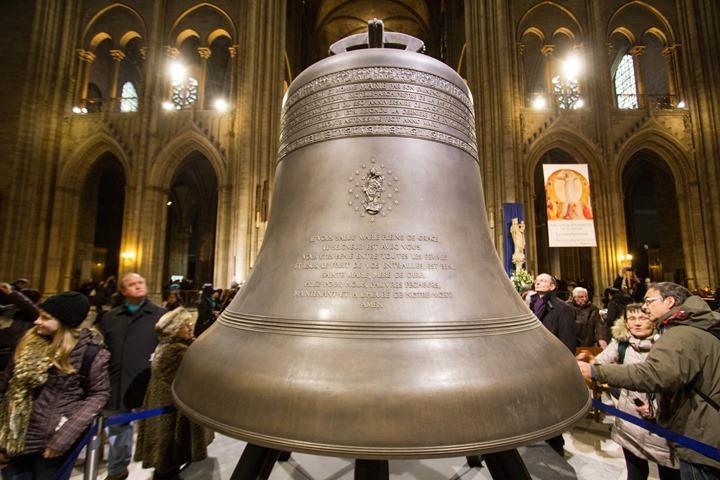 Then, after they were done being on display they started hoisting them up about 3 weeks ago.  It was usually done late at night, like 12AM-3AM type late at night.  A few times when coming home from the CupCakery (if she had a big custom order), we’d see them with the cranes moving them in and out – and the large doors open.  It was funny just how much security (police) they had guarding it all (albeit sitting in cars).  Not exactly sure who they thought was going to run off with a  multi-ton bell.  But I suppose when ya need a bell, ya really need a bell.

Over the last few weeks they’ve been testing the bells.  We’ve long since gotten used to the bells here, so any change in the bells is quite noticeable.  They’d do all sorts of tests, sometimes for considerable time.

Then finally, yesterday was the big bell installation celebration.  They managed to luck into the nicest day we’ve had weather-wise this year, and completely packed the place!  I walked over to check it all out. 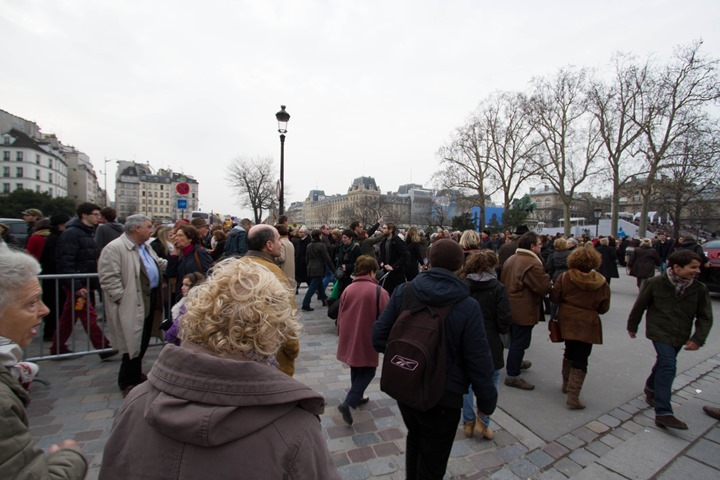 The place was swarming not only with people, but with media as well.  It’s been sorta a big deal on the news here. 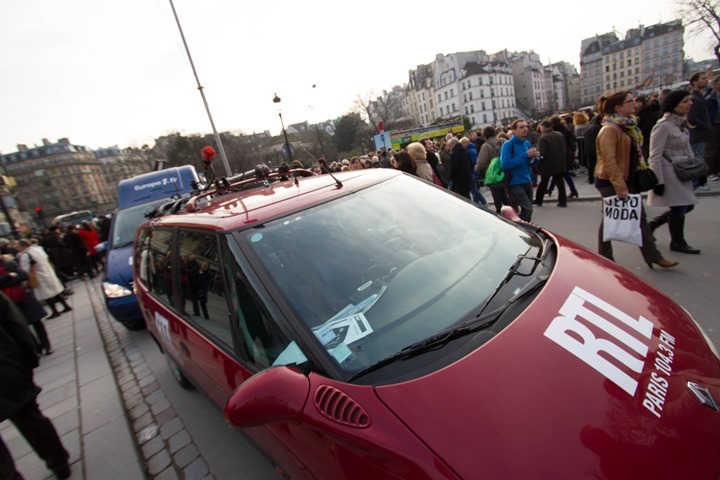 They had these massive screens up to broadcast to…well…the masses. 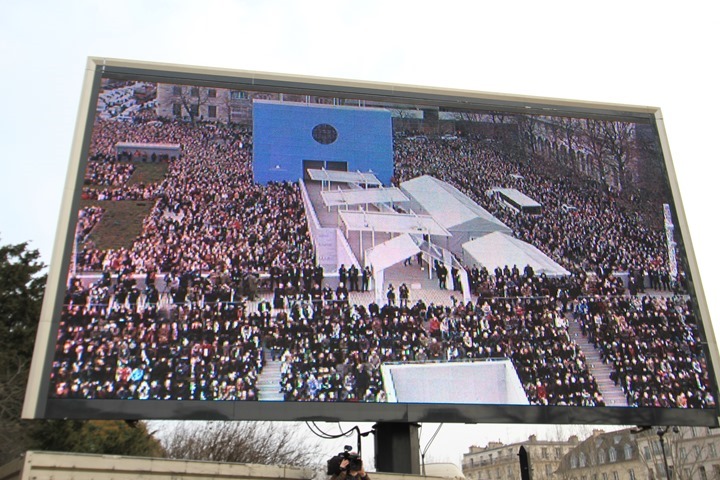 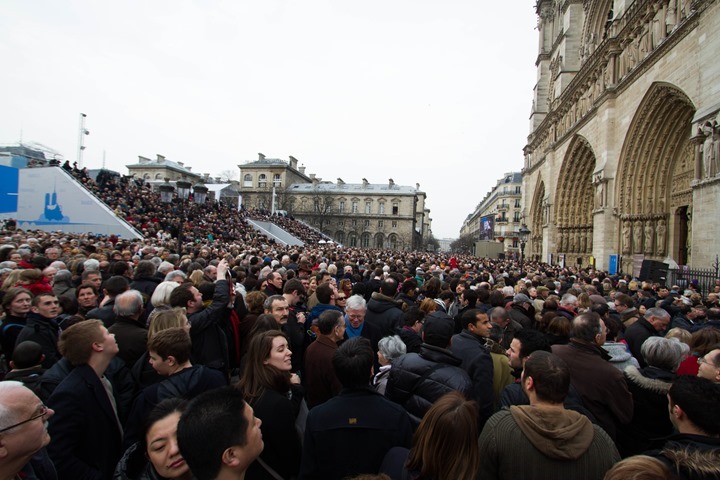 Additionally, there were people everywhere on the grounds of the church as well – just hanging out waiting for the bells: 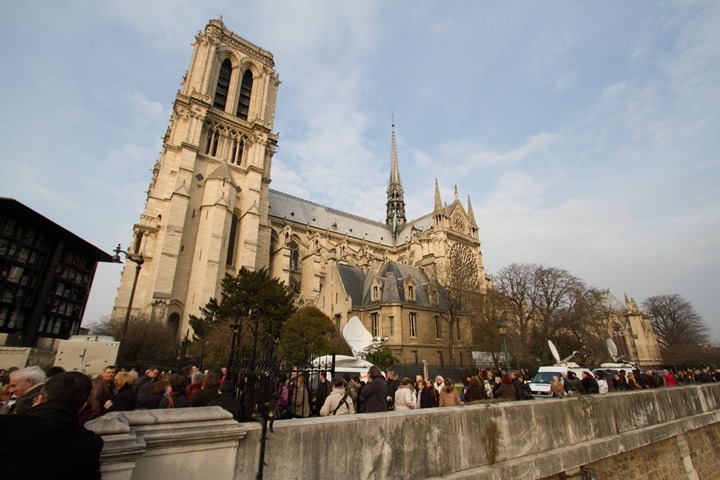 The ceremony was nice and short.  Essentially the main man spoke (Archbishop of Paris): 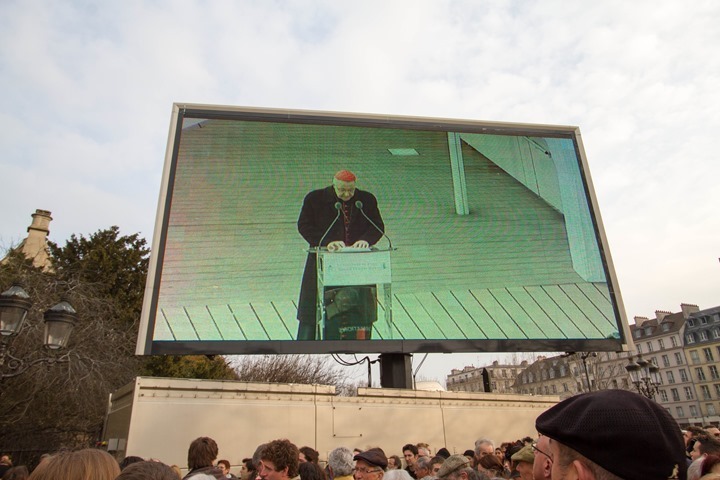 After he was done there was a video showing how the bells were made, along with highlights of their journey to Paris. 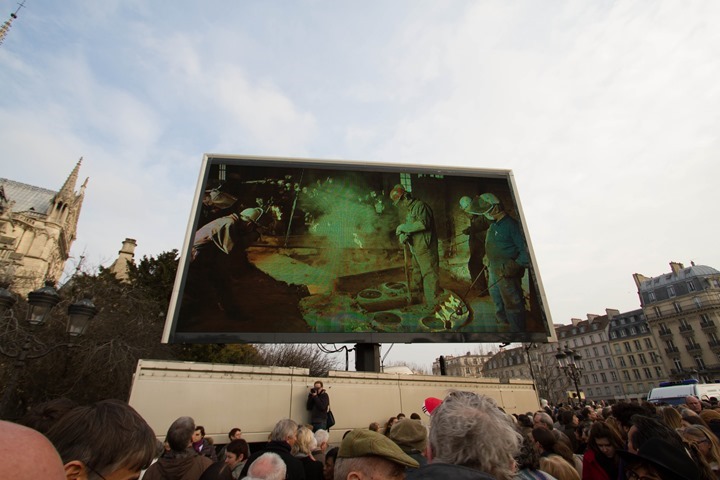 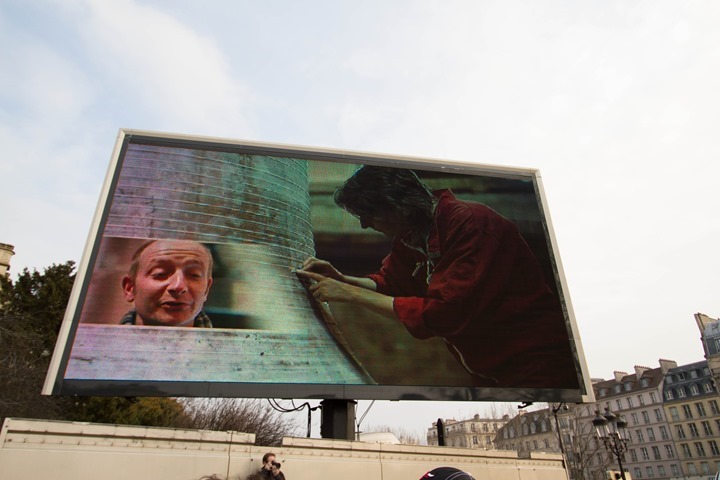 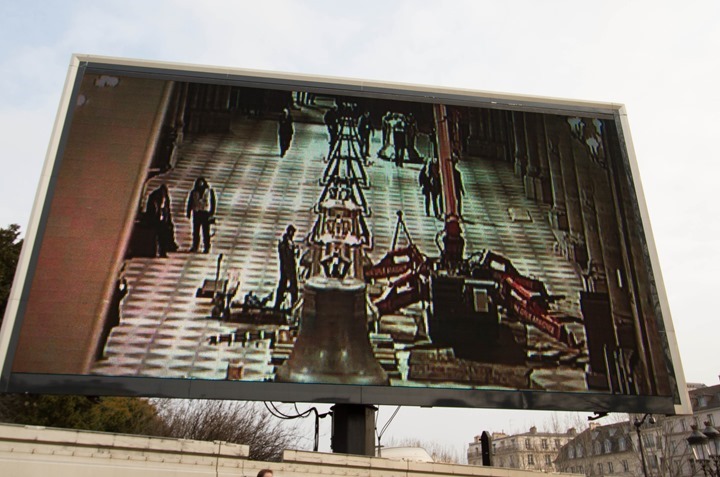 Then, they ding-dong’ed the bells.  For a while.  A long…long…long while. 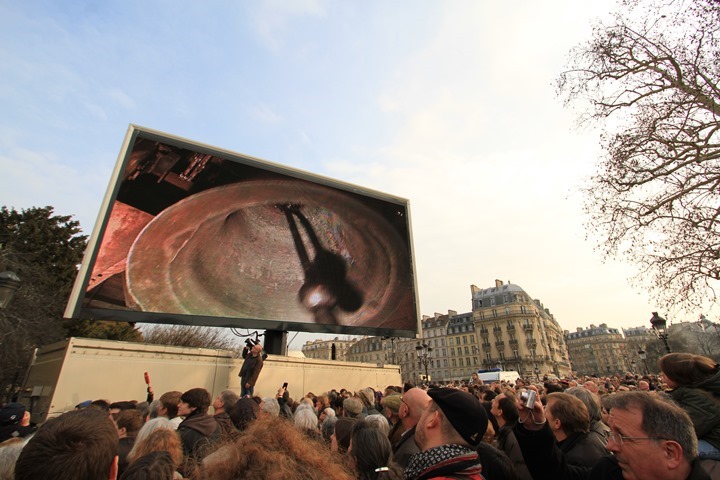 Here’s a small video clip of what they sound like.  Ok, it’s actually two clips I pieced together…and, somewhat long. So you can skip around and stuff.

As I sit here and write this, the bells are apparently on extra credit ringing.  All day today (Sunday), when there is normally just the hour/quarter-hour chimes, they’ve been going at it for 3-5 minutes per quarter-hour.  Thus, a lot of ding-dong today.

But, we enjoy it – part of the experience of living so close to the church.