Behind the Scenes at Recon Instruments

I’m never one to turn down the opportunity to chat with folks in the sports technology industry about what all of you want in consumer products.  So last Thursday night I made a beeline for the airport, first catching a flight to Denver, then a second flight a short bit later to Vancouver, British Columbia (that’s in Canada, no, it’s not part of the US). 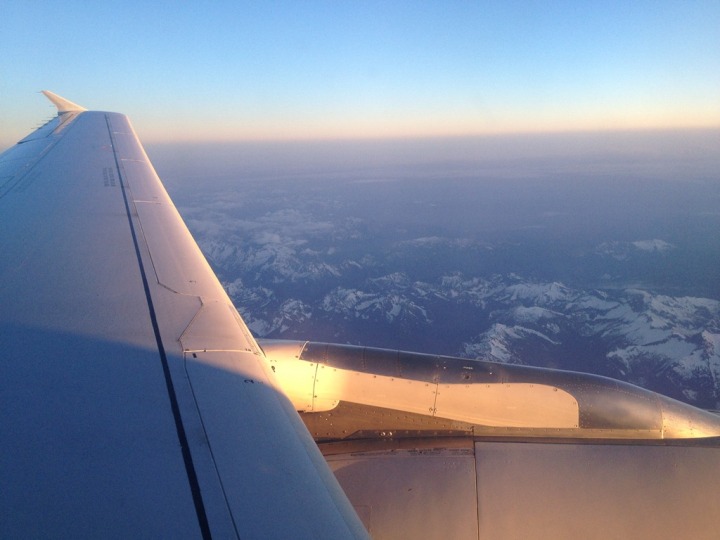 Now despite arriving to an empty customs hall (different country and all), my stay in the immigration area wasn’t exactly as quick as I had hoped.  By that time in the day I was pretty exhausted, since I was operating on three hours of sleep and had been up quite a while.  Thus, my answers about my intentions in Canada weren’t apparently the correct answers.  Sometimes explaining the whole blog thing is difficult (for example, she wanted to know why a Canadian citizen couldn’t simply come here and speak to Recon instead).  This ended up with the initial agent sending me off to a secondary area.  No, not for my baggage, but for me.  It was like you see on those Discovery Channel shows when they’re trying to catch illegal immigrants.  Except, again, with me.

Thankfully, the secondary agent there was able to pull up the site – and even knew what Recon Heads up Display goggles were.  A couple of minutes later he apologized and sent me on my way.  Woot!

Don’t worry Canada, I still love you, and I won’t hold it against you.  After all, you gave me The Girl. 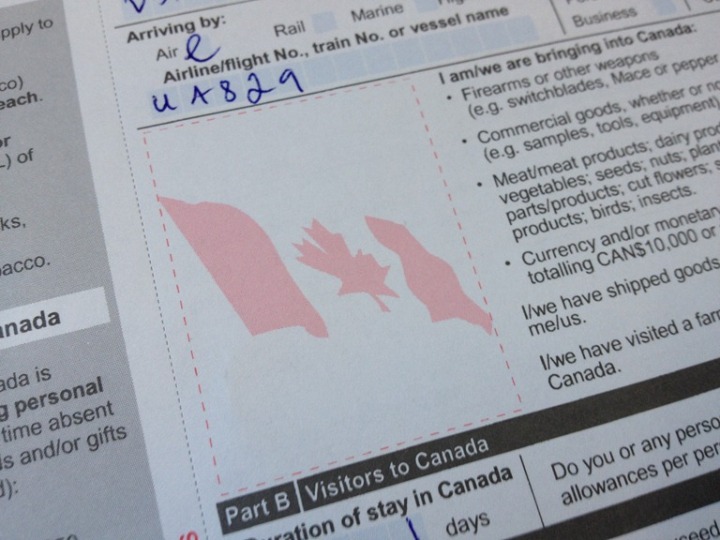 The next morning, I walked a few hundred meters over to the Recon Instruments offices, located in the trendy Robson street area of Vancouver, British Columbia.  The last time I was on this street was during the Winter Olympics in 2010 (in fact, the first few pictures of me in this post were taken in a building almost directly next to the Recon building). 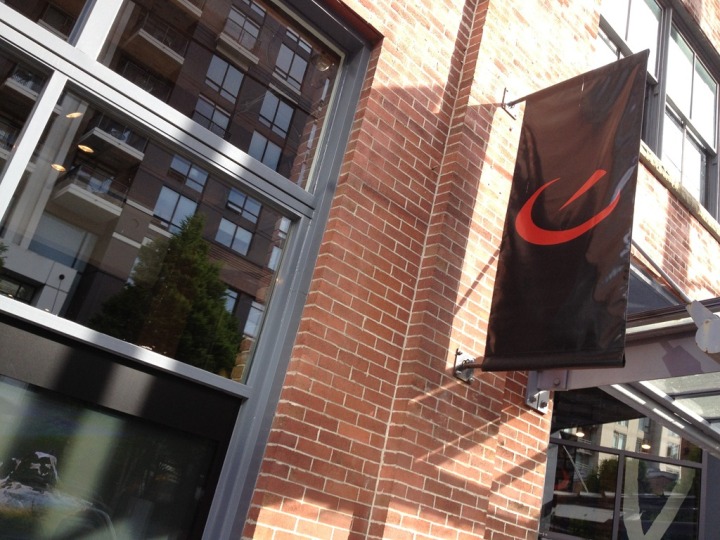 Just inside the front door, I’d find what appeared to have been a hostile takeover of the McDonalds ball pit.  Except, they only stole the red ones. 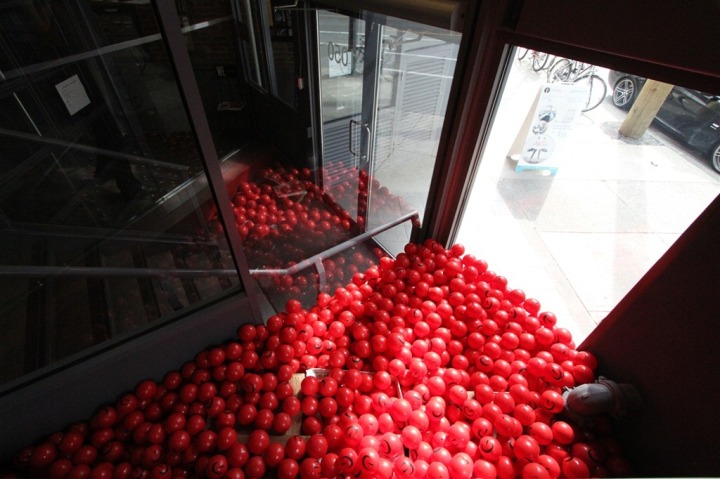 So why was I here anyway?  And who is Recon Instruments?

First, Recon Instruments makes James-Bond style heads-up display ski goggles.  You probably remember my mention of trying out a pair back this winter while skiing in Seattle. 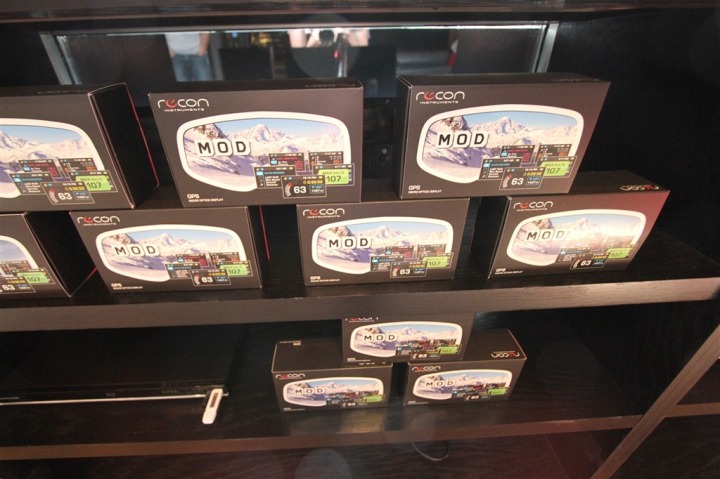 Well, Recon was looking to gather my feedback on the marketplace in general.  Essentially, they wanted to do a day-long deep-dive into my ANT+ Symposium Presentation I gave on the sports technology market.  It would include many of their team members.

I actually do things like this for many folks in the sports technology industry – though often over the phone, or tied to other events.  For example at CES, the ANT+ Symposium and Interbike I had many sidebar sessions with companies.  I usually will spend a couple hours with some of the company’s senior designers/leaders walking through ideas they have, and talking to what works and what doesn’t.  Sometimes this is timed to trips I happen to have in the area, and sometimes this is just telephone based.  I don’t get paid for it, since it’s simply just cool gadgetry stuff to me.  In this case since I was actually flying somewhere, Recon covered the cost of my airfare/hotel.

Which, brings me back to my little tour of the Recon place.  After entering the first floor they’ve got mostly marketing folks on this level (and all the cool game room stuff). 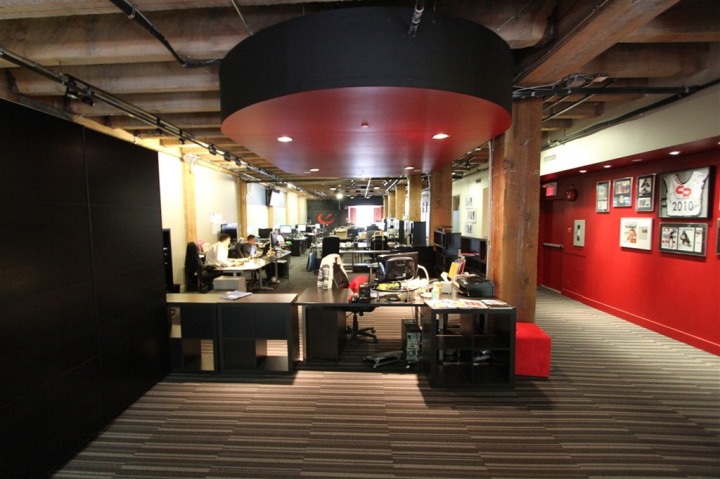 Just off to the left of the main entrance is their demo station.  This is what’s used in trade shows and conventions to allow people to see how the goggles work.  If they had gone to Dubai though, they could probably do it all indoors in the gigantic ski area (hmm…I wonder if the glasses will get enough signal inside there, might be something to try in a few weeks…). 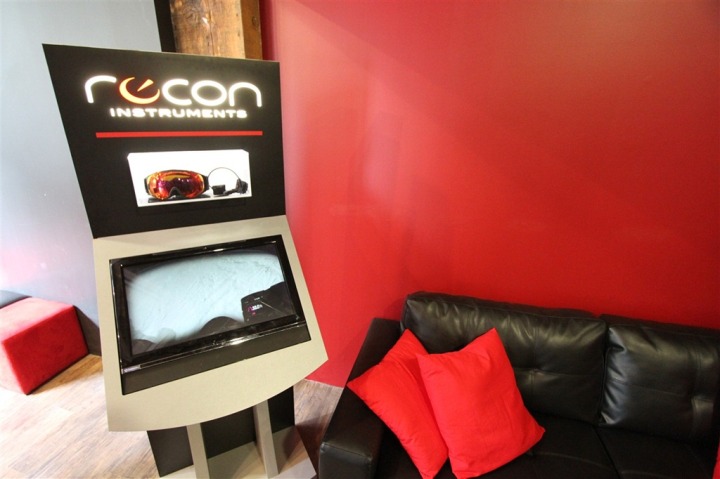 As you head down the hallway they’ve got a slew of autographed goodness, including both bibs and various magazine covers they’ve been on. 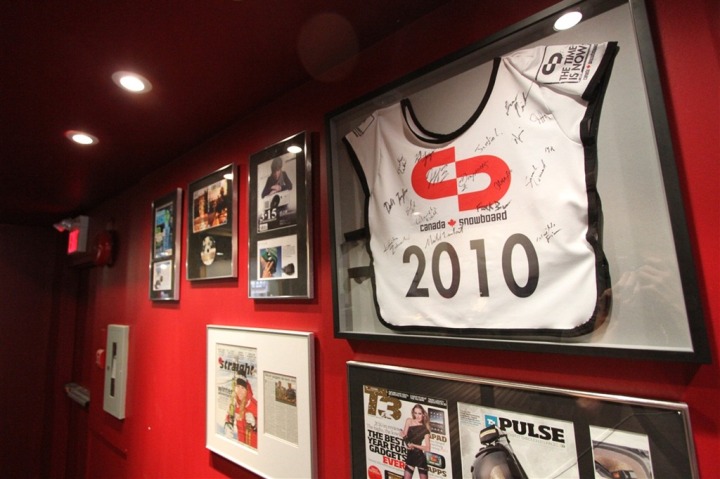 A bit further down the hall was this interesting display.  I passed it a few times during the day when I would enter/leave the conference I was in.  But it wasn’t until the very end of the day that I actually read what these sketches said. 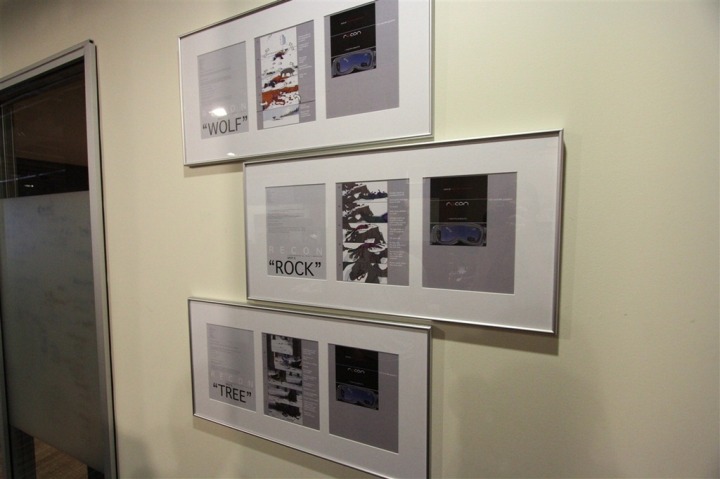 These were some original ‘marketing/ad concepts’ that an outside ad agency put together for them.  If you click to expand it (and read it), I think you’ll see why the Recon folks overwhelmingly rejected it.  I think they framed them because they are just so over the top whacked that it would have been a shame to trash them entirely. 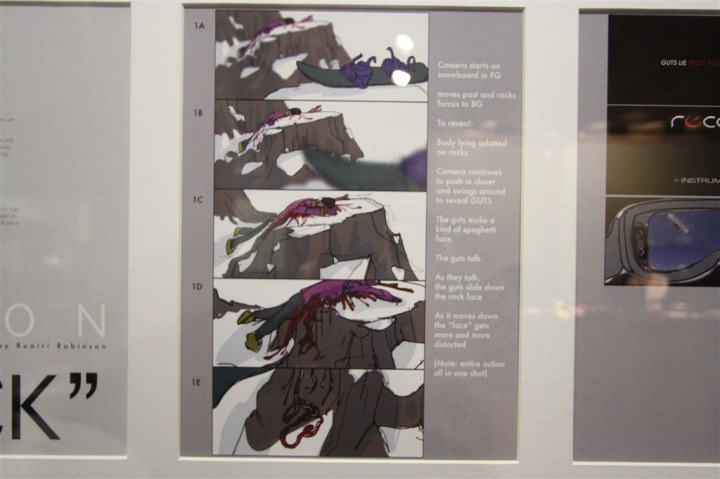 As you continued down the hall, we found the kitchen area, and game room.  Additionally, there were two taps connected to refrigerated kegs hanging out in the corner (don’t let the water bottles fool you).  In Canada, they just call this ‘nutrition’. 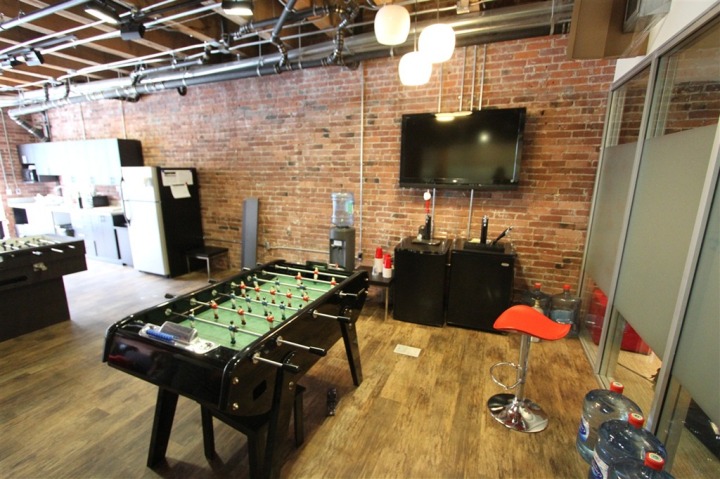 It was funny, at one point I was talking to a few of the employees that had been up at the hill (Whistler) the day prior.  They were up there filming some segments and doing some ‘optimizations’ related to the jump algorithms (this is a feature on the goggles that calculates your jump metrics).  In translation: They basically got to enjoy a day skiing in May, for pay.  Yes, that’s a typical day ‘in the office’ for them. 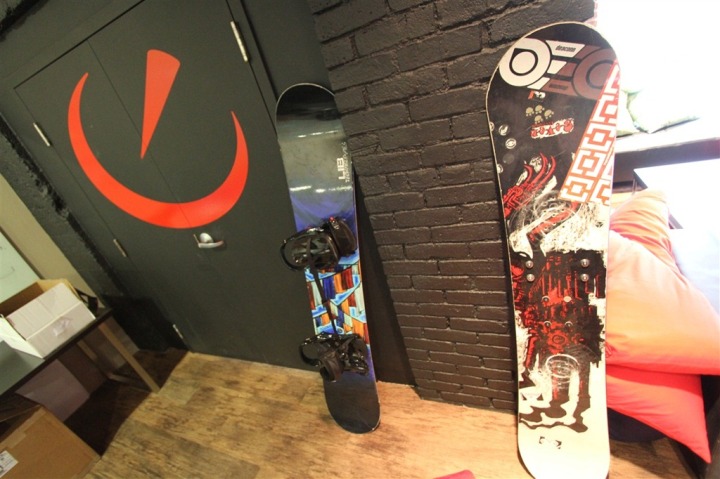 Also, typical days at the office: 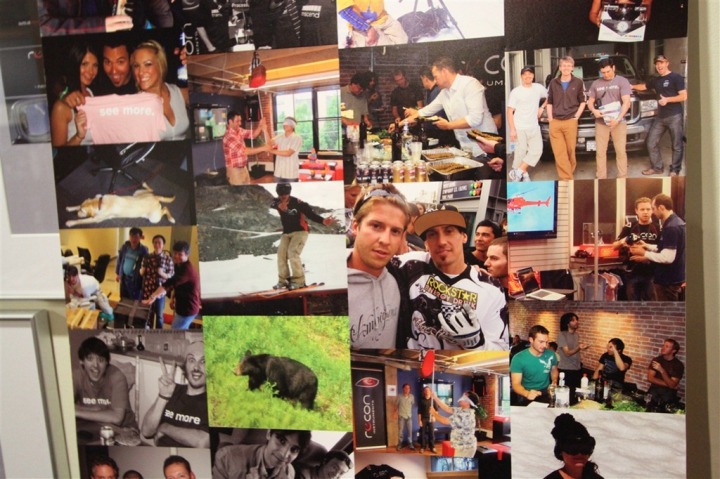 I headed upstairs to meet with the more technical side of the house (as well as the CEO/CFO).  In doing so, I got to check out their ‘Executive Boardroom’.

While in there, I got to pondering: Where exactly does one purchase a gigantic steel and glass eye to mount to your wall?  Is that available at Ikea? 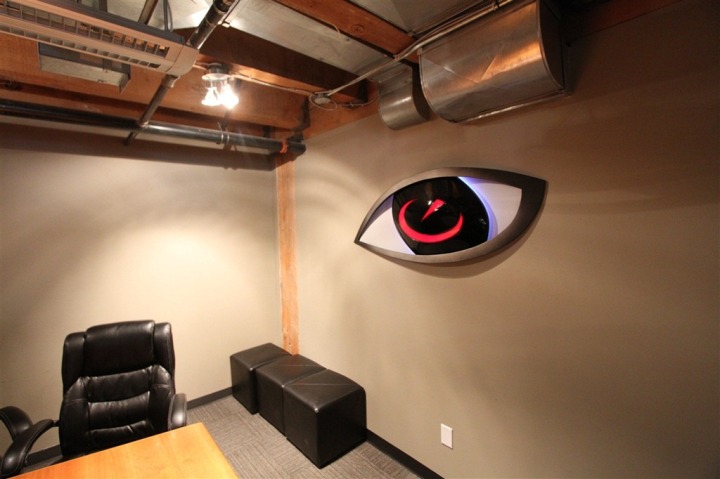 Of course, they had a bunch of snazzy awards in there as well, many of which are ‘household names’ within the tech industry for up and coming products. 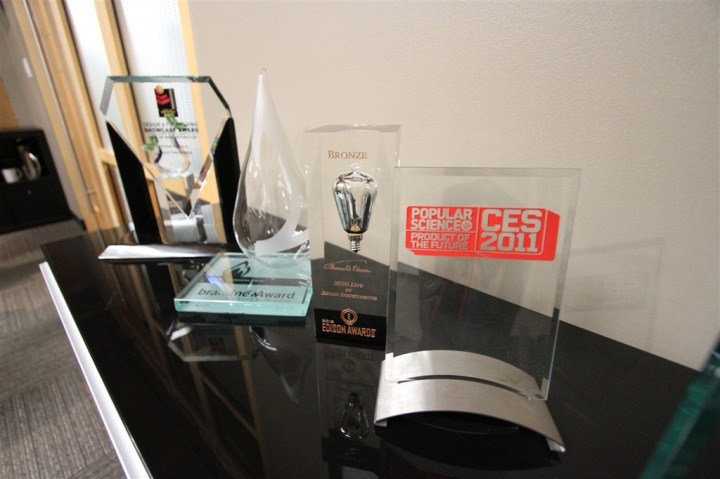 In light of these awards, it was interesting talking a bit about the recently announced Google Glasses and how they see that impacting their company.  In the short to medium term, it’s actually been a huge boon for them, since they’ve now been thrust into the spotlight as really the only consumer product out there that has that technology today.  They’ve had some of their execs on CNBC and quite a few other places talking about the heads-up display technology market.

Also of note, is that the Recon glasses run entirely on Android now, so there’s been a bit of information sharing between the two teams at some recent events.  Given what little we know today about Google Glasses, I think it’s fair to say that Recon has a different market in the near-term.  Obviously, that could change down the road depending on when Google Glasses  (potentially years) get released and to what markets they target.

Much of the stuff I saw on the second floor I couldn’t photograph, but, I did get to see the remnants of a pile of of goggles that were used for testing/validation: 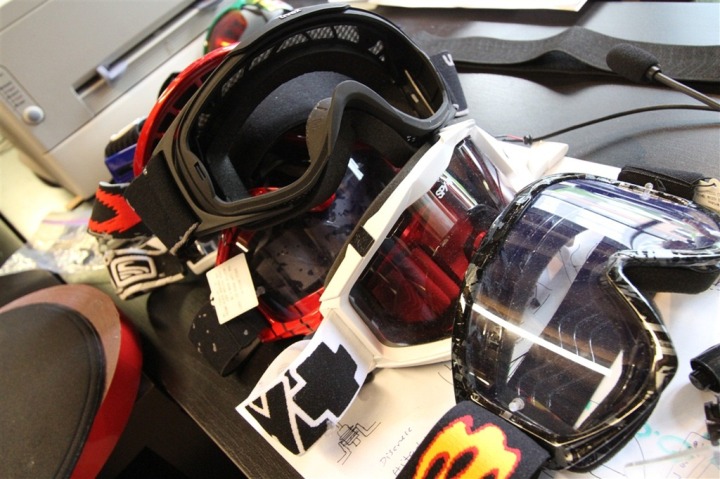 Overall, I spent nearly 9 hours with the Recon team talking in incredible detail about the current market today, primarily focusing on what I believe you all want in products (across many consumer segments).  I know at the end of the day both myself and the recon folks shared a ton of cool information about technology and our respective areas that each of us may not have been as familiar in.  I love learning about new stuff, especially in topic areas that I may not work with day to day.

After wrapping up, I zipped over to the airport, where I found this moose inside.  I figured you’d appreciate that I shared my discovery with you.  After all, you can’t go to Canada and not see a moose: 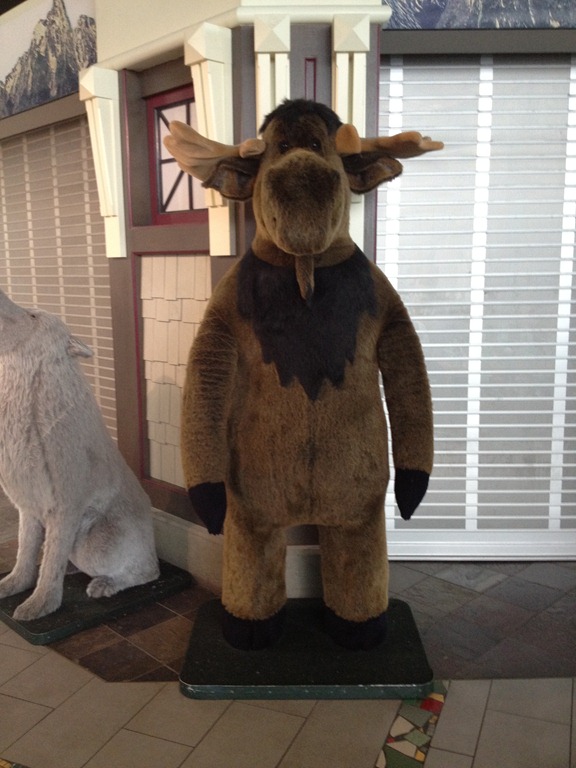 From there I left the moose behind, caught a little puddle hopper down to Seattle, and then a  connecting redeye flight back to the East Coast – ready to dive into my weekend with a 14 mile trail run. 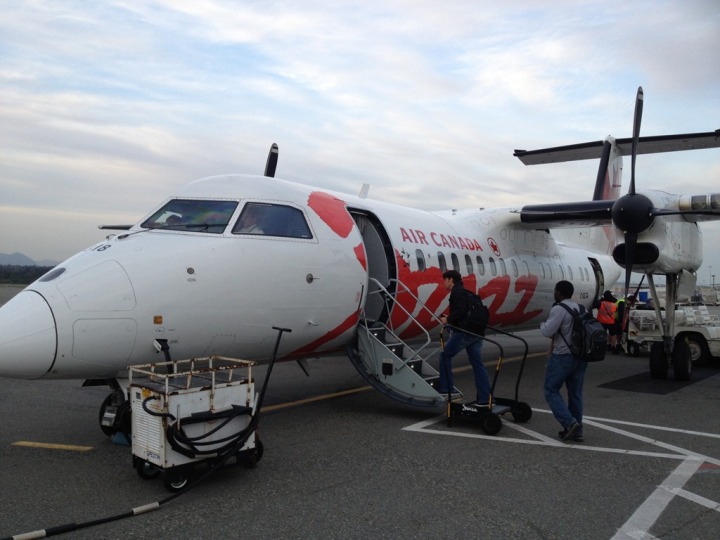 As always, hoped you enjoyed the little peek into things.  Thanks for reading!