A Canadian Moose of a Long Run

Quick Side Note: A US soldier deployed over in Afghanistan (and avid reader of this blog) is working on a public speaking course during his deployment over there and is doing a quick survey on running and GPS as part of a research project.  It literally only takes 30 seconds and is completely anonymous.  Click here to help him out.  Thanks!

I fly out of DC a lot. A whole lot.  But I’ve somehow never managed to luck into flying out over DC to the East – which gives you a unique view from above the capital.  Usually you fly out the other way, which gives an equally impressive view of the National Mall.  Anyway, you can see the capital in the center, and the mall beyond that to the Washington Monument: 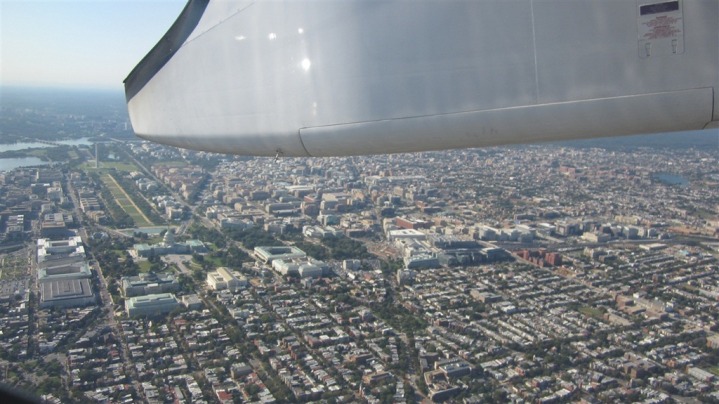 The flight turned out to be more scenic than anything. Our flight plan happened to keep us rather low, and just over most of the major cities (Baltimore, then Delaware, then Philly).  Philly is below: 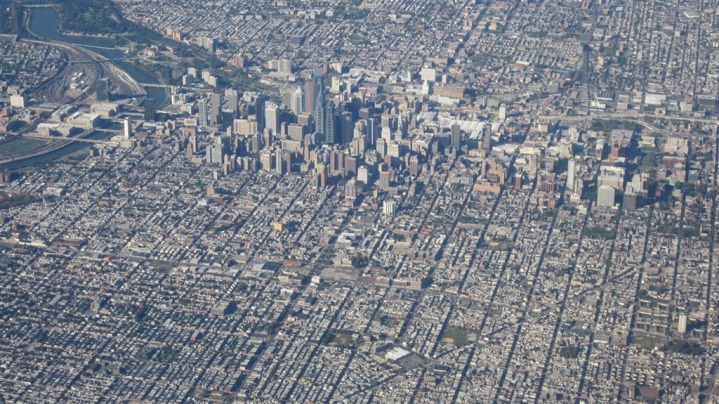 Finally, after a change of planes in NYC, we were up into a jet airliner and off towards the Canadian island of Newfoundland, some 1,000+ miles away.  Sunset over NYC was quite nice: 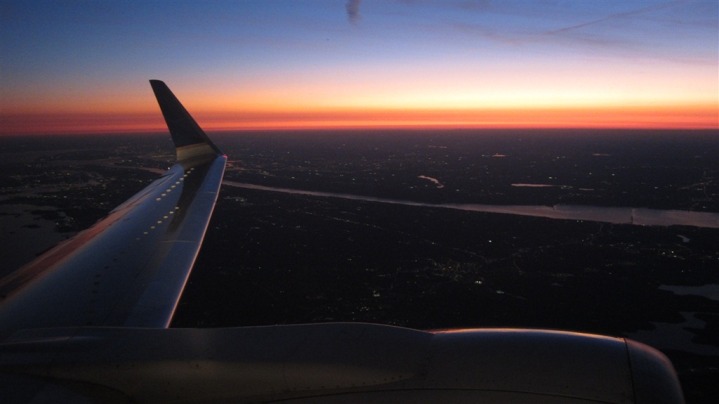 Eventually we arrived into a weather much less pleasant…but that’s sorta to be expected for St. John’s. 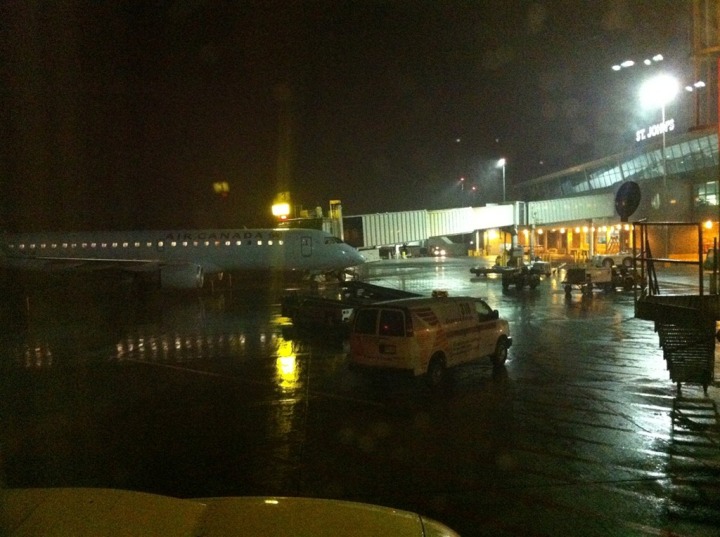 Though, with my presence here, we would turn that around (I always bring the sun).

And, in this rare case – I’d also finally see my first Day Moose.  What’s a Day Moose you ask?  It’s a moose I see during the day.  I had seen plenty of Night Moose before up here (yes, it’s capitalized, it’s officially a different species, a pronoun of sorts).

I was just about at the turnaround point for my 90 minute run, when lo and behold I saw a big creature standing on my running path.  Of course, I instantly realized it was definitely more his running path than mine.  Especially since he made me look tiny. Like a squirrel. 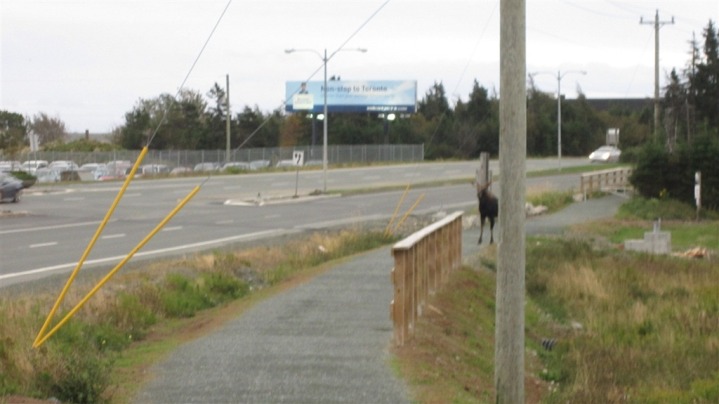 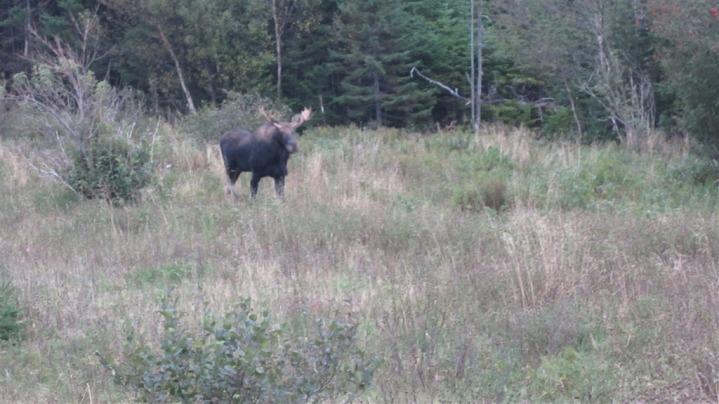 Luckily, I had taken my little camera for the run.  I was wavering back and forth at taking it for this run, but was really excited I did. 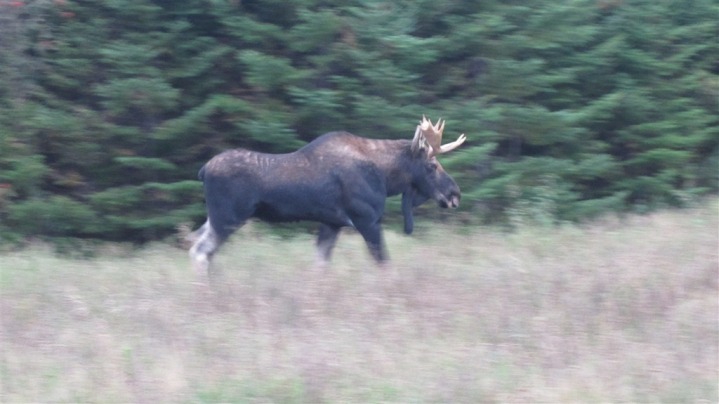 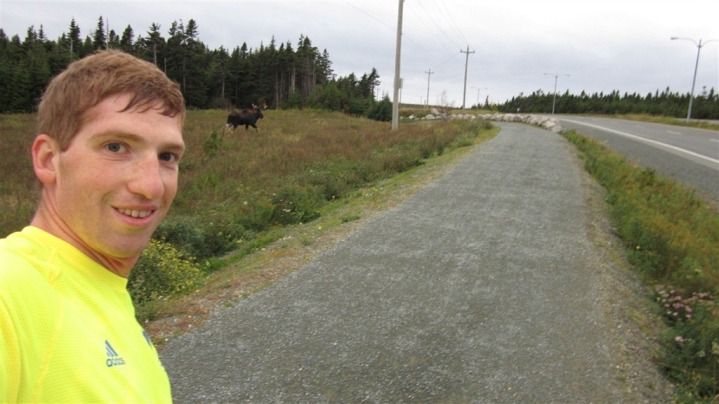 The rest of the run was great – just cruising along.  Can’t beat the cool weather. 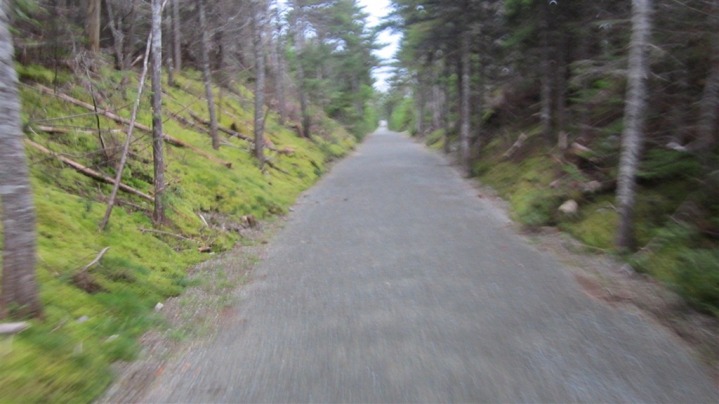 While I’d been running with the FR910XT in DC, I don’t have a lot of elevation like there is here in Newfoundland.  So it was cool getting some amazingly precise (reflective) elevation readings using the barometric altimeter.  You can see how spot on it was during my out and back run (I did a tiny bit extra the opposite way towards the beginning, which is why there’s a bit extra there):

Of course, this wouldn’t be the only moose related items I’d see up here. For example, behind the Girl’s house they have a small shed of sorts with a moose crossing sign: 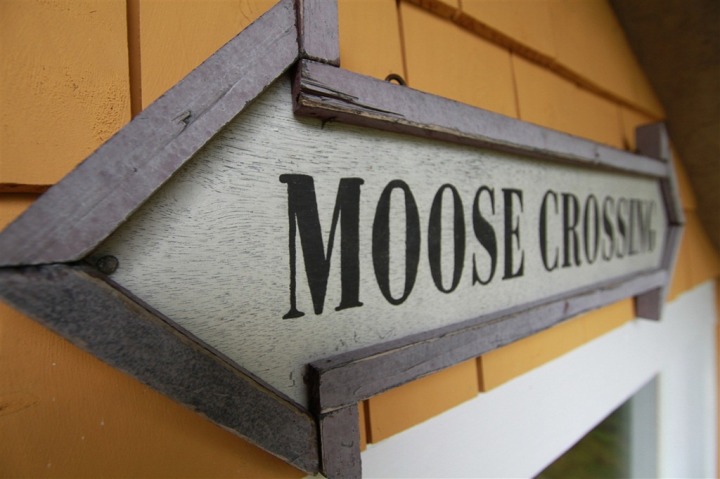 And in fact, moose do often walk right across the backyards, often making their presence known.

Then inside, an old pair of antlers.  I decided to recreate the look on the moose’s face when he saw me on the running path: 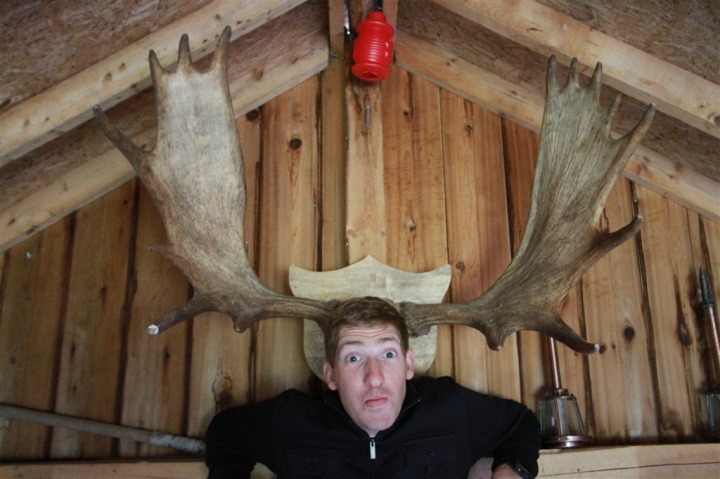 Of course, outside in the greenhouse things are still quite alive.  Amazing how green the lettuce is.  No photoshopping here, it’s really this vibrant green: 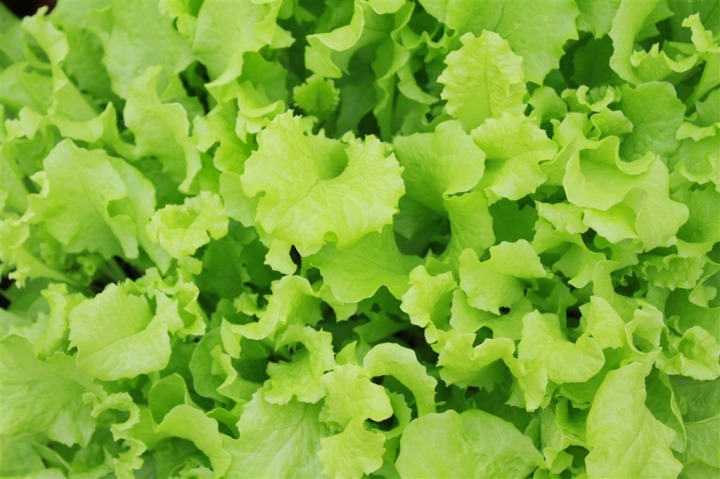 And the tomatoes are still kicking.  The greenhouse is not powered at all, simply traps daytime heat to extend the growing season a bit. Though, even outside the moss in the woods is vibrant green with all the ‘plentiful’ water around these parts. Moving onto your fan favorite: Food

Given it was (almost) Canadian Thanksgiving, there was plenty to go around.  Somehow, I missed pictures of most of it.  But fear not, it was all great. 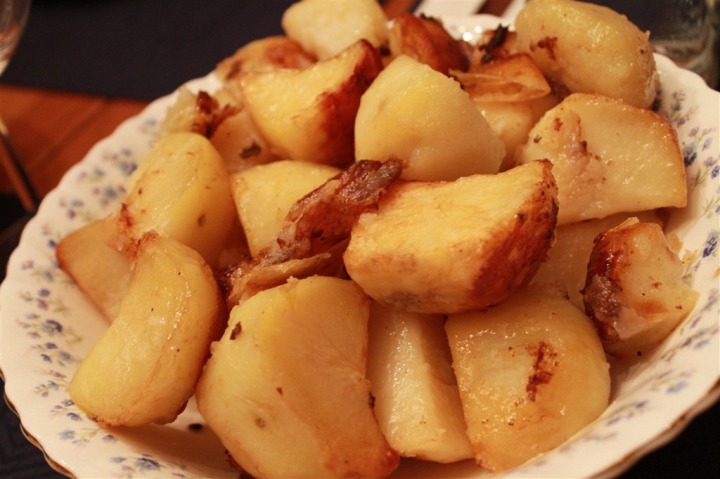 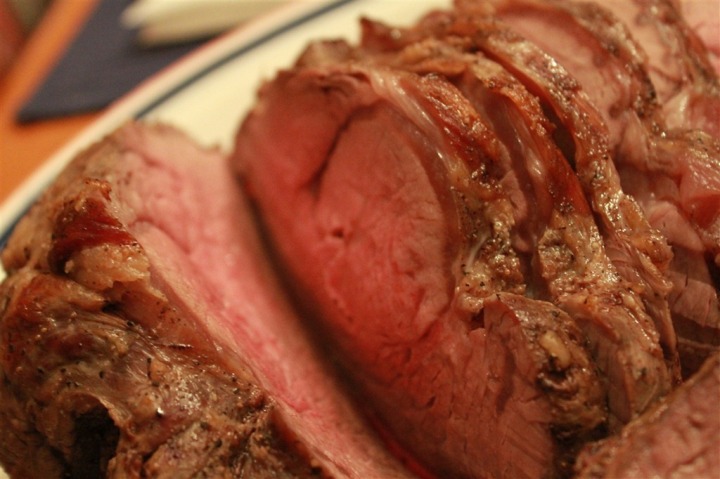 And for dessert there was great pumpkin pie (made by The Girl’s mom), and moose cookies (made by The Girl).  We may have had some fun with the moose cookies, which The Girl made before we headed up.  But I don’t believe those photos are rated ‘G’, so we’ll forgo them here.  Though I don’t believe her baking blog has such requirements, thus a more storied version is there. 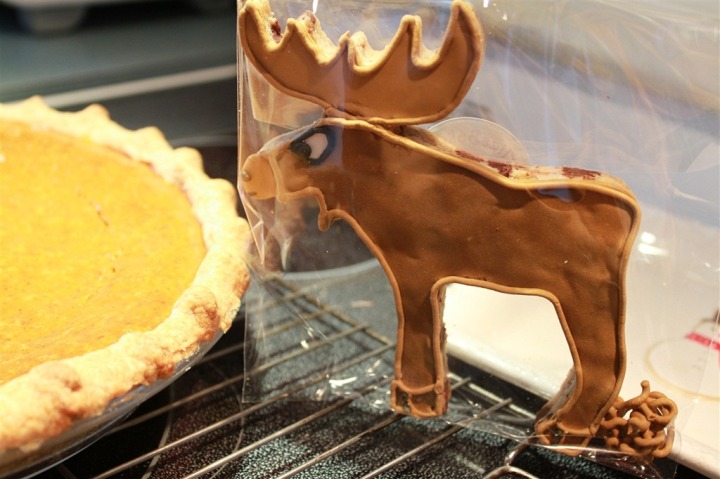 (Yes, those are moose droppings.  If you were a moose in a plastic bag on a long plane flight, you’d probably have them too!)

So with that, it’s time to head back to the states.  Many more trips to come over the next month.  I think we (or I) are travelling just about every week.  Eek!