A weekend at home (finally)

I’m gonna keep this post short…mostly because I’ve spent the last few hours putting the final touches on the Timex Global Trainer review (to be posted at 12:01AM EST Tuesday), and thus, my keyboard and mouse are basically asking for a break.

But – on the bright side – all four of my workouts this weekend went exceedingly well!  Which bodes quite well for my race next weekend up in St. John’s, Newfoundland.

After a nice easy (and short) run Saturday morning, we headed off to the pool.  The Girl and I often slightly stagger our swim interval start times such that it’s a bit of a race coming down to the last 50-100 yards.  Usually I’ll start first (but I have a little longer set) and then she’ll start.  And Saturday was pretty solid for both of us due to this competitiveness, with us each shaving off some 20-seconds off our 600y and 700y TT times.  That’s a lot, especially given over the previous two weeks…I only swam twice.  Once in a short pool, and the other time out in the murky waters of Santo Domingo.

Sunday brought both a bike and a run.  The bike was down at Prince William Forest National Park, and I had scheduled some 41ish miles to nail.  This was the first time I’ve been on a moving bike since the NYC Triathlon.

I had a blast down there today – just screaming up and down hills and really pushing it and popping along. Even the deer came out and played (Actually, I almost always see them on my ride, it’s just that usually they don’t stick around for photos). 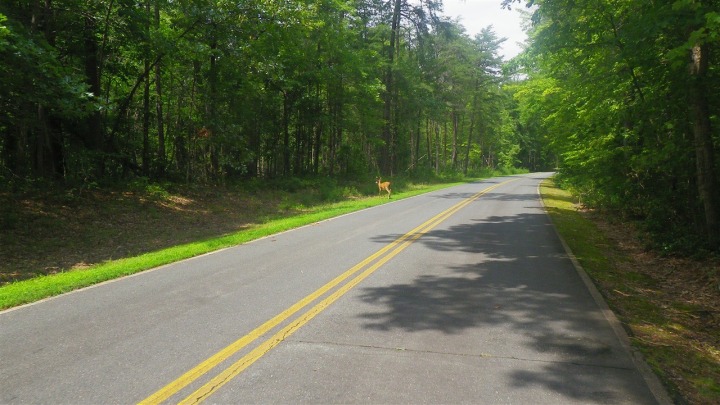 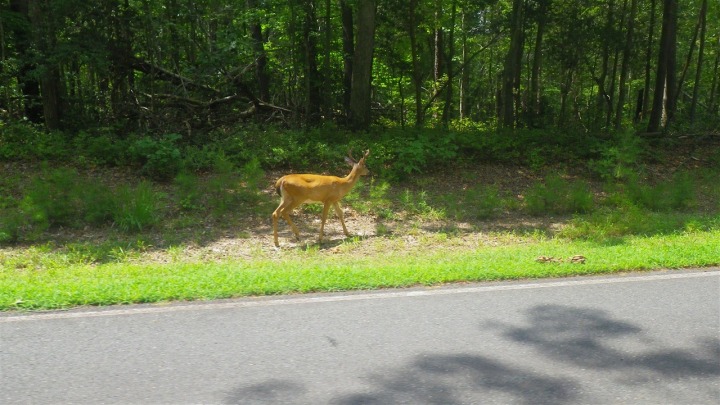 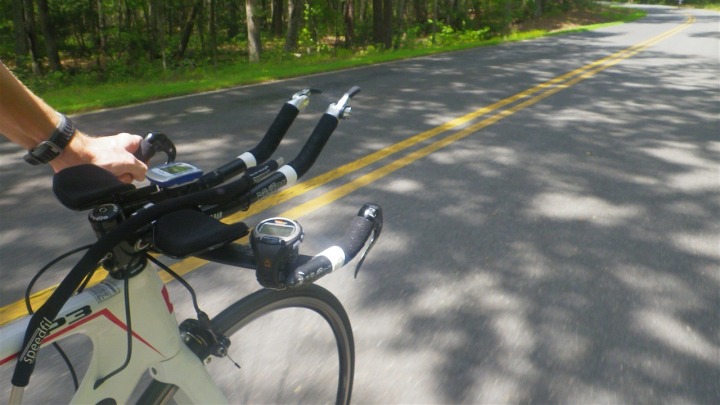 (In a rare move, I was actually wearing my race suit as I was having some problems with it last time and wanted to see if I could repro them again.) 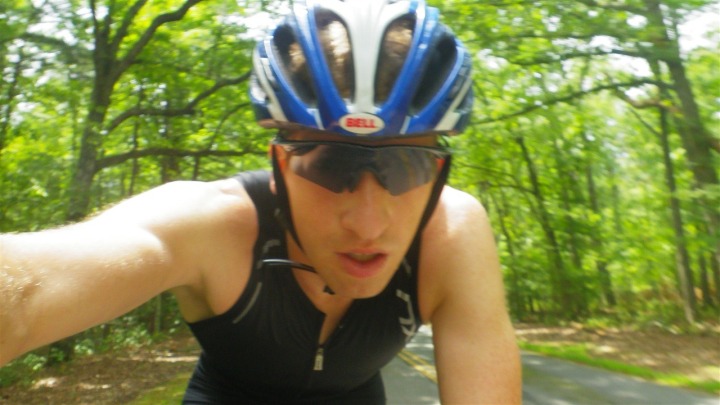 Plus, I completely rocked my wattages.  With the first 34 miles all in Z2 at 261w, and then the last 7 miles as a time-trial at some 313w.  Apparently I need to go to Central American gyms to train more often on stationary bikes.  Or perhaps it’s all that training at 7,500ft over the past two weeks. 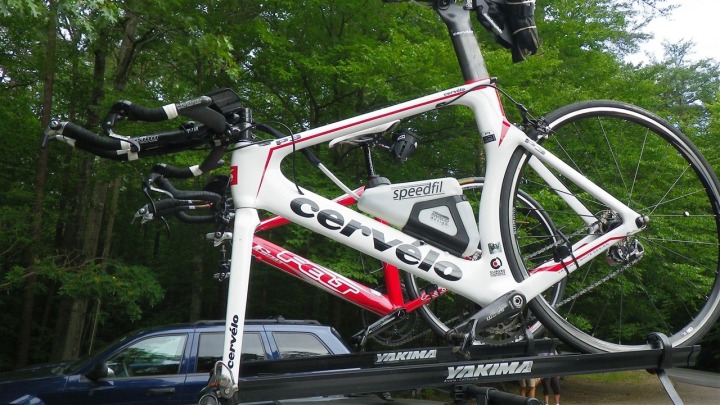 Meanwhile, after the ride, I went out for a nice little brick run.  25 minutes at race effort.  I was pretty happy to be just sub-6 on that effort, despite really pushing the bike pretty hard.

So, aside from my athletic activities, the only other item on the docket was an evening with friends to celebrate my birthday earlier in the week, along with all sorts of other good stuff: 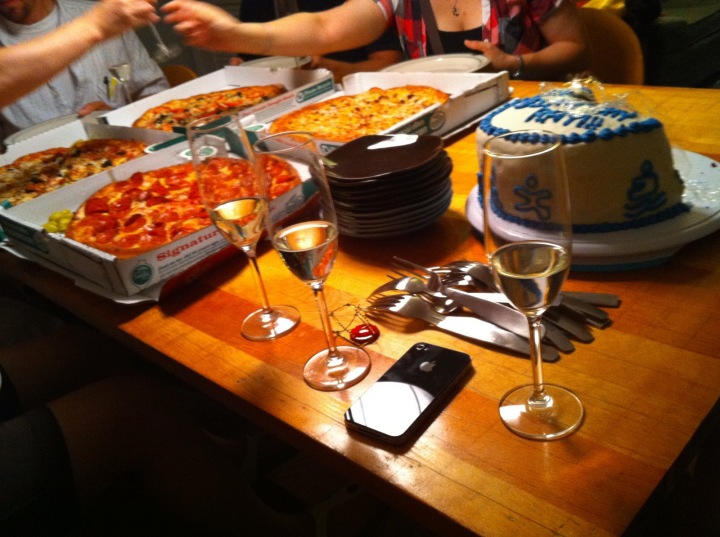 (And yup, The Girl made that totally awesome half-eaten cake with the runner and swimmer (and cyclist) dudes.  And yes, that is Champagne…with Pizza.  So?)

Have a good week all!  Oh, and remember this week is Shark Week…and I’ve got some cool stuff coming on that front!