Me vs the Hurricane

Let’s be clear…I won vs the Hurricane.  Well, actually…we won.

Because I’m tired and already behind a day on getting this written up and posted, we’re going to go with pure picture mode.  Booyeah! 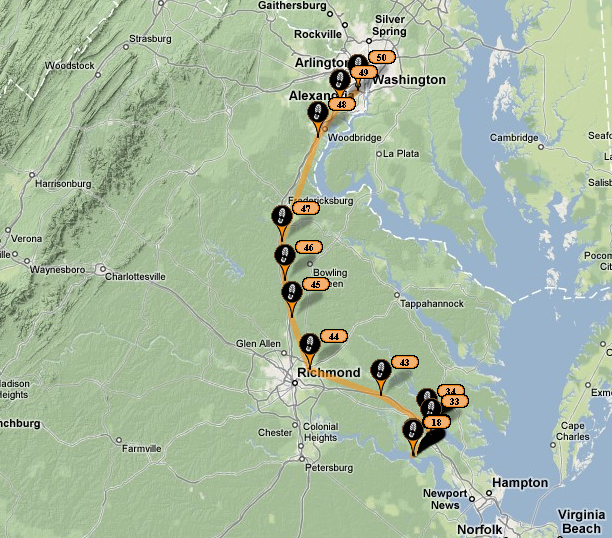 We drove down to Williamsburg, VA on Friday afternoon in hopes of enjoying a weekend of camping flled with triathlon – as there was the Patriot’s Half, Oly and Sprint Tri’s all weekend long.  Except..Hurricane Hannah (then tropical storm Hannah) decided it had other plans for us.  We knew when we left we were going to be camping in a tropical storm, but neither of us were too worried.  At the very worst we’d check-in to a hotel, and we were keeping a close eye on things. 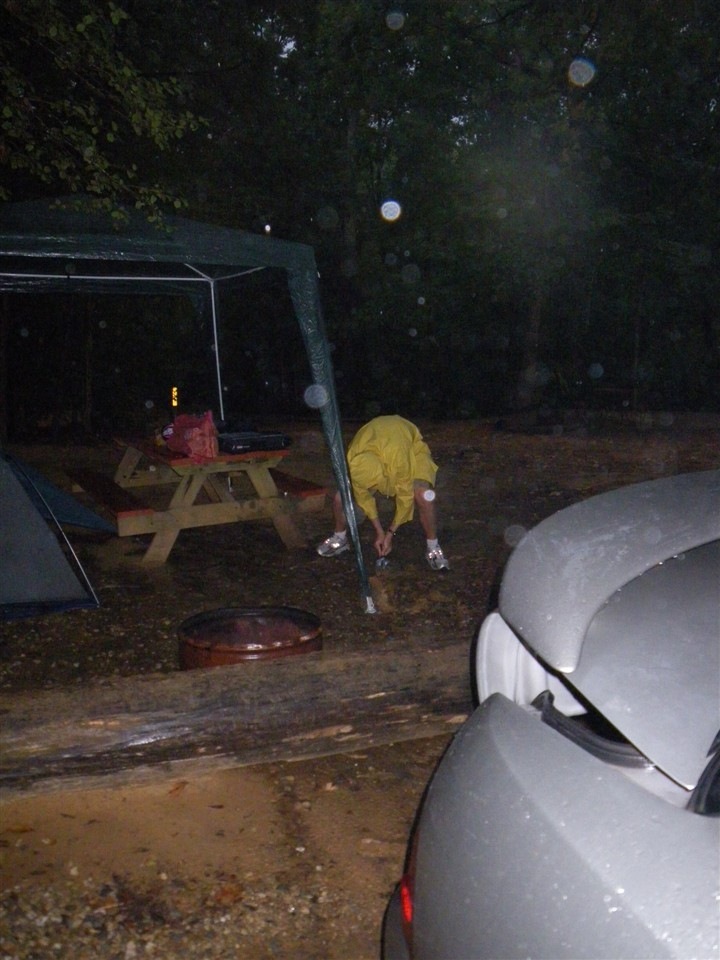 (Me digging a trench around our campsite, amazingly it mostly worked)

It stopped raining though around 8PM Friday, just in time to put dinner and our campfire together. 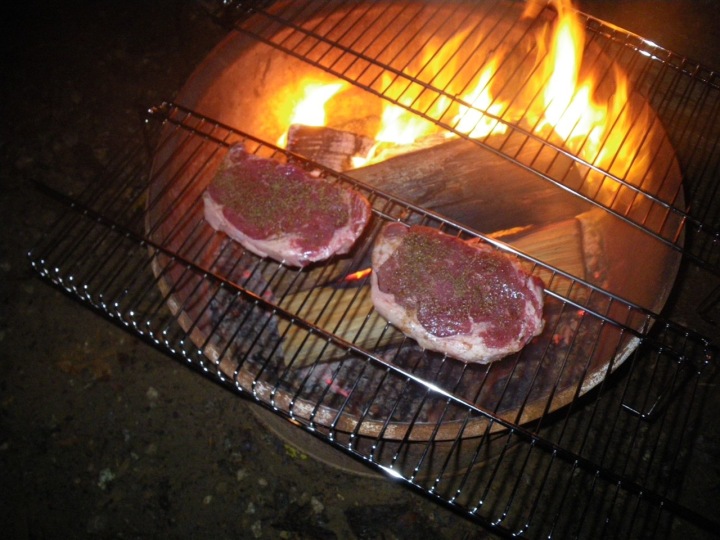 And it actually stayed clear out till around 4:30AM on Saturday morning.  It was at that juncture that it crapped all over us for basically the rest of Saturday.  After we went out for a 10K run in the rain (hilarious btw, the winds and rains), it was time to spend the rest of the day.

We solved that problem by going to a nearby wanna-be Whole Foods/Starbucks/Wegmans thing and finding ourselves a corner and playing Monopoly for 6+ hours.  They had incredible free samples.  We…umm..ate a lot of free samples. 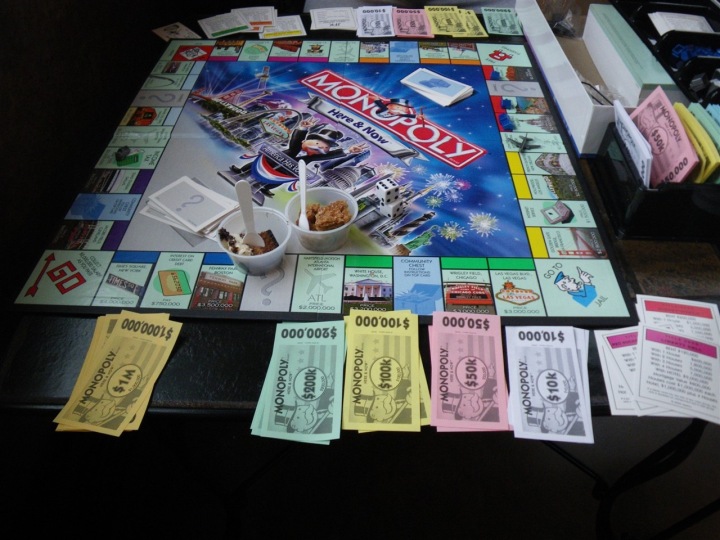 However, by about 6PM on Saturday – the weather cleared up a bit – and the sun came out!  So we left the grocery store. 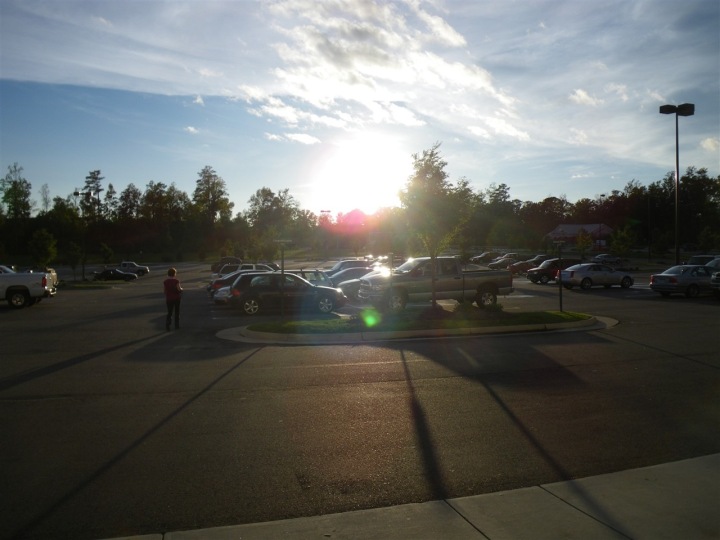 We went back to the campsite to hang stuff up, and cook dinner. 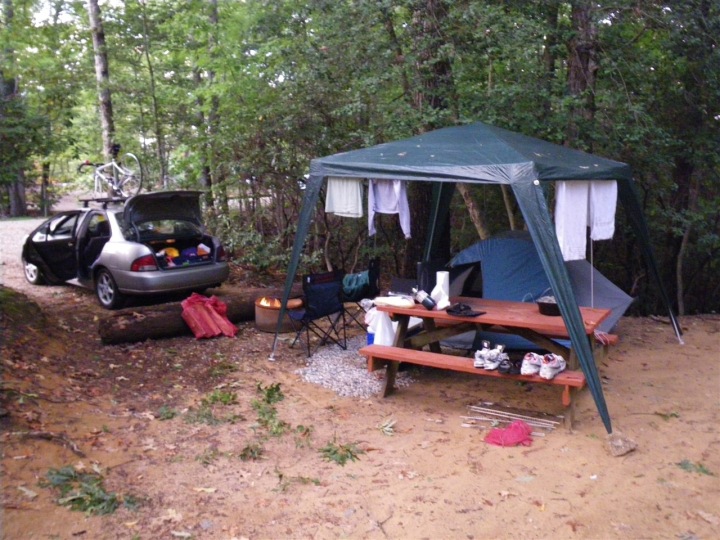 Oh… I almost forgot – we found Tiki Goblets at the 99 cent store in Williamsburg.  Score! 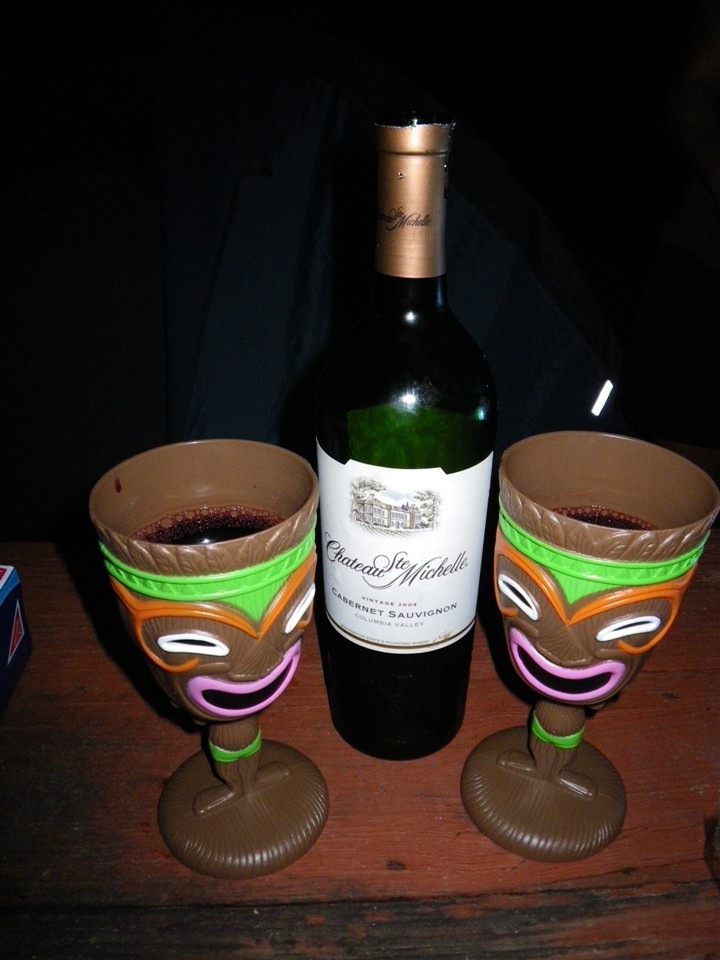 And then we campfired fairly late into the night. 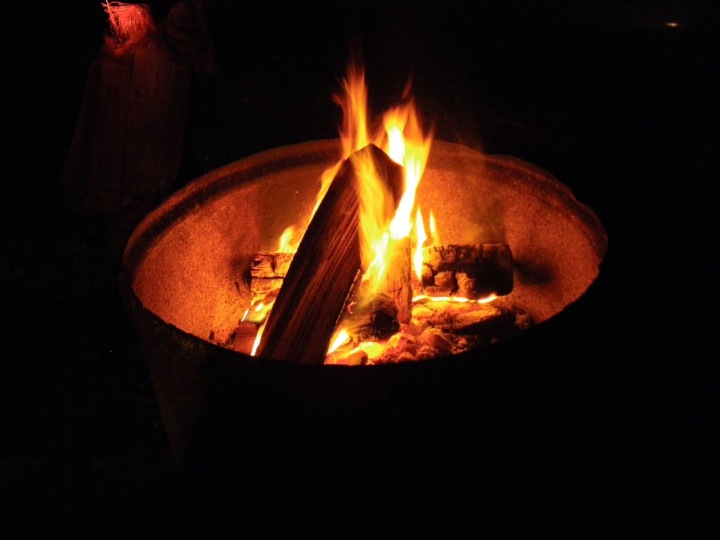 While the half scheduled for Saturday was canceled, the Sprint and Oly races were on Sunday and good to go.  Except due to runoff they swapped out the swim for a run. 🙁 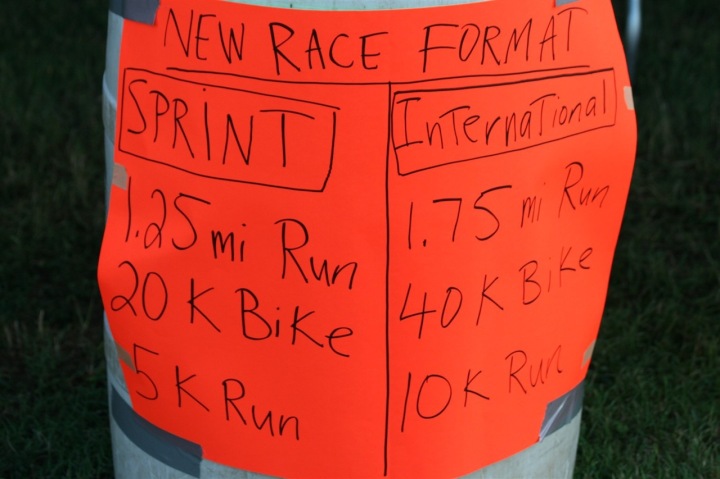 Watching was a blast – and much less tiring than actually racing.  It was my friends first tri – and she completely rocked it!  Pure domination. 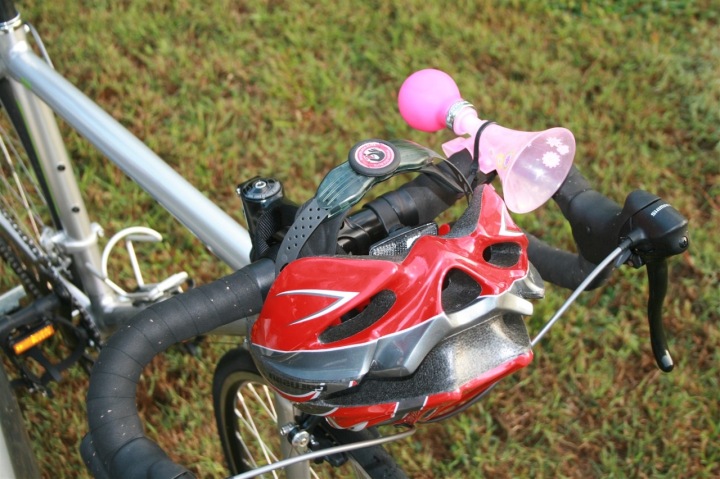 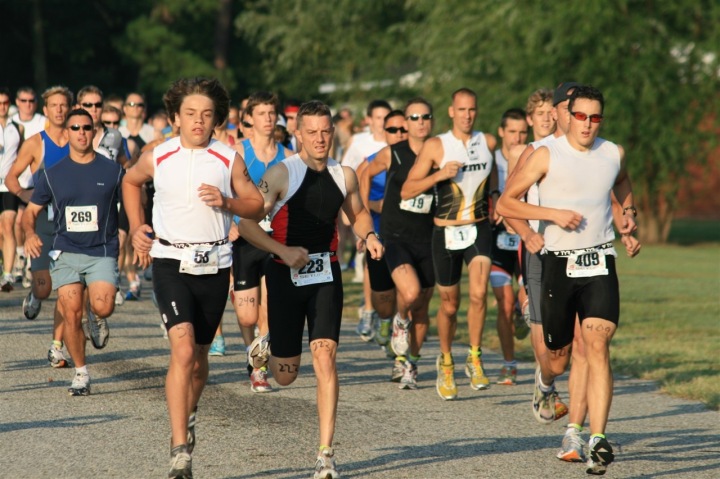 A sign I saw out on the course for the nearby ferry: 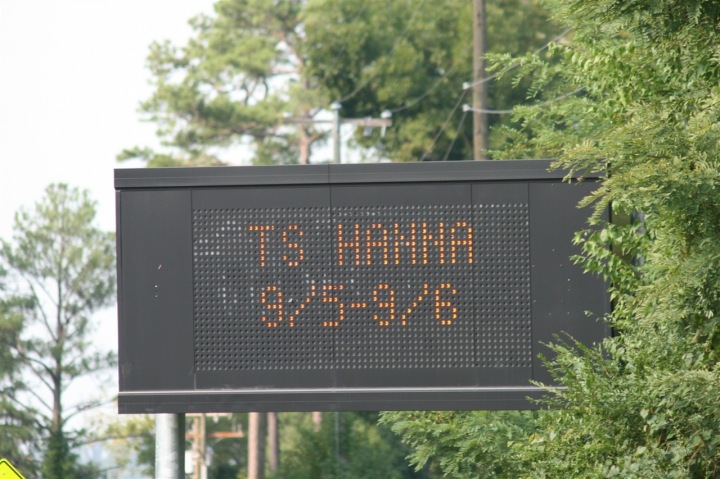 The finish area was fairly sparse as far as people goes, but we both still had an awesome time. 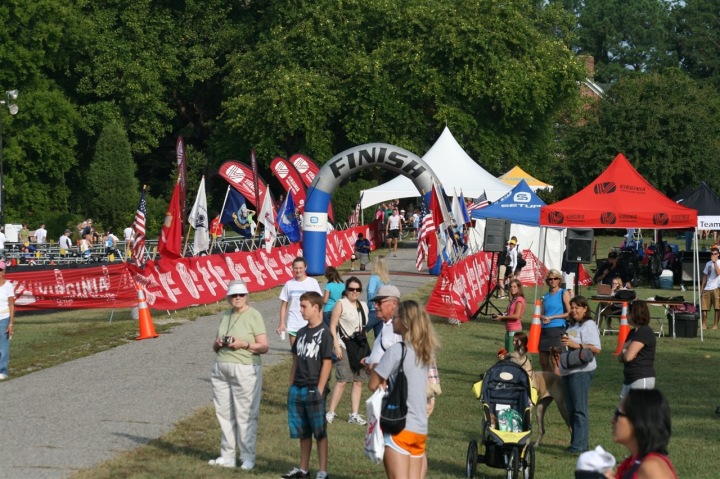 Oh, and I also saw fellow tri blogger Sarah out there, so that was pretty cool too.

After getting home around 9PM or so (we umm…took our time at the pool), it was time to get MY workout in.  Craptastic.

Ninety minutes on the trainer in Z2.  Z2 on a Computrainer is much harder than Z2 outside, because you don’t get any breaks for downhill segments.  But I pulled out the IMCDA course I bought earlier in the year and rode the first 30 miles of it, so that kept things interesting.  Well that and Americas Next Top Model (seriously…there was nothing else to watch). 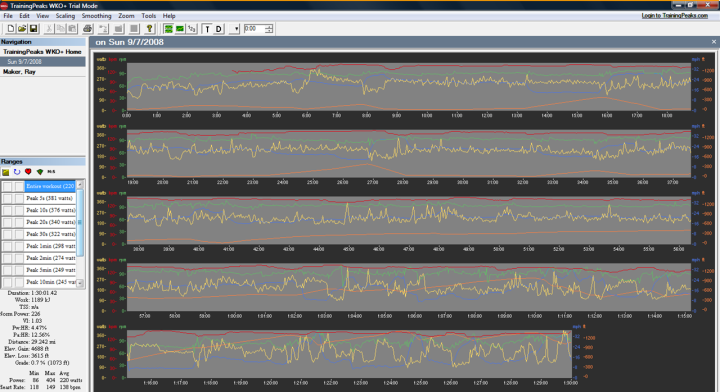 I played around with TrainingPeaks WKO+ a little bit to see my data, normally I just upload it to TrainingPeaks online, but this was interesting.

Oh, and earlier today (Monday) the Garmin Edge 705 arrived.  I got it to prevent little incidences like last weekends 6 hours bike ride from occurring.

Lastly…I leave you with two cookies.  We got cookies this weekend after our 10K run in the blowing rain on Saturday.  She took this picture, it’s just simply an awesome photo. 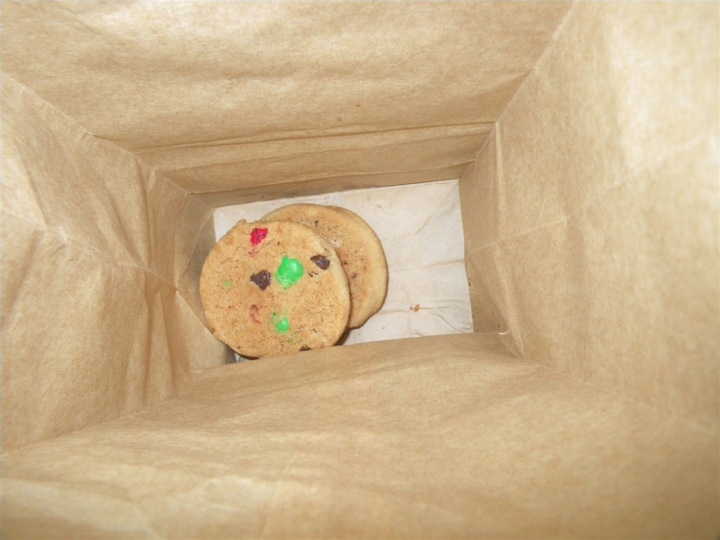