Rain rain go away, don’t come back another day

Once again I went camping and watch a friend compete in a tri (her first Olympic Distance event just a few weeks after her first sprint). While the weekend was a blast – it would have been sooooo much nicer if it didn’t rain; this being the second time in less than a month for the rain/camping combo being served.

The only time it didn’t rain was for about 5 hours on Saturday afternoon, so any nice photos were from then. 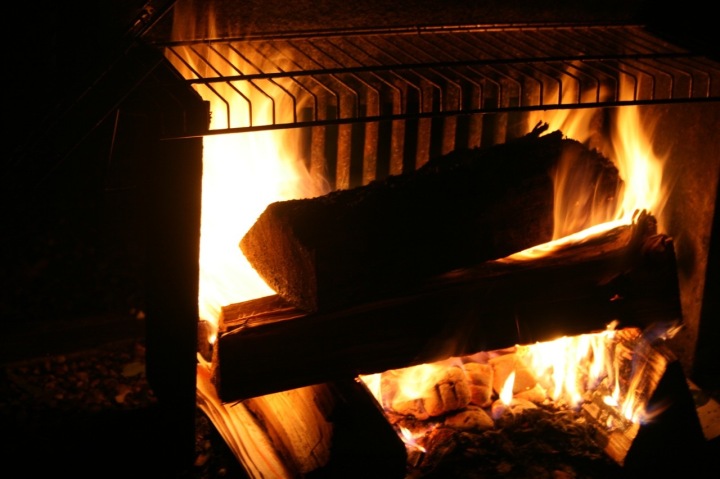 (Priority Numero Uno was getting the campfire cooking, luckily she dealt with that while I made the cobbler – below) 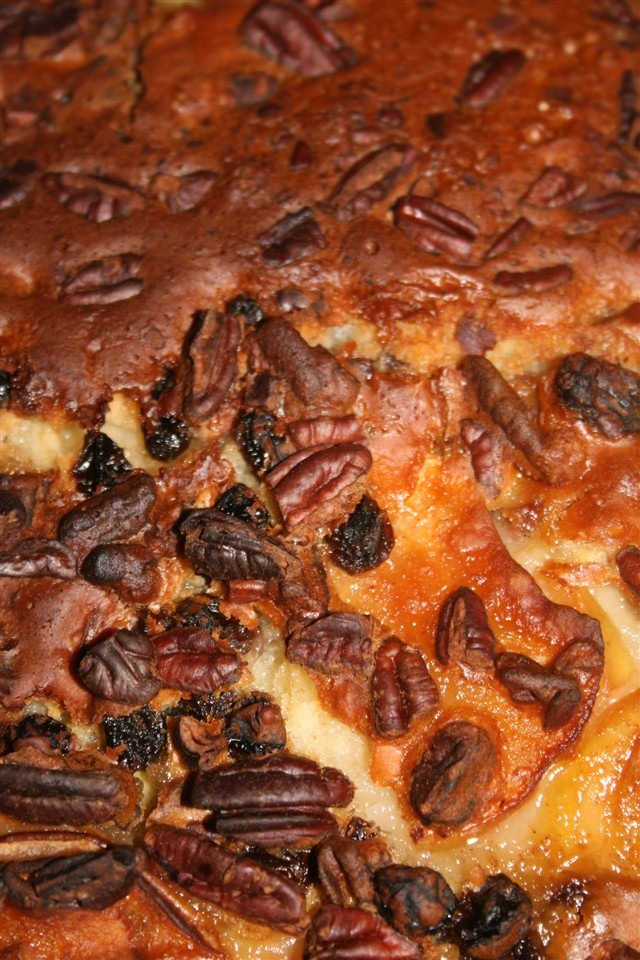 (Apple Cobbler made from the apples we picked last weekend) 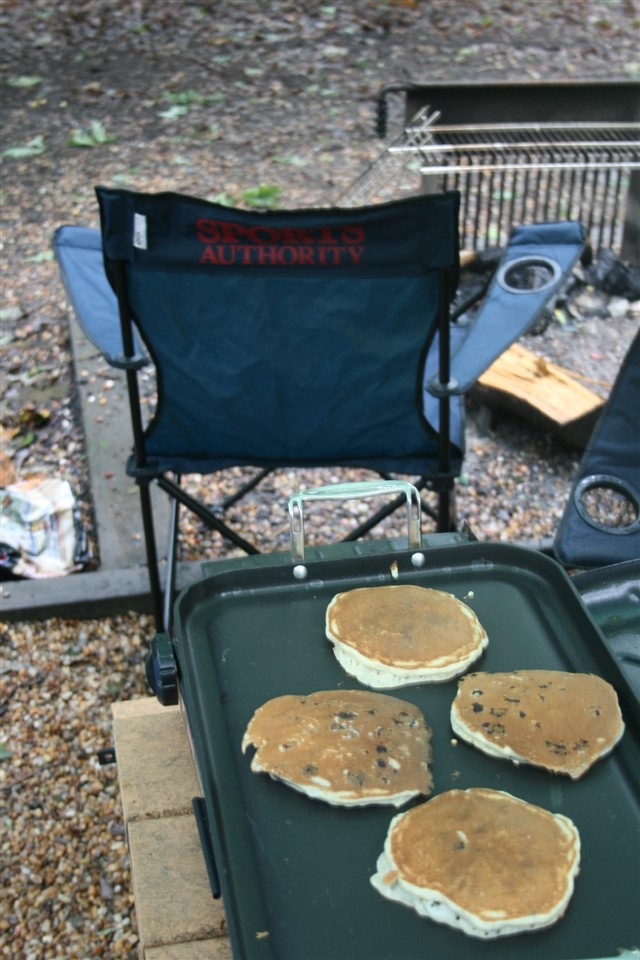 (The next morning it was blueberry pancake time!)

After pancakes I had to get in a sorta-long run. Lacking any idea where I was, I decided to check out some of the trails that were part of the state park we were camping at. The only trick as the longest trail was only 1.5 miles long, so I had a LOT of looping to do to get in 15 or so miles. Note the scale of the map is only .25 miles, thus I redid some of those little trails a gazillion times. I promise you that despite how the map looks I was not drunk…although I did have some wine the night before again. 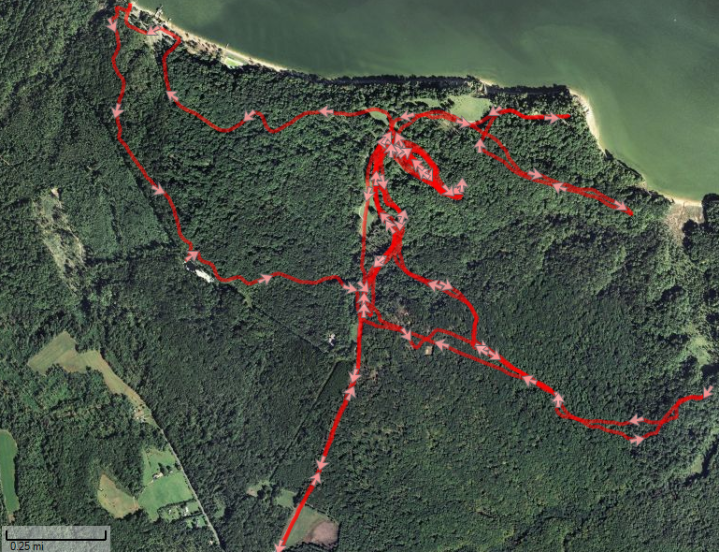 After a run, we headed down to packet pickup. 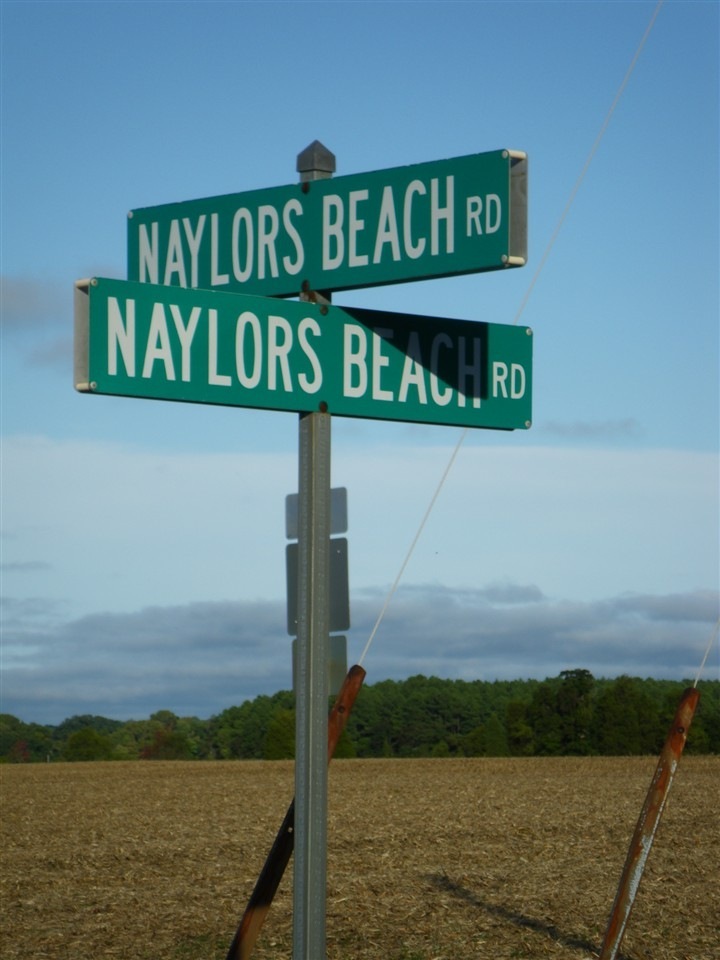 (Yes, there were really two roads leading out from this sign, and they never met again) 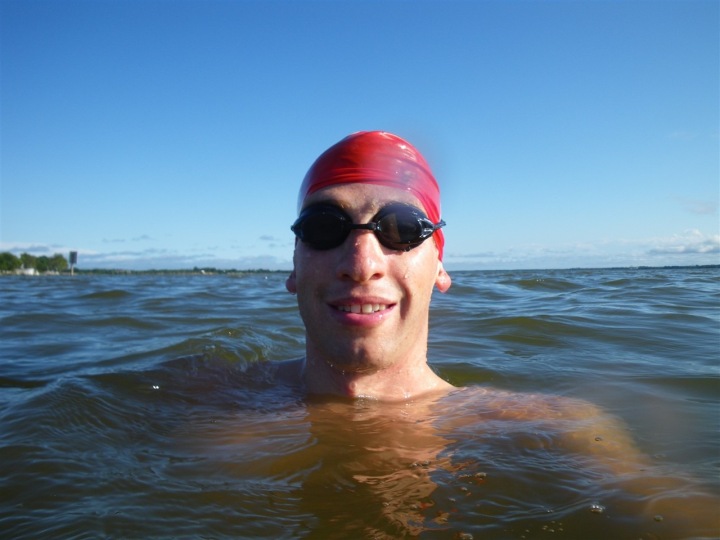 I got in a short openwater swim in the nice cool 68* water…sans wetsuit. 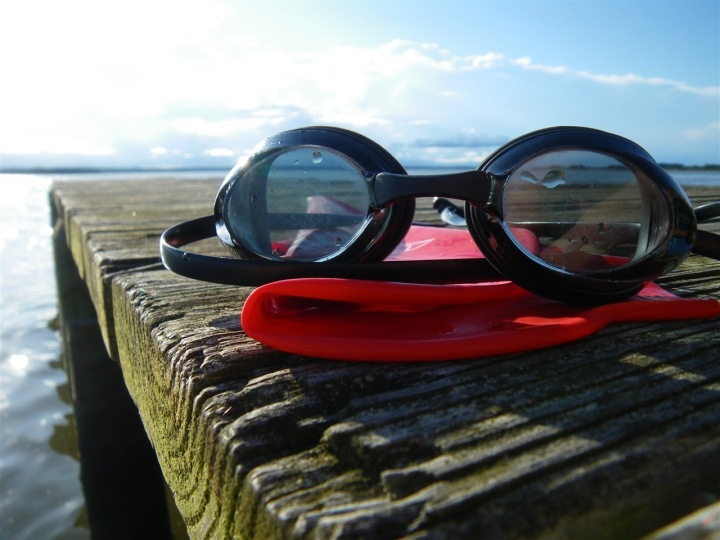 Sitting on the dock after my swim enjoying the few hours of sun we had. If you look in the distance, there are thunderstorms approaching. 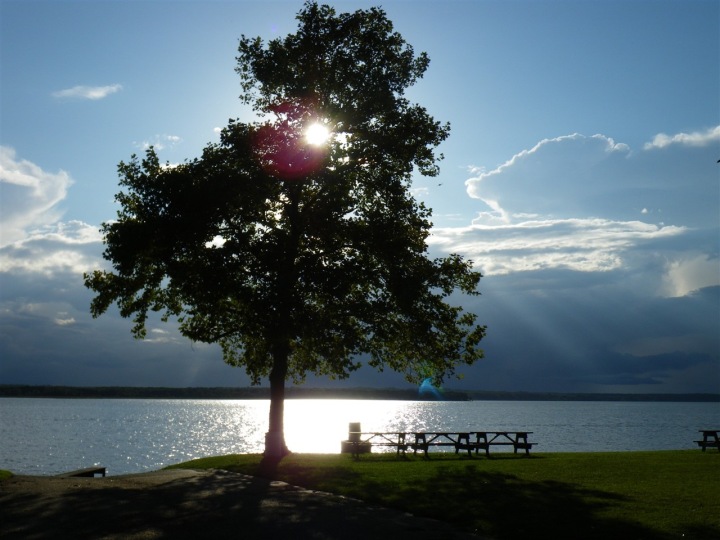 So we left packet pickup and packed up the car for another night of rain. My poor bike needed some serious cleaning by the end of the weekend. 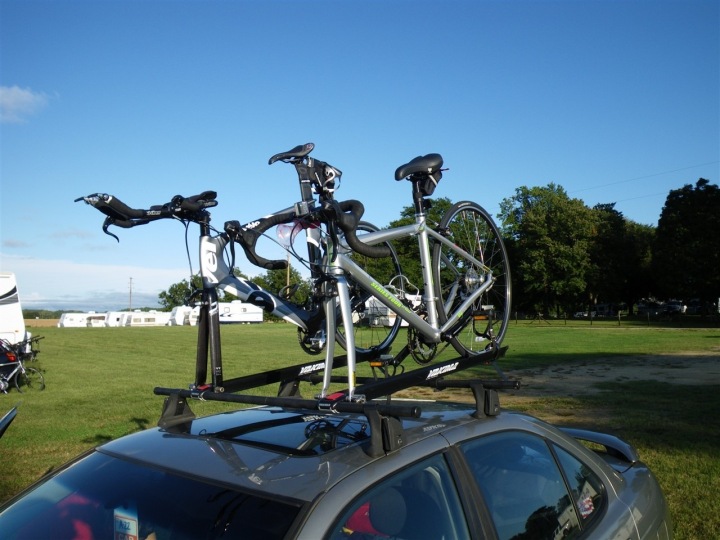 The next morning the race started at a pleasant 9AM. On the way into the parking lot we saw this car plate/person combo (below). 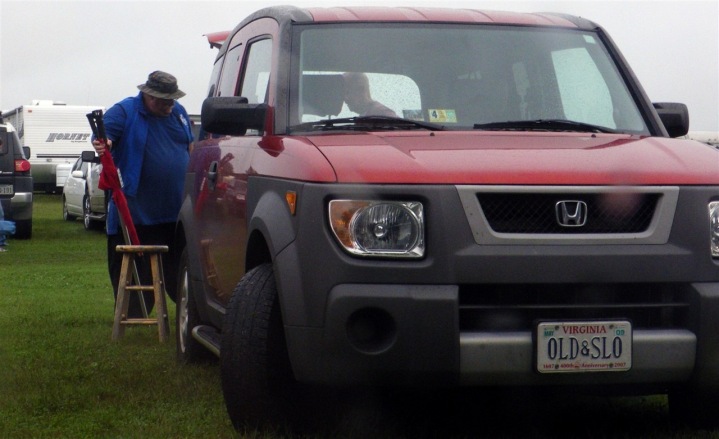 And off they go! But I just had to sit around. Ahh…the luxury of not racing! Actually, I did briefly get to chat with Eric, who was down there watching as well! Cool guy! 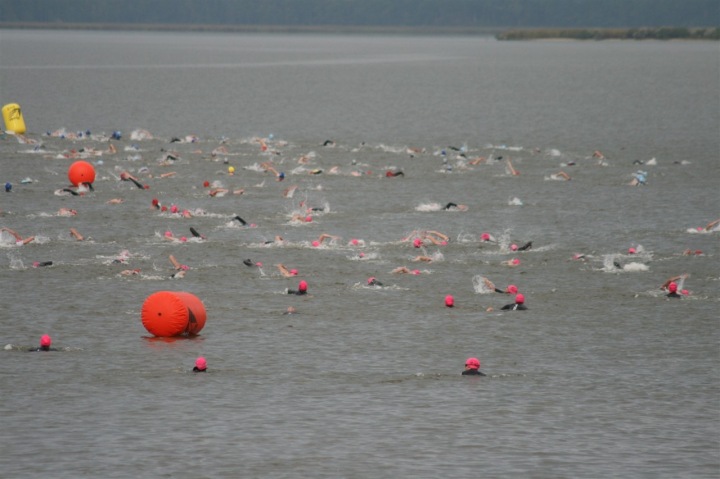 They came out of the water pretty quickly. So after grabbing some swim exit shots I ran across a cornfield to get some cool blurred background shots. 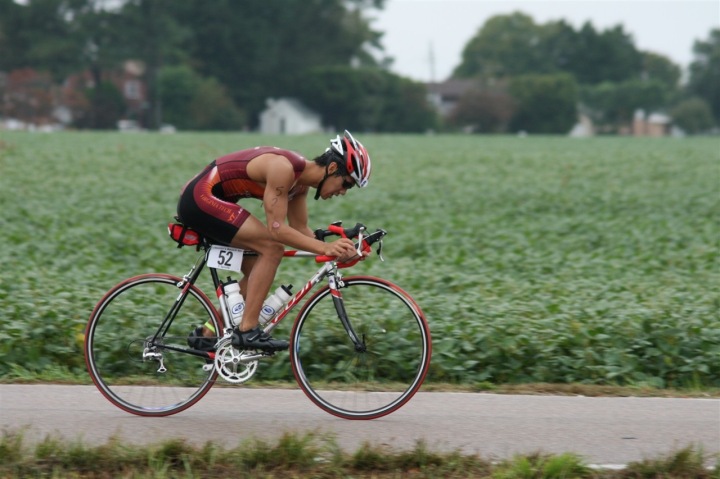 (I have no idea who the guy below is, he was just a test shot of mine)

Oh, and I found corn…in the cornfield. 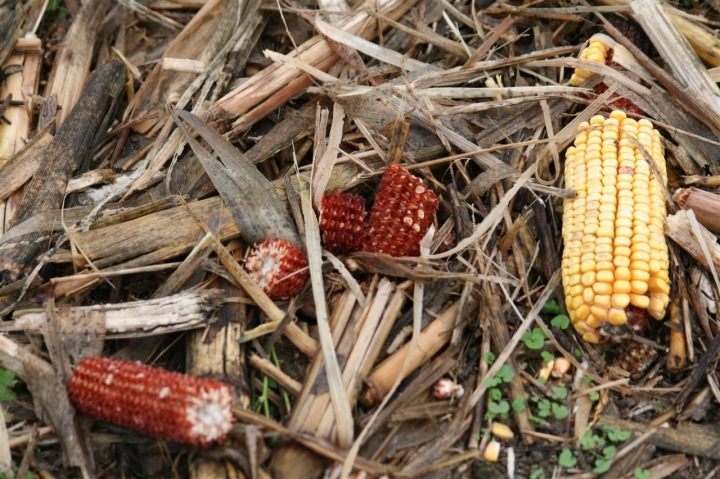 After that I ran to the other side of the bike course to get more shots of cyclists. Yes, the water did eventually cover parts of the roadway. 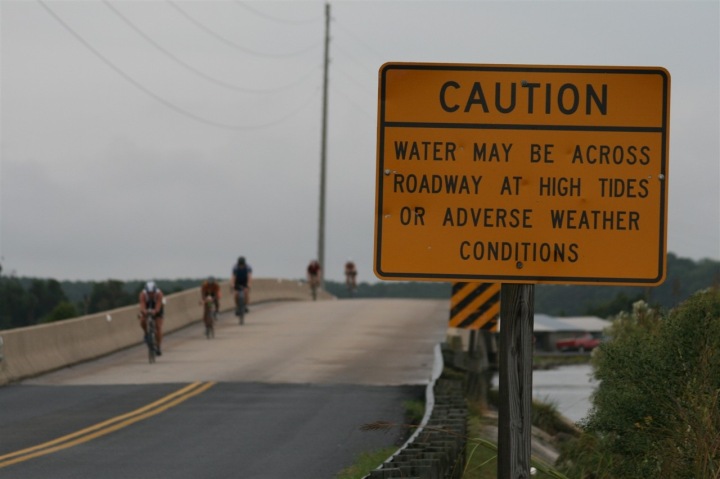 Then I ran back again across the cornfields to get shots of runners: 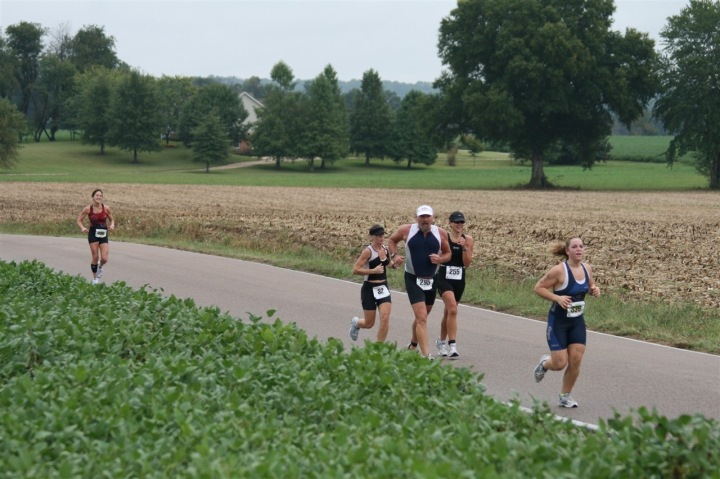 I ended up hanging out near some police folks while they did the watching people thing. 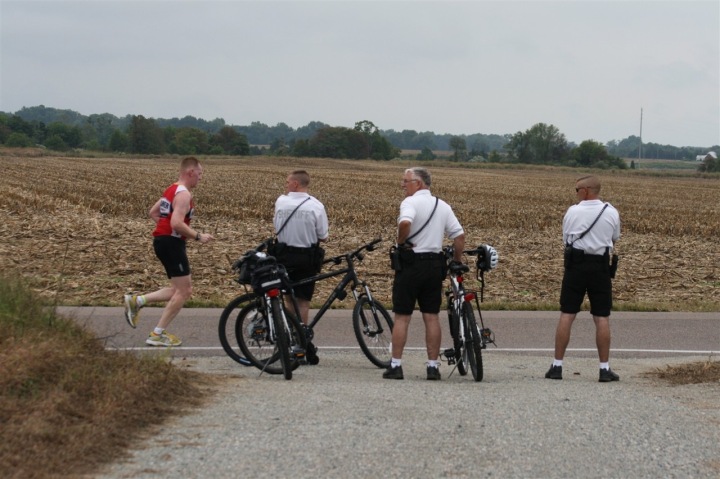 (Side note: If you are DCTRI, and you were wearing DCTRI stuff, then I likely got photos of you on the run. If so – just e-mail me and I’ll send you the high res ones. I only got photos female DCTRI runners…but I promise you that’s because those are the only folks I saw in DCTRI kits).

After she finished obliterating folks on the run and rocking the race and it was eventually it was time to go back to the campsite and pack up. This included trying to dry the tent out…upside down, which…actually worked pretty well. 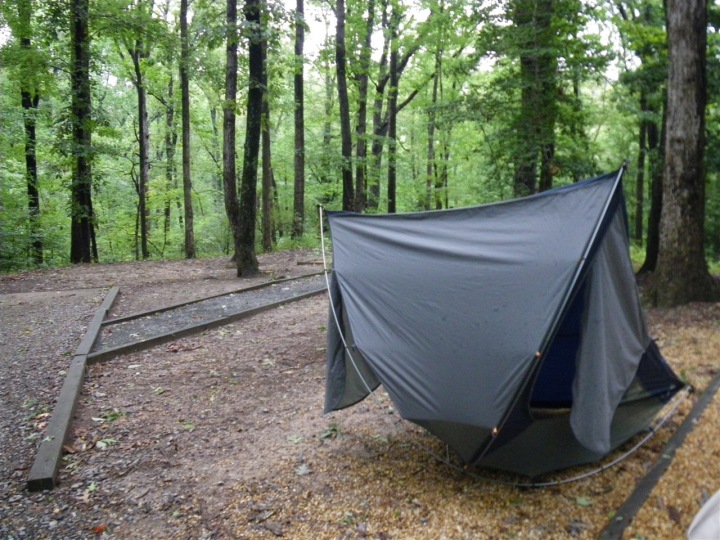 It of course rained most of the day, including the way home. Here’s a rainbow just a few miles from home. 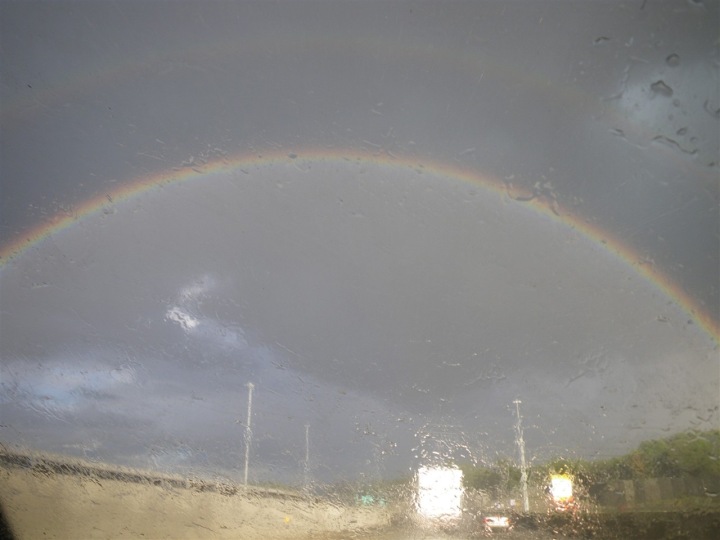 After all that, at about 7PM I had to go out and get in a 90 minute ride. Lacking anywhere to go when it’s dark and rainy out, I just circled my street a few times (8 mile loops)…and 32 miles later of wet and dark (yet oddly peaceful) looping I was done. 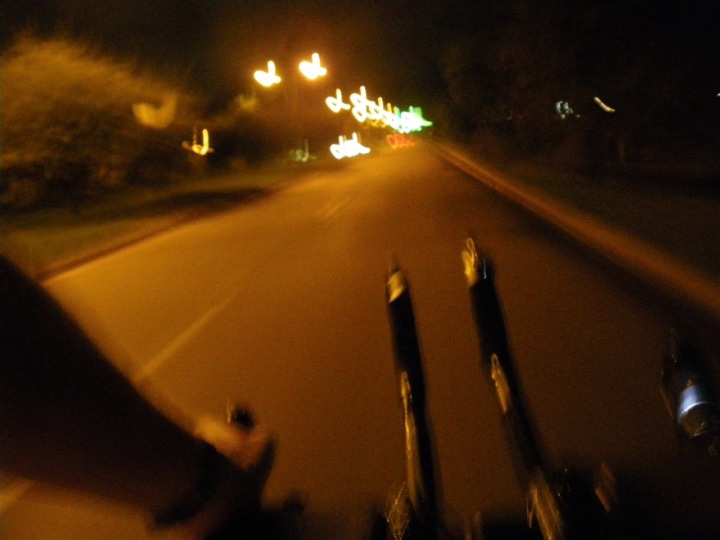 That’s my weekend in a nutshell. Good times! After almost 4,000 yards today in the pool, tomorrow its back to track! Woohoo!