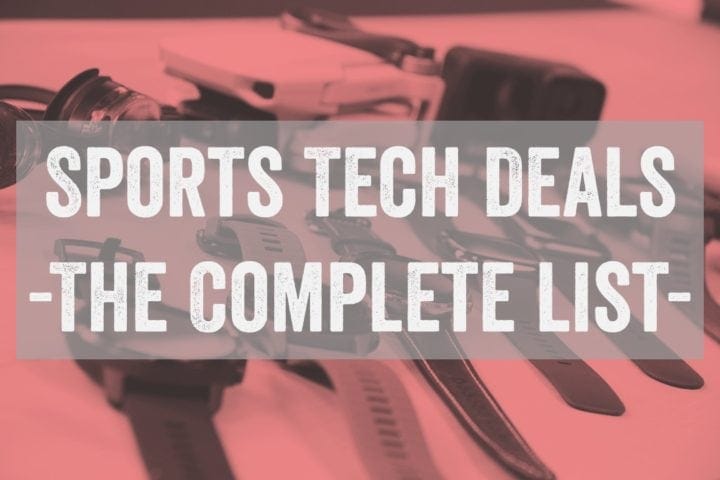 It’s back again – Amazon Prime Day…err…Days. That means that most (all?) Amazon country properties are doing pretty substantial deals across the board on all sorts of products, and that definitely includes sports tech gear. This event is held each summer, usually in July, and often this day has better sports tech deals than even Black Friday does (from an Amazon perspective).

In some ways, a July sale date for sports tech items is timed perfectly. See, typically Black Friday deals are for ‘older’ things, rarely the ‘just announced’ stuff that often comes in the late August to October timeframe (especially cycling trainers and watches). But with Amazon Prime Day being in July, there’s more opportunity for brands to put things on sale for a one-off summer day. Typically speaking though, don’t expect to see things on sale that were announced this year.

To take advantage of Amazon Prime Days you simply need to be an Amazon Prime member. The good news is that you can sign-up for the free trial and cancel later if you don’t find value in it. Just hit up this giant banner below to do so:

I’ve organized all the best sports technology Amazon Prime Days deals (and a few others I’ve found) below in the tables by category. I’ll be updating them throughout the next two days. Keep in mind not all deals last (in fact, most don’t). So if you see something that’s hot, I’d strongly suggest buy now (and return later if need be).

With that, onto the deals! And thanks for supporting the site via the links below. As an Amazon Associate I earn from qualifying purchases. Enjoy!

Europe Folks Note: This year almost *ALL* of the watch/cycling deals you’ll see in the main lists are available in Europe too! So you can click on those links and it’ll theoretically redirect to the correct Europe store. For the most part, the %-off are the same (a first!). I’m also adding in Europe-only/unique deals to the bottom Europe section too.

This covers anything you can wear that’s watch-like or activity band-like, including sensors.  Generally speaking, you’ll mostly find deals here that are on things I’ve written about in the past.  So you won’t find a deal on some random non-sports tech watch here, or on socks. Unless the socks have some crazy sensor or something in them.

Wanna record it?  No better way than an action camera.  Anything that’s action camera-related or drone-related you’ll find here.  That’s especially true of action camera mounts, which are often found for great deals around the holidays.  Same goes with drones and drone accessories.  Usually a great time to pick up an extra battery or extra props.

With that – thanks for reading, and for supporting the site via the links above.