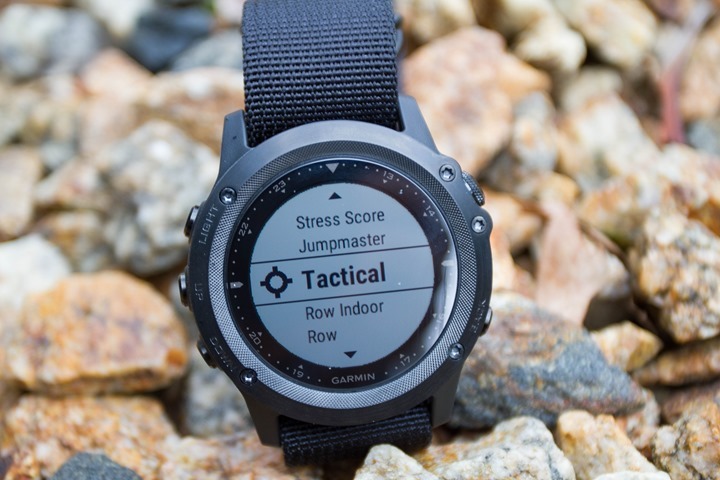 While earlier in the week I gave you a look at the new Garmin Fenix3 HR, the extent of my Tactix-Bravo photography was rather limited (I only included one photo).  However, the reasoning will explain why this post will be shorter than my norm.  And, I’ll also explain what the heck the watch is.

See, in many ways the Tactix Bravo and Fenix3 are like twin siblings.  Not identical twins, but twins nonetheless.  As such, they largely share the same firmware between them.  So in my case while I had a Tactix Bravo I lacked the Tactix Bravo firmware, instead having the Fenix3 firmware on it.  So, on account of keeping everything photographically tidy with showing you the right things I waited till now to have photos with the correct watch software version. 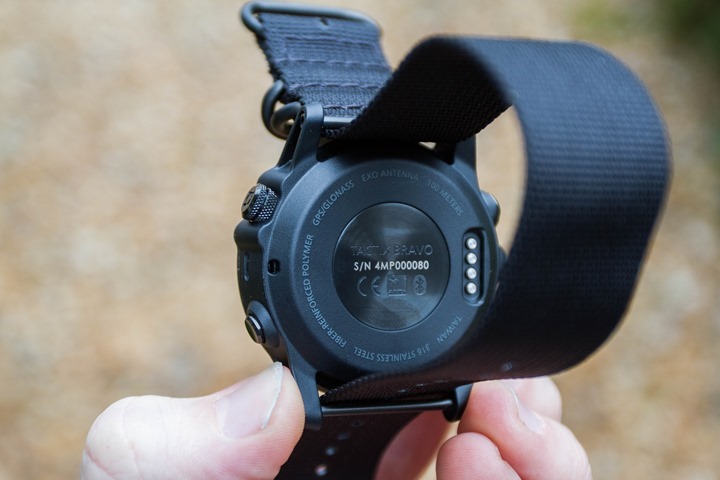 So what’s different then between the Fenix3 and the Tactix Bravo?  Beyond the price ($499 vs $699), not a ton.  But for a very slim segment of the population, those differences are significant.  Here’s the distilled version of what’s different:

Hardware:
– Night Vision Goggle Friendly Backlight: If you’re wearing NVG’s, the watch display will still be readable when you enable the backlight
– Slight difference in bezel/case design: Ensuring it’s non-reflective.  Also is carbon-coated to “prevent knicks and scratches” (their words, not mine)
– Contains Sapphire glass: Some Fenix3 units do not (varies by model). The Tactix Bravo is Sapphire-only
– By default includes nylon (fabric) strap: Similar to NATO style, just slightly different size specifications.  You can always swap it out for any other Fenix3 straps.

Software:
– Added ‘Tactical’ Mode: This mode allows you to display two sets of coordinates on a single screen (seen below).  It’s technically considered a separate activity/sport mode (like swim, bike, run, etc…).
– Added ‘Jumpmaster’ Mode: This mode allows you to coordinate jumping out of an aircraft with a variety of different configuration components.  This is the same Jumpmaster mode that you know and love from past Garmin wearables.

Now, both of the above modes can actually be added to your Fenix3 if you go into ‘Settings > Apps > Add new’.  What’s strange here is that while these have been on Garmin Fenix3 beta builds for a while, Garmin also stated to me at CES they wouldn’t be on production Fenix3 builds.  So, I’m not entirely sure what to think since they clearly are in current production builds.

If you’re comparing additional differences between the Fenix3 and the Tactix Bravo, you need only go as far back as elementary school with the whole square is a rectangle thing, but a rectangle may not always be a square.  The Tactix Bravo has every software feature of the Fenix3. Period.  The only hardware feature that’s different (or lacks) is that the Fenix3 HR version includes an optical HR sensor, while the Tactix doesn’t have that option.

Oh – but what about the Tactix Bravo and the original (older) Tactix?  Well, the differences there are quite frankly too numerous to list.  The easiest way to compare them is to just remember that the original Tactix is basically just Fenix1 with the same slight hardware/software differences that we now see in the Fenix3/Tactix Bravo.  Of course, the gap between the Fenix1 and Fenix3 is generational.  I’d never recommend anyone to buy a Fenix1 or original Tactix now. 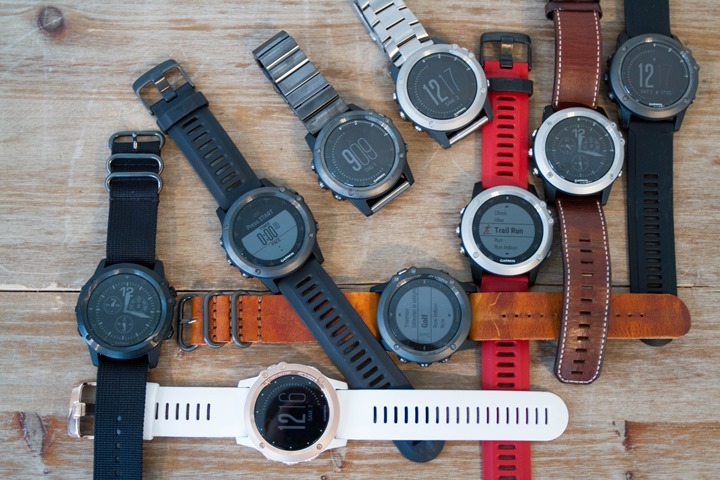 So ultimately you may be asking yourself who the market is for this unit and if you’re it.  Or, if any one of the umpteen other Fenix3 units seen above are better options (the Tactix Bravo is far left).  Well, it’s easy if you really just distill it all down.  If you answer yes to one of these three questions, it’s for you:

For the ones with the *, see my earlier note about Fenix3 versions having it, but maybe not forever?  Of course on the hardware side, if you just like the look and feel of the Tactix Bravo, that’s always a perfectly acceptable excuse too.  If none of those three things appeals to you, then simply save your cash and get the Fenix3.  Easy as that.

Update: You can now pre-order the Garmin Tactix Bravo on either Clever Training or Amazon.  If you use Clever Training you’ll get free US shipping, and you can save a bundle of cash using the DCR/CT VIP Program! All of which helps support the site here.