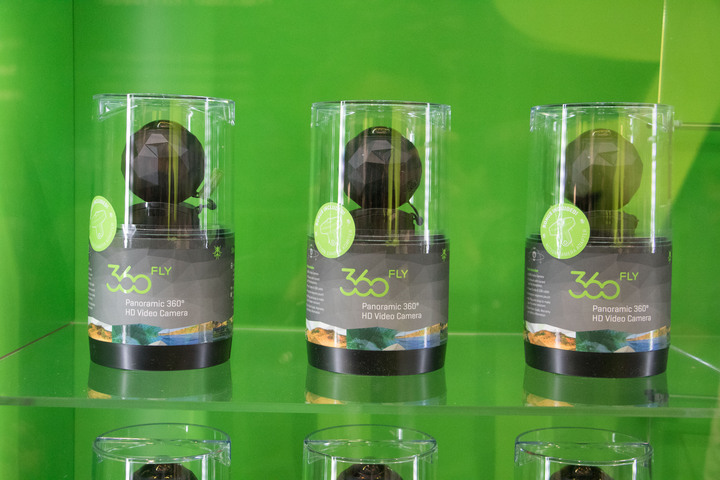 Just as last year was the year of the drone at CES, this year there is a lot of buzz about virtual reality. Lots of news surrounding bunches of new VR headsets.

And to do VR, you need 360. As in a 360° camera (or set of cameras) to capture the whole picture. So here’s a quick look on a few notable 360° cameras; a couple of which have been covered here in previous DCR CES reviews, and one totally new player.  Plus, news from the biggest player: GoPro.

Now do keep in mind that you don’t need a VR headset to watch 360° action cam footage.  YouTube started supporting it last winter, making it easy for companies to get video out to the masses.

(Minor note from Ray: Both Randy and I blended on this one together for a combo-dish post of sorts.)

Ray wrote about this one last year at CES when they claimed to be just a few weeks away from shipping. Well, here we are a year later and nothing has shipped yet. Speaking with the Giroptic engineers here at CES their new promise is to have the units shipped to their Kickstarter early adopters no later than the beginning of Q2. We’ll have to wait and see if that happens, just as we did last year.

Now, to their credit they have started shipping development kits out to development backers, but that’s been a relatively long and drawn out process.  It’s unclear if the production units will be as slow going.  Of course, the ultimate problem is that given this product was announced nearly 2 years ago, the world has moved on to 4K.  Hopefully, some of its other connected features can make up for that shortfall (such as their ability to plug into a light-bulb socket if you want a static location camera).

One common theme with all of these 360° cameras is the weak battery life, generally 2 hours max. The saving grace for the Giroptic 360cam is that it uses replaceable batteries that look and feel to be GoPro Hero 3 series batteries, though no one could really confirm if they were interchangeable. 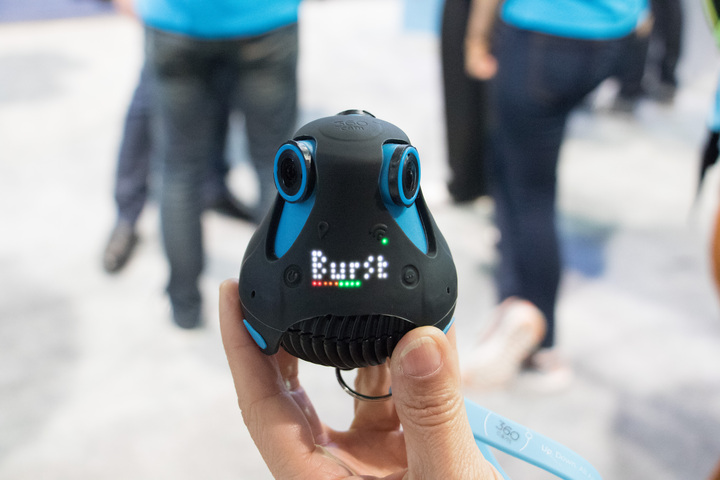 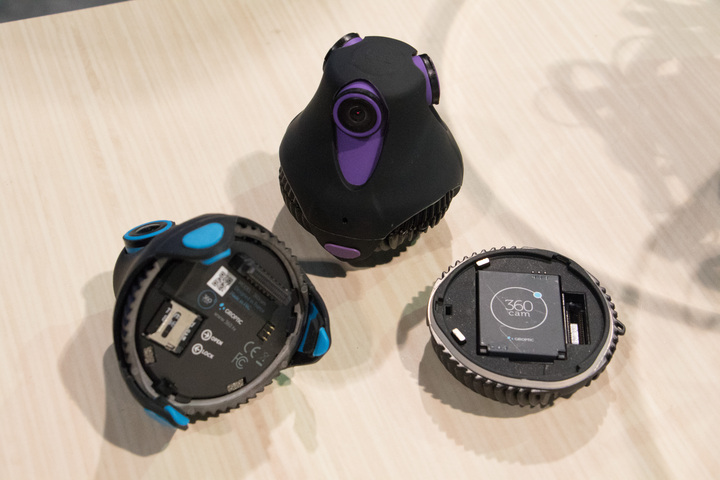 Interestingly enough the predecessor to the Giroptic first hit CES two years ago before this most recent incarnation.

Ray first noticed this one also two years ago at CES. Planned for a Q2 2014 release, they missed that date by well over a year and only had units show up on shelves back in October. That release is an exclusive in-store offering at Best Buy stores only (but at least available). 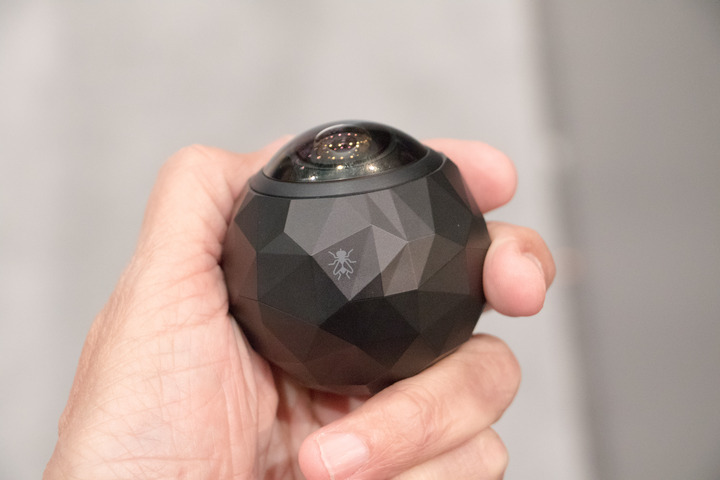 Now the company currently has two different cams on its plate: The original 360Fly, and the 360Fly 4K.  The original 360Fly is the one at Best Buy currently, shoots in 1080p.  Whereas the 360Fly 4K is coming out sometime between spring and fall (everyone has been given different dates).  Do keep in mind that when it comes to 4K 360° action cameras, the 4K is often a bit of a misnomer.  See, they get away with calling it 4K because that’s the total of the 360° image captured, not just the piece that you can show in your window at any one point in time.  So basically, you’re lucky to get 720p or similar for a given portion of the view.

And, just to assist further in confusion-minimization, they’re also working on another variant that will release in late 2016 that will feature a streamlined integrated unit embedded in motorcycle, snow, and MTB helmets in a partnership with Bell and Giro. 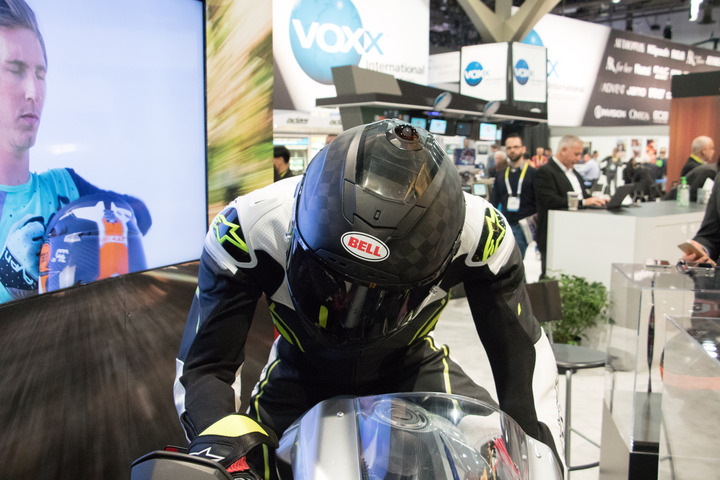 From a spec standpoint, the 360Fly 4K looks pretty solid.  It’s got waterproofing down to 3-meters, as well as GPS and the ability to overlay metrics like speed and distance.  But alas, I (Ray) still put this company in the not to be trusted with timelines realm, given their history.

Oh, and finally – the company is also apparently working on a drone too with the 360cam, as given a sneak peak here. 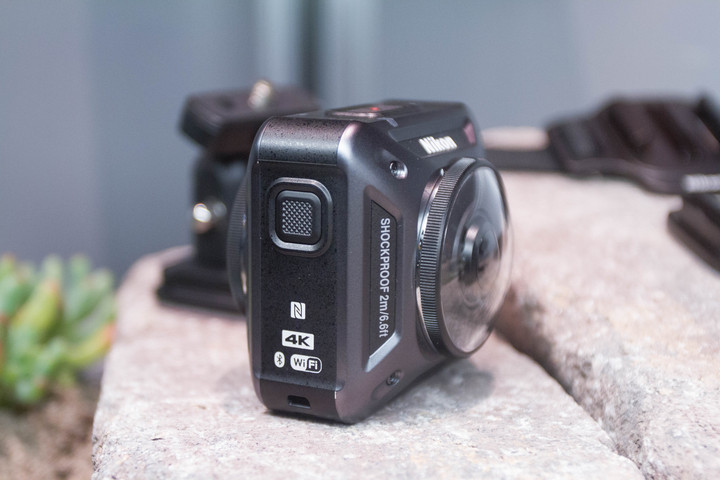 Not to be left out of the 360° cam gold rush, Nikon announced their new entry into the market this week. Unfortunately, all they have at this point are untouchable units behind glass; thus no hands on opportunities.  However, they did release a 4K video you can watch here.

The details are a bit slim on the camera right now, but we do know that it’ll shoot 4K (duh), but also has its own mount system that seems to be a hybrid blend of a tripod connector with that of a pseudo-GoPro sticky mount lock system. 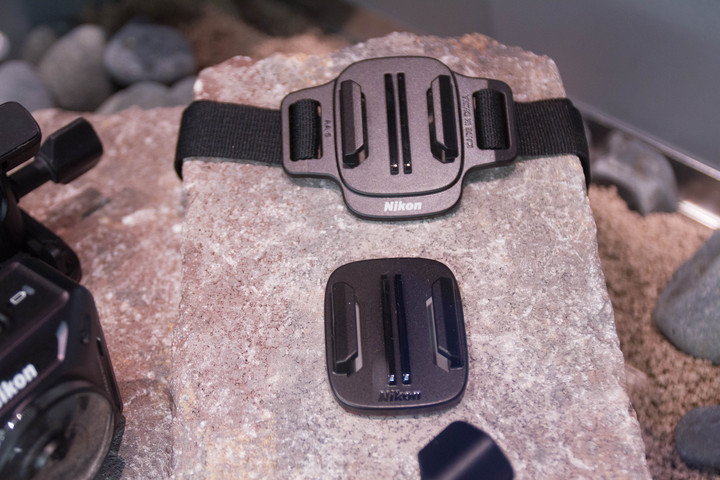 We also know that the unit has a remote control for it (common for 360° action cams), but we don’t know if that’s included with it.  Or for that matter, any pricing or availability information at all.

Finally, as for specs, aside from knowing it features both Bluetooth & WiFi, we don’t know the specifics on frame rates or even the details of the 4K implementation.  We do know that it’s waterproofed quite well though (100ft), and can sustain some sort of shock/impact from ~6ft.  Unclear if that includes flying off my bike at 35MPH as well.  Just asking for a friend. 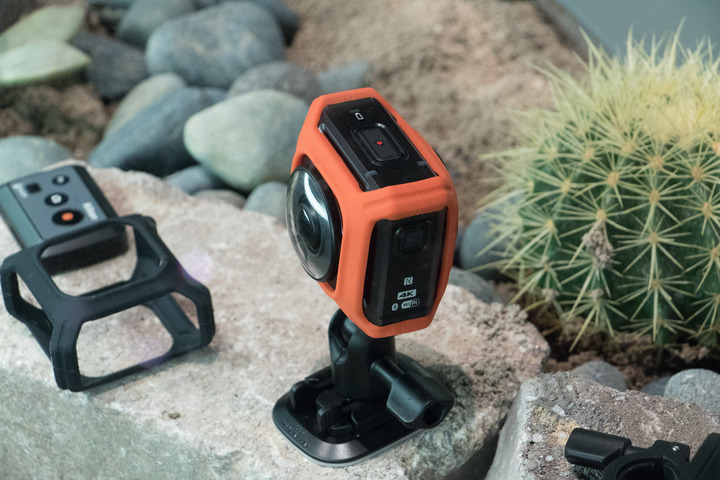 Still, the 4K entrance is big for Nikon, both in terms of quality levels, but also just introducing an action camera (they’ve never had one).  In addition to the action camera, they also introduced some sweet new DSLR’s that shoot 4K, I (Ray) am severely tempted by the D500 DX now, given the 4K shooting capabilities as well as WiFi/BT features.  My finger has been hovering over the pre-order button for the last few days.  My Canon 7D is getting long in the tooth, and I’m about to give up on Canon offering a more connected unit with 4K capabilities. 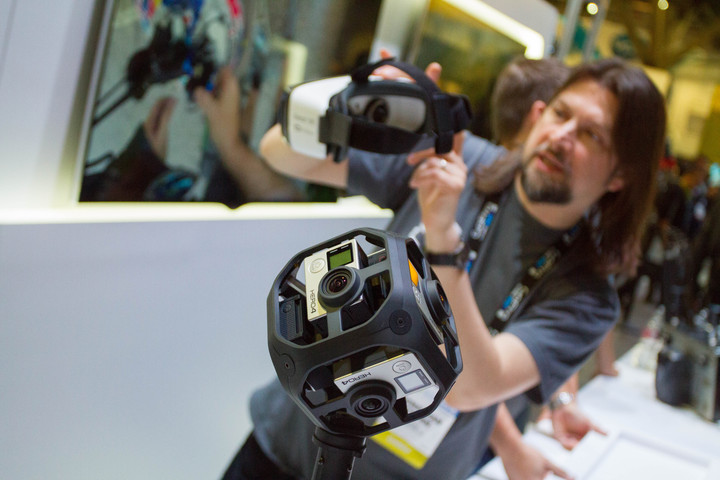 Not to be left out, GoPro’s CEO has become the king of walking onto a stage for a panel discussion and just dropping unheard of mention of a new product.  Sort of a ‘Let me just leave this one sentence here’ type of thing.  That’s been the case numerous times over the last few CES’s, and this week was no different.

On Thursday night they gave notice that they plan a consumer focused 360° action cam ‘soon’.  You’ll remember that last year they announced a few 360° systems using existing GoPro Hero4’s (as seen above).    But those systems were targeted at commercial users, and ranged in price upwards of $15,000.  On top of all that, they also acquired a company specializing in 360° video, and as of late GoPro has been sharing more and more 360° videos on their social media channels.

Of course, there’s zero details beyond the CEO’s super-brief mention.  Somewhat like the upcoming GoPro drone, now named Karma, it’s all about building up interest and keeping people from buying competitive products.  Given GoPro rarely releases a dud (and when they do, they seem to address faults quickly), it’s probably wise to wait a few more months to see if that 360° action cam makes it out to see the light of day.