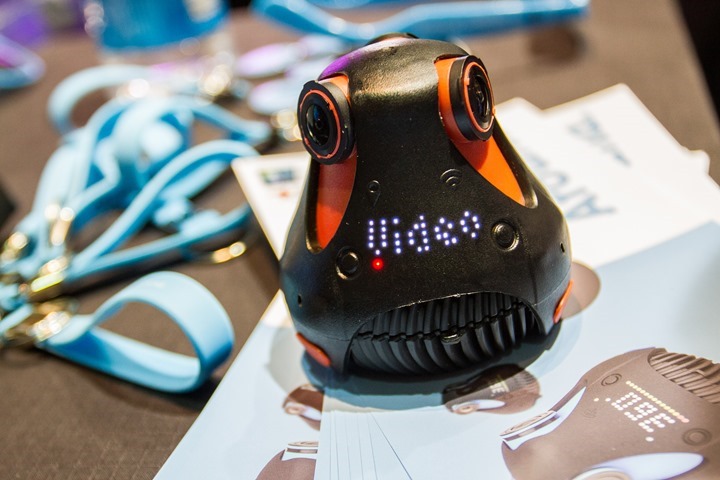 Giroptic was on-hand last night at the CES Unveiled event showing off their 360° action camera which had debuted on Kickstarter this past summer to very strong backer support.  The action camera is somewhat a descendent of previous attempts by the closely related Geanaute 360* action camera you’ve seen at past CES events.

This time though, Giroptic says they’re mere weeks away from shipping to backers.  They’ll be starting in the next few weeks by shipping out developer kits to those on Kickstarter that backed at that level.  Following that along with successful validation by those developers, they’ll move to mass shipping to the other 3,916ish Kickstarter backers.

If that occurs, it’ll mark the first HD 360° action camera to ship (but not the first 360° action cam).  The camera works by seamlessly tying together footage from its three small lenses that are evenly spread on the camera body.  This footage gives a spherical view (up and down) of all action around you, through both video and photo modes.  Today you can use their mobile app to view the footage, or an embedded web page to view the footage for desktop computers.

By using 360° action cam footage one could mount it on the front handlebars of a pro cyclist’s bike in the Tour de France and not only see the crazy sprint towards the finish, but freely drag around and watch the riders sneaking up on the sprinter and then the raw pain on the sprinters face that’s riding the actual bike the camera is on.  The potential is huge here for a totally different and interactive level in sports. 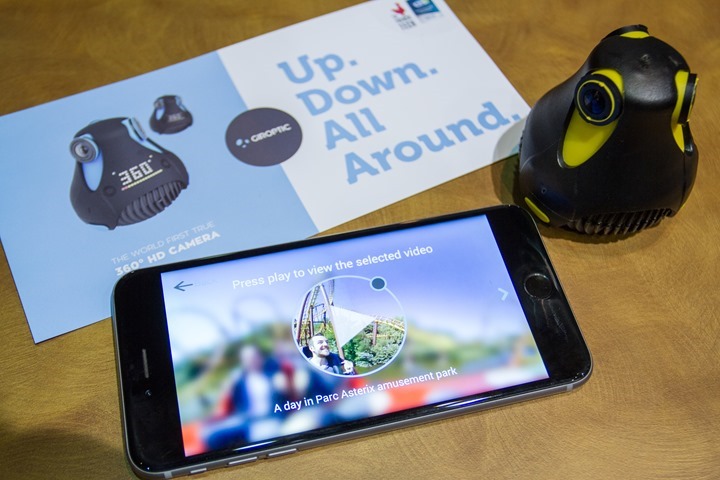 In addition to viewing the footage today on their app and web player, you can also use a setup with the Oculus virtual reality goggles to view the videos, which would automatically change the view as you move your head. 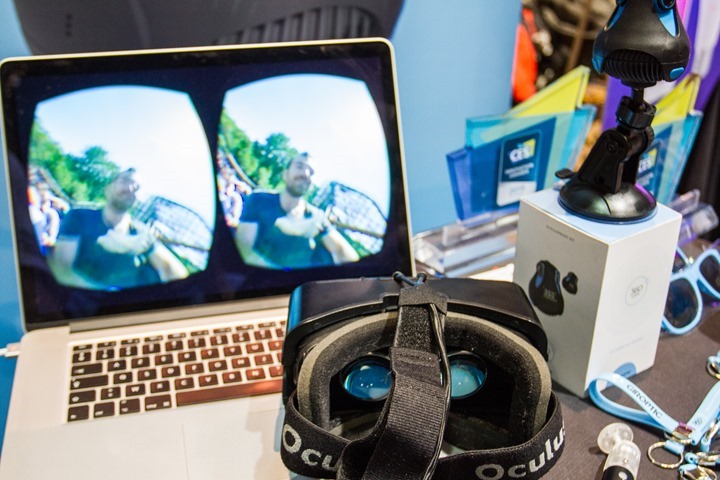 They also had on-hand two different base options for the camera.  The way the hardware is designed, the bottom of the camera can be unlocked and removed.  Below you can see the two pieces, with the right side being the non-lens portion that has a standard GoPro Hero3 battery in it.  While the left side has the three lenses, the MicroSD card, and all the electronics. 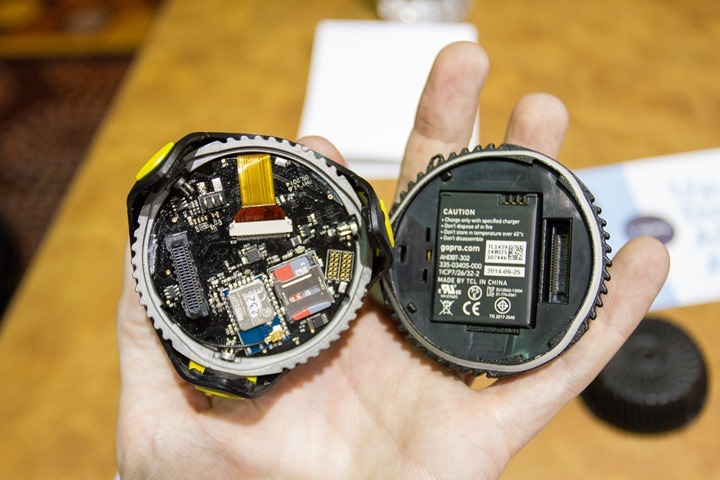 By separating out the components into two distinct pieces they’ve been able to make various attachment bases.  The first is an Ethernet base that includes standard power over Ethernet, which can power the camera via just the Ethernet cable.  The video image can then be served up and streamed via standard RTP video stream to anywhere you’d like.  There’s also a small audio port on the side to attach a dedicated microphone. 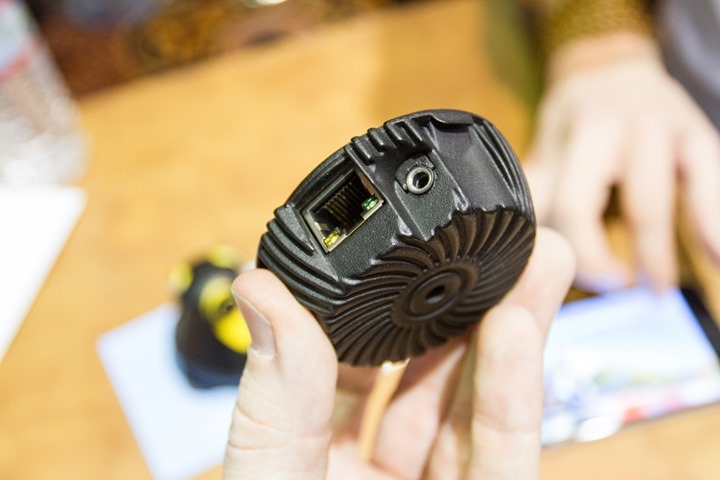 Then they’ve got the light bulb attachment, which allows you to plug it straight into the ceiling, where it can be connected to via WiFi: 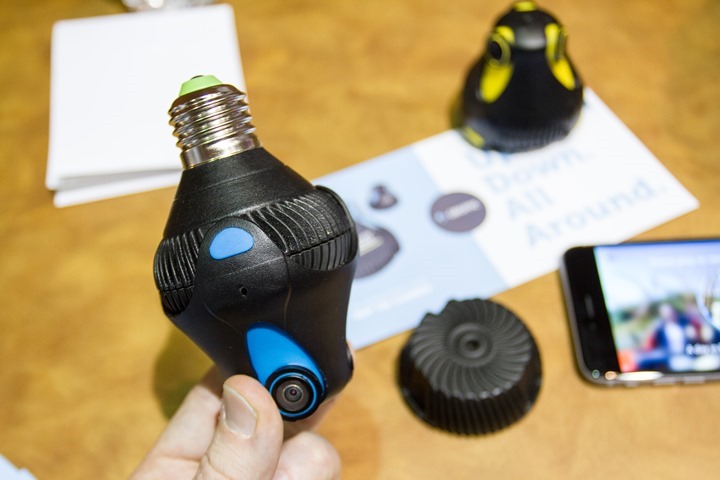 But the most important thing Giroptic had to show was actually something that they couldn’t yet demonstrate.  It was simply a written announcement by YouTube that they’ll be natively supporting 360° action cam footage later this year.

This means that you won’t have to deal with some (potentially) messy 3rd party embedded code or player to view 360° HD action cam footage.  Instead, it’ll be supported directly within the regular YouTube video player – including the ability to move around and change the view of the image.

It can’t be overstated how important this is for 360° action cam companies.  It’s the video industry equivalent of getting blessed by the Pope.  I suspect you’ll quickly see this market explode from being on the fringe to being the major action cam trend by next year.

At this point YouTube has published their planned implementation specification, which they plan to roll out a bit later this year.  Giroptic says that it should be in place by time they ship their action cams to regular users.

I’m definitely looking forward to testing the system out – hopefully sooner rather than later.

Thanks for reading!  And feel free to drop any questions below.