Sony has announced a new action camera, the HDR-AS50, coming in at a baseline $199.  The real news here is that Sony actually has listened to customer complaints (or suggestions as they like to call them) and then made some useful improvements over their existing action cam lineup. Perhaps the most notable improvement is the actual user interface. While the built in LCD is nice for configuring and controlling while capturing footage, in the old days it was a convoluted mess of step-through menu options that took far too long to navigate through for the simplest of actions. Even common operations like turning the unit off required unnecessary menu navigation.  It was as if you had to use a TI-82 calculator to program it.

That has now been addressed with a grid like menu presentation that is far simpler to navigate. 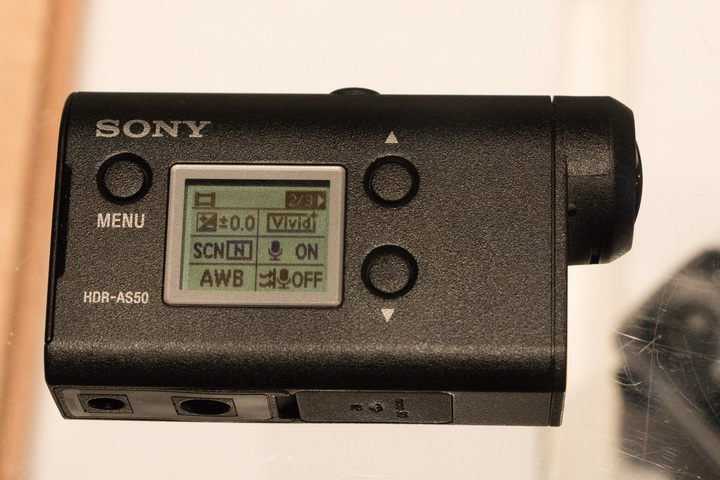 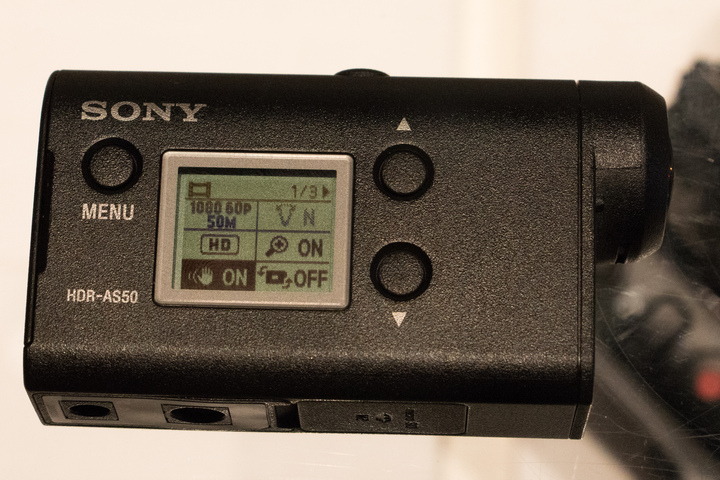 Of course, while it’s far simpler to operate, it’s still nowhere near as clean as something like the touch-screen on the back of the latest Hero4 & Hero+ LCD screens.  But hey, it’s a start.

In addition, they’ve made a minor form factor change, which now allows for a flat bottom instead of the curved topple-prone previous version. So you can now simply set it on a flat surface and start recording. And they wisely modified the tripod mount to use the industry standard ¼ inch thread doing away the need for an adapter.  Previously you would have had to have the little attachment piece on there, which in turn didn’t fit into the waterproof case.

And a new button arrangement has further simplified operations. There is even a dedicated power button now. 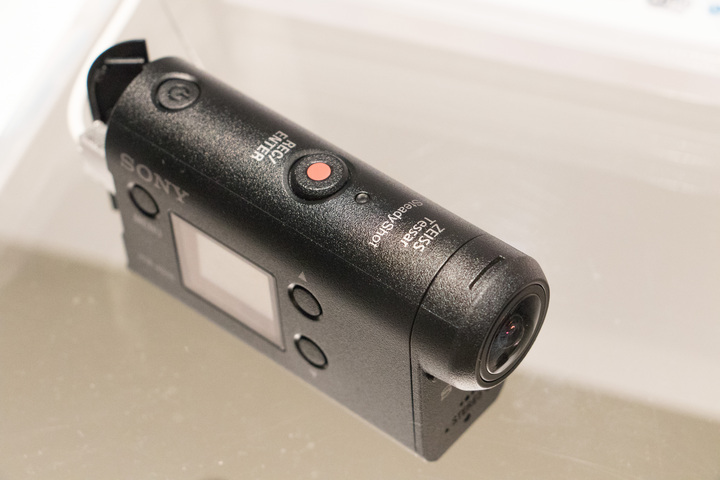 They now include the 60-meter dive housing; itself improved with new side-mounted buttons for navigating the new menu system without having to open the case constantly. 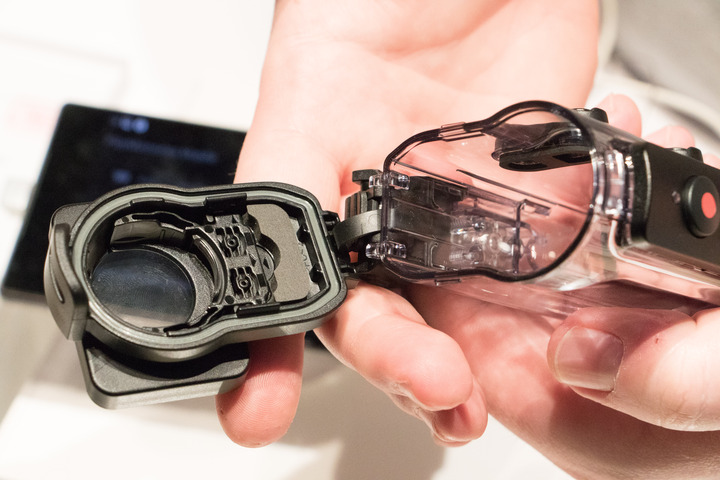 You can bundle it with the new improved Live View remote for $350. The remote can be wrist worn, or you can pop out the module and pocket it or even better, get the finger grip mount and have a live view right on the camera. 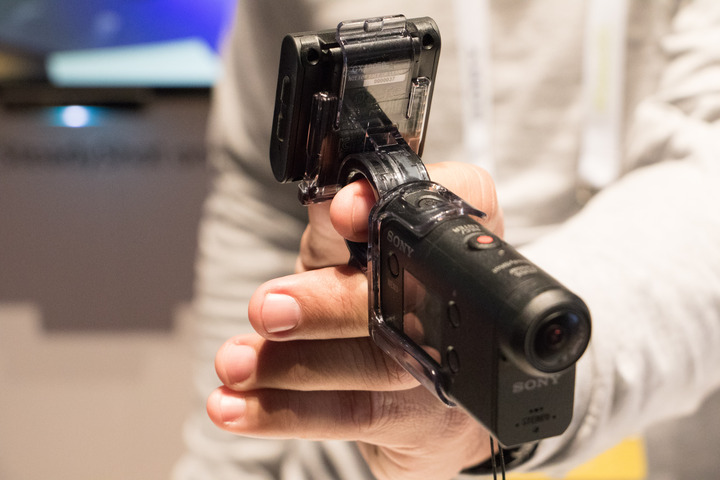 An interesting tidbit on the new live view remote is that it’ll automatically power on the camera, when you power on the remote.  So it acts like a legit TV remote control in a way. 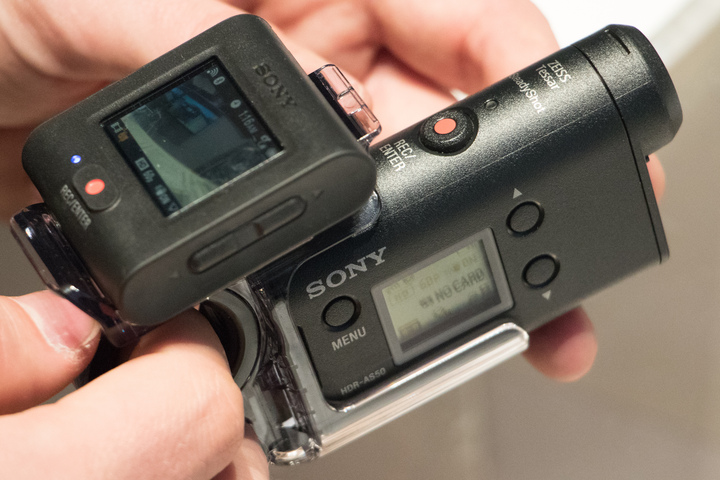 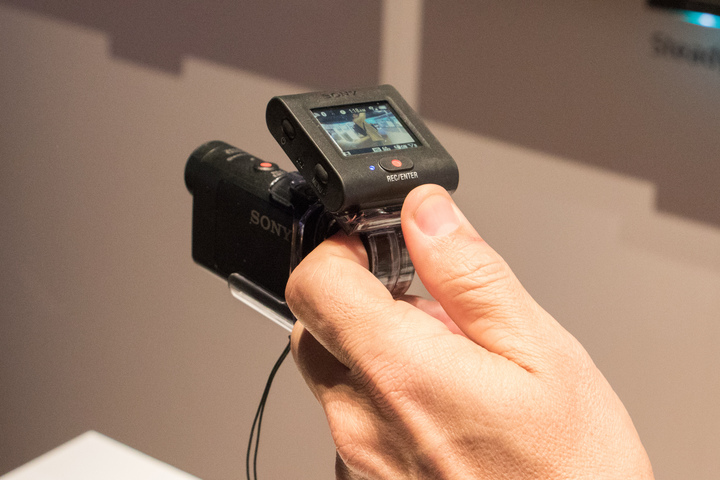 While the AS50 tops out at 1080p/60fps, it does contain a 4K time-lapse mode.  This means that any timelapses you capture will be rendered as 4K video (just like what GoPro does on their Hero4 Silver/Black).  For companies, this is relatively easy to do since the resolution of photos far exceeds what’s required for 4K – so they might as well add this in and then slap that 4K stamp on the camera.  But just be mindful that for normal videos, it’s not 4K.

If you want 4K shooting on the Sony lineup, you’ll have to use the higher end X-1000 model.  Unfortunately, the X-1000 is not currently slated to get the new improved user interface.  Hopefully that will change by the time a shipping date is announced for the AS50.  Sony is saying a late Q1 release time-frame, though it sounds a bit in flux.  Historically though, that’s usually been the case of a March-April time-frame for the companies CES announced action cameras to make it to retail shelves.