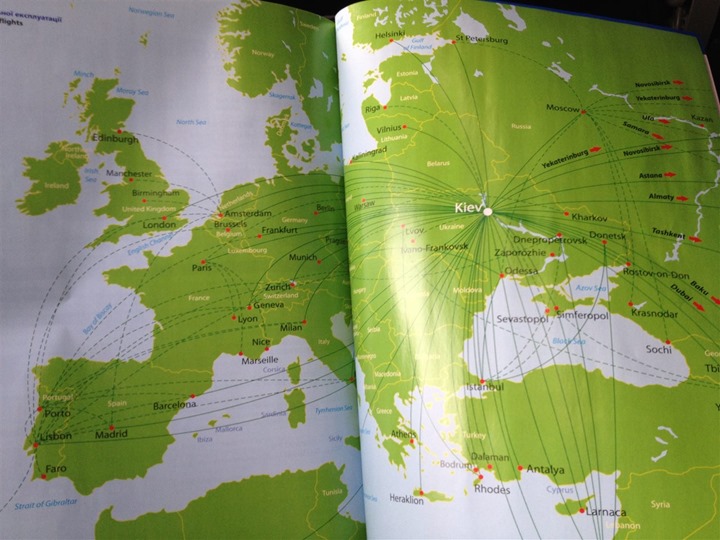 I found myself on Thanksgiving Eve cruising east towards Kiev, Ukraine – for meetings on Thanksgiving in the capital city.  The plane was pretty much empty, and in an ironic twist, the airplane food that was served was actually turkey.  It would be my only turkey over the Thanksgiving holiday. 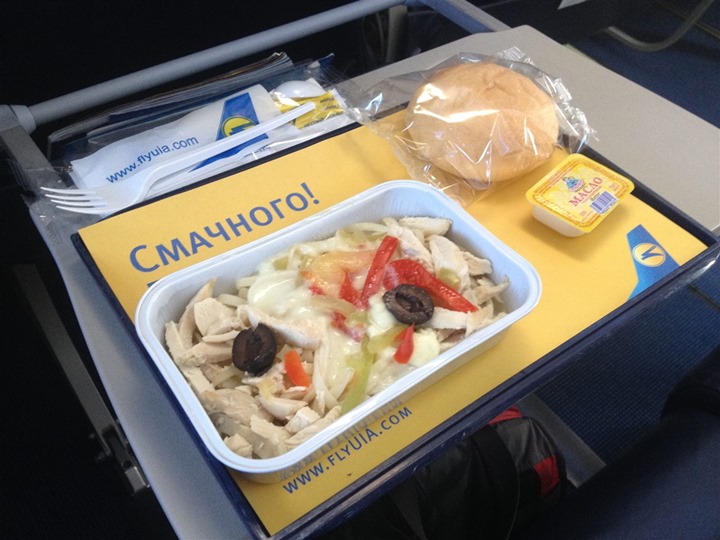 I’ve never been to Ukraine before, and upon wandering outside my hotel and Tweeting a photo on Instagram, I got an offer from DCR readers to give me a running tour of the city…plus dinner.  Seemed like a pretty good deal to me!

We met the following night around 7:30PM in front of my hotel, which was well located in an area full of interesting things to see.  While it had been snowing on and off for the previous few hours, none of it was sticking to the ground.

While I have a number of photos of the run, most of them came out kinda blurry.  Given it was night, and we were running, it’s a combination that doesn’t often fare well for most little cameras.  So really, by ‘kinda’, I mean ‘completely’.

The plan called for about a 12KM run (roughly 7.2 miles), that would take us past all the major sights.  The majority of the run actually avoided city streets, which was nice.  We dipped in and out of parks, connecting at least the first half to 2/3rds of the run. 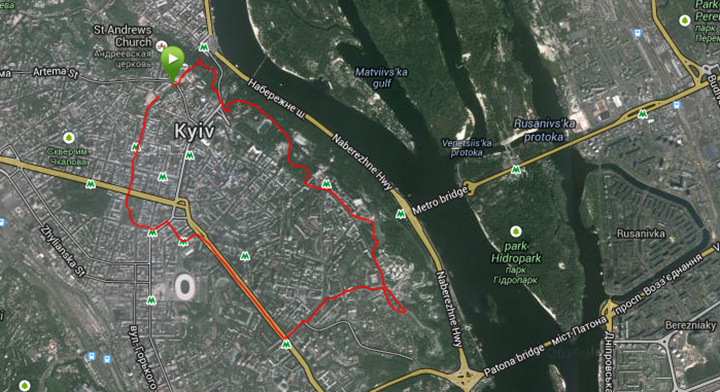 Along the way I got the skinny from the locals on all the monuments and the historical significance behind each one.  Modern day Ukraine is a relatively new country (independence was gained in 1991), but many of the buildings had both longer term Russian significance (and previous territorial ‘owners’ too such as Poland), as well as more recent Ukraine specific notables. 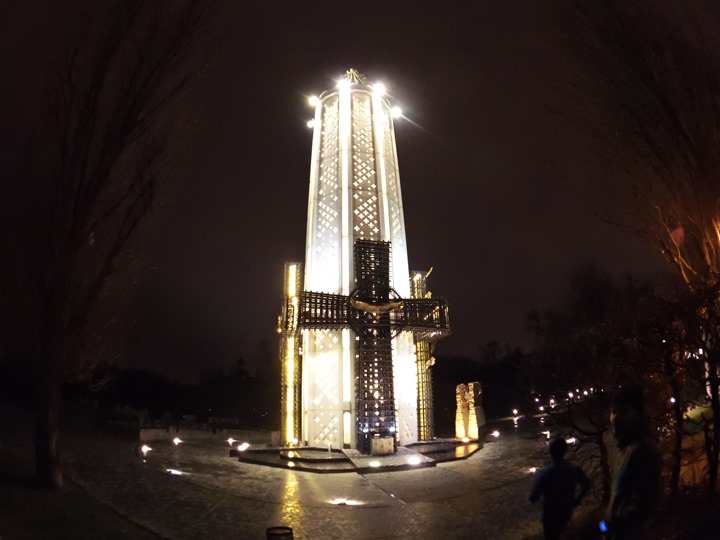 After being in and out of the parks we joined up a street that ran long a bit more of a walled park/estate area.  This would ultimately be the start of the city running. 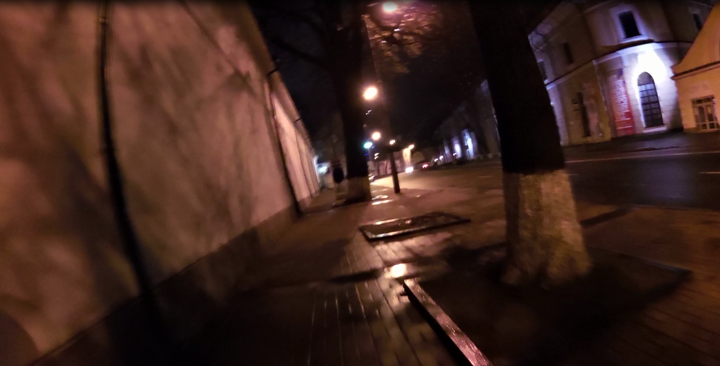 From there we zigzagged our way through the city.

At one point we went down some stairs like a typical street underpass.  Except, this one had a mall below the street.  And, in particular, a rather extensive ladies underwear section.  Yes, we just kept on running – right on through the middle of a wide variety of lingerie options.

Perhaps what’s even more strange than that though, is that nobody in the ladies department even batted an eye at it.  Apparently quite normal.

After our ‘underwear run’, we were back up working our way back towards the hotel.  Along the way I got (finally!) a good photo.  Or at least, as good as it was going to get.  This one is of the opera house. 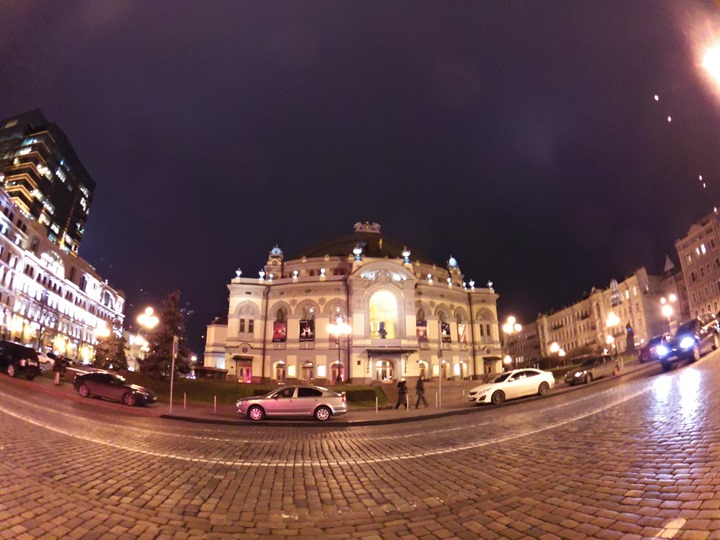 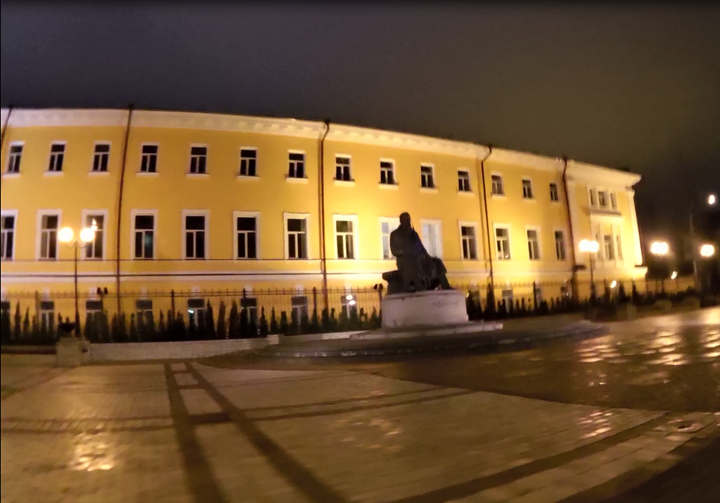 We then arrived about an hour later of easy running at our finishing locale with St. Sophia Cathedral in the background of the square. 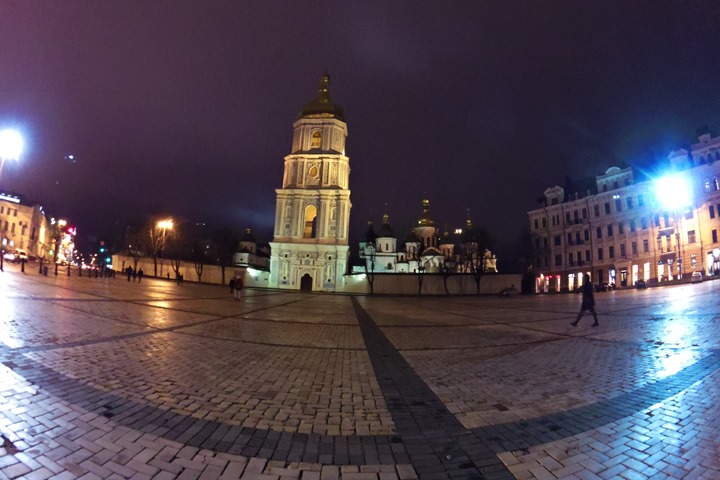 At this point I simply walked across the street to my hotel. 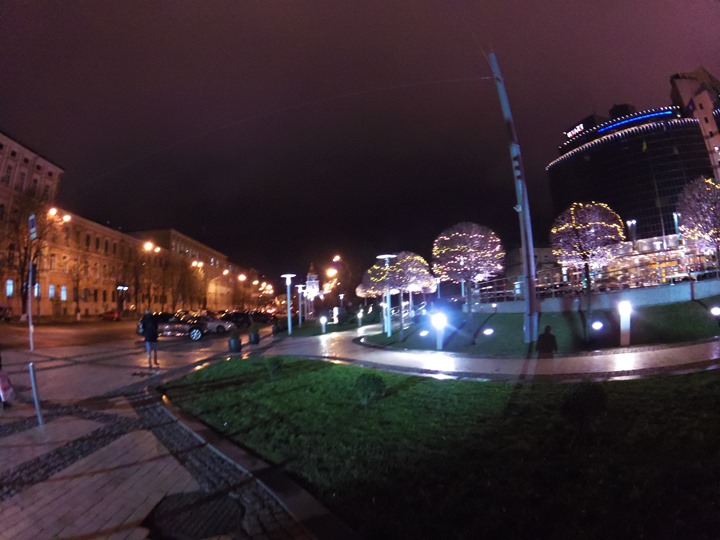 At that point we split up for about 45 minutes to go get cleaned up and changed.  We’d meet again and walk about a mile over to a well known place to get a bit of local Ukrainian cuisine.  I’ve never had Ukrainian food, so I wasn’t quite sure what to expect. 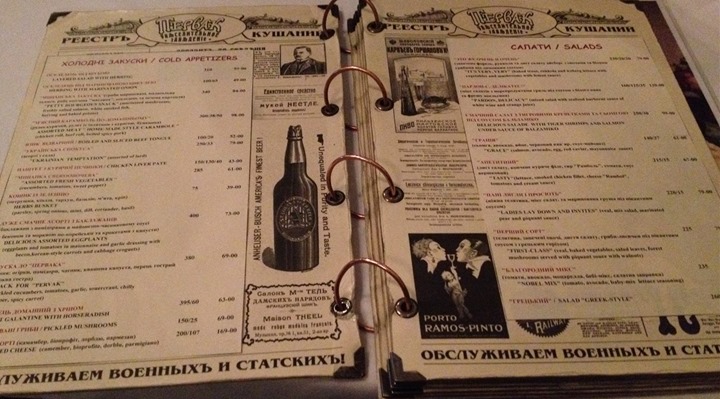 For an appetizer I had borshch soup.  To the right there’s cream you could add, as well as a garlic sauce you could dip in.  Meanwhile, the glowing-green drink is a sort of lemonade/limeade that’s actually from Georgia (the country, not the state).  Next to the bread there are three types of butter: Cheese, Garlic, and Fish.  Yes, fish.  That one remained untouched. 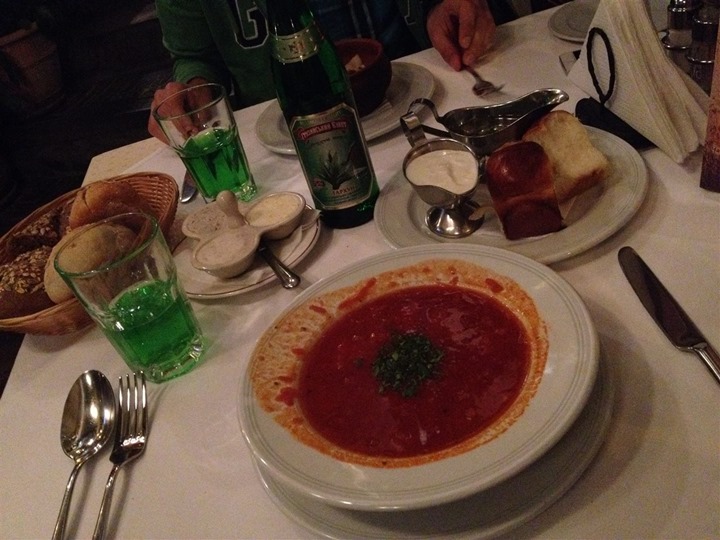 For the main course I had the most brilliant creation ever: A deep fried chicken piece that was cored out and had clarified butter inside of it.  When you cut it open, the butter ran out, perfectly ready to dip the bread or meat into it.  It was like taking crab legs to a whole new level.  After all, why bother with the whole dipping thing when you can just stick it inside? 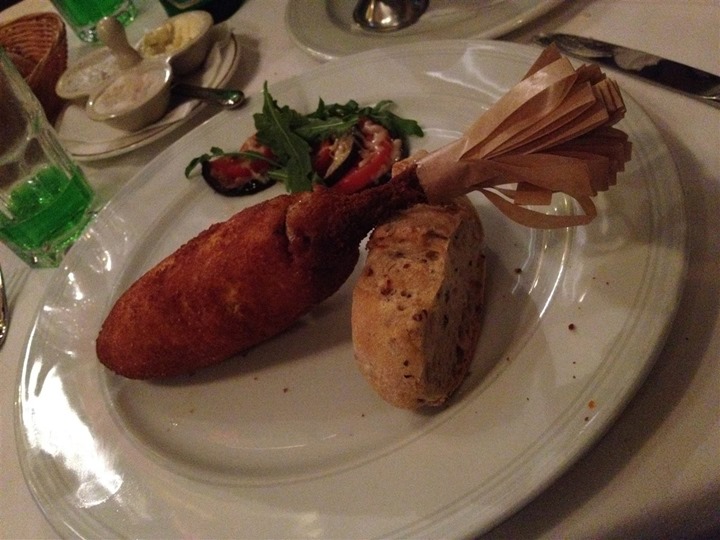 Post butter-stuffed chicken, I was too full for dessert (a rarity I admit).

Thus with that, I left Kiev behind.

Thanks to Aleksey, Denys, and Dima, who led me on the runaround, it was great seeing the city with you! 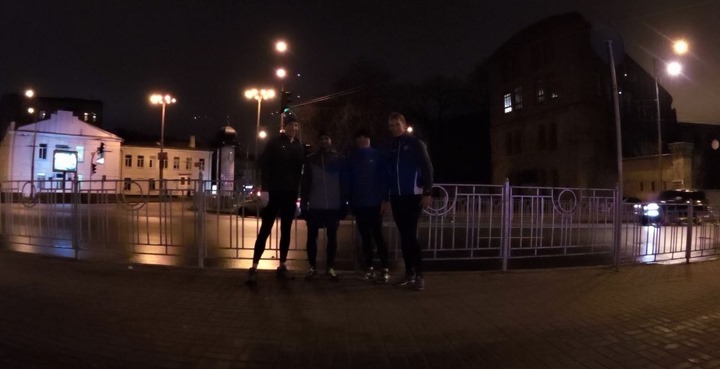